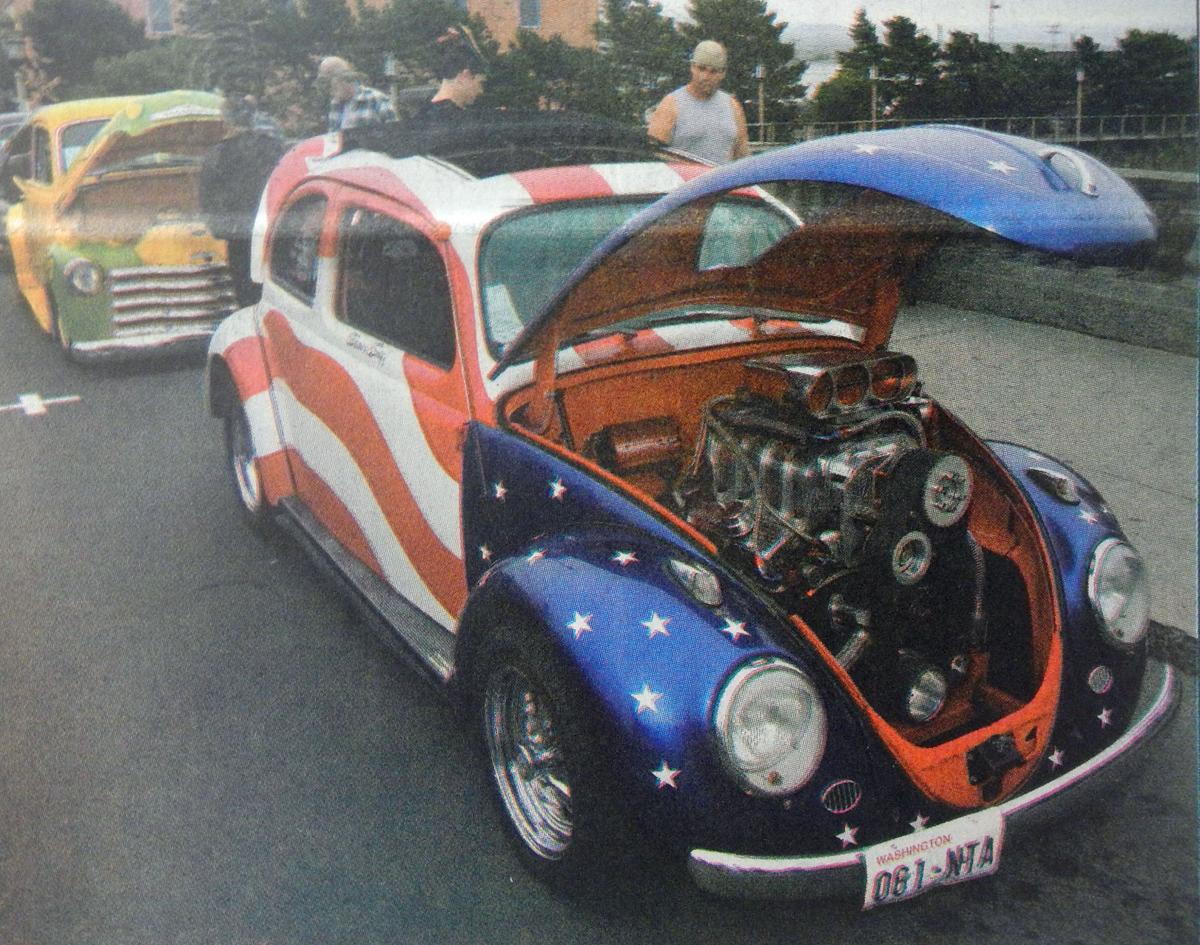 2009 – A 1961 Volkswagen Bug with a supercharger V-8 seems appropriately named. To drive it you have to be ‘Brave Enuf.’ 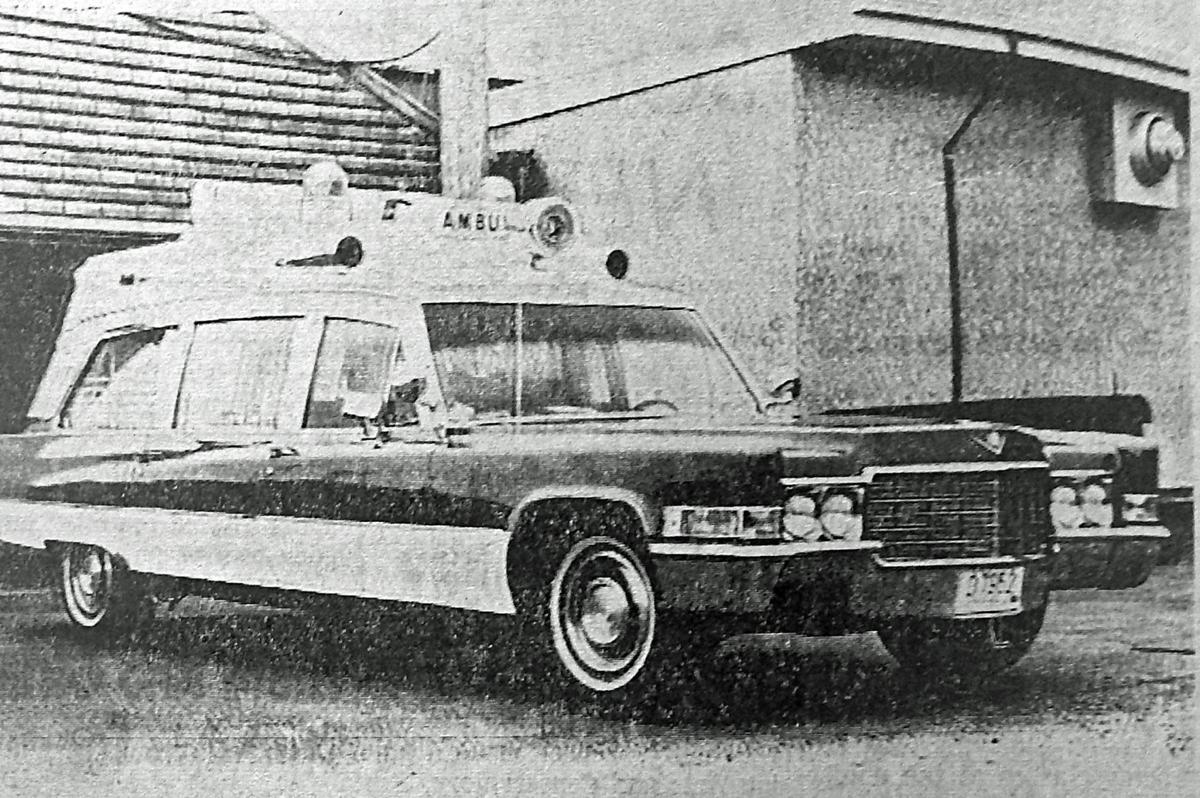 1969 – The Long Beach Peninsula area is now being served by this brand new ambulance, purchased by the fire department for $16,000. Firemen are now conducting a membership campaign to raise funds to pay off the $2,500 balance remaining on the vehicle. 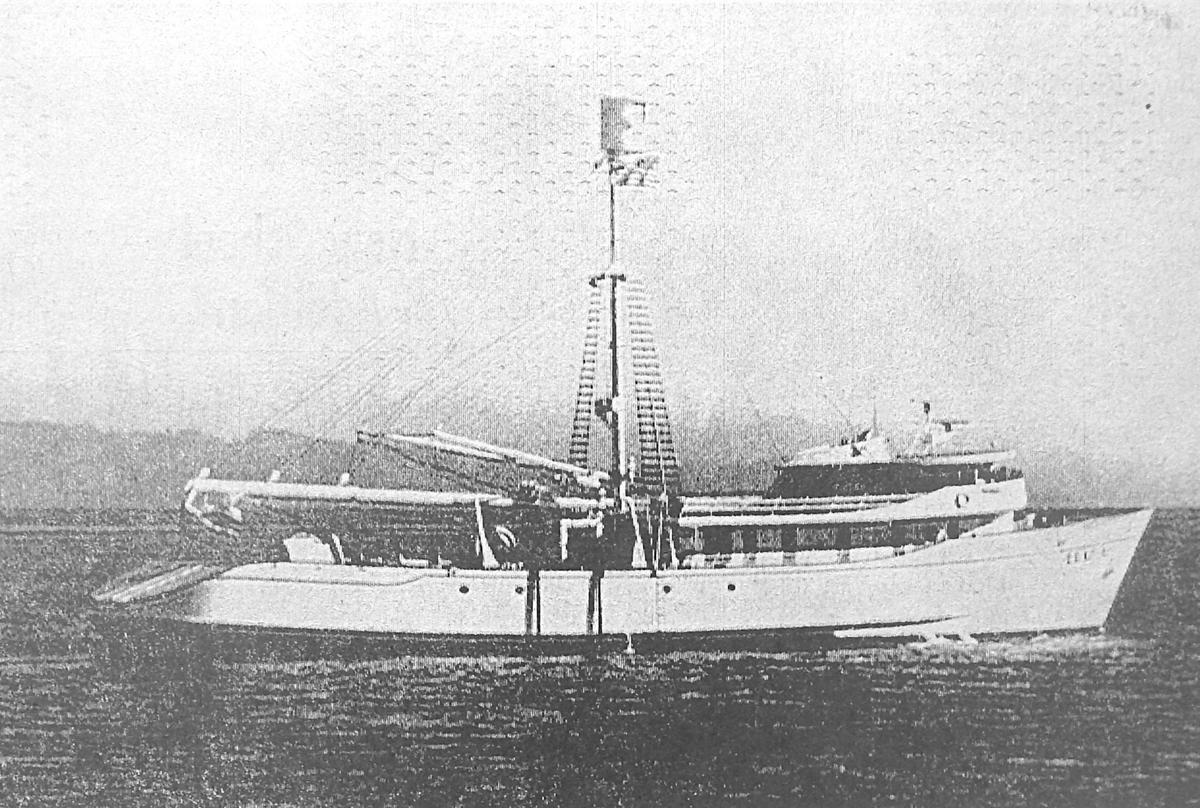 2009 – A 1961 Volkswagen Bug with a supercharger V-8 seems appropriately named. To drive it you have to be ‘Brave Enuf.’

1969 – The Long Beach Peninsula area is now being served by this brand new ambulance, purchased by the fire department for $16,000. Firemen are now conducting a membership campaign to raise funds to pay off the $2,500 balance remaining on the vehicle.

A lot is written about how car manufacturers don’t make cars that Americans want. If you were in downtown Seaside over the weekend you might think that there has never been a car built that Americans can’t improve, or at least try.

How about a 1961 Volkswagen Bug with a blown V-8 stuffed in the front end? Or maybe a hot rod Volvo? Perhaps Kathy Pedregana of Gearhart’s 1937 Ford that really “needed” a bumper car attached as a trailer? Just a few examples of the different directions owners go to improve and personalize their vehicles.

Downtown Seaside was awash in custom and hot-rod vehicles for the 12th year of the Wheels and Waves car show. Four-hundred cars had registered for the show, plus hundreds more special cars showed up, drawing thousands of people. Broadway and surrounding streets were closed so onlookers could walk and view the parked vehicles.

SEASIDE — A city ordinance covering vacation home rentals may undergo several changes — from how rental permits are approved to how many guests can occupy a house and how many cars can park there.

Planning commissioners met with three owners of local vacation home rental agencies Tuesday night to discuss changes being considered by the city. The meeting was the first of several that will occur over the next several months before any final decision is made.

1959. It was the year Alaska and Hawaii became the 49th and 50th states, Fidel Castro became the prime minister of Cuba and the Dalai Lama escaped from Tibet after the Chinese fired mortar shells at his palace. Here in Astoria, an interesting group of teenagers graduated from high school.

Included in the class were lawyers, a gastroenterologist, computer wizards, hospital workers, homemakers and business people.

They showed up in Hawaiian shirts that reflected the laid-back lifestyle of retirement many of them enjoy.

When it comes to the economic, social and political collaboration needed to develop renewable energy from the ocean, Oregon is a model for other states, according to state Sen. Betsy Johnson.

The Scappoose Democrat spoke to participants at the Ocean Renewable Energy Conference Wednesday.

“The Oregon Coast is not only ready for the future, its citizens are shaping the future,” Johnson said.

The $1.5 million Anne M., 165-foot tuna seiner, built for Bumble Bee Seafoods Co. by J.M. Martinac Shipbuilding Corp. of Tacoma, arrived in Astoria this morning after a cruise down the coast from the city of its birth.

The white-painted craft, trimmed in blue, is slated to leave Wednesday on the first stage of its maiden voyage after tuna in the waters off Central and South America.

Bumble Bee Seafoods said today one of its fishing boats sunk this morning after it was in collision with a freighter which was going upriver. The two men aboard the fishing vessel were rescued.

Frank Hoagland, Bumble Bee vice president, said the fishing boat Thelma was in collision about 3:30 a.m., 5 miles upriver from St. Helens. He said he had been told that the freighter didn’t appear to slow down after the collision.

The biography of an abandoned lighthouse in words and pictures was presented to the Astoria Kiwanis Club Tuesday noon by Portland photographer Bruce Luzader and Sam Foster, Clatsop County photographer.

Luzader’s color slide presentation described an “assault on Tillamook Rock” made by Luzader and dory captain Mal Ohlson of Cannon Beach with Foster as lookout man on Ecola Head. Luzader and Ohlson first visited the rock, site of an abandoned Coast Guard lighthouse, July 29 and returned July 30 with a larger group, including Oswald Allik, last keeper of the lighthouse.

It was abandoned by the Coast Guard Sept. 1, 1957, and replaced by a lighted buoy. After the State of Oregon turned down an offer of the rock from the Coast Guard, it was sold at auction to Academic Economic Coordinators of Las Vegas, Nevada, for $5,600.

According to a visitors’ book found in the hallway of the lighthouse building, the wind-swept, wave-battered rock has been un-visited since 1959 when representatives of the Nevada group wrote that anyone reading the book was welcome to use the lighthouse.

Luzader said the weather-deteriorated book, brought from the lighthouse on his first trip, will be loaned to the Columbia River Maritime Museum for display.

An official of the Northwest Aluminum Co. said Tuesday grading of his firm’s 900-acre Warrenton site is nearly finished and construction of roads on the site is to start next week.

Citizens of Clatsop County, like those around the state, feel that taxes are too high, with the property tax as the No. 1 target.

This was apparent after a public session on taxation held at Clatsop Community College Tuesday night by Oregon House Democrats.

Teachers are doubling up, there being one teacher for two grades.

At Ocean Park, opening day attendance was 50, with 13 in the primary grades, 23 in the middle three grades and 14 in the seventh and eighth grades. Oysterville school opened this Monday, with 11 pupils, with Mrs. Glenn Heckes in charge.

LEWIS AND CLARK — Rex Pratt intends to keep his natural woodland park a haven for refuge for the wildlife of the county, according to the signs posted about the premises. These state that persons are invited to walk or ride along the trails and roads of the park, but hunting is prohibited.

Pratt has been busy for a period of several years developing this natural woodland park on his place. He has cleared out the underbrush, done some grading, cut down many scraggly old trees and made trails and roadways through the area. At the outer edge of the place is the storage reservoir of the Lewis and Clark water company that is becoming a favorite picnic place.

Reports current in the city for several months regarding the sale of the Fred Meyer store building in downtown Astoria to a Los Angeles investment company were confirmed today by Don Smith, local Fred Meyer store manager.

The modern structure on Commercial Street between Eleventh and Twelfth streets and extending through the block to Duane Street was erected at a cost of about $35,000. It has been occupied by the Woolworth store and the Fred Meyer grocery now for a number of years.

No announcement has been forthcoming from officials of either the Woolworth company or the Fred Meyer company in their headquarters office regarding future business plans here, but both Smith and Earl Ebersone, manager of the local Woolworth store, said today that they had no reason to believe that the sale of the building would in any way affect operations of the two stores here.

Naturalization Wednesday to Nick Anthony Hazapis in the Clatsop County Circuit Courtroom fulfilled a childhood dream of a native of Greece who was in the merchant fleet of his homeland when the Germans invaded it, who jumped ship in the United States and is now a seaman second class in the U.S. Navy in Astoria.

Calls for help to harvest Clatsop County’s 30 acres of cranberries, so that some GI guy won’t be without trimmings on his hunk of turkey come Thanksgiving or Christmas, this week came out of the county agent’s office.

The entire Clatsop acreage, although about the same as last year, is expected to yield about 100% more cranberries. And every berry plucked from the low-growing bushes in the county’s famed bogs will go to Uncle Sam and for purposes both obvious and toothsome.