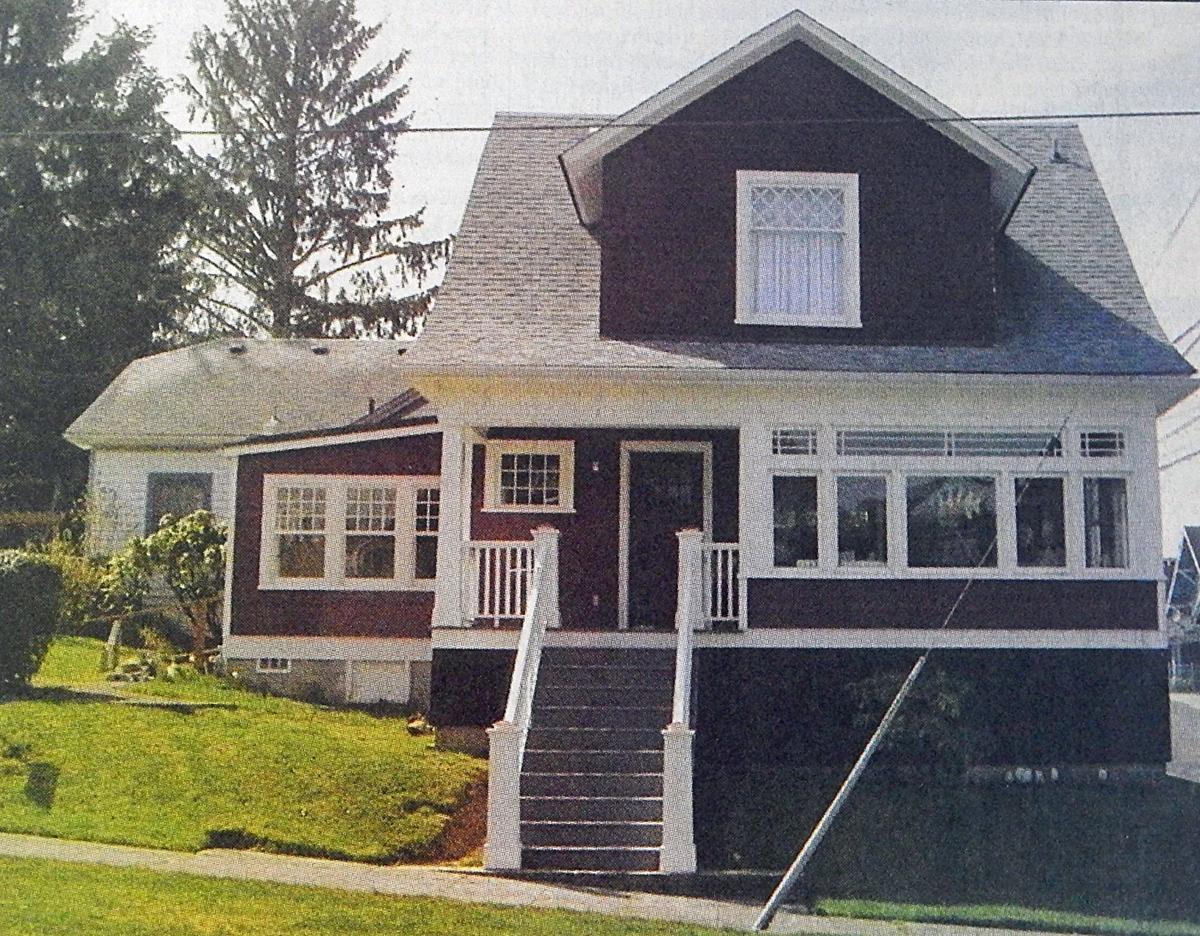 2009 – A Harvey Award will be presented to Mark John Chadwick and Gigi Gray for the restoration of 1143 14th St. 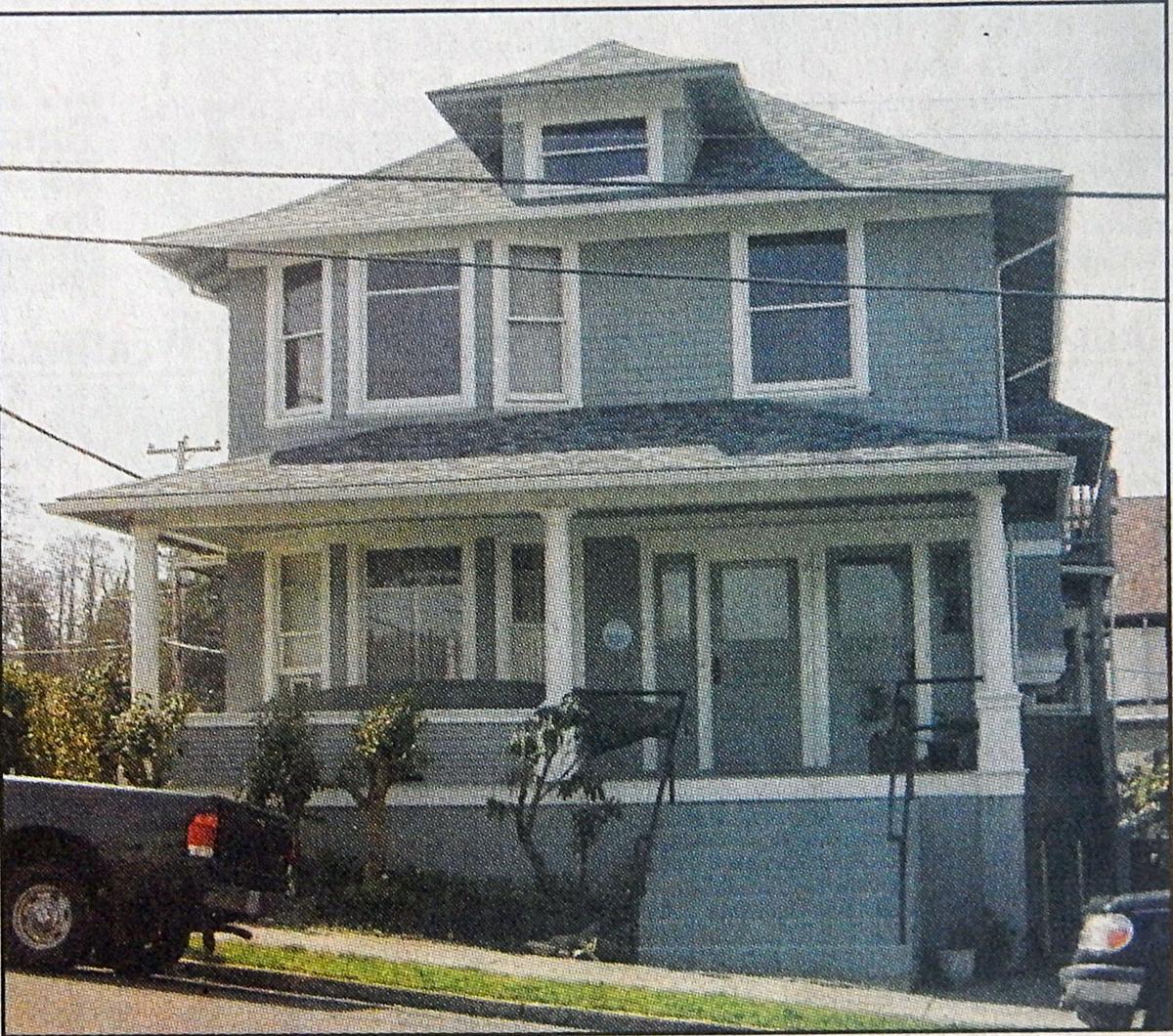 2009 – Edward and Karen Campbell will receive a Harvey Award for their restoration of 591 15th St. 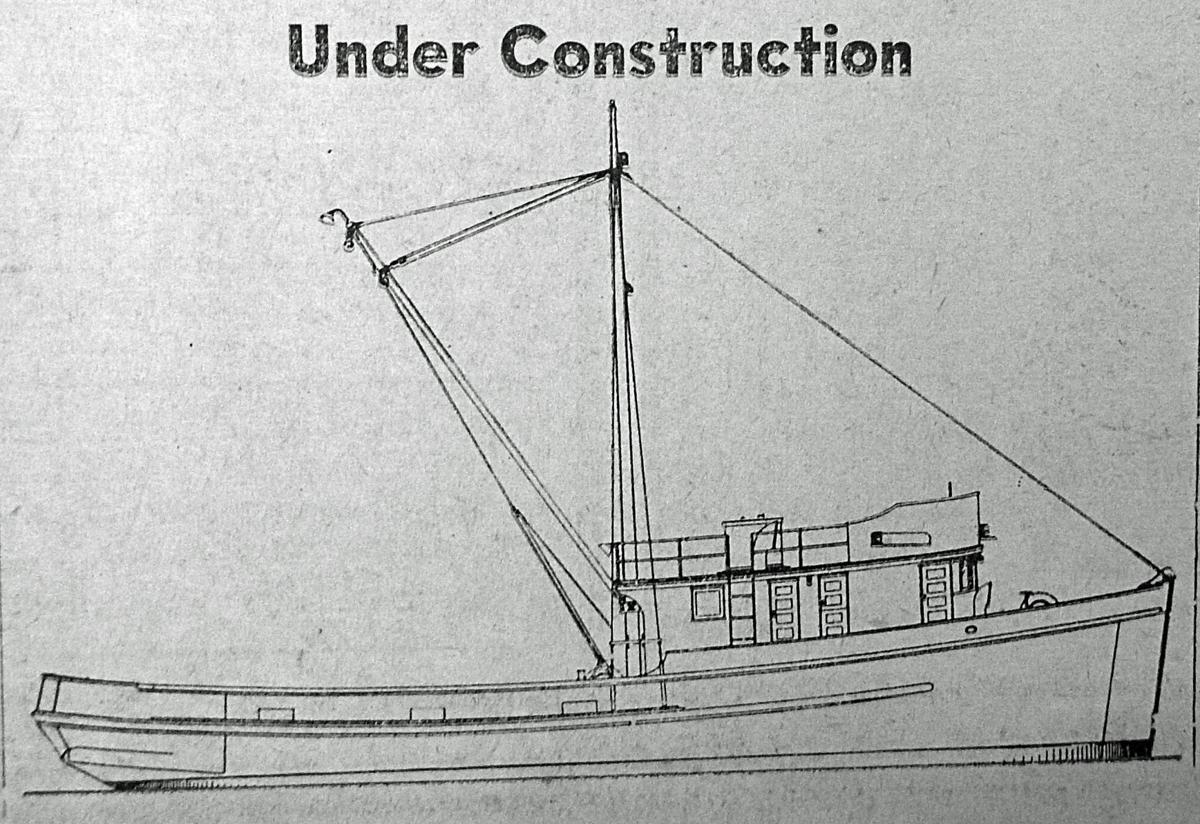 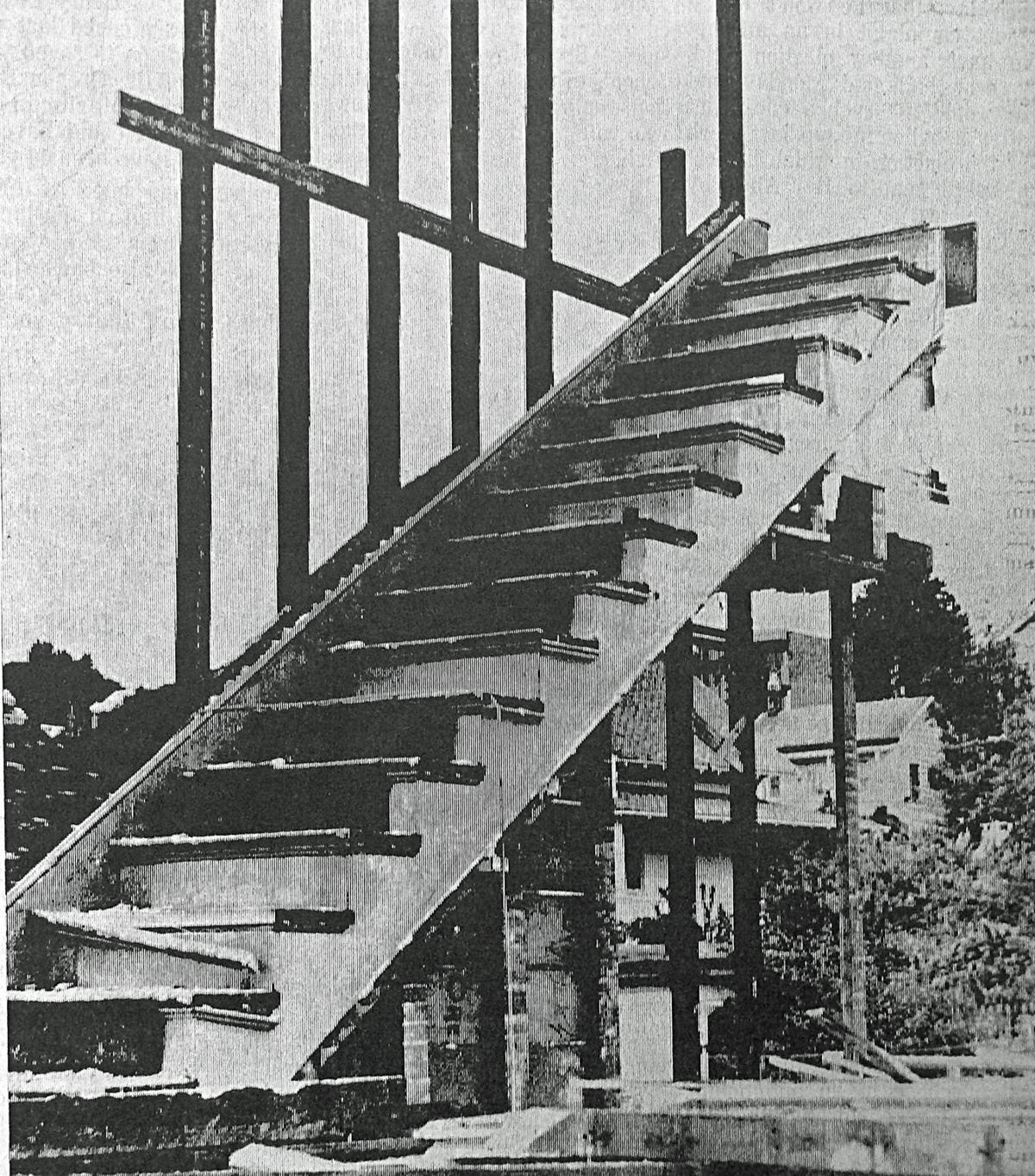 1969 – This ‘stairway to the stars’ was created while demolishing an old house at 9th and Exchange streets.

2009 – A Harvey Award will be presented to Mark John Chadwick and Gigi Gray for the restoration of 1143 14th St.

2009 – Edward and Karen Campbell will receive a Harvey Award for their restoration of 591 15th St.

1969 – This ‘stairway to the stars’ was created while demolishing an old house at 9th and Exchange streets.

Good news has been hard to come by lately for the business community. So the announcement that the U.S. Army Corps of Engineers and Oregon Department of State Lands approved fill permits last week for the new Costco site in Warrenton has some community leaders giddy.

State Sen. Betsy Johnson, D-Scappoose, is one of them. She said that she had spoken with members of the Clatsop County Board of Commissioners and had even toured the retail store’s new site while the community waited for permits to be issued.

“I’m very enthusiastic for this opportunity for Clatsop County,” Johnson said in her gregarious manner. “I’ve been up and toured the site — marched around in waist-high sticker bushes.”

The city of Astoria Historic Landmarks Commission has selected six award recipients and one honorable mention recipient for the 2009 Dr. Edward Harvey Historic Preservation Awards. They will receive framed certificates from Mayor Willis Van Dusen at Monday’s meeting of the Astoria City Council.

“The awards are intended to celebrate the best in preservation by individual property owners. They demonstrate the great pride we all take in the community’s heritage,” said David Pearson, the HLC’s chairman. “This has been an amazing year for historic preservation.”

Two residential properties were selected for the award.

• Mark Chadwick and Gigi Gray for restoring a Craftsman-style home at 1143 14th St. that was built circa 1915.

The Obama administration will spend $26.6 million in economic stimulus money to complete a project to deepen 103 miles of the Columbia River.

The money will help the U.S. Army Corps of Engineers complete the dredging next year, five years after work began.

Sen. Patty Murray, D-Wash., said money for the Columbia deepening was not included in the administration’s original list of stimulus projects. That changed after Murray spoke with top administration officials about its importance.

More than 40,000 jobs in the region depend on maritime commerce, she said. Murray also cited the Columbia’s huge overall economic impact on the Northwest.

If you have a teenager at home, you might have noticed it’s been a little quieter the last few years.

Instead of spending hours talking to each other on the phone, teens are using phones to text each other — a nearly silent form of communication.

“Overall, it’s a way to talk about anything and everything,” Crownover, 18, said.

It will be the official headquarters for the Bicentennial.

A ribbon-cutting ceremony at 4 p.m. will kick off the event, with Astoria Mayor Willis Van Dusen wielding the giant pair of scissors.

Passage of a bill on Astoria’s submerged and submersible lands Saturday in the House of Representatives brought criticism in Astoria.

He expressed hope that the bill might be amended in the State Senate to eliminate objectionable aspects.

By a 49 to 3 vote, the House passed a bill that would have the state quitclaim title and interest to some 400 acres of fill land within the Astoria city limits and turn over to the Clatsop County commissioners the disposition of it.

Demolition of the Ocean House Hotel in Gearhart will mark the passing of the third of the older hotels in that residential community. Only the old Gearhart Hotel will stand as a reminder of the golden age that preceded today’s modern luxury motels and motor hotels.

Mr. and Mrs. Graham Barbey, Astoria, recently purchased the land that the Ocean House has occupied for 40 years, with the intent of building private residences — prime lots for vistas of the Pacific.

The Northwest Aluminum Co. asked the Port of Astoria Commission Tuesday night to sell it 500 acres at the mouth of the Skipanon River, including land where Northwest could build wharfage for ships bringing bauxite ore to its planned plant in Warrenton. The commission said it wanted first to explore the possibility of selling revenue bonds to finance its own construction of such a wharf.

No settlement has been reached in the strike by members of the Inlandboatmen Union, now in its 14th day. Some 250 workers are directly involved, and members of allied unions and crafts are honoring the IBU picket lines.

Federal mediator Leroy Smith plans to meet with both sides, the deckhand’s union and the Columbia River Towboat Association.

Improvements in the water clarification system at Crown Zellerbach’s Wauna mill have effectively solved the effluent problem there, according to a spokesman for the Oregon Sanitary Authority. The OSA said they have been in contact with Crown in the past on complaints received by them, from various sources, about apparent pollution of the Columbia River.

Bohannon said today the state owns the property where the company was removing sand for a million-dollar housing development at the mouth of the Columbia River.

The Columbia River fishing industry at Astoria, which has been way up and way down in the 78 years since the first salmon cannery was started at Eagle Cliff, Washington, is in an uproar.

The reasons are simply: Instead of suffering from the smallest salmon pack since 1870, the town and fishing industry are fat, sassy and in the money. 2. A ballooning fleet of offshore boats are dragging, netting and hooking almost every living thing that populates the teeming North Pacific ocean. 3. The fishermen are capitalizing on wartime markets. The fishing industry is now serving up fish delicacies to government and civilians, are converting into currency a variety of ocean-floor fishes that five years ago were sniffed suspiciously by mink.

The first two “Astoria-type” deep sea drag fishing boats, a type destined to be much heard of as the Columbia River boat building industry ultimately paces the rapidly increasing offshore fishing activities, are now under construction at the Astoria Marine Construction Company.

Rapidly approaching the launching date, the hulls are being built along side three YMS fighting ships. The craft are a portion of deep sea fishing boats being slotted priorities in the Northwest as the government presses its “more fish food as a weapon” program.

Seventy feet in length, the “Astoria-type” was designed by W.H. “Hainie” Dole, ranking Northwest marine architect, who has been with the firm the past five years.

There is a U.S. Navy carrier somewhere in the Pacific today with a piano aboard, given by the people of Clifton.

The piano was part of the Clifton school, which was built by the people about 10 years ago. When the Clifton pupils moved to Westport school the people decided to give their piano to the carrier, a request for which had come from the chaplain.

The Navy grabbed the piano offer, sent a truck to Clifton to get it, and it is now part of the equipment on a fighting ship.

Another piano was offered by Mrs. H. Lindstrom of Astoria; and it was being sought by the chaplain of another carrier.