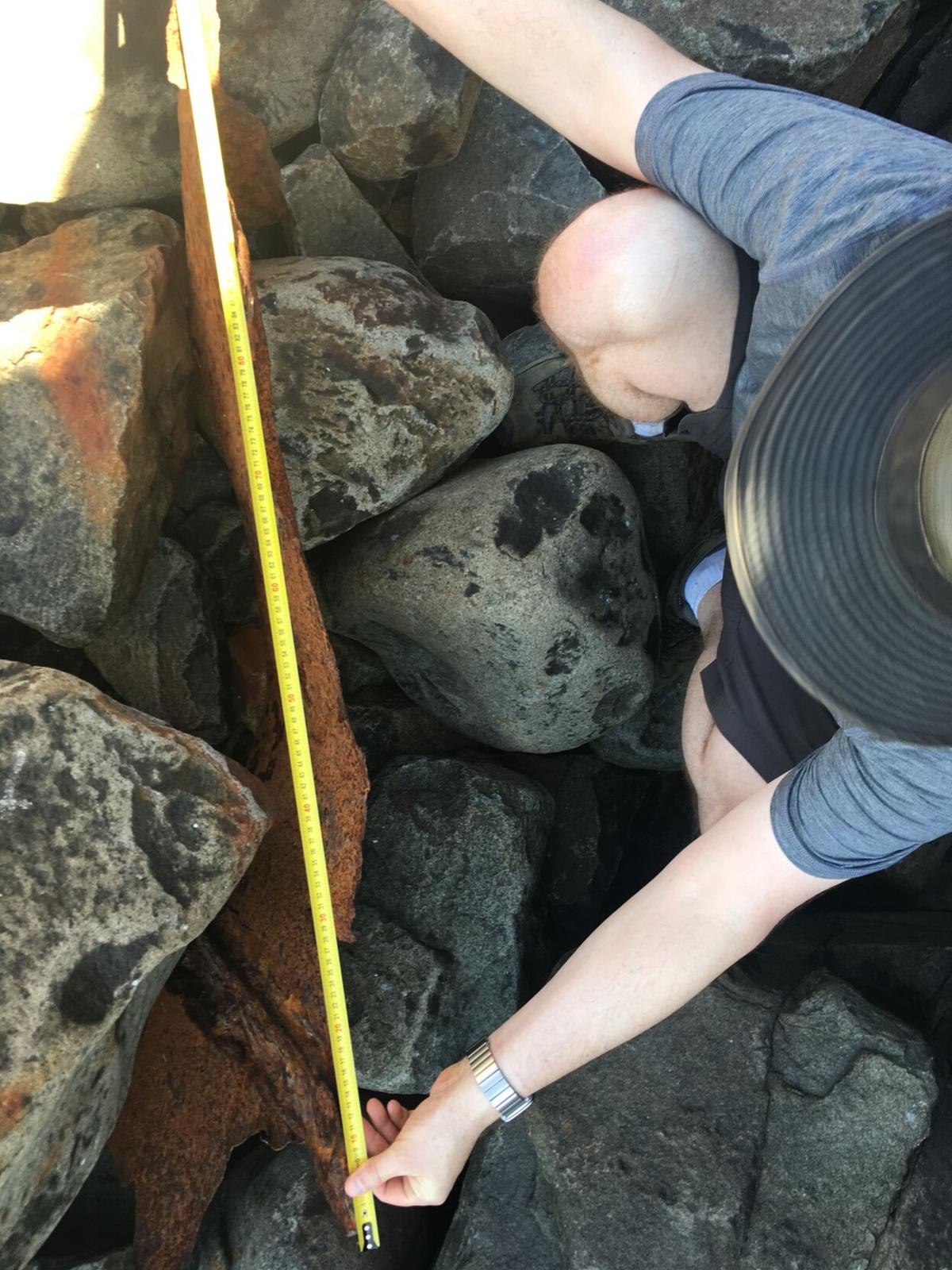 A Maritime Archaeological Society volunteer measures metal that may be associated with the ship Glenesslin, which wrecked in 1913. 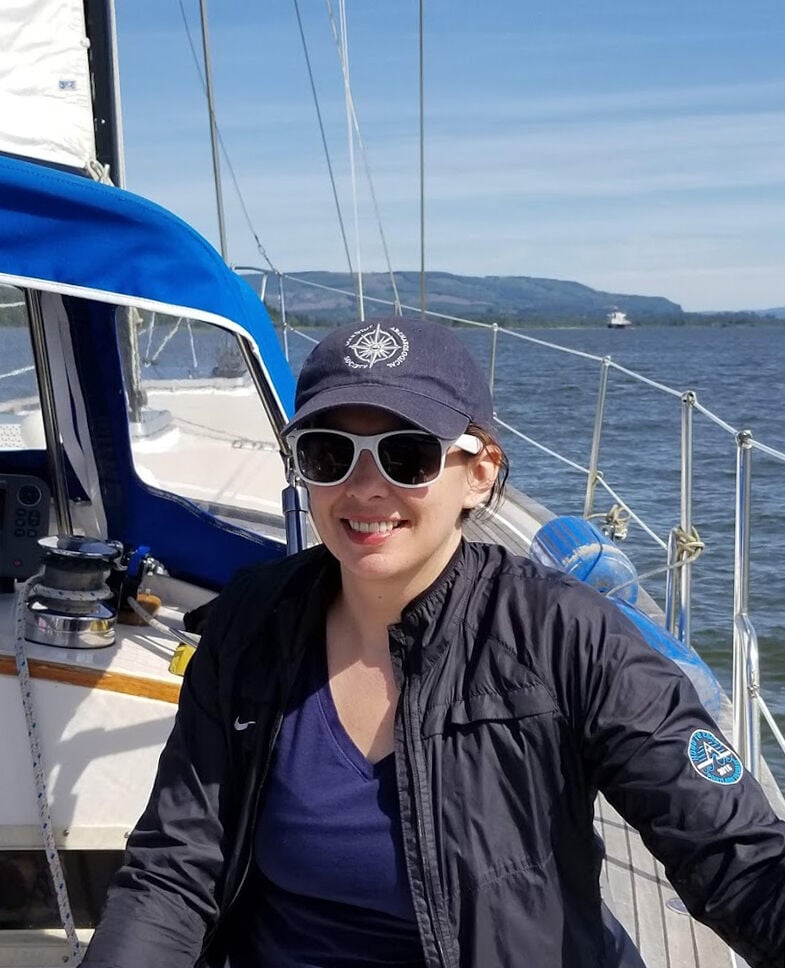 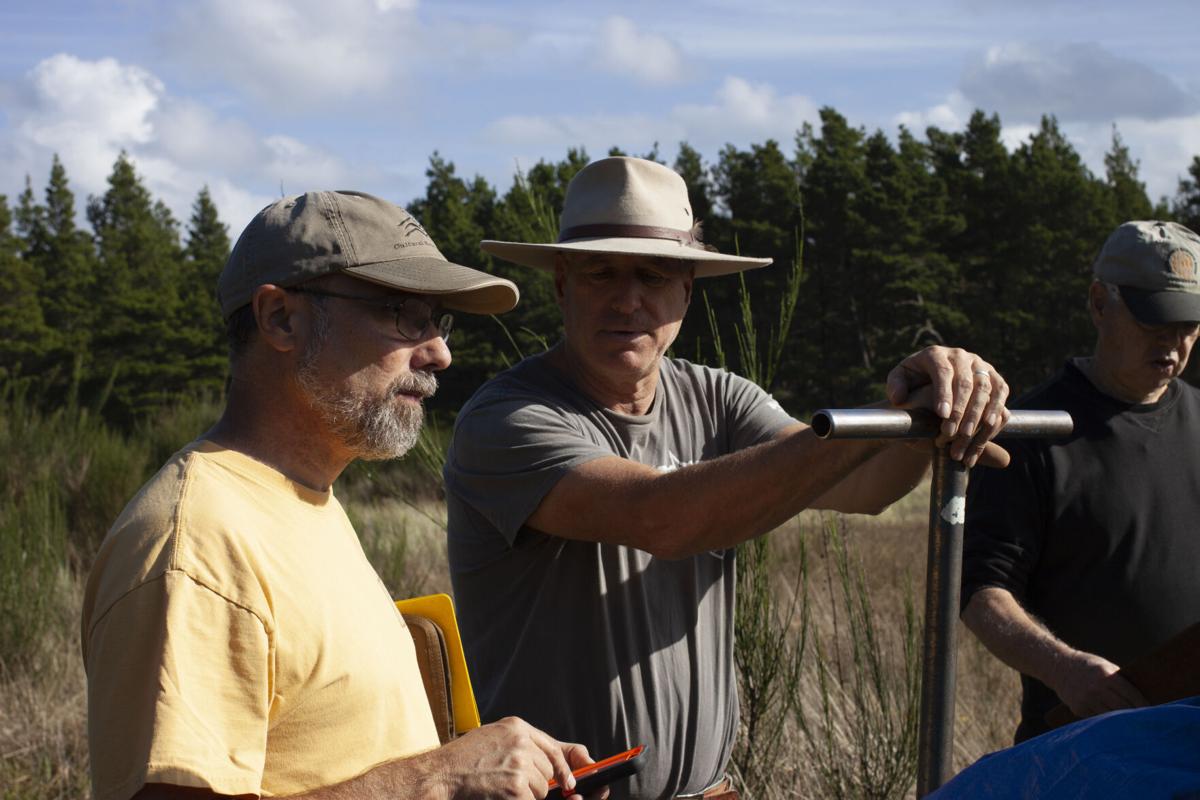 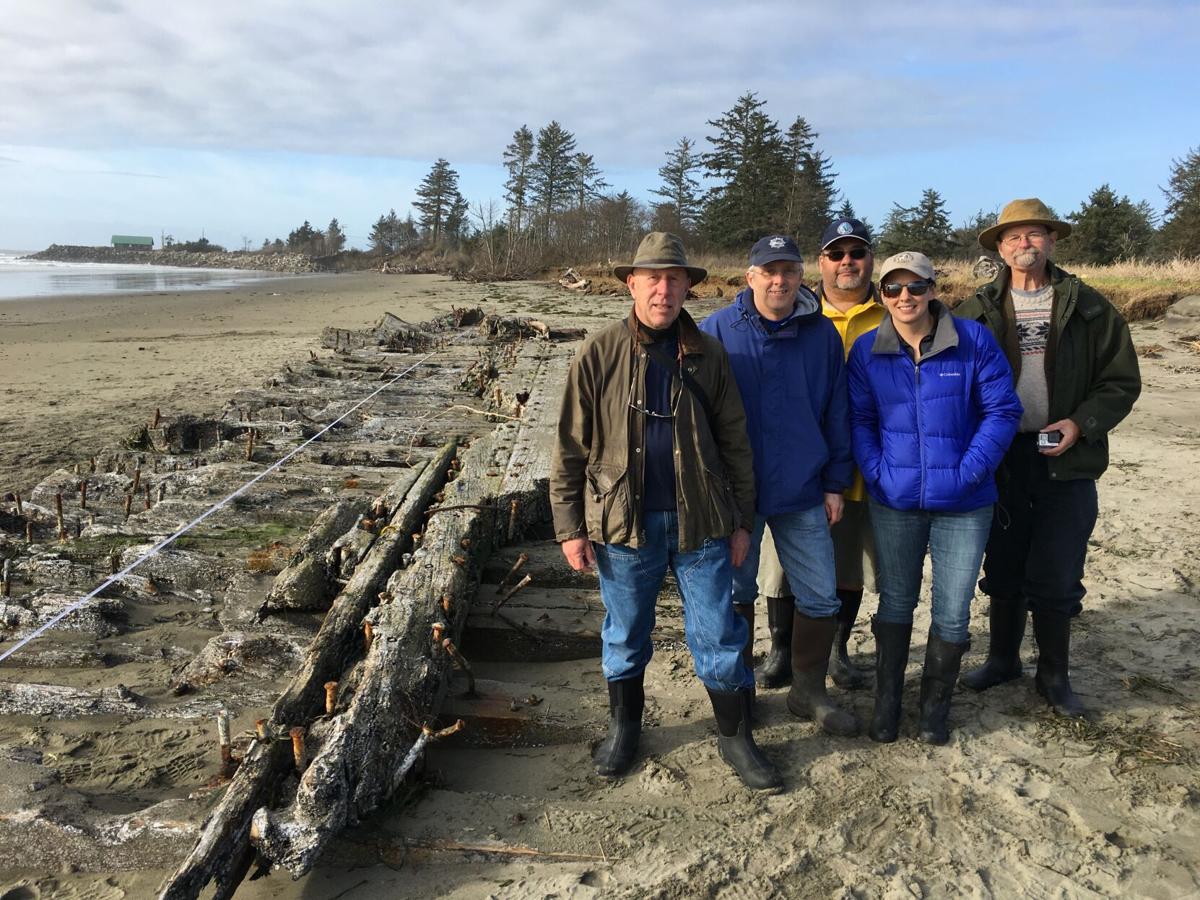 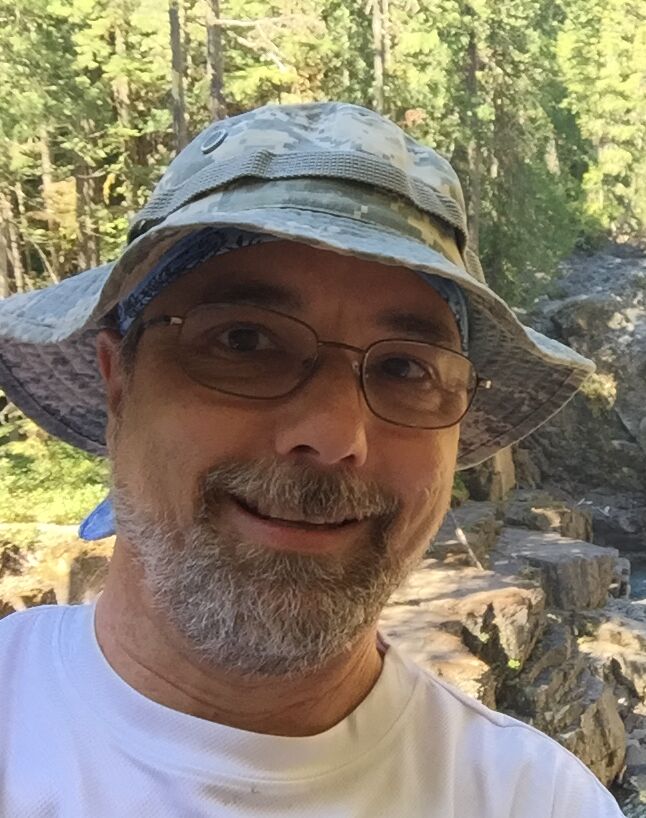 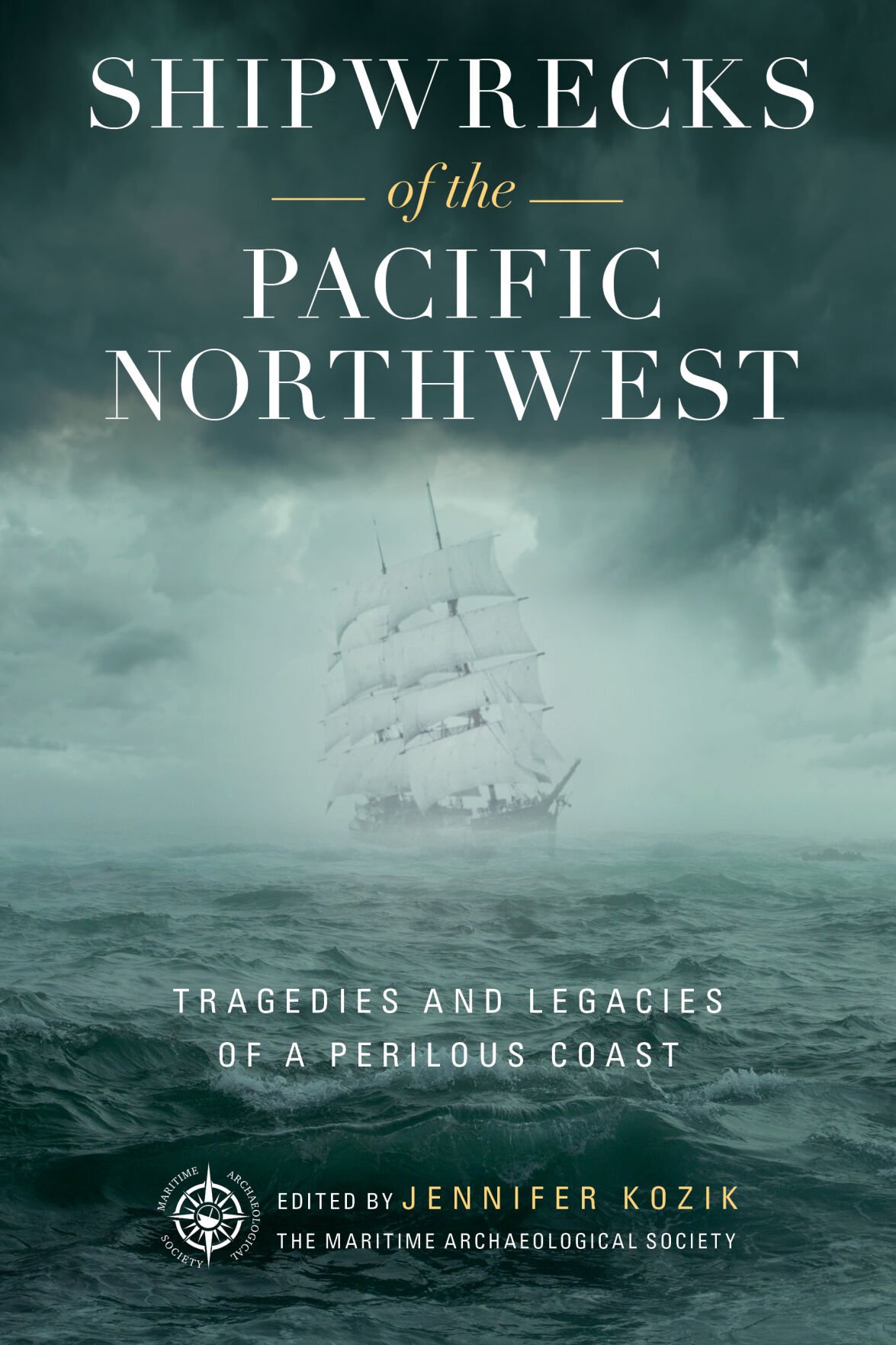 ‘Shipwrecks of the Pacific Northwest.’ 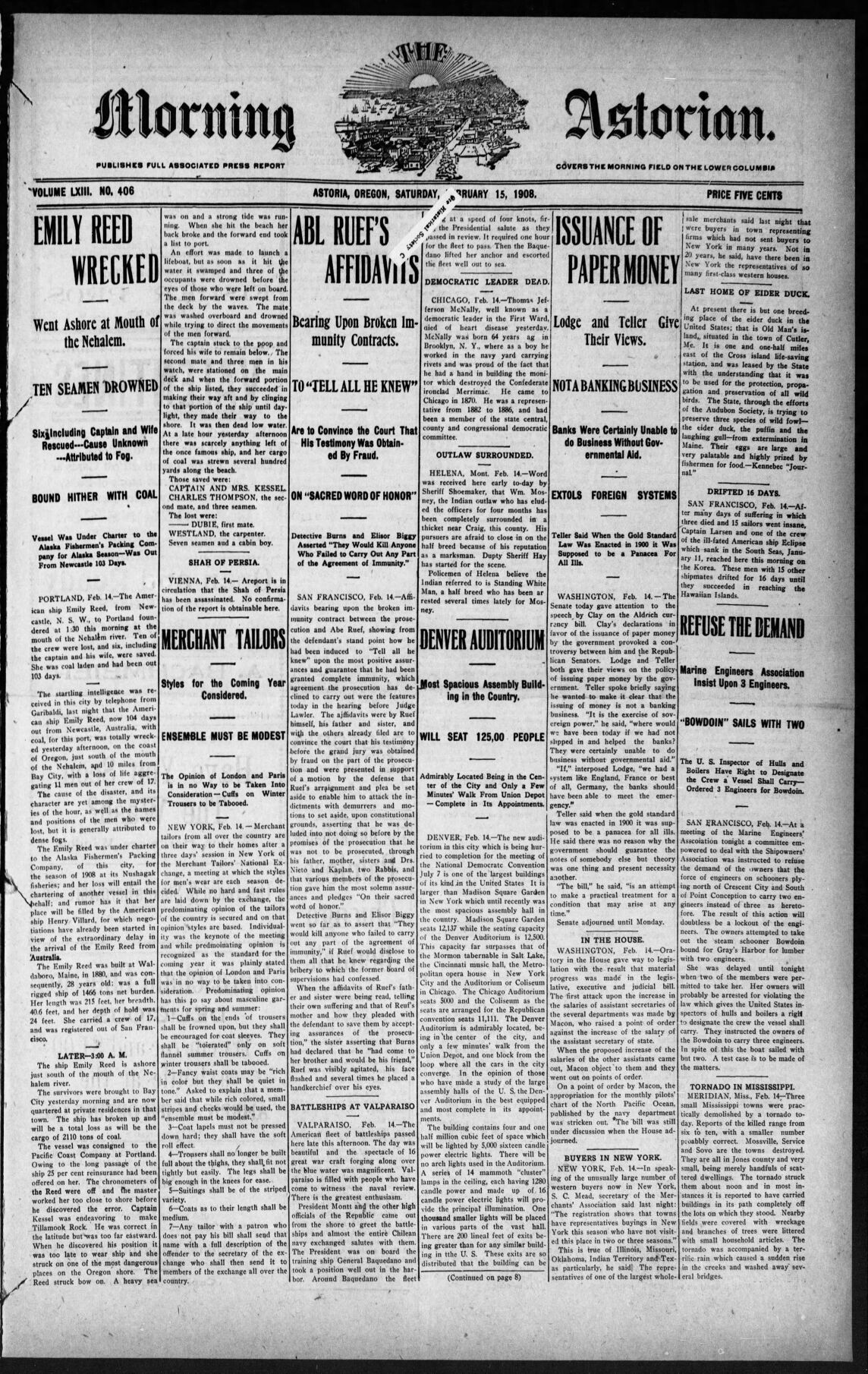 The Morning Astorian’s account of the Emily Reed shipwreck in February 1908.

A Maritime Archaeological Society volunteer measures metal that may be associated with the ship Glenesslin, which wrecked in 1913.

‘Shipwrecks of the Pacific Northwest.’

The Morning Astorian’s account of the Emily Reed shipwreck in February 1908.

‘Standing on the beach, it is nearly impossible to believe a shipwreck might be directly underfoot. The hard, compact sand feels solid and permanent. To the human eye, it appears low and even, far up and down the beach.

“Then one night, when no one is watching, the surging tide of a big winter storm scrapes away that sand, revealing one hundred feet of wooden ribs from an old ship … Standing over the remains of the shipwreck is like looking at a skeleton in an opened tomb, revealing the long-hidden bones after whatever tragedy took away that life.”

Jennifer Kozik, who wrote that introduction, is the editor of “Shipwrecks of the Pacific Northwest,” a new book that details the history behind nine local shipwrecks.

The nine wrecks range from the Santo Cristo de Burgos, which wrecked in Nehalem around 1693, to the Mauna Ala, which wrecked in 1941. Other ships covered include the USS Shark, Desdemona, Great Republic, Emily Reed, Glenesslin, Iowa and Trinidad. Each wreck is local to the North Coast.

The book came about after board members of the Maritime Archaeological Society were asked to write it by book publisher Globe Pequot. The society is a volunteer group that researches and documents shipwrecks. Kozik, society board member Scott Williams and Astoria residents Jeff Smith, Christopher Dewey, Theodore Lundy, Jeff Groth and Robert Johnson are contributing authors of the book.

“Part of our work is to document shipwrecks. We’re always looking for opportunities to educate so we thought the book would be great because otherwise it could take years to get a publisher,” Kozik said. “We pooled our resources and figured out which of our volunteers would be best to write certain chapters, based on what they’re interested in.”

Each author wrote at least one chapter, detailing the ship’s history (what it was used for, where it traveled, who worked aboard), information on the wrecks themselves, plus follow-up information on what’s happened since the ship wrecked.

Williams, an archaeologist, was approached around 2006 to research two wrecks near Hawaii and Mexico. In the process, Williams learned about the Santo Cristo de Burgos, a Spanish ship that wrecked in Nehalem.

Some crew members survived and lived among local tribes. The connection is considered to be the first known contact between Europeans and Native Americans on the North Coast.

“I didn’t know anything about the ship when I started. I started it as a straight archaeological project, worked to get permits in the state of Oregon, then we gathered all the information we could … ranked it and sorted, then saw what made sense and what was clearly wrong,” Williams said.

Then, Williams and the team partnered with the state’s archaeologist and Portland State University to research the wreck.

“We haven’t actually found the wreck site but things from the wreck have been washing up on the beach for 300 years,” Williams said. “We’ve worked with archaeology students to analyze what we’ve found and where we think the wreck might be.”

The ship is known as the Beeswax Wreck. Containers of beeswax that were aboard the ship have been found on the beach for centuries. Williams and the team hope to find the wreck in the next few years by using equipment that will help them see underwater.

“The society’s passion is documenting the physical remains of a wreck, what’s physically here for people to understand and so they can have a tangible connection to history,” Kozik said. “If you can stand next to a shipwreck, it adds to the dimension of a wreck’s history.”

The society is volunteer-run. Anyone interested in helping document or research shipwrecks can join the group, which hosts field days on the beach, scuba dives and other projects.

“There’s opportunities for people who aren’t professionals and who are just interested in getting involved in maritime history,” Williams said.

The group is also eager for tips on anything unusual people find at the beach. In 2008, Miranda Petrone and her father came across what looked like a wooden stump. After some research, it was found the stump was actually part of the USS Shark, a Navy ship that wrecked near Astoria.

“Especially on the Oregon Coast, shipwrecks come and go, then they’re not seen for years … Plus, there’s a lot of wrecks we don’t know about,” Williams said. “If you’re out on the coast and find something interesting, report it to us. You never know when you’re going to find the key piece of evidence that’s going to connect a shipwreck.”

The group encourages people with information on wrecks to reach out to them.

“We’d love to hear from people who have some family history or something they found. Like the beeswax, there’s a lot of families that have beeswax and don’t know anything other than their grandma got it from the Oregon Coast,” Williams said. “We’re happy to talk about it, go over pictures. We want to know.”

'Shipwrecks of the Pacific Northwest'

The book is available at the Columbia River Maritime Museum. All proceeds benefit the Maritime Archaeological Society.