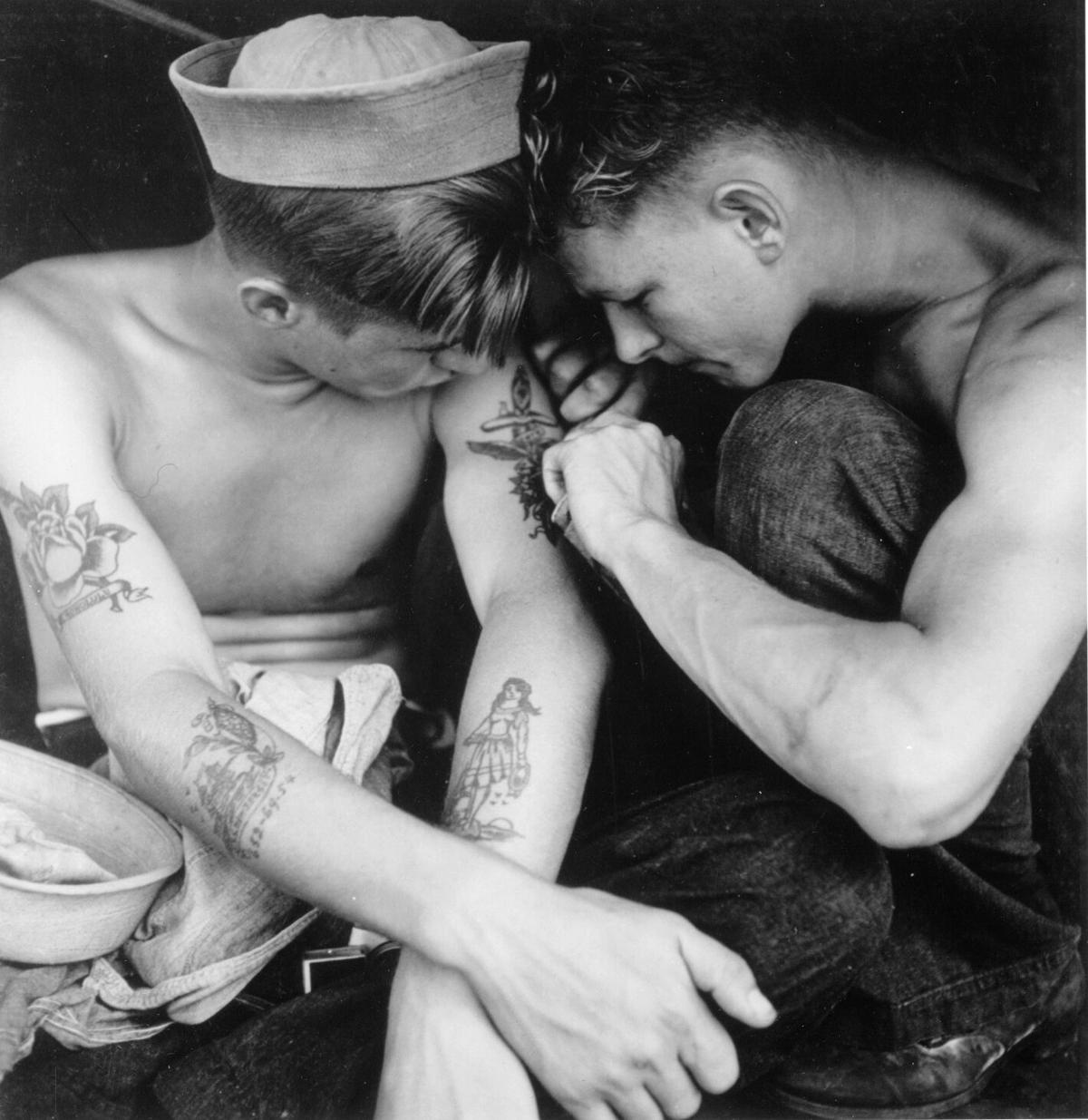 Maritime tattoos are a popular form of artistic expression, like for these sailors aboard the USS New Jersey. 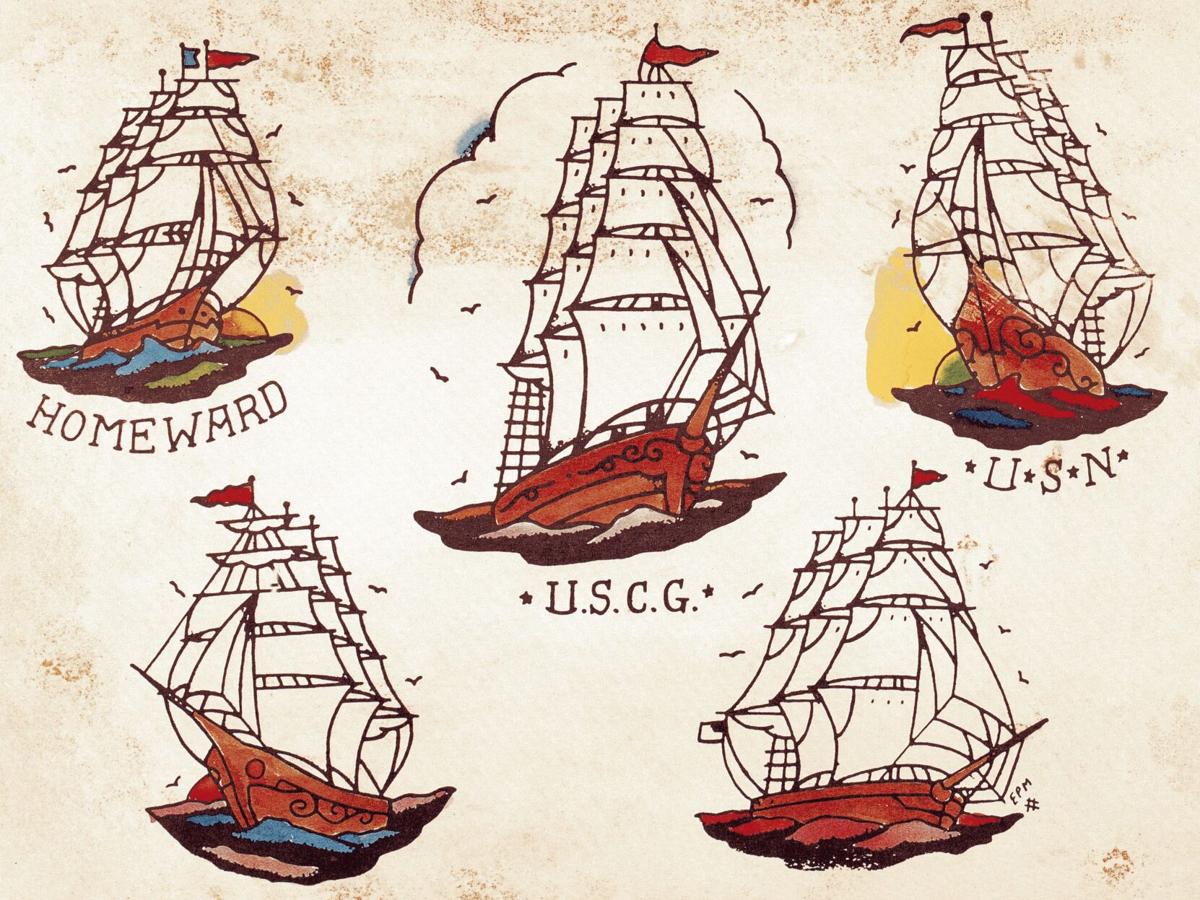 A few examples of a fully-rigged ship tattoo. 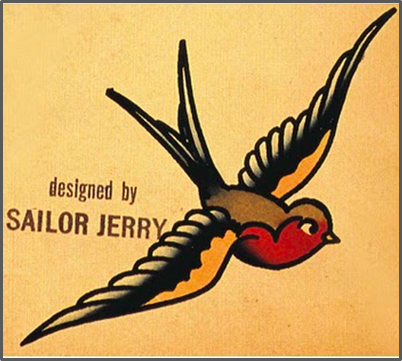 A swallow from a sheet of flash designed by Sailor Jerry in the 1940s.

Maritime tattoos are a popular form of artistic expression, like for these sailors aboard the USS New Jersey.

A few examples of a fully-rigged ship tattoo.

A swallow from a sheet of flash designed by Sailor Jerry in the 1940s.

From the earliest days of maritime tattooing, sailors have covered themselves in images that symbolize their lives at sea. Designs represent faraway loved ones, everyday duties, personal triumphs and the many superstitions that dictate life on board.

Many of these images started with distinct meanings and have evolved to how we understand them today.

The fully-rigged ship was traditionally given to veterans of the journey around Cape Horn — an important trade route and hazardous waterway — before the opening of the Panama Canal in 1914. The tattoo depicts a ship with three or more masts and square-rigged sails that are fully deployed.

Some maritime tattoos represent a sailor’s work onboard. The bosn’s anchors are a pair of crossed anchors that are usually tattooed between a mariner’s thumb and index finger. They usually are a sign that someone has served as a boatswain’s mate — a role that manages any activities relating to a vessel’s external structure or seamanship.

A rope tattooed around the wrist or “Hold Fast” written across the knuckles indicate a sailor’s career as a deckhand. It’s said that having “Hold Fast” on each of a deckhand’s fingers would give them the grip they needed to work with the ship’s lines and rigging.

Another common tattoo is a swallow, which has become trendy in recent years among more land-based travelers. The swallow has been attributed several meanings over the years. Many say that each swallow on a sailor’s body indicates 5,000 miles at sea, which is particularly impressive given how perilous a life at sea can be.

Some mariners get swallow tattoos as tokens of protection or good will. It was widely believed that if a person died at sea, the spirit of the swallow would carry their soul to heaven — an idea that may have originated from the ancient Greeks and Romans.

Given all the dangers someone could face spending weeks in the open ocean, many tattoos reflect the superstitions sailors developed over the centuries to combat them. A pig and rooster tattoo has become a guardian to mariners everywhere. A pig is usually tattooed on the left foot, with a rooster on the right.

Historically, pigs and roosters were packed onto wooden crates that did a surprisingly good job of protecting them when disaster struck. Legend has it that after a shipwreck, these crates managed to bob their way to land and cracked open to reveal farm animals that couldn’t swim wandering on the beach, while others onboard may not have been as lucky.