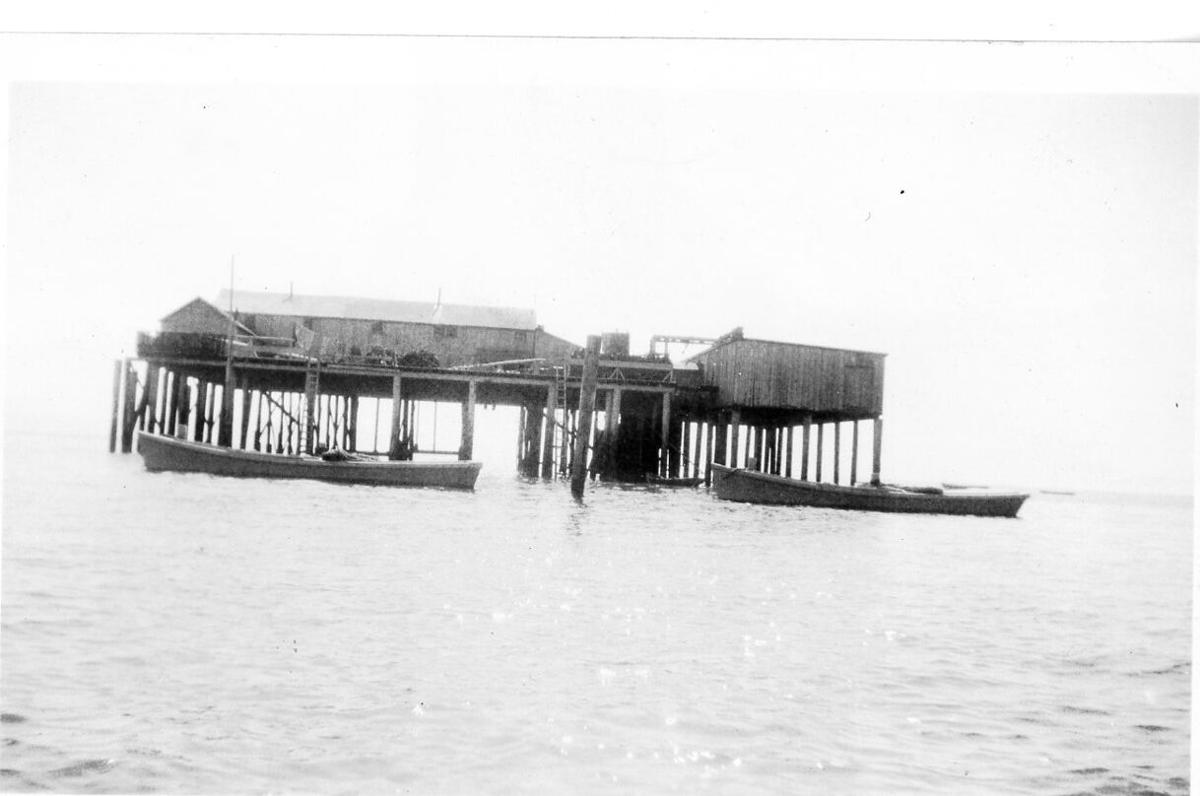 Structures set on pilings in the Columbia River served as fishermen’s bunkhouses and horse barns. 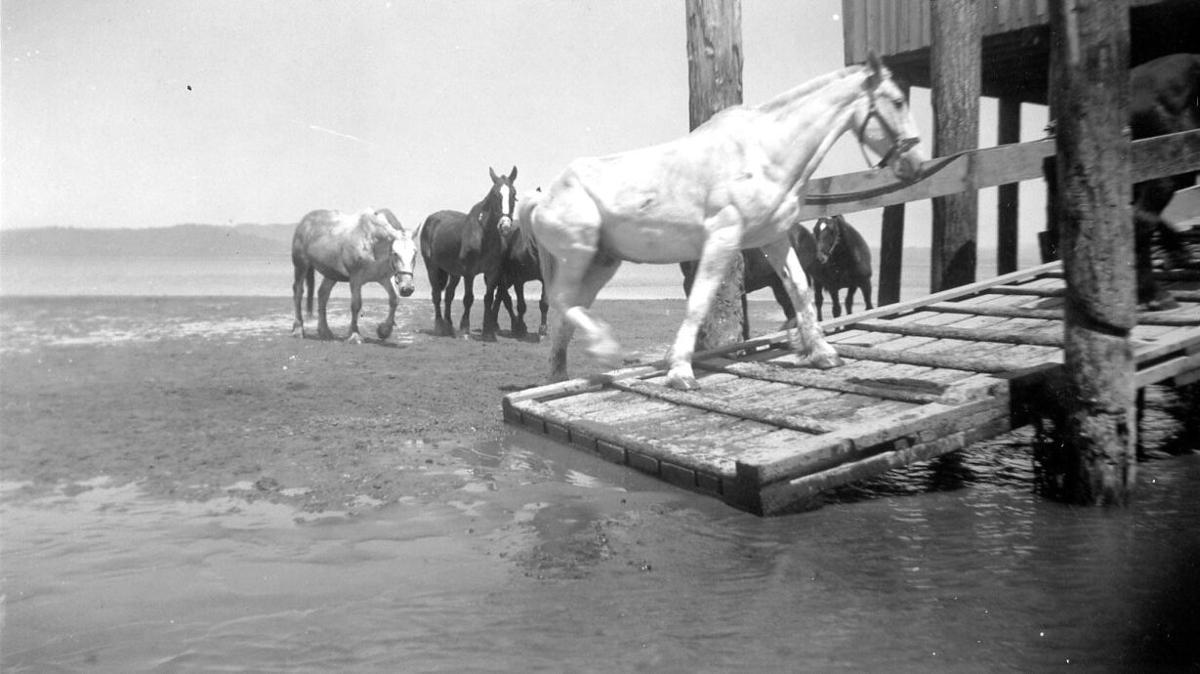 Horses walk back to their barn after a day's work. 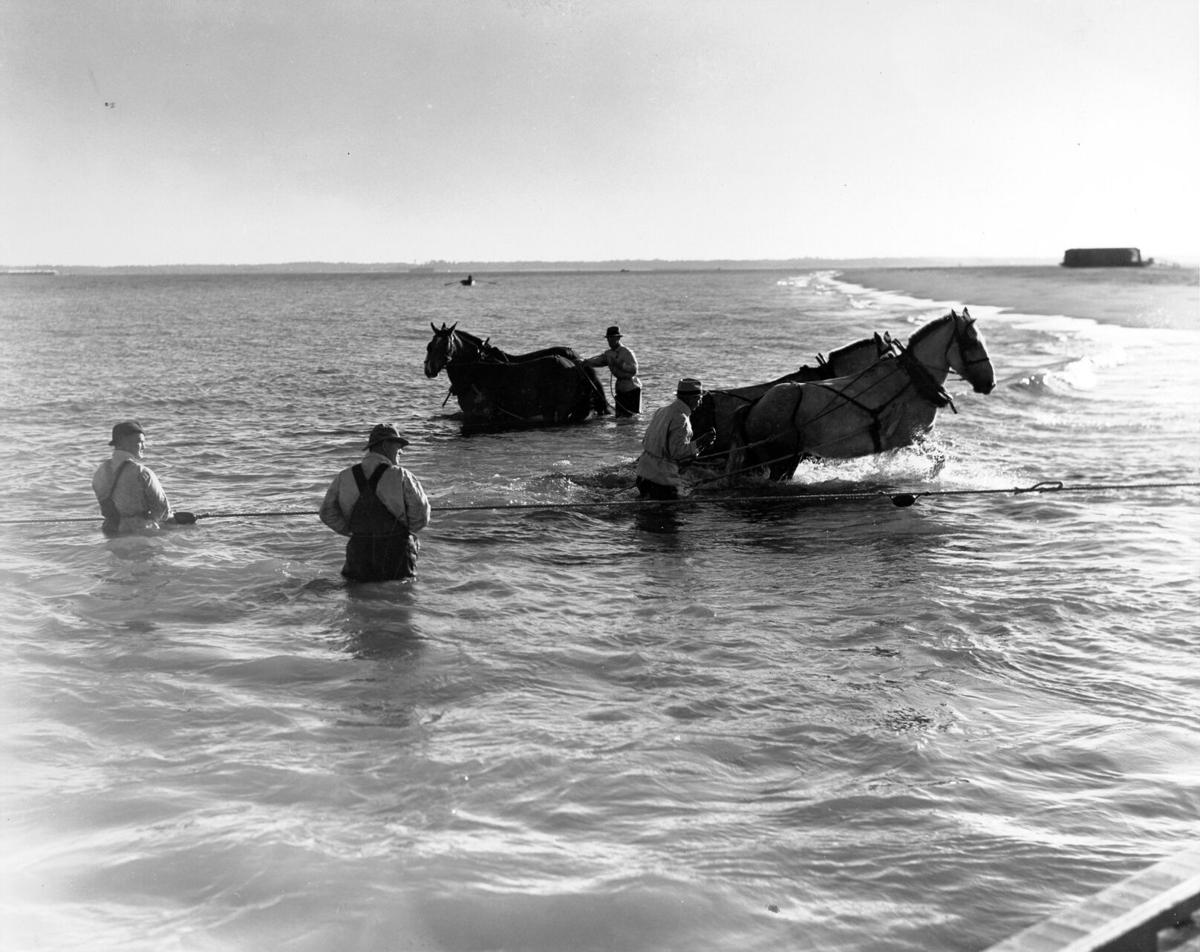 Horse seining in the Columbia River. 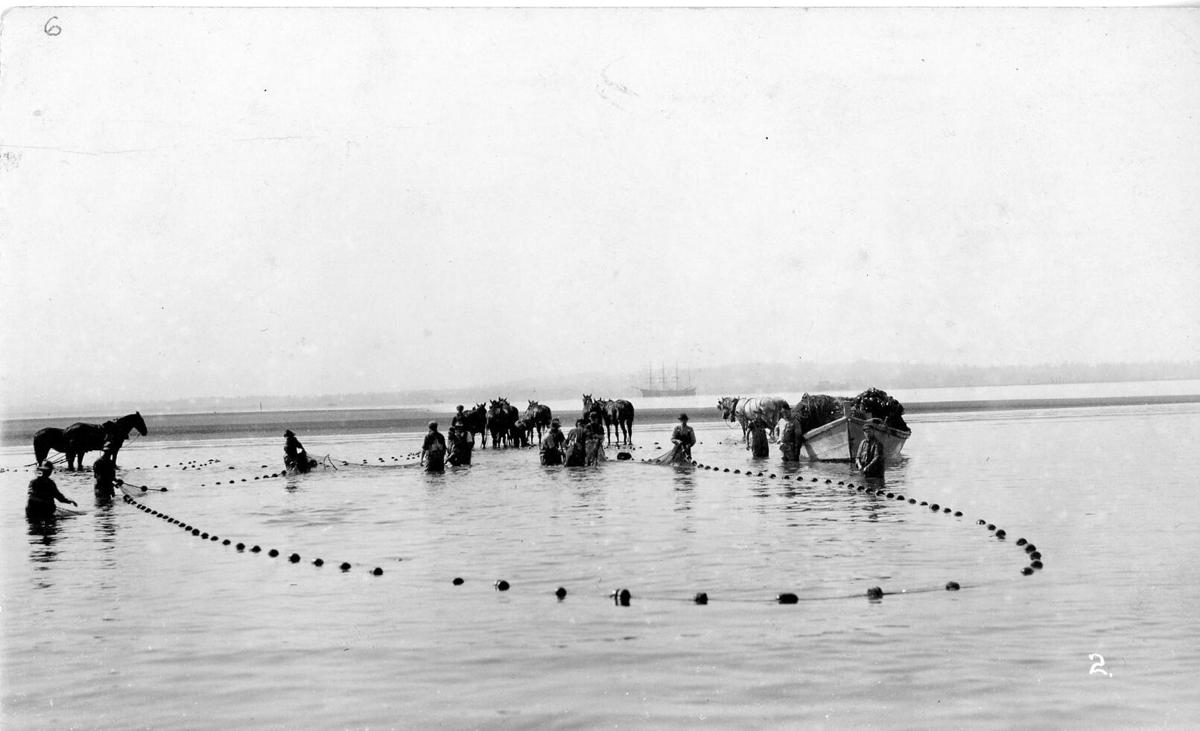 Seine nets hang vertically in the water, with weights at the bottom and floats keeping them upright.

These days, the rotting pilings that sit in the middle of the Columbia River don’t seem like much at first glance. But they are the remnants of a booming cannery industry.

Near the old Desdemona Sands Lighthouse, they were considered home for teams of horses that helped fishermen catch salmon along the river.

Commercial horse seining on the Columbia River played a vital role in the area’s economy from the 1890s through the 1940s. When the river was in full swing, dozens of men would gather near Desdemona Sands and Sand Island to collect the bounty of salmon that awaited them.

Seine fishing involves a special type of net — a seine — that hangs vertically in the water. Its bottom edge is held down by weights. The top of the net is held up by floats. The net is laid out in a U shape around schools of fish.

On the Columbia, the nets were extremely heavy. There was a 16 ounce weight tied to every foot or two of net.

Fishermen would typically use between 300 to 400 fathoms — or 1,800 to 2,400 feet — of net in the water at any given time. They were so heavy that the fishermen couldn’t haul them up themselves so they turned to horsepower instead.

Along with providing bunkhouses for people to sleep and eat, the pilings we see today also supported horse barns floating in the water that could hold over a dozen horses. Enormous Clydesdales or Percherons would pull a seine next to fishermen wearing waders up to their chests.

Two seining skiffs were required for each net. Typically three or four men worked on each boat. Sometimes up to eight fishermen could be working alongside three teams of horses to bring in such monstrous seines. A 400 fathom net could bring in between 4 and 5 tons of salmon.

The seining season only lasted from the beginning of June until the end of August so it was a clever way to bring in as many fish as possible within that period. Out of the 27 million pounds of salmon that were harvested from the river every year during this time, around 6 million of that was the product of horse seining.

Many of the fishermen loved working around the horses and got to know their personalities over the years, since they would use the same animals each season. They worked tirelessly for six days a week, with Sunday as their only day off. Local college students would return home for the summer and work on the seining grounds to pay off their tuition for the next year.

As time went on, Oregon and Washington state both began imposing restrictions on the kind of fishing that could take place on the Columbia. Seining was officially outlawed in 1934 in Washington and 1948 in Oregon.