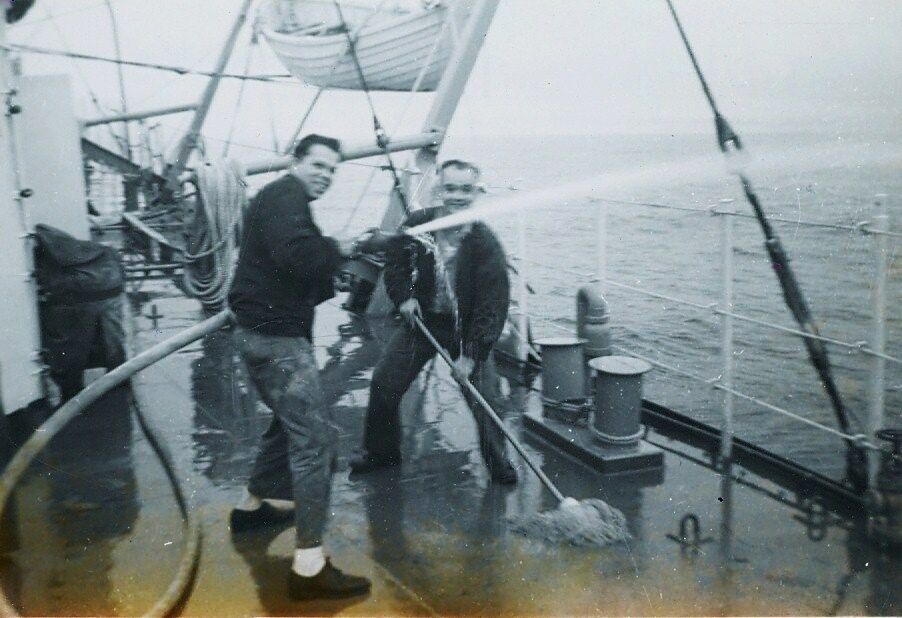 An image of two crew members cleaning the deck of the Lightship Columbia. 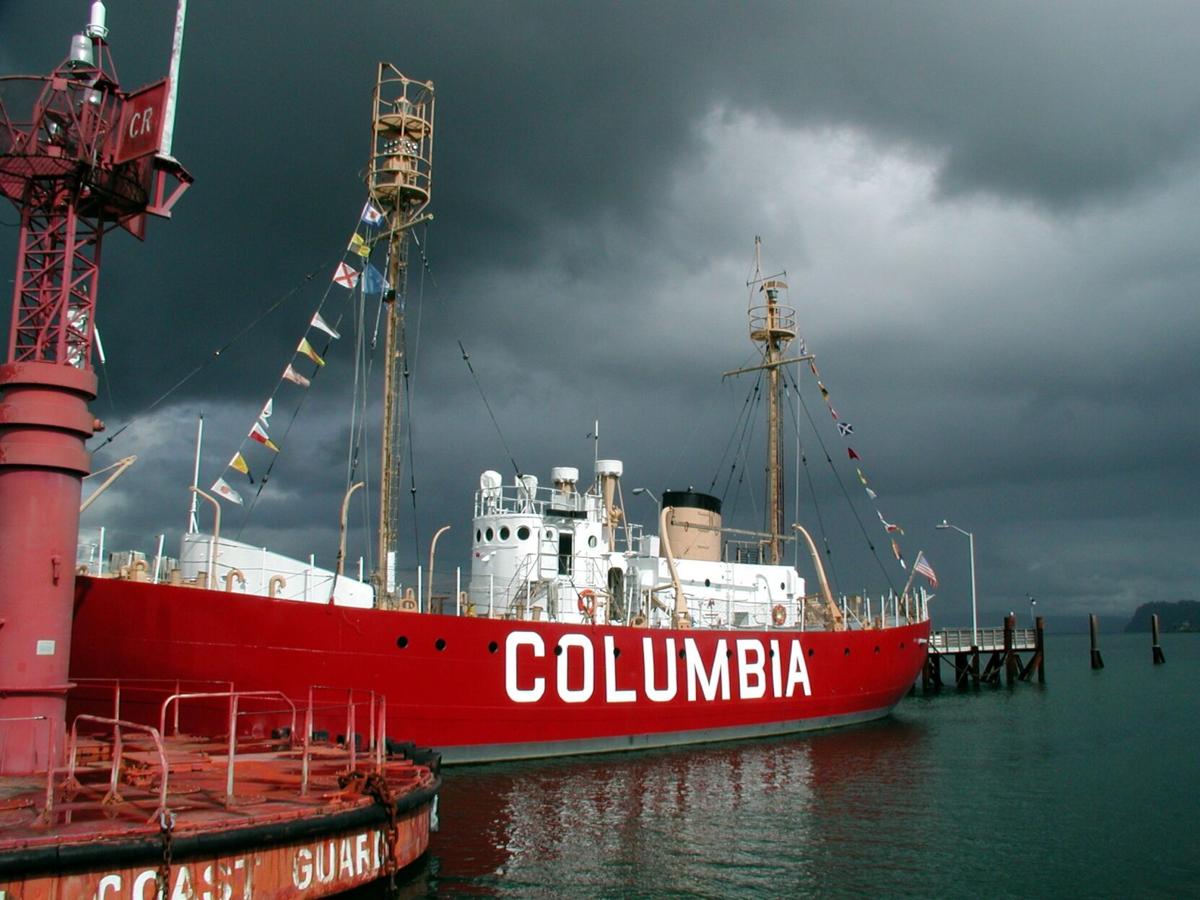 The Lightship Columbia floating outside of the Columbia River Maritime Museum. 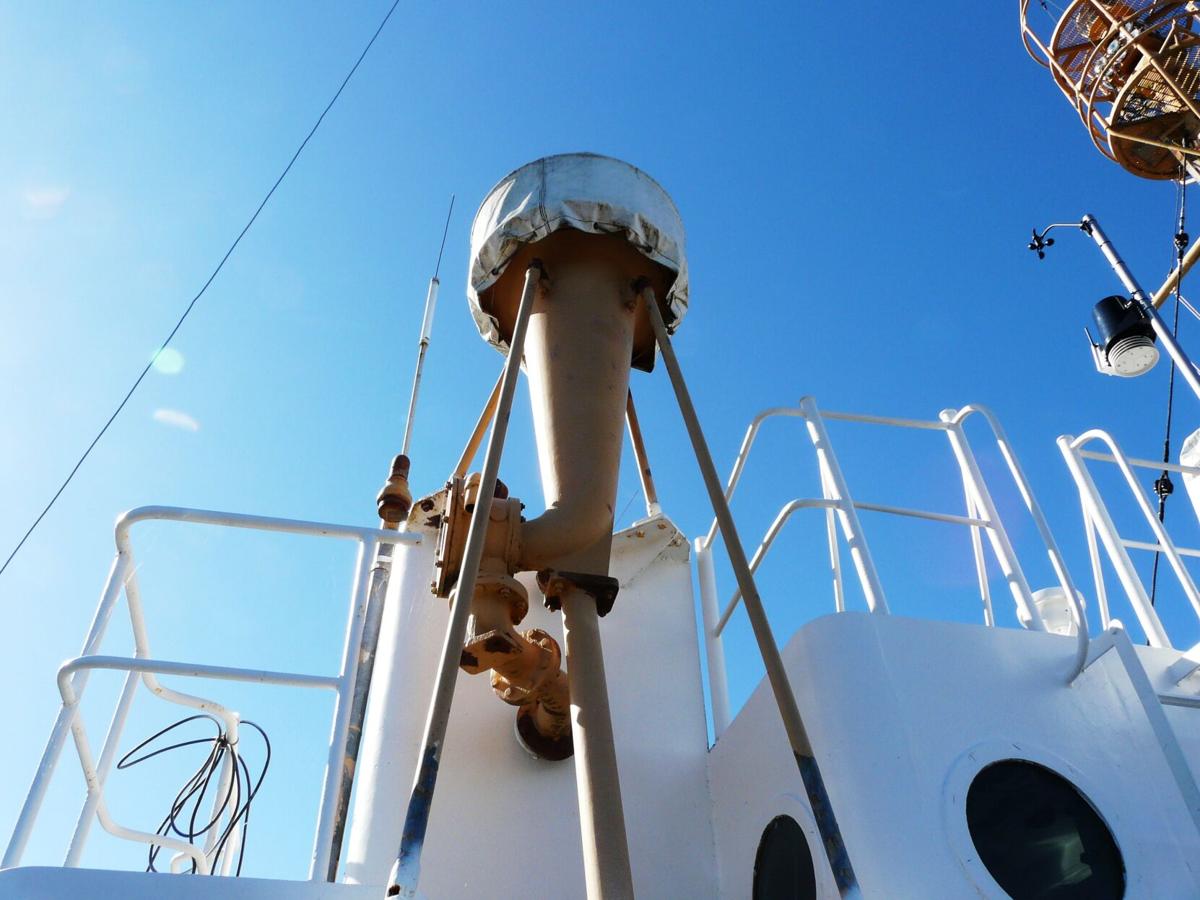 One of the foghorns that blasted every 30 seconds on the river in poor visibility on the Lightship Columbia.

An image of two crew members cleaning the deck of the Lightship Columbia.

The Lightship Columbia floating outside of the Columbia River Maritime Museum.

One of the foghorns that blasted every 30 seconds on the river in poor visibility on the Lightship Columbia.

From 1892 to 1979, five different lightships guided vessels to the mouth of the Columbia River. These “floating lighthouses” served as a navigational aid for ships where it wasn’t practical to build a standing lighthouse.

Lightship No. 50 was the first on the North Coast, about 4.5 miles off of Cape Disappointment. Eventually, it was moved just over 5 miles southwest of the South Jetty in Oregon to mark the entrance to the Columbia.

Over the years, Lightship No. 67, No. 88 and No. 93 also served on the river. The longstanding testament to the history of these vessels on the river is United States Lightship Columbia WLV 604, which floats just outside of the Columbia River Maritime Museum near the Astoria Riverwalk. The ship is the museum’s largest artifact.

The Lightship Columbia began guiding ships to the mouth of the river in 1951. Her primary illumination was through a hearty lineup of 24 locomotive lights that rotated around her masts. It’s said that the glow from these lights could be seen up to 20 miles away.

When conditions were too foggy for the lights themselves, the Lightship Columbia relied on its foghorns. The lightship’s foghorns were unique and set it apart from the calls of other ships. The foghorn made a 3 second blast that was repeated every 30 seconds and could be heard up to 5 miles away.

The crew of the lightship got so used to hearing these horns go off that it actually changed the way they spoke. Crew members would pause in the middle of their sentences to make sure the foghorns didn’t drown out what they were trying to say. After the foghorns were shut off, it was sometimes strange to be able to talk normally again.

In the first few years of the lightship’s time on the river, crew members were on for eight weeks and given shore leave for four weeks. Over its career, those windows of time shrank until the final rotations amounted to 28 days on and 14 days off the lightship. When the U.S. Coast Guard buoy tender arrived to take the men off the ship, they were eager to get to shore.

Crew members had a strict routine to maintain the ship’s lights and foghorns, as well as watch for other vessels in distress — but they also had a lot of free time on their hands outside of their daily chores and they had to find ways to keep themselves occupied.

They’d spend their time fishing, playing cards or watching movies — and eventually TV, although the connection was spotty at best. Going back to Astoria was an opportunity to reconnect with a more varied life on land.

Eventually, navigational technology advanced to the point that there wasn’t a need for lightships anymore. Fully-automated buoys equipped with fog signals and radio beacons were more cost-effective than a ship with an entire crew of men. They began to take the lightships’ place.

The Lightship Columbia was officially retired in 1979. She was the last active lightship on the West Coast.