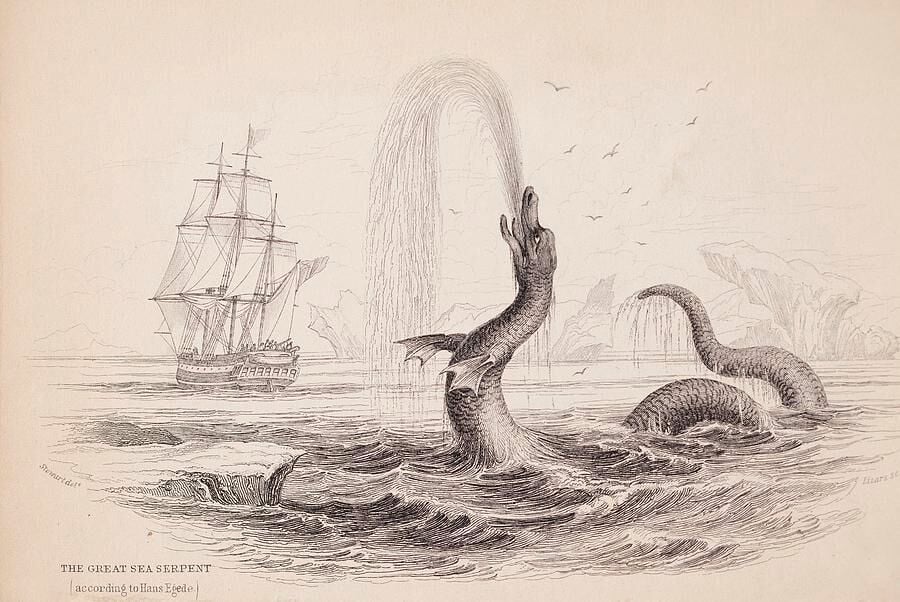 This drawing is a 1734 sketch of a sea serpent by Hans Egede. 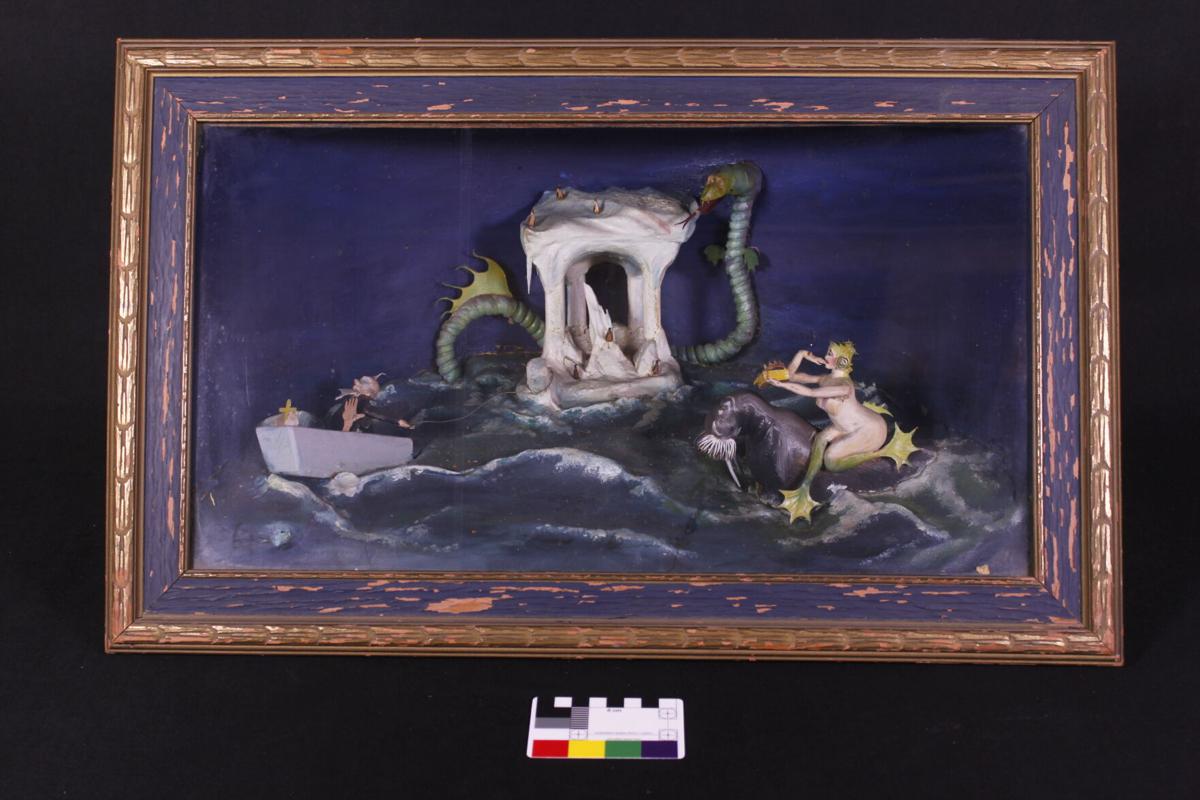 This shadowbox is just one example of the ways that sea monsters are a part of maritime imagination.

This drawing is a 1734 sketch of a sea serpent by Hans Egede.

This shadowbox is just one example of the ways that sea monsters are a part of maritime imagination.

Legends emerge in a variety of ways. While they often tell the origin stories of a particular group or place, it can be hard to pinpoint their birthplaces. There is rarely any physical evidence to prove that a legend is true. But they continue to be passed down from generation to generation, becoming a defining feature in communities.

The Pacific Northwest is no stranger to tales of mysterious creatures. Sea monsters, like the legends that talk about them, come in all shapes and sizes. They’ve become a mainstay in maritime cultures around the world. Sailors would tell these tales to give some explanation to tragedy at sea, to make their lives sound more adventurous to landlubbers or to make sure they weren’t left out of the buzz of a sea monster story. Even though there is advanced technology to explore ocean depths, researchers don’t know about everything that may be down there.

The sea serpent “Claude” was first sighted near the mouth of the Columbia River in 1934. L.A. Larson, a mate on the lightship Columbia LV-88, is believed to be the first human to have spotted Claude. Larson described Claude as, “About 40 feet long. It had a neck some 8 feet long, a big round body, a mean-looking tail and an evil, snaky look to its head.”

Other members of the Columbia’s crew confirmed Larson’s sighting, as did the captain and crew of the U.S. Lighthouse Service tender Rose.

Descriptions of “Colossal Claude” or the “Columbia River Sea Serpent” differ from person to person. While Larson said that the monster had an evil, snaky look to it, Capt. Chris Anderson of the schooner Argo reported several years later that, “His head was like a camel’s … He had glassy eyes and a bent snout he used to push a 20-pound halibut off our lines and into his mouth.”

The ship’s crews claim to have seen him for the next 20 years. Fishermen on the river reported sightings every so often. Claude hasn’t been seen around the Columbia River for about 70 years — since fishermen were telling their stories in the 1950s.

The North Coast’s second legendary celebrity is “Marvin,” who was originally spotted in 1963. In a videotape that has since been studied by some of the country’s leading marine biologists, divers from Shell Oil Co. captured footage of a massive creature moving past them.

Marvin reportedly is about 15 feet long, has barnacled bumps covering his body and swam in a spiral motion past the divers. Many scientists have examined the footage and debated how to explain Marvin’s appearance.

Some believe he is some type of jellyfish. Others are convinced that the sea monster is a remnant of prehistoric times and has only just decided to reveal itself to researchers in the last 60 years. There are also people who believe that Colossal Claude and Marvin are the same monster.

Although sightings of them have been scarce over the past few years, Marvin and Claude are still testaments to the mysticism that comes with living on the North Coast. Who knows when they may pop up again.