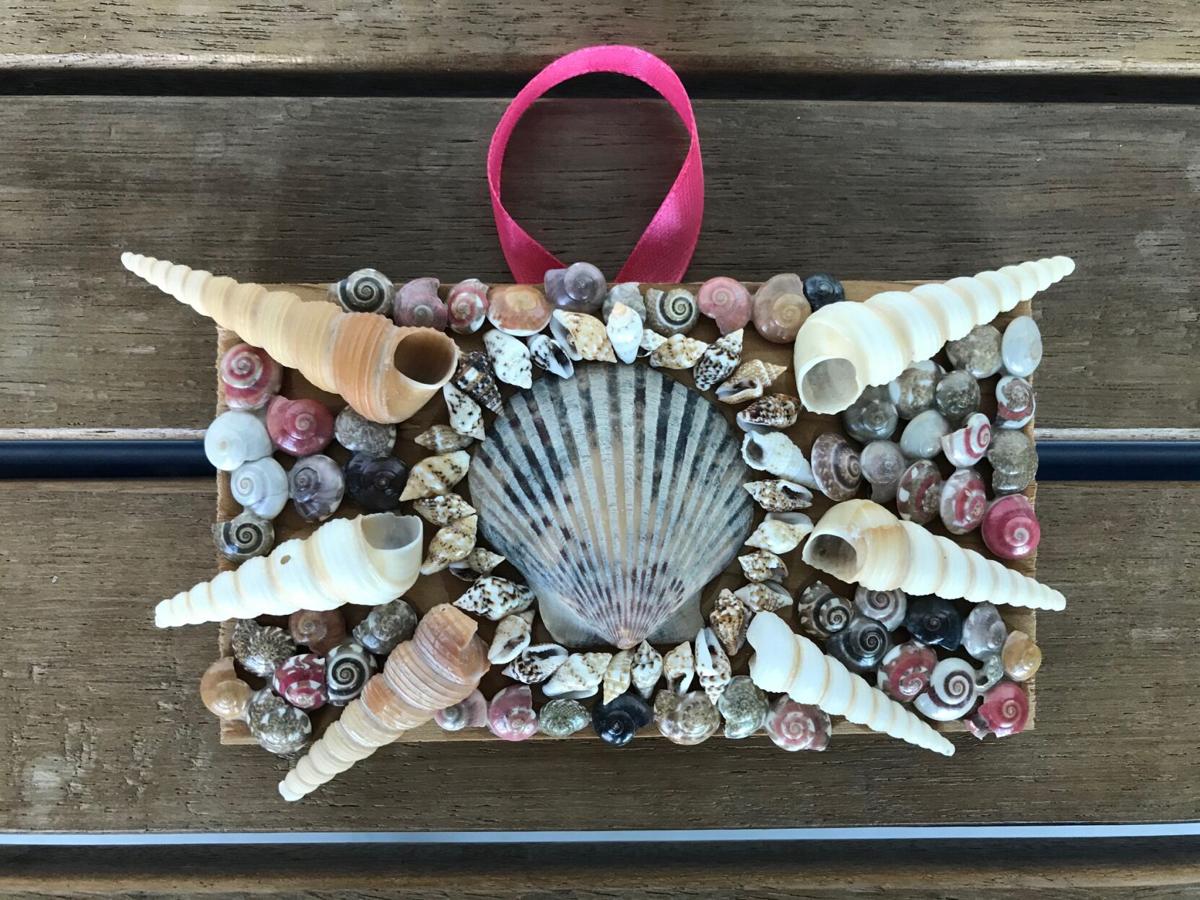 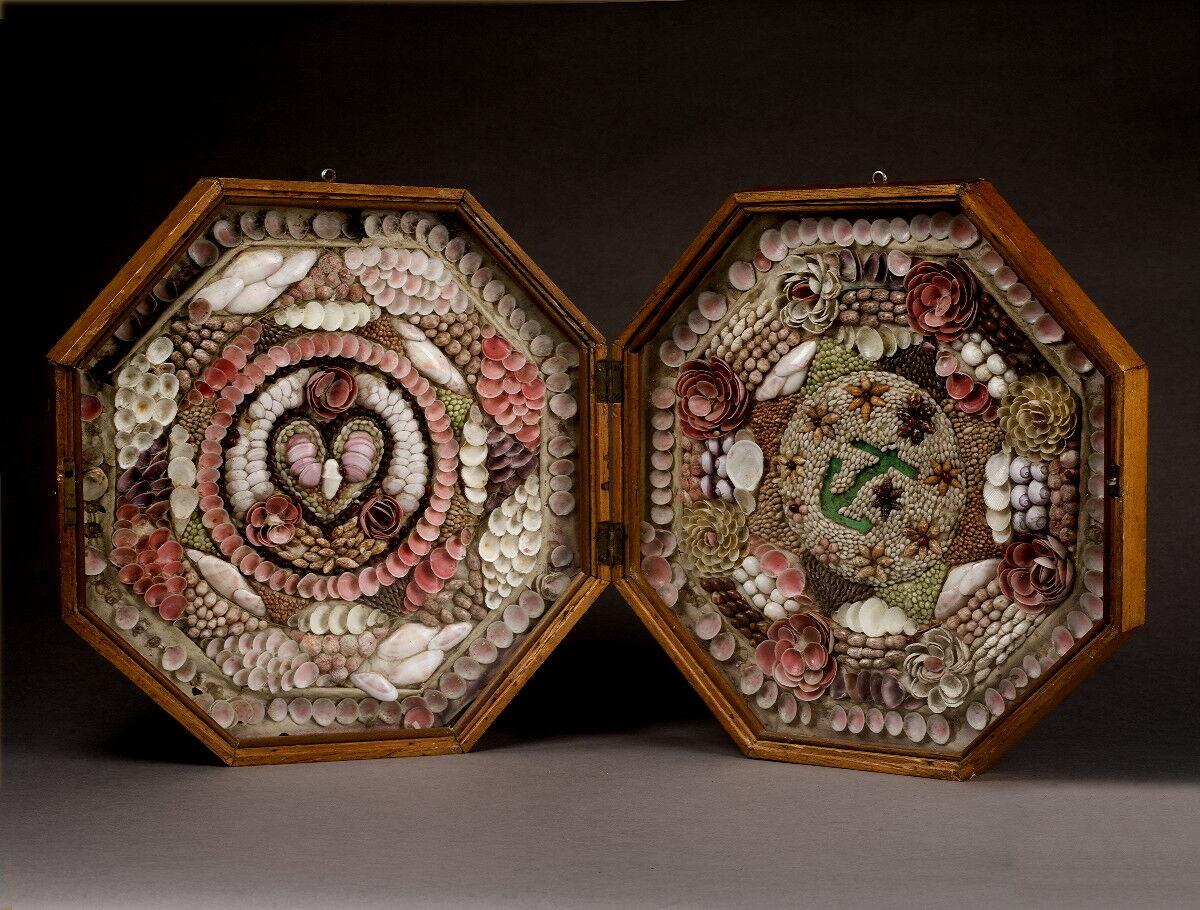 A ‘valentine anchor’ from The Magazine Antiques. 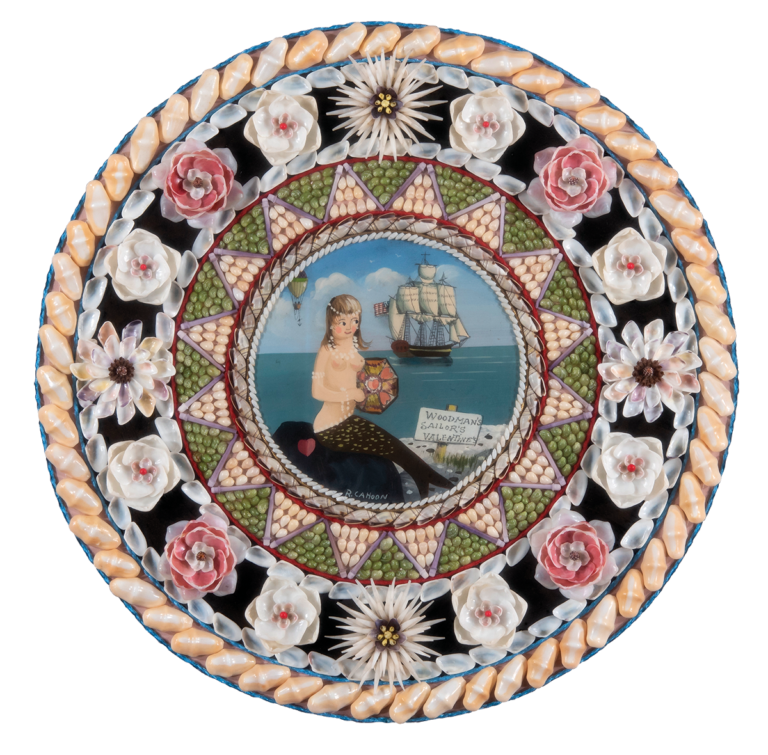 An example of a sailors’ valentine from the Cahoon Museum of American Art.

A ‘valentine anchor’ from The Magazine Antiques.

An example of a sailors’ valentine from the Cahoon Museum of American Art.

‘Tis the season for sailors’ valentines. These unique and time-consuming gifts are boxes decorated with intricate patterns and made of hundreds of seashells.

Typically, both sides of a valentine are connected by a hinge. Opening the box reveals delicate patterns of hearts, flowers, anchors and nautical symbols.

Designs may take hundreds of hours and require dozens of shells from different species. They range from just a few inches wide to almost 2 feet across, almost always in round or octagonal shapes.

Sailors’ valentines were popular in the late 18th- through early 20th-centuries but their peak popularity was from 1830 to 1880. Whalers and merchant seamen would give valentines as gifts to their loved ones, like souvenirs from their time at sea.

A common misconception is that sailors would make the valentines themselves while aboard their ships. With a long list of chores to conquer every day and the ship pitching and rolling in the waves, it’s unlikely that anyone would have had the time or the patience to create such intricate works of art.

As romantic as DIY art may sound, the majority of mariners would stop by “curiosity shops” throughout the West Indies (and particularly in Barbados) while waiting for their ship to resupply or get repaired.

Like reaching the last stop of a long trip and realizing “Oh shoot, I never got Grandma anything,” stopping by these shell-filled emporiums was a solution to a similar panic. The valentines were last-minute gift shop purchases.

Some of the oldest sailors’ valentines are made from shells that are found in the tropics, which is another reason scholars can trace these artworks to the West Indies rather than the sailors themselves. Barbados keyhole limpets, janthinas, and King Venus clams were some of the more common shells.

Residents in Europe and the U.S. became fascinated by the valentines as more ships began to travel around the world. A fad known as “conchylomania” in the 18th and 19th centuries strengthened their popularity as collectors began searching for the rarest, most beautiful shells across the globe.

As their trendiness shot upward, businessmen in Europe and the U.S. set up businesses that mimicked the curiosity shops of the West Indies.

One particular collector gave one of the largest oil companies in the world its start. Marcus Samuel ran an antique store in England where he sold sailors’ valentines that had been shipped from the Shell Co. curiosity shop in Barbados.

After his death, his sons, Marcus Samuel Jr. and Samuel Samuel, took over the business. They decided to take the company in a different direction and invested in a promising enterprise: fossil fuels. The end result was the Shell Oil Co.

Making your own sailors’ valentines this season is a simple, socially-distant activity that can keep February festivities alive. Simply wander along the beach to collect an array of shells, rocks and other natural debris.

Assembly after that is easy. Arrange your findings into various patterns on a small piece of wood or cardboard, then glue them to stick.