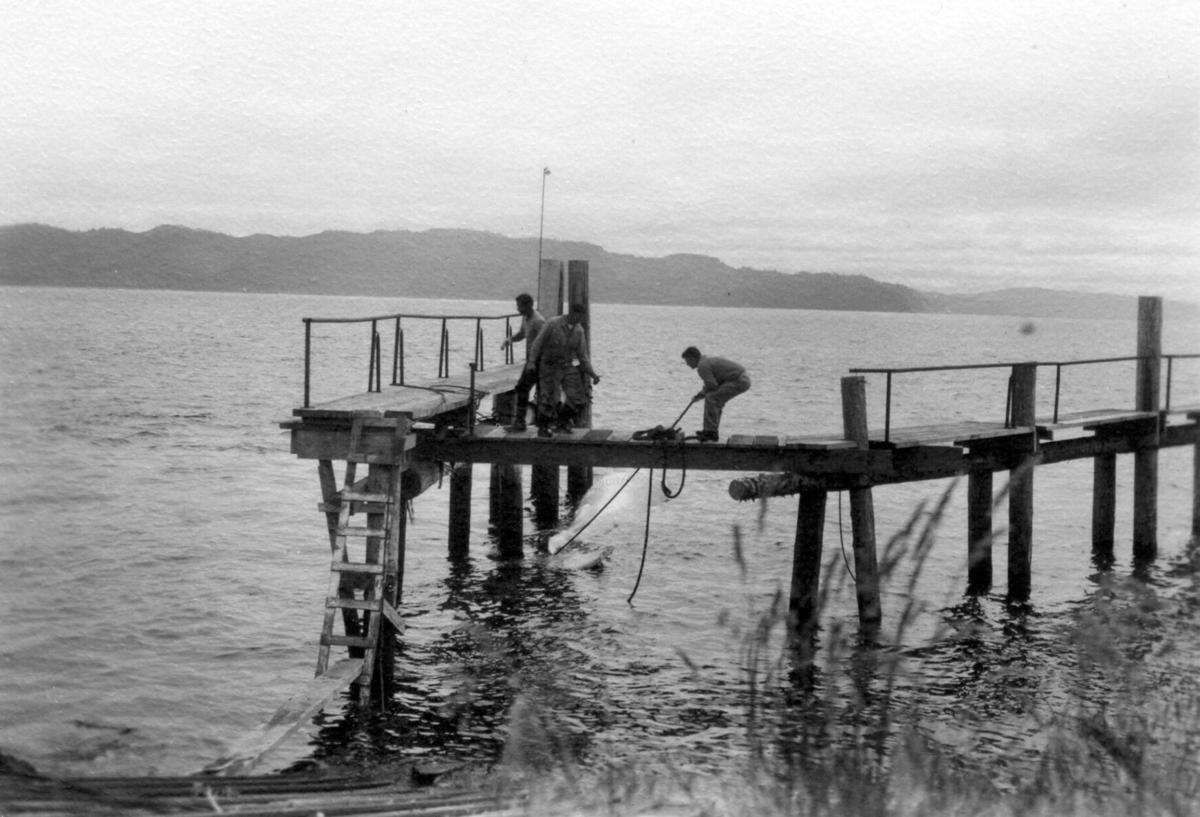 Workers haul up a whale at BioProducts in Warrenton. 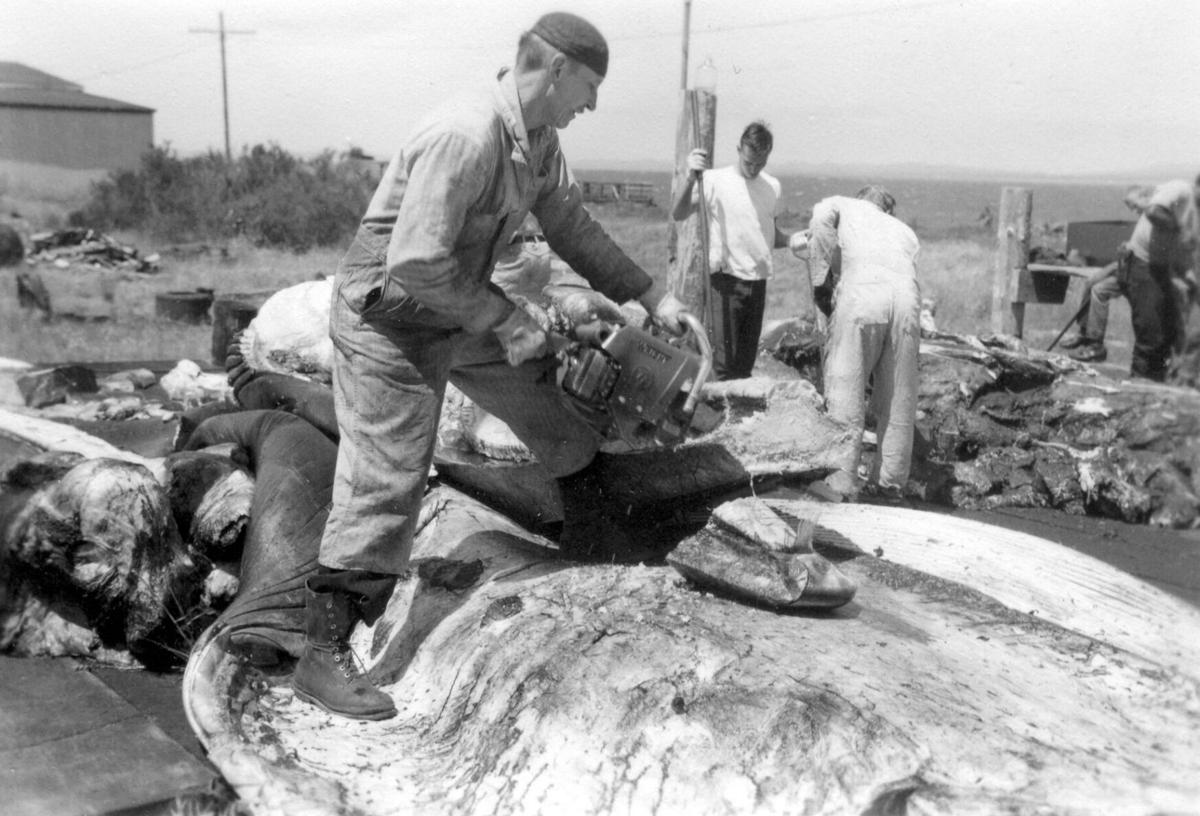 BioProducts used a variety of tools to utilize every part of the whales. 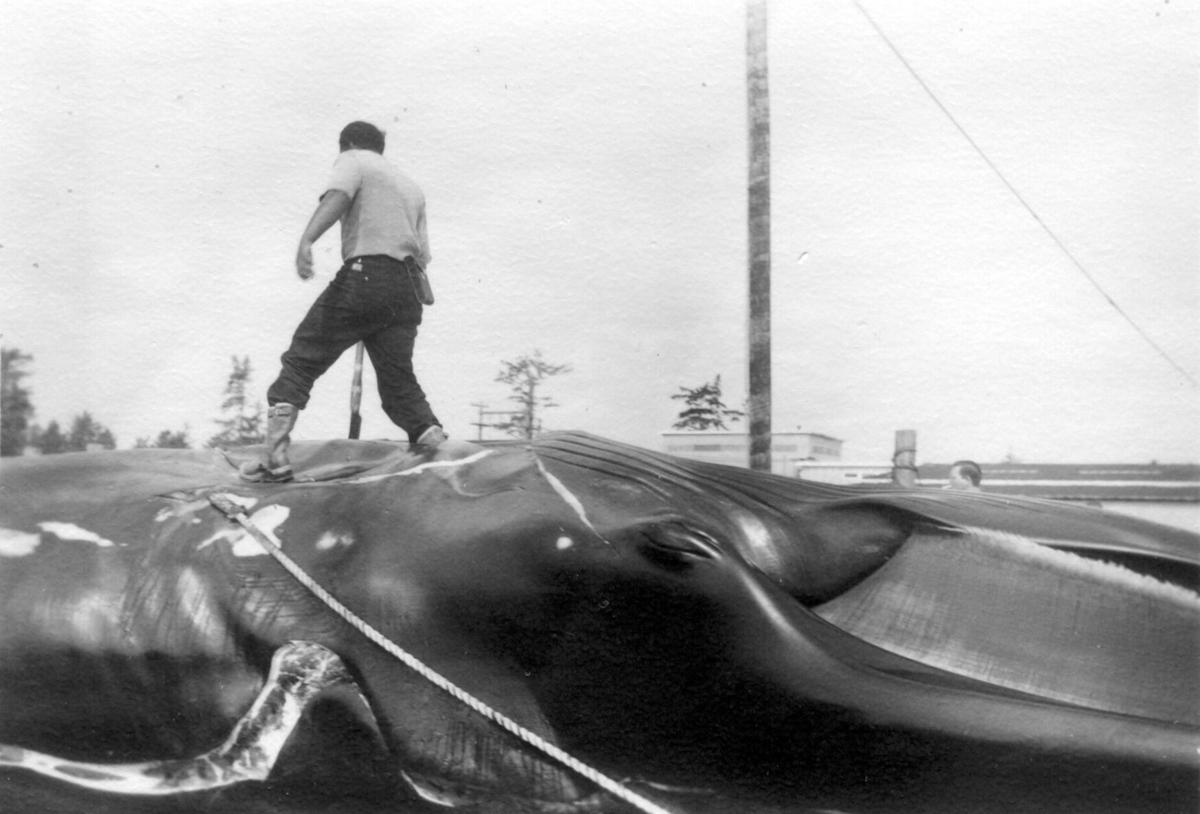 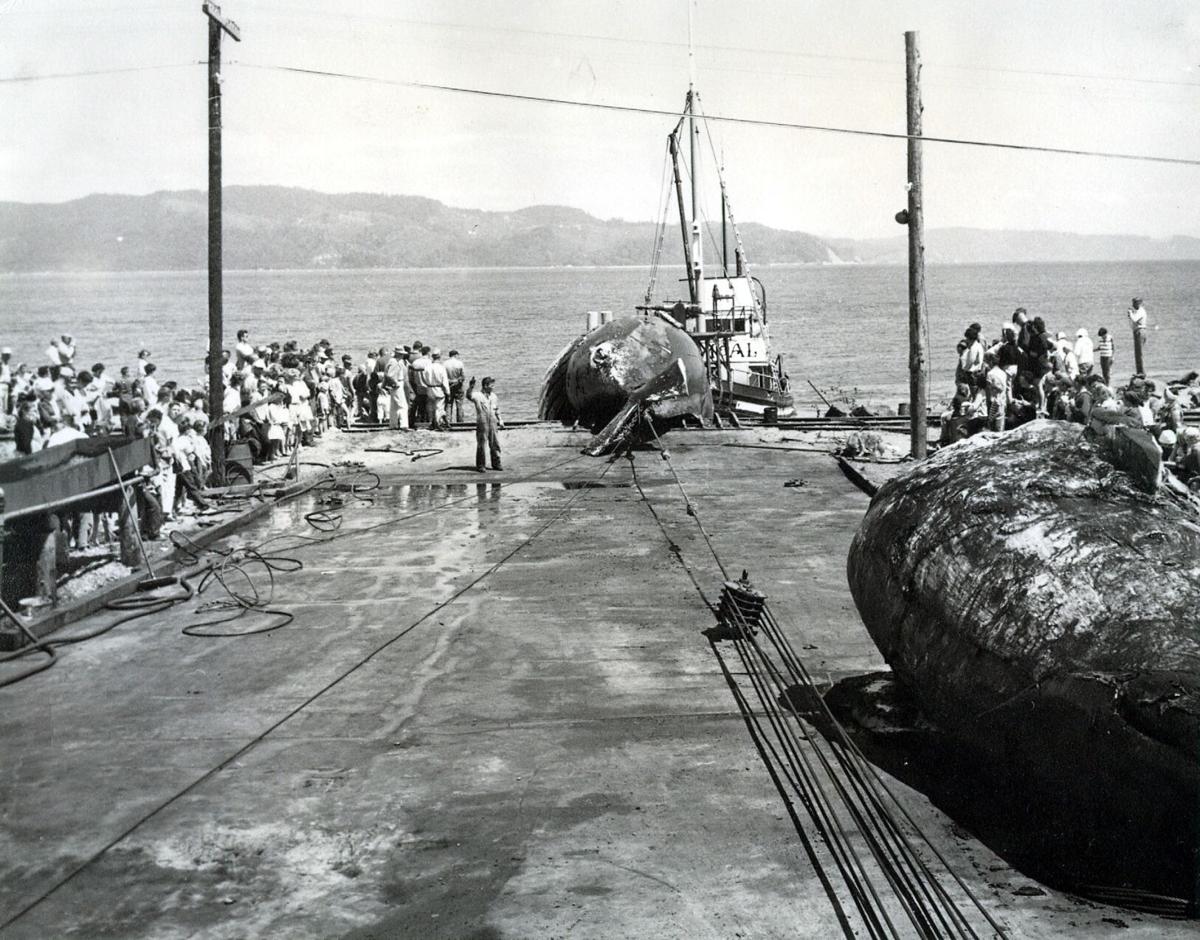 Crowds of people gather to watch whales be processed.

Workers haul up a whale at BioProducts in Warrenton.

BioProducts used a variety of tools to utilize every part of the whales.

Crowds of people gather to watch whales be processed.

Whaling took place all over the world. But the North Coast has a little-known history of being home to one of the last commercial whaling enterprises in the U.S.

Whaling was a thing of the past by the mid-20th century on the East Coast but it lingered longer in the West. In the 1960s, the industry became intertwined with Oregon’s mink farms.

As wild horse herd populations dwindled, mink farms across the state ran out of ways to feed their animals. Their solution was to turn to the oceans by developing a whale fishery that could provide them with a high quantity of nutrient-rich meat.

The proposal was a collaboration between the Oregon Fur Producers; BioProducts Inc. and its subsidiary Hvalfangst Oregon; and Frank Parker and Eben Parker, who owned the trawler Tom & Al that would become the company’s whaling boat.

The Tom & Al was outfitted with a harpoon gun that BioProducts purchased from Norway. The cannon was equipped with a 200 pound bomb-headed harpoon, which was designed to detonate after hitting its target to expedite a whale’s death. Frank Parker and Eben Parker’s goal was to run a more efficient vessel than the larger whaling operations that had shut down after being unable to support their crews.

The company strived to use as many parts of a whale as they could to minimize waste. The meat was used to fuel the mink farms and a few pet food companies in Oregon. Whale bones were also ground up and used for fertilizer. Whale oil was sent to the Mt Hood Soap Co., which used it for various types of laundry soap.

Crowds of locals came to watch the whales be processed, including an estimated 1,000 people when the first whale (a 43-foot sperm) was brought to the plant. Mark Dozier, the company’s chief flenser, became a coastal celebrity because of his ability to flense — or strip the whales of their blubber — so efficiently.

BioProducts’ whaling fishery shut down in 1965 for a few different reasons. First and foremost, the business was getting underway toward the end of commercial whaling in the U.S. The market wasn’t profitable anymore as synthetic alternatives to whale oil became more common.

It was also difficult to transport the whales after they had been hunted hundreds of miles away from the mouth of the river. In the time that it would take for the Tom & Al to tow the whales back to BioProducts for processing, gases inside their bodies sometimes putrefied the meat to the point that it was unusable.

Today, Bio-Oregon Protein is a subsidiary of Pacific Seafood and continues to transform fish and shellfish (but not whales) into a variety of products. While the history of commercial whaling on the North Coast was short-lived, it is yet another window into what makes this area unique.