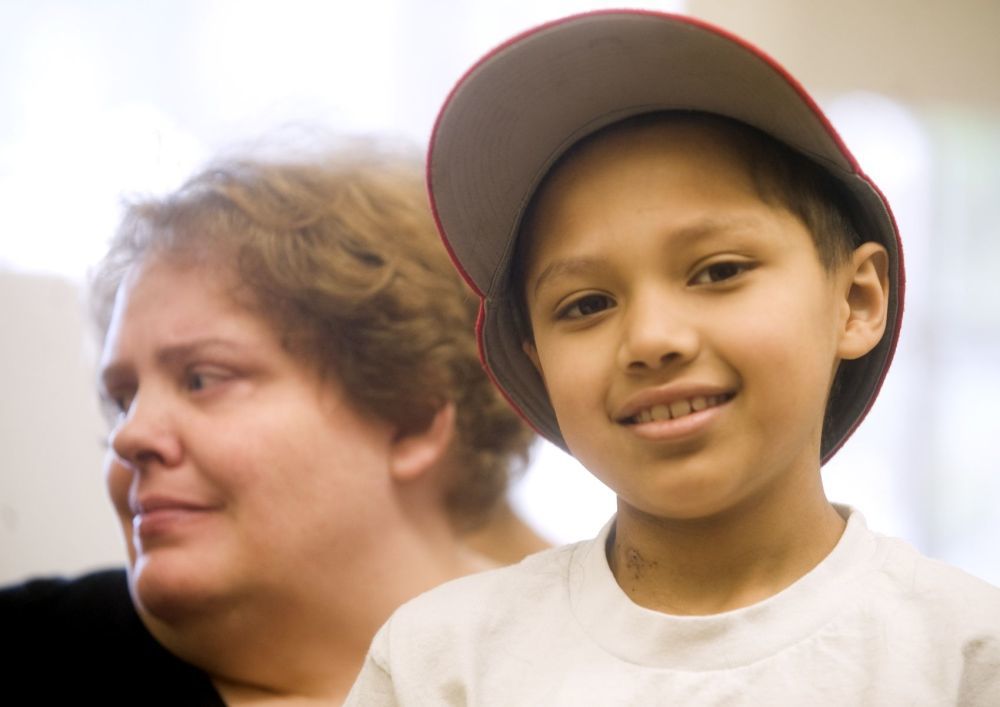 <p>Marcus Bolles and his mother Melanie have raised more than $5,000 through GoFundMe! in the last year to help pay for surgery in New York City. Marcus Bolles was diagnosed with a rare form of cancer in 2012.</p> 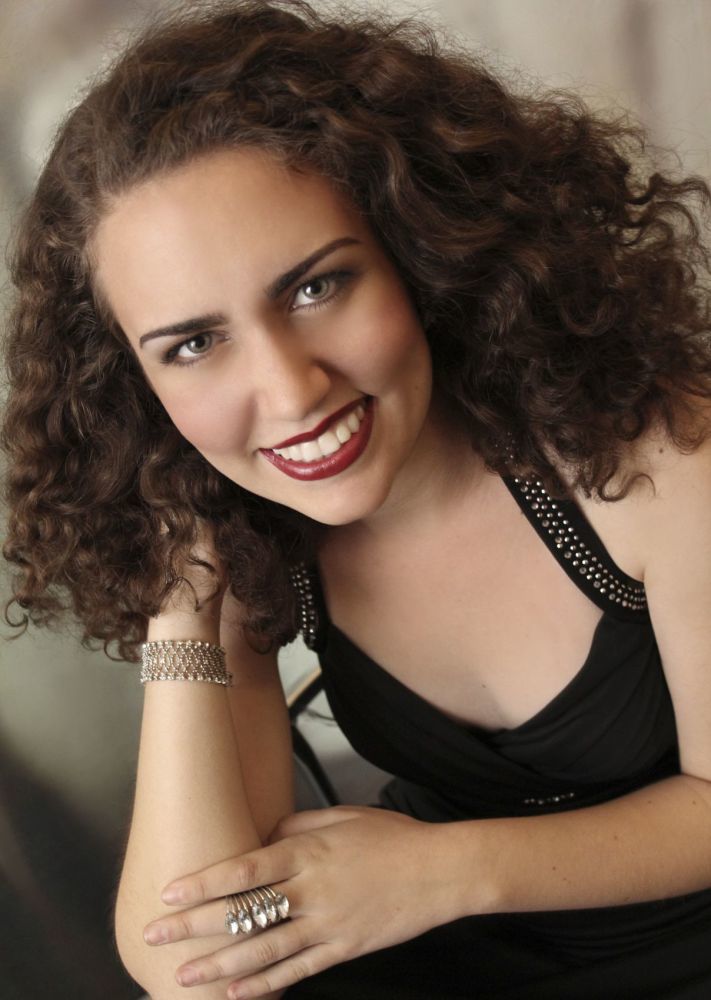 <p>Phoebe Gildea, 23, of Eugene, is raising money through GoFundMe!, a website that allows users to raise money for personal projects, education, adventures and more. Gildea hopes to raise $2,000 to participate in the Astoria Music Festival this summer.</p> 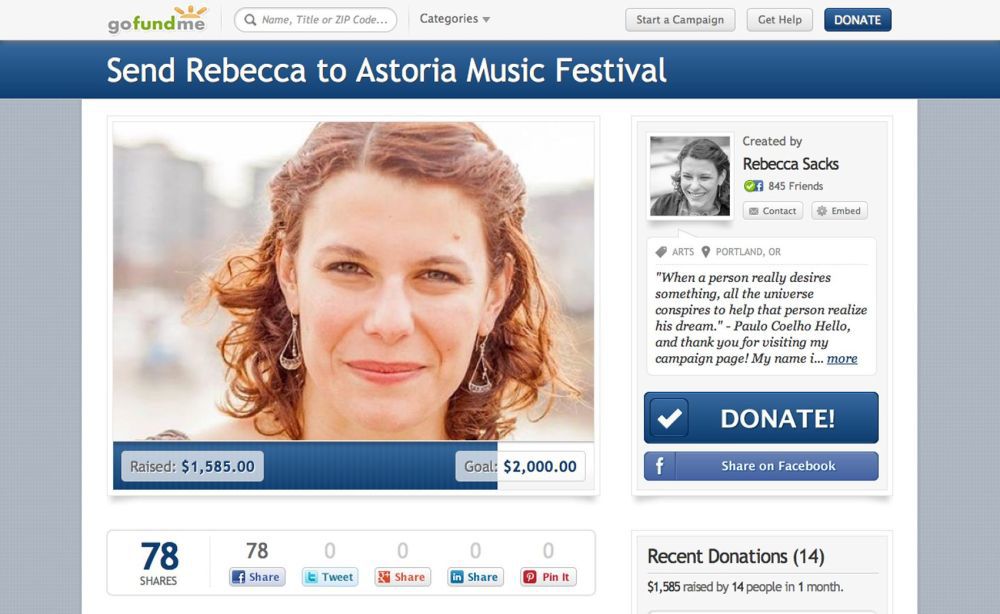 <p>Rebecca Sacks, 26, a grad student at Oregon Health & Science University, is well on her way to raising $2,000 to participate in the apprenticeship program at the Astoria Music Festival.</p>

<p>Marcus Bolles and his mother Melanie have raised more than $5,000 through GoFundMe! in the last year to help pay for surgery in New York City. Marcus Bolles was diagnosed with a rare form of cancer in 2012.</p>

<p>Phoebe Gildea, 23, of Eugene, is raising money through GoFundMe!, a website that allows users to raise money for personal projects, education, adventures and more. Gildea hopes to raise $2,000 to participate in the Astoria Music Festival this summer.</p>

<p>Rebecca Sacks, 26, a grad student at Oregon Health & Science University, is well on her way to raising $2,000 to participate in the apprenticeship program at the Astoria Music Festival.</p>

These days, many are looking to websites and social media to raise money for their projects, causes, adventures or education.

One of the most popular sites is GoFundMe, a site that allows a user to collect money via the Internet.

Two of this years Astoria Music Festival apprentices, a local boy with cancer and a homeless cat in need of surgery are just some of the sites fundraising recipients in recent months.

Rebecca Sacks, a 26-year-old graduate student at Oregon Health and Science University, is raising $2,000 to participate in this summers Astoria Music Festival as a resident young artist through the apprenticeship program.

Tuition for the program is $1,250, with added expenses for housing and purchasing the music for her role as Dorabella in Mozarts Cosi fan Tutte.

This is not just a wonderful opportunity for me, but also one of my dream roles, and I am incredibly excited for the experience, she said in her GoFundMe profile.

At the time of the interview last week, Sacks had raised $335. As of press time, that amount is up to $1,585. She is studying biostatistics and epidemiology at OHSU and earned a bachelors degree in music from Stanford University.

This is a great opportunity, but it is also kind of expensive; and being a student, I dont have a huge amount of disposable income, she said of the music festival. Some friends and family members wanted to know how they could support me as an artist and GoFundMe just seemed like an organized and systematic way do it. It helps me to keep track of who donates, but it also allows them to see that I am spending it the way I should be.

Sacks is originally from the Bay Area of California. Shes never been to Astoria and is hoping to raise her funds by June 11, when the festival begins.

Phoebe Gildea, 23, from Eugene, is also trying to raise $2,000 to cover her expenses for the Astoria Music Festival.

I found in the past when I have asked friends and family to help me with anything like this, a recital or a summer program, they were totally willing; but collecting, they didnt follow through, Gildea said. And I felt bad pestering them. But I thought if I had a website where they could donate right there online, theyd be more likely.

In one week, Gildea has raised $200 just by sharing a link to her GoFundMe account on Facebook. She also plans to email the link to her tech-savvy older relatives who dont use social media.

I dont know what the overall outcome will be, but it seems to be working. Ive had friends from college in California who I doubt would have mailed me a check if I called and asked. But they want to help and theyve donated on the site, she said. Even if its just $5, it all helps and I dont think it would be possible if there was not an online way to donate. Online makes it really easy.

Gildea teaches voice and piano lessons at a few studios in Eugene. She plans to audition for graduate school in voice performance.

For Marcus Bolles and his mother, Melanie, a rare form of cancer means the 8-year-old has to visit experts in New York City. Three trips to New York, plus the cab rides, food and other expenses for the weekslong trips, have meant thousands of dollars. But through GoFundMe, the Bolles family has had community support to the tune of nearly $5,000 on the website alone.

This community has been such a huge blessing, and I hate asking for help, Melanie Bolles posted on the site. I wish I didnt have to but I cant do it alone. In order to give Marcus the means and support to fight this demon, I need you all.

Bolles GoFundMe site can be found at http://www.gofundme.com/Get-Marcus-To-New-York.

Cash or the kitty

A nearly-feral Calico kitty found in a trash can in February was the recipient of funds raised on GoFundMe recently. Clatsop County Animal Assistance used the site to raise money for TC (Trash Can or Tripod Calico) the calico cat, which had a gunshot wound to the leg and was in desperate need of treatment.

We could see her sweet little paw was hanging off the bone, so we took her to Bayshore Animal Hospital, just as fast as we could, where she underwent an emergency amputation for her necrotic leg, the site profile read.

Animal Assistance needed $2,000 to pay for the surgery.

They raised the money in just 10 days through the site.

Animal Assistance decided to leave the site up because funds were still coming in; and as TC was healing, another kitty named Megler found itself in need of an operation, too.

We made our goal. We raised a little more than $2,000. Money is still trickling in. But we didnt take the campaign down, because we figured we could use any extra funds to help defray the cost of Meglers care, the latest site posting read. How this cat is alive is a MIRACLE. He either crawled into the wheel-well or engine of a car and fell out on the Megler Bridge. Someone saw him by the road side (and) called the shelter.

The 7-month-old kitten had road rash on its face. Almost all of its internal organs were pushed up into the chest cavity. His intestines were wrapped around his head.

His liver and kidneys had to be surgically re-attached in his abdomen. He died twice during surgery, but made it, the posting read. Magically, he made it.

Megler is expected to stay in foster care for another two months before he can be adopted. An additional $760 has been raised for Megler.

Some options to raise money online include: