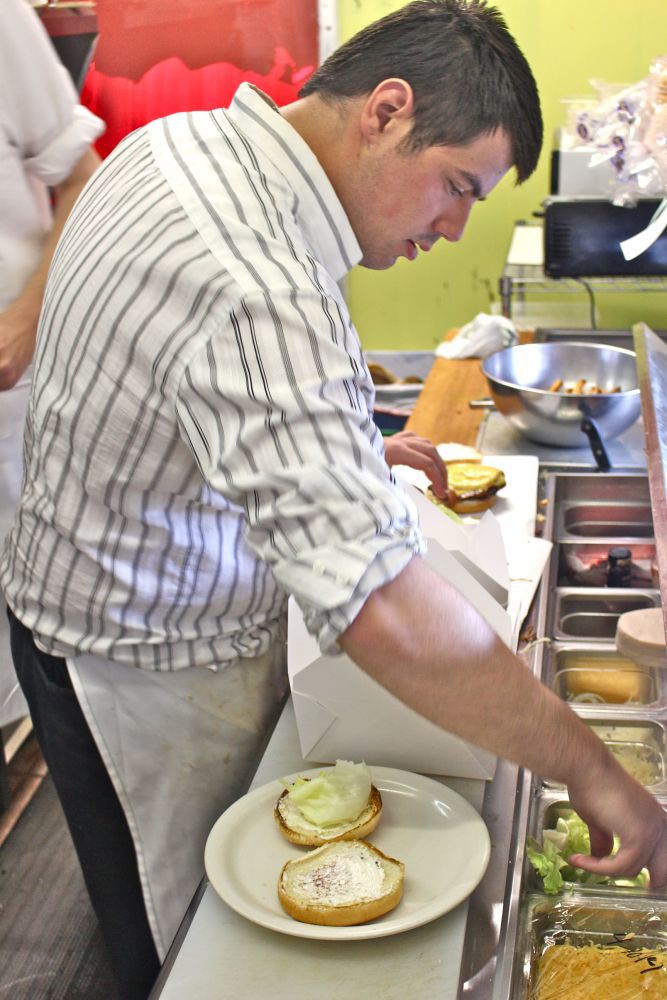 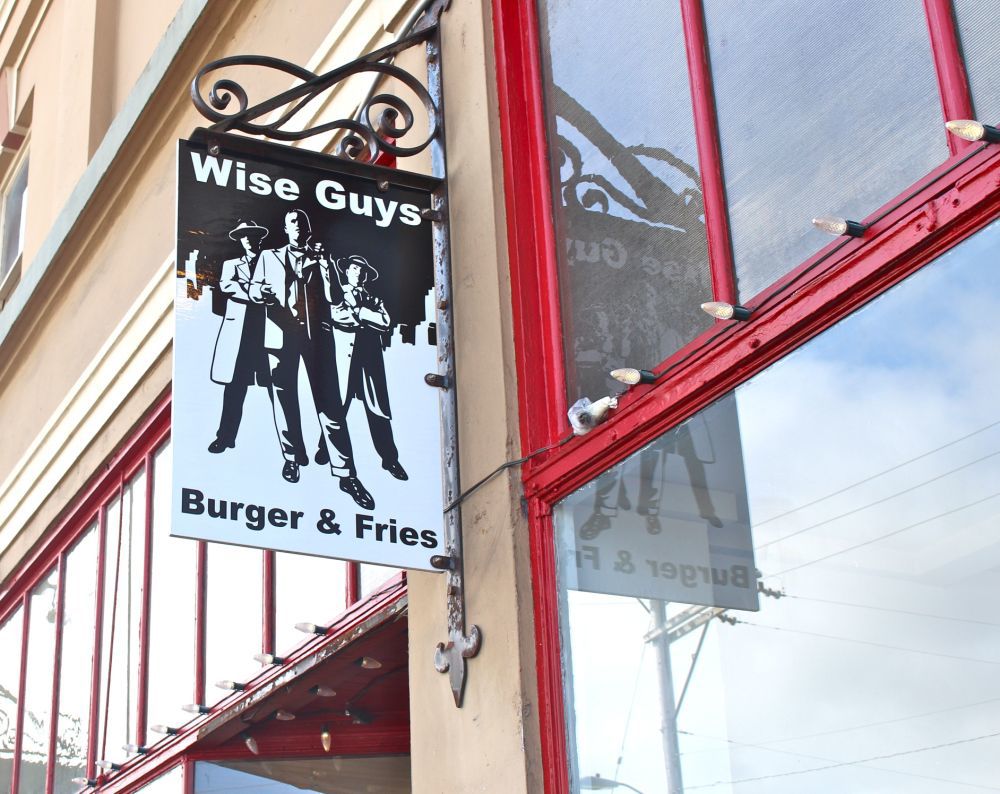 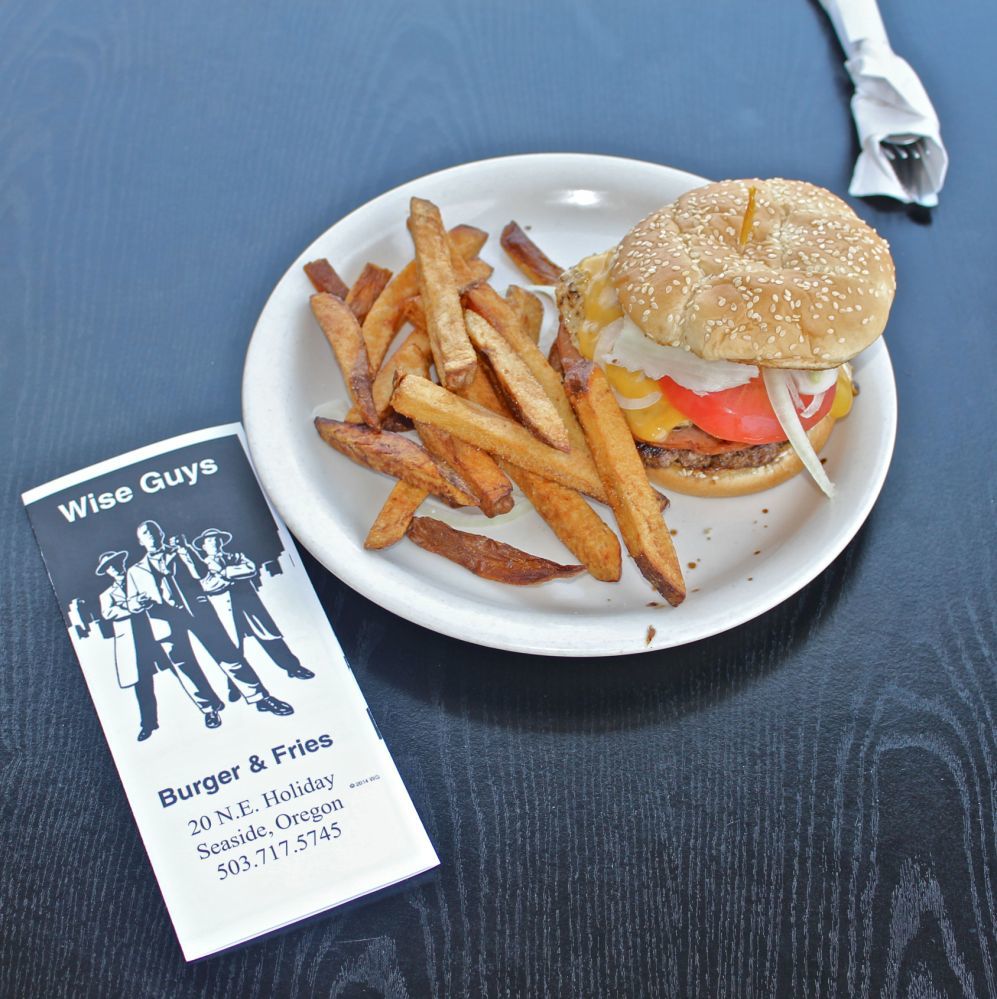 One of Mark Holloways first decisions before opening Wise Guys Burgers & Fries signaled the restaurants commitment to fresh food: He got rid of the freezer.

We dont own a freezer, Holloway, the restaurants owner, said of Wise Guys, which is located at 20 N. Holladay Drive in downtown Seaside. Everythings fresh.

Wise Guys opened on April Fools Day and it was no joke, Holloway said.

Holloway said that the restaurant has been busy since day one.

I couldnt possibly ask for any better off the bat, he said.

The owner believes that Wise Guys has been busy for a fairly straightforward reason.

As its name suggests, Wise Guys specializes in hamburgers, with 10 varieties of burgers, including a classic cheeseburger, a chicken burger, a Hawaiian burger with pineapple and Terriyaki sauce, a fish burger, a portabello mushroom burger, a veggie burger and their signature burger, the Wise Guys special burger.

Holloway describes Wise Guys food as between fast food and a sit-down diner, he said. Its quick serve, made to order.

Its almost a half pound of fish, Holloway said of the fish and chips, which features fresh cod from Ocean Beauty Seafoods in Astoria.

Holloway said they also buy their meat fresh from Reed and Hertig in Warrenton and only use Tillamook cheese.

We use nothing but the best, Holloway said. Why would you use anything else?

Holloway owned a deli in Portland in 1992, worked in restaurant kitchens for years and also worked in newspapers for roughly 20 years; the Wise Guys owner said he has had his eye on opening a burger spot on the North Coast for some time.

When the property at 20 N. Holladay Drive opened up, Holloway and his principal investor, Peggy Easter, pounced on the downtown Seaside location, which allows Wise Guys to serve both visitors at the nearby hotels and Holloways target market, Seaside residents.

Part of appealing to locals is making sure that Wise Guys food is consistently tasty, Holloway said.

We need to make sure its sent out right every time, he said. I want it all to go out hot and fresh, every time. I need that customer back.

When asked where the restaurants name came from, Holloway channeled his inner wise guy.

I could tell you, but Id have to hurt you, he said with a smile. Its just a concept, like any other.

If Wise Guys continues to thrive, Holloway hopes to open an Astoria location as soon as I can afford it, he said.