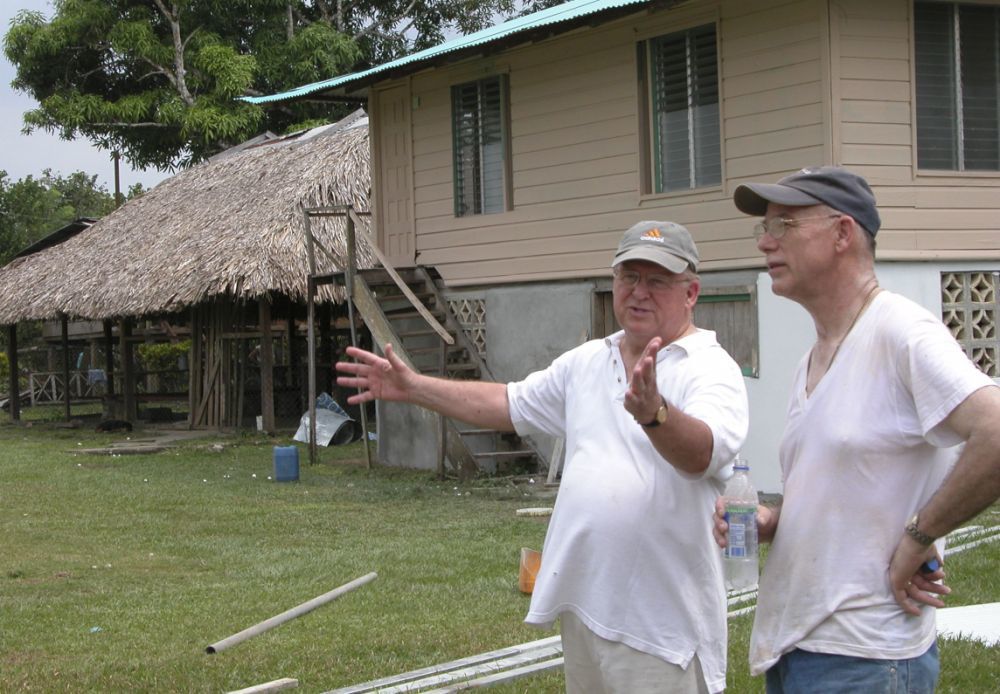 <p>Dick Scott, left, and Steve Buckelew in Panama in 2006 as they work on building structures in a village. Scott worked on translating a Bible for the indigenous group for more than 50 years. Buckelew designed the cover and layed out the pages.</p> 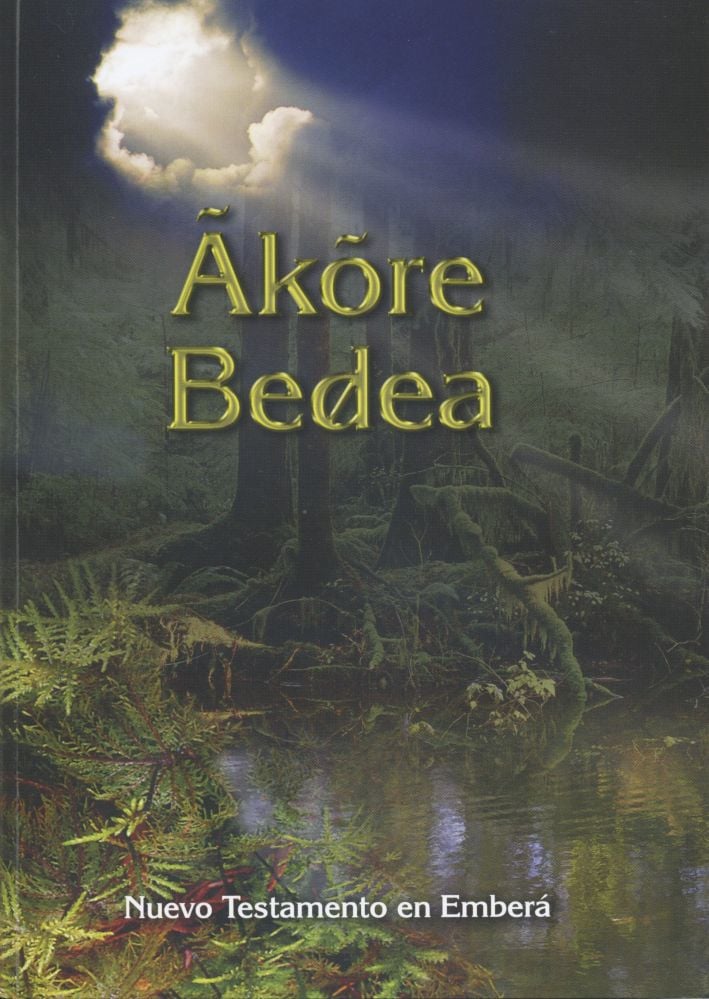 <p>The cover for the Choco Indian Bible was developed by Steve Buckelew of Astoria. A member of North Coast Family Fellowship, Buckelew spent only a few hours on the initial design. He also worked on laying out the pages and design.</p>

<p>Dick Scott, left, and Steve Buckelew in Panama in 2006 as they work on building structures in a village. Scott worked on translating a Bible for the indigenous group for more than 50 years. Buckelew designed the cover and layed out the pages.</p>

<p>The cover for the Choco Indian Bible was developed by Steve Buckelew of Astoria. A member of North Coast Family Fellowship, Buckelew spent only a few hours on the initial design. He also worked on laying out the pages and design.</p>

Choco Indians in Panamas Darién Province saw their language in print for the first time in March when they opened Bibles that were 53 years in the making.

The day had been long dreamed about by Dick Scott, a former pastor at Beaverton Foursquare Church. Scott spent a total of 13 years in the jungle and countless late nights developing what would become the written version of the Emberá language.

The now 78-year-old took on the lifelong endeavor when he was only in his 20s. But it was a project that couldnt be done alone.

If you dont have a team to work with you, your dream is too small, Scott said. If your dream is big, youre going to have to pull in people.

One of those people was Steve Buckelew, member of North Coast Family Fellowship and former director of marketing at Columbia Memorial Hospital. Buckelew first went to the isolated province on the border with Colombia about 10 years ago.

It was a remarkable trip, he said. You cant go to the jungles of Panama and not be changed.

Scott and Buckelew first met in a Weight Watchers class at the Foursquare church. Sometime later, the communications director gave Buckelew a call and told him Scott was in need of a cover for the Bible he was working on for the Choco  and he needed it the next day.

Buckelew sat down and prayed for an hour before starting. It was hard at first, he said, but then he started envisioning dense tropical forest and sun peering through clouds. He took images he had on his computer and began working with them in Photoshop.

Within three hours, I had in essence what the cover is now, he said. The Holy Spirit worked in him, he said. I really feel like it wasnt me that did that because I had no clue.

Soon he would be helping layout the Choco Bible with Adobe InDesign and working through proof after proof with Scott for each book in the New Testament.

In 1960, Scott headed to Panama with two years at the Summer Institute of Linguistics under his belt. He had graduated from Life Pacific College in California as well. Linguistic classes fascinated him and he readily accepted the opportunity to work as a missionary with the Choco.

Scott picked the book of Mark for his first attempt at writing out the Emberá language. Its the shortest and its the simplest Gospel, he said.

For 15 years, Scott worked with Jose Cabrera to develop the alphabet and punctuation marks. After his sudden death, Cabreras son, Ricardo, took over his duties and spent 35 years with Scott working on the Bible. Both spent their free time to develop the translation, either through messages or when Ricardo visited Oregon.

For years, Ive always put in two eight-hour shifts, Scott said. It sounds like that would really be hard, but I discovered sometimes you dont need a rest, you just need a change.

There were a lot of setbacks and one big one. The alphabet Scott had developed was changed by a group in Panama City at one point and ratified in the National Assembly.

He got the final approval from the Indian congress. I couldnt pull it all together until that was finished and thats where Buckelew came on the scene.

Buckelew, who doesnt know the language well, went off of Scotts translation that he imported in to InDesign. He estimates it took about three months just to layout the first book with the chosen point size and spaces between the lines. For each book, Buckelew would make a digital proof and send it to Scott. When it was close to being done, it would be sent to Cabrera.

When the tedious process was finally completed, the Bibles were shipped to Panama City and then had to be taken on a boat upriver to the villages. Buckelew and Scott were there in March to see the finished result in the hands of Choco who had never before read their language.

Scott said he wasnt prepared for what was going to happen. For years Ive dreamed of having a Bible done and printed and standing up in front of them and preaching in their language. When he stepped up, he said he lost it and felt the Lord telling him his dream was being realized.

Scott said what kept him going for so many years was the belief that every language and people deserve to have a Bible in their native tongue.