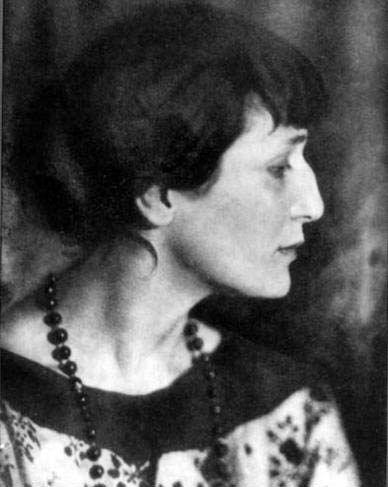 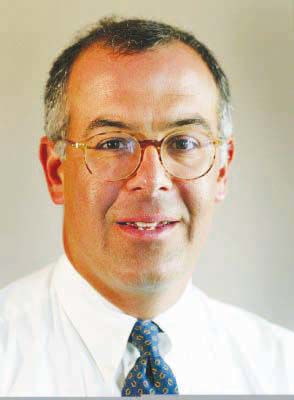 Eight months ago, I came across a passage in a book that has haunted me since.

It was in Michael Ignatieffs biography of Isaiah Berlin, and it concerns a night Berlin spent in Leningrad in 1945. Berlin was hanging out when a friend asked if hed like to go visit Anna Akhmatova. Not knowing much about her, Berlin said yes.

Twenty years older than Berlin, Akhmatova had been a great prerevolutionary poet. Since 1925, the Soviets had allowed her to publish nothing. Her first husband had been executed on false charges in 1921. In 1938, her son was taken prisoner. For 17 months, Akhmatova had stood outside his prison, vainly seeking news of him.

Berlin was taken to her apartment and met a woman still beautiful and powerful but wounded by tyranny and the war. At first, their conversation was restrained. They talked about war experiences and British universities. Visitors came and went.

By midnight, they were alone, sitting on opposite ends of her room. She told him about her girlhood and marriage and her husbands execution. She began to recite Byrons Don Juan with such passion that Berlin turned his face to the window to hide his emotions. She began reciting some of her own poems, breaking down as she described how they had led the Soviets to execute one of her colleagues.

By 4 in the morning, they were talking about the greats. They agreed about Pushkin and Chekhov. Berlin liked the light intelligence of Turgenev, while Akhmatova preferred the dark intensity of Dostoyevsky.

Deeper and deeper they talked, baring their souls. Akhmatova confessed her loneliness, expressed her passions, spoke about literature and art. Berlin had to go to the bathroom but didnt dare break the spell. They had read all the same things, knew what the other knew, understood each others longings. That night, Ignatieff writes, Berlins life came as close as it ever did to the still perfection of art. He finally pulled himself away and returned to his hotel. It was 11 a.m. He flung himself on the bed and exclaimed, I am in love; I am in love.

Today we live in a utilitarian moment. Were surrounded by data and fast-flowing information. Our reason has become an instrumental reason, as Leon Wieseltier once put it, to be used to solve practical problems.

The night Berlin and Akhmatova spent together stands as the beau ideal of a different sort of communication. Its communication between people who think that the knowledge most worth attending to is not found in data but in the great works of culture, in humanitys inherited storehouse of moral, emotional and existential wisdom.

Berlin and Akhmatova were from a culture that assumed that, if you want to live a decent life, you have to possess a certain intellectual scope. You have to grapple with the big ideas and the big books that teach you how to experience life in all its richness and make subtle moral and emotional judgments.

Berlin and Akhmatova could experience that sort of life-altering conversation because they had done the reading. They were spiritually ambitious. They had the common language of literature, written by geniuses who understand us better than we understand ourselves.

The night also stands as the beau ideal of a certain sort of bond. This sort of love depends on so many coincidences that it happens only once or twice in a lifetime. Berlin and Akhmatova felt all the pieces fitting amazingly into place. They were the same in many ways. There was such harmony that all the inner defenses fell down in one night.

If you read the poems Akhmatova wrote about that night, you get the impression that they slept together, but, according to Ignatieff, they barely touched. Their communion was primarily intellectual, emotional and spiritual, creating a combination of friendship and love. If friends famously confront the world side by side and lovers live face to face, Berlin and Akhmatova seemed to somehow enact both postures at once. They shared and also augmented each others understanding.

For Berlin, this night was the most important event of his life. Akhmatova was stuck in the Soviet Union, living under a regime of manipulation, fear and lies. She suffered horrendously for it. The regime decided that she had cavorted with a British spy. She was expelled from the Writers Union. Her son was thrown into prison. She was desolated but never blamed Berlin, speaking of him fervently and writing movingly about the numinous magic of that night.

Akhmatova was stuck in the Soviet Union, living under a regime of manipulation, fear and lies.