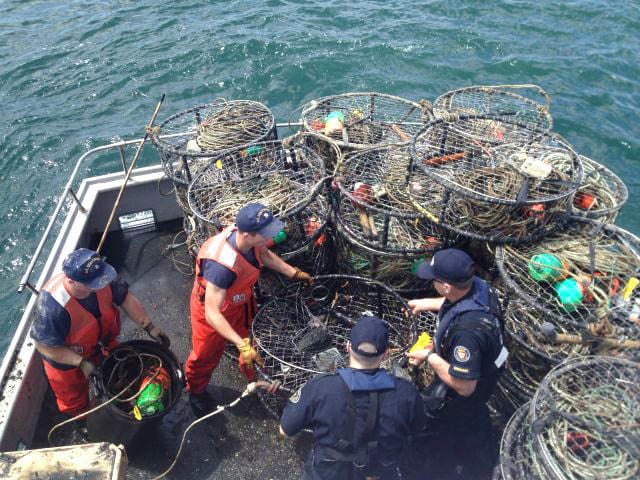 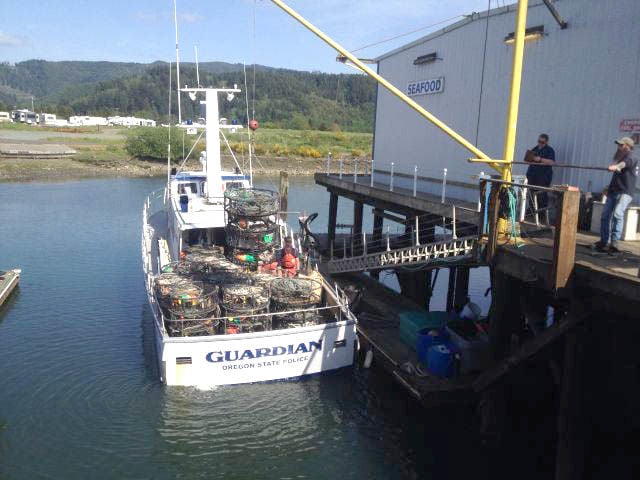 A three-month investigation by Oregon State Police Fish & Wildlife Division into illegal crabbing activity conducted by a Garibaldi-based fishing vessel led to the recovery of over 150 illegal crab pots, some of which may be stolen, and pending charges for two men. The investigation is continuing and OSP is planning a public viewing June 9 of seized crab gear with markings not associated with the fishing vessel named Valkyrie.

OSP Fish & Wildlife Division troopers started the investigation in December after a mandatory hold inspection noted the Valkyrie deployed commercial crab pots in the Pacific Ocean and did not conduct a landing within 14 days as required by law. The Valkyrie is owned and supervised by Aron Steinbach, 34, from Bay City, and was operated by two different captains. The first captain was Thomas White, 30, of Nehalem, and the most recent captain was a 52-year old Garibaldi man.

In February, OSP Fish & Wildlife troopers contacted Steinbach and White about violations. Subsequent to the ongoing investigation, Steinbach was cited for Leaving Gear Set More Than 14 Days Without a Landing and White was cited for No Commercial Fishing License. It also became apparent to troopers that many of the vessels crab pots had not been worked for long periods of time, causing concern that the gear could be killing, wasting and harming crab, greatly impacting the resource.

Starting May 6, OSP Fish & Wildlife troopers aboard the Departments Patrol Vessel Guardian, assisted by U.S. Coast Guard personnel and resources, began seizing Valkyrie commercial crab gear from the ocean near Cape Falcon. Many of the more than 150 seized crab pots had evidence of multiple violations. Several contained biomass in the form of rotten crab or crab parts, indicating crab were being caught by the unchecked gear and the crab were dying and going to waste inside the gear.

On May 12, Steinbach, who was in the Tillamook County Jail on an unrelated matter, was cited by OSP for the following class A misdemeanor charges:

 Leaving Gear Set More Than 14 Days Without a Landing

Each charge may have additional counts resulting from the ongoing investigation. No charges have been filed at this time for the vessels recent captain.

The Coast Guards help in providing personnel, vessels, aircraft, and logistical support was invaluable, and the manpower from a Sheriffs Office work crew to off-load the crab pots was much needed, said Samuels.

During the crab pot recovery, crab gear with different markings was found indicating some of the gear may be stolen. OSP Fish & Wildlife Division is scheduling a public viewing of seized crab pots to possibly identify any gear as stolen and facilitate its return to any owners. The viewing is scheduled from 1 to 3 p.m. June 9 at the OSP Tillamook Office located at 5995 Long Prairie Road.

Questions regarding the investigation and scheduled crab gear viewing may be directed to Sergeant Todd Hoodenpyl at 503-815-3373.