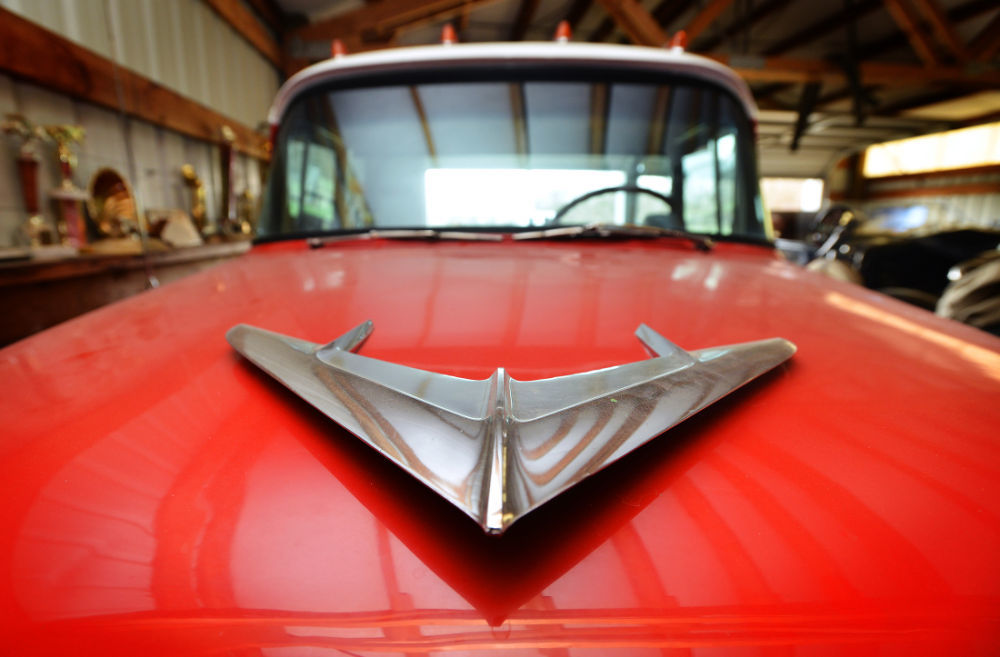 <p>Staff photo by E.J. Harris The winged hood ornament on a 1955 Chevy pickup Rusty Roe restored with his help from his wife's father.</p> 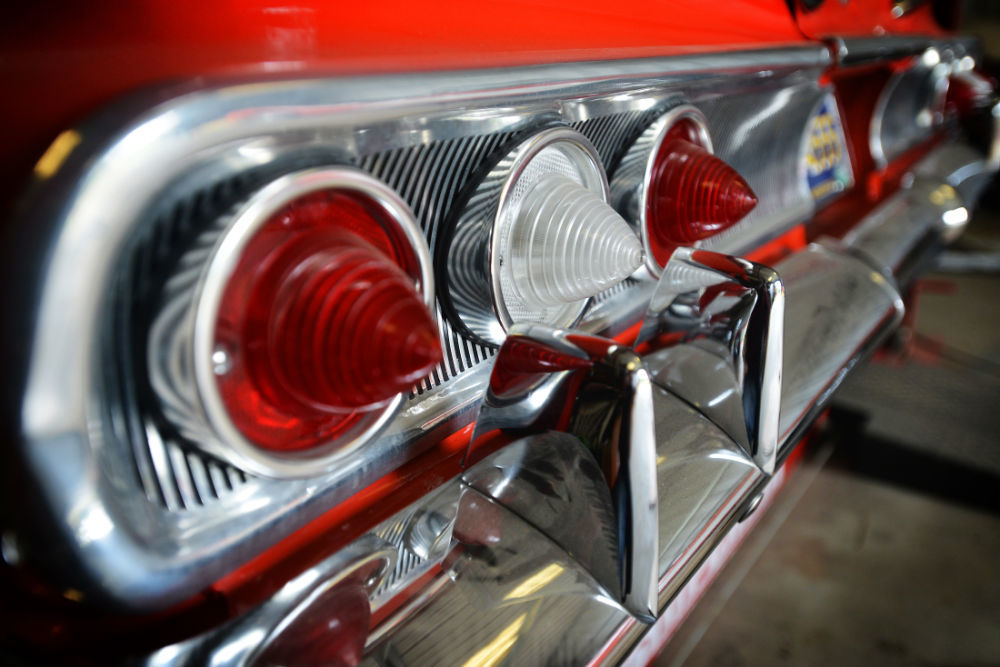 <p>Staff photo by E.J. Harris The conical tail lights of a 1960 Chevy Impala that Rusty Roe bought as a retirement gift for himself.</p> 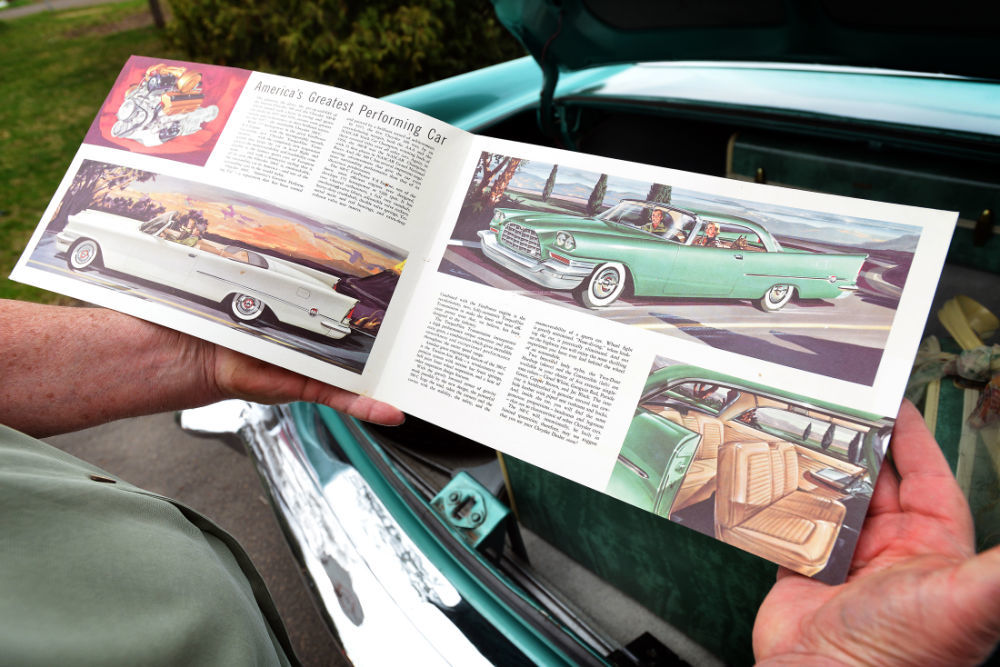 <p>Staff photo by E.J. Harris The winged hood ornament on a 1955 Chevy pickup Rusty Roe restored with his help from his wife's father.</p>

<p>Staff photo by E.J. Harris The conical tail lights of a 1960 Chevy Impala that Rusty Roe bought as a retirement gift for himself.</p>

If you ask Thelma and Rusty Roe how many vehicles they own, it takes them a while to answer.

"I think it's 34 if you count everything with wheels," Rusty said.

Classic cars, vintage trucks and beat-up old "project cars" are tucked into every nook and cranny of their property outside of Hermiston, stashed away in outbuildings and corners of the yard like walnuts stored for winter by a particularly industrious squirrel.

"One of these days we're going to have to get rid of some, but they're like our kids," Rusty said.

The couple doesn't have any flesh-and-blood offspring to complain about the comparison. When the Roes got married they formed a "yours, mine and ours" collection of automobiles instead, and they talk about the first car they bought together -- a red and white 1958 Corvette -- with traces of the fond sentimentality some people reserve for talking about the birth of their first child.

The Roes love cars of all stripes, but they have a special place in their hearts for Corvettes because that's what they were both driving when they met.

"I got this red Corvette at 21. I thought 'I'm going to keep it until I'm old,' and here I am," Thelma said, pulling back a dust cover to reveal the 1977 Corvette that caused Rusty to ask around about the "redhead in the red Corvette" he kept seeing drive by.

The Roes tend to tell their life story in terms of cars. Sharing a garage with the red Corvette is the 1955 Chevy pickup Rusty restored with Thelma's father, helping convince her dad that the man who wanted to marry his little girl was all right. Next to that is the 1941 Lincoln Zephyr that was their "getaway car" after their wedding 34 years ago this April. In the far corner are three Model T Fords that Thelma's father raced in the "Montana 500" for Model Ts when she was a little girl.

The stories behind the cars are what makes them so hard to part with. When asked what cars they would save first if a raging wildfire left them little time to move vehicles, Thelma and Rusty said it was the cars with the most memories -- not necessarily the most value.

"A lot of them have sentimental value," Thelma said. "They mean something to us. They've been in the family or we bought them from friends. A lot of people buy restored cars and they don't really know the history."

The Roes try to drive all the vehicles as often as they can, preferring to take them on the open road when heading to car shows instead of loading them up in a trailer. That choice has caused them a few headaches dealing with breakdowns on the side of the road, but mostly it wins them respect and helps add to the house full of trophies that goes with the yard full of cars.

"That's the point of owning a car, is to drive it," Rusty said.