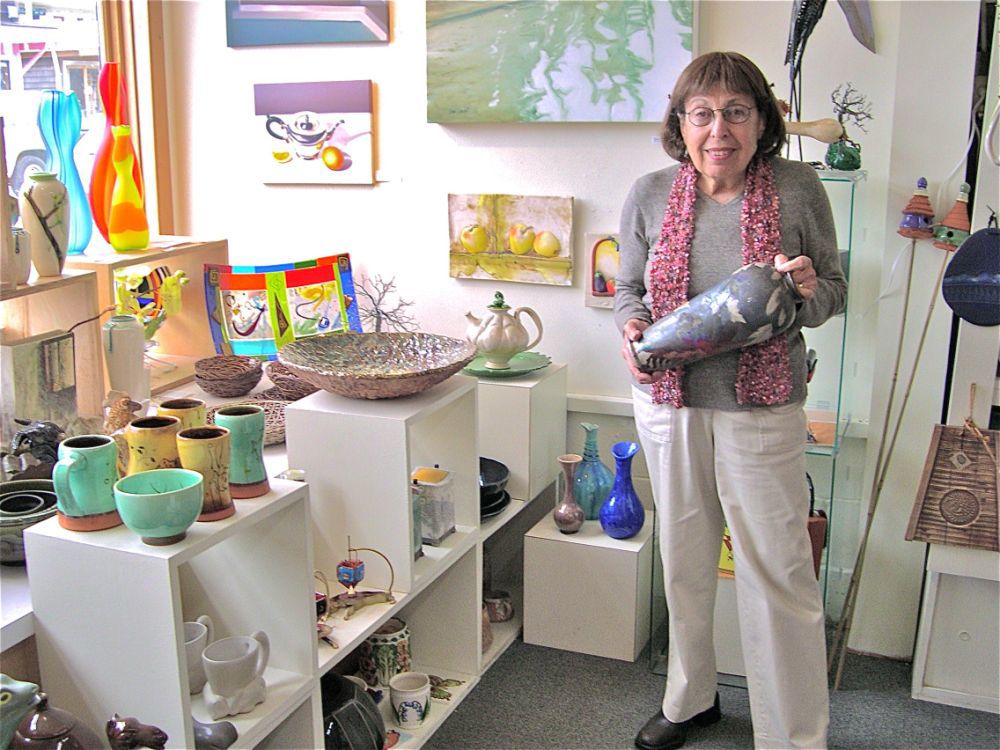 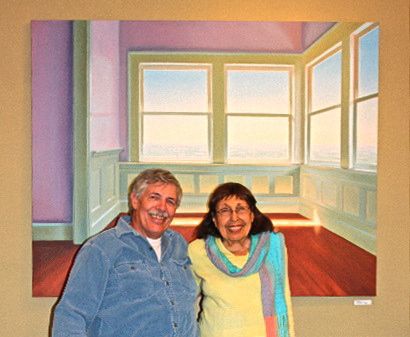 <p>Artist Ken Grant exhibited in the White Bird Gallery when Evelyn Georges owned it. Georges, who died May 10, said she had a sense for that "something special" in an artist's work that she wanted to exhibit in the gallery.</p>

<p>Artist Ken Grant exhibited in the White Bird Gallery when Evelyn Georges owned it. Georges, who died May 10, said she had a sense for that "something special" in an artist's work that she wanted to exhibit in the gallery.</p>

Evelyn Georges, the potter who opened the White Bird Gallery in 1971 and helped establish Cannon Beachs reputation as an arts colony, died in Portland May 10 after several years of ill health and a battle with Alzheimers Disease. She was 87.

We were all surprised by her sudden death. She had become a different, quieter person, but she was still a huge force in our lives, her daughter Andra Georges wrote. Its hard to imagine that she is gone.

Evelyn Georges owned the gallery  one of the first in Cannon Beach  for 39 years, retiring in 2010.

During that period, she and her business partners combined fine art, including paintings and sculpture, and fine crafts, including ceramics, jewelry, metalworks, glassworks and fiber-works into the same enterprise.

Hers was one of the first galleries in the nation to combine the arts, said Allyn Cantor, who started working for Evelyn Georges in 2001 and bought the White Bird when Georges retired.

She took chances on artists she believed in and would sometimes purchase art just to keep them going, Cantor said.

Georges was generous to friends and strangers. She was known to give newlyweds a gift from her galleries at no cost.

At her beach house, she often hosted receptions for artists and clients after their exhibitions opened at White Bird. She created a big family of artists and art-lovers, Cantor said.

She and her gallery are the reasons I came to Cannon Beach, said Barbara Temple Ayres, who worked for Evelyn Georges from 1972 through 1974. She just took me under her wing. She found a place for me to live, which was over Osburns Grocery store. And she was a wonderful mentor and surrogate mother  a mother hen.

Ayres admitted that her boss, who had a feisty disposition, was not an easy person to work for.

She was very opinionated and always spoke her mind, Ayres said. She did not excel in tactfulness.

If she cared about you, she wanted to improve you, Andra Georges wrote. She was probably right, but we just didnt always want to hear it quite so bluntly.

When people, regulars or tourists, walked through the door and had their eye on a certain piece but expressed doubts about purchasing it, she would tell the customers all about the artist and the history of the piece, and really give them the confidence to follow through on the things they fell in love with.

Many people came in and ended up buying the things that she persuaded them to buy, Andra Georges said. But she did want to persuade people to buy things to make a sale. She loved matching art with people, and educating people about art, and helping them understand why they loved it and validating their attraction to a particular artwork.

Today, there are people quite happy that Evelyn Georges persuaded them 30 years ago to buy a painting they still cherish.

She was selling what she loved, and that was the most important thing, Andra Georges said.

Evelyn Georges was born and raised in a Jewish neighborhood in The Bronx in 1927.

When she first moved to Oregon in the early 1950s, one of the first things she did was take ceramics classes at Portland State University. The crafts scene was incredibly fertile at the time, Andra Georges said.

Evelyn Georges spent most of her life in Portland and would commute to Cannon Beach on weekends with her husband, Ossie, and their three children, Andra, Emily and Daniel. They would stay in the beach house that her husbands family purchased in 1944.

My mom had no experience running a business, but she had a lot of enthusiasm, said Andra Georges, who worked for her mom during the gallerys first year. She would say she opened the gallery to give me a summer job while I was in college. But I personally didnt believe that.

Because of her good eye and good taste, and because of her connections with Pacific Northwest artists, Evelyn Georges made White Bird Gallery one of the highest quality galleries that the (Oregon) Coast has had, Ayres said.

She was a power in our area, and especially in the art world, Ayres said.

For information on memorial services, contact the White Bird Gallery at 503-436-2681.