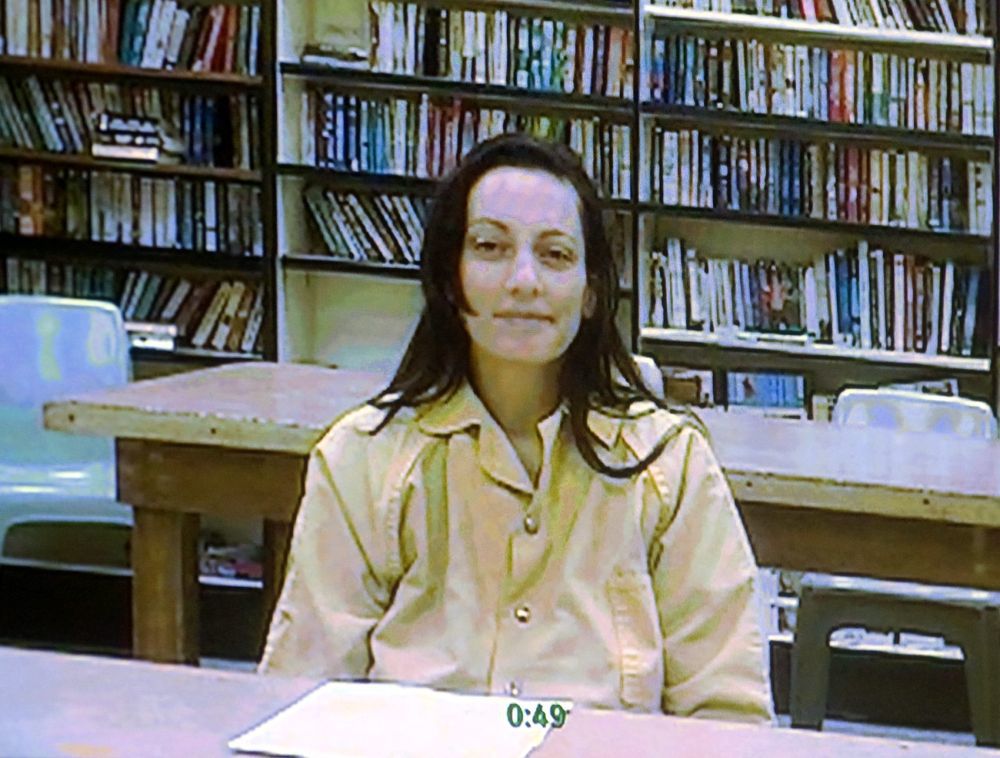 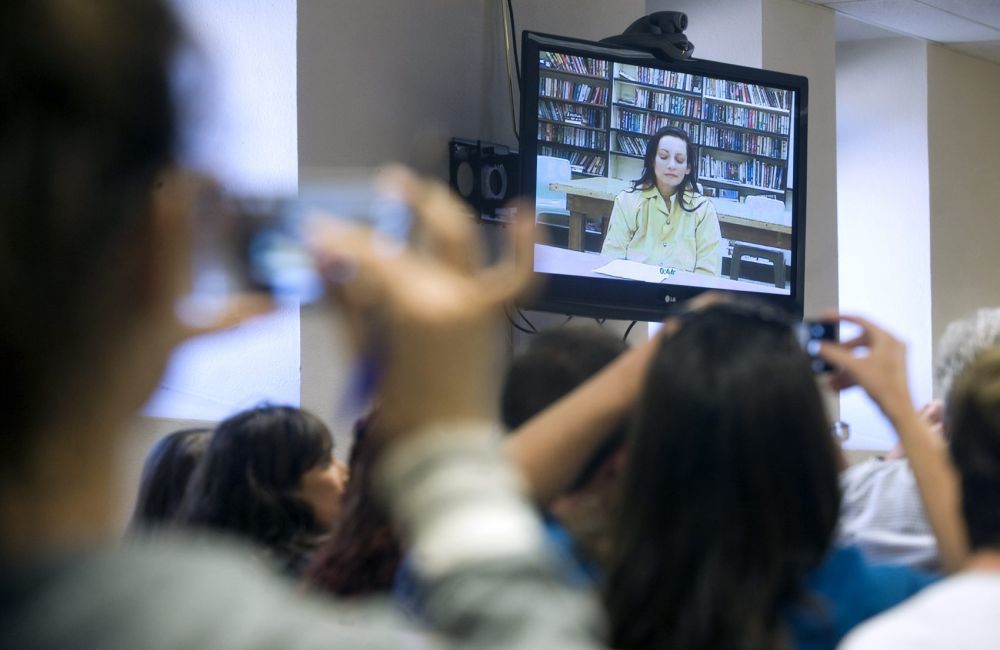 <p>Jessica Smith, the 40-year-old mother from Goldendale, Wash. facing aggravated murder charges, appears via video link for her arraignment at the Clatsop County Courthouse Monday. A grand jury will convene this week and determine whether an indictment will be filed against Smith.</p> 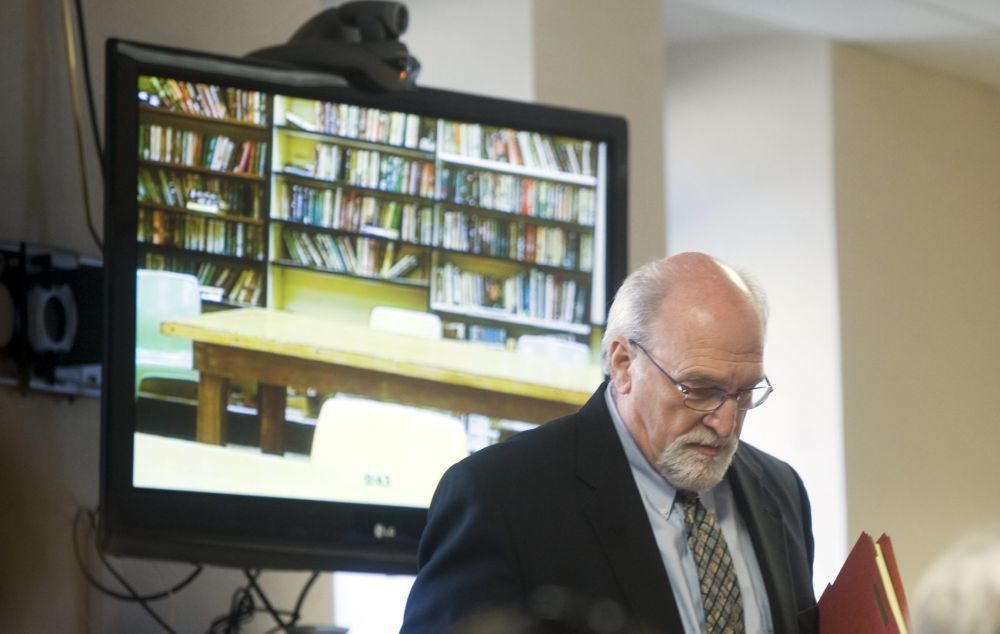 <p>William Davids Falls, the attorney hired to defend Jessica Smith, attends Smith arraignment inside Courtroom 100 Monday inside the Clatsop County Courthouse. "We try things in the courtroom not the media," said Falls in response to media questions while exiting the building.</p> 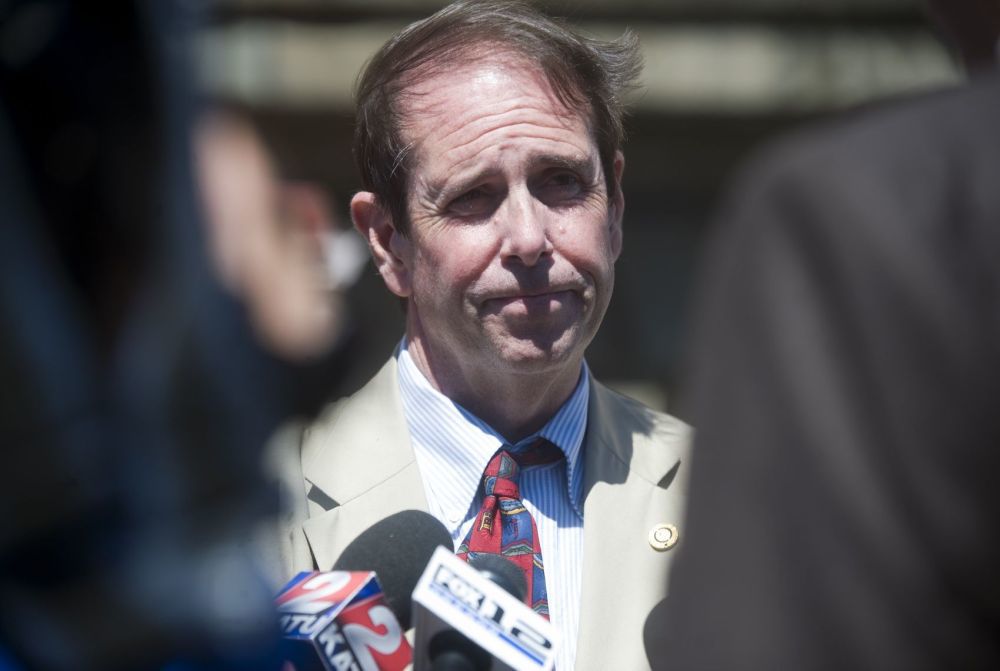 <p>Clatsop County District Attorney credited the U.S. Coast Guard who flew for four hours over the forest land outside of Cannon Beach before finding Jessica Smith. "This was truly a hail mary pass," Marquis said.</p> 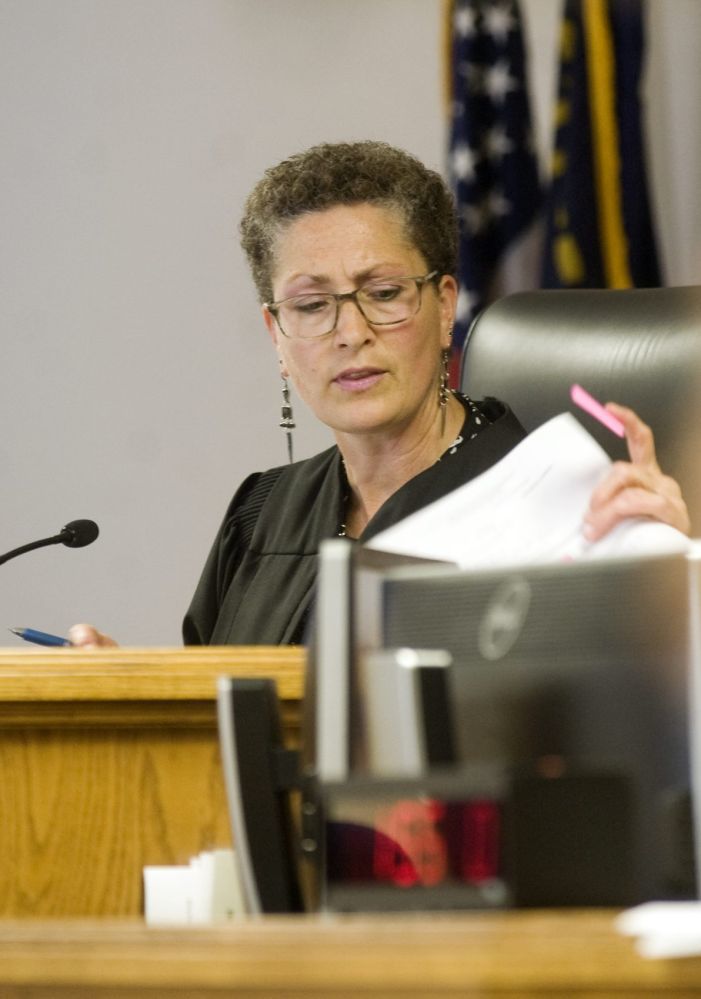 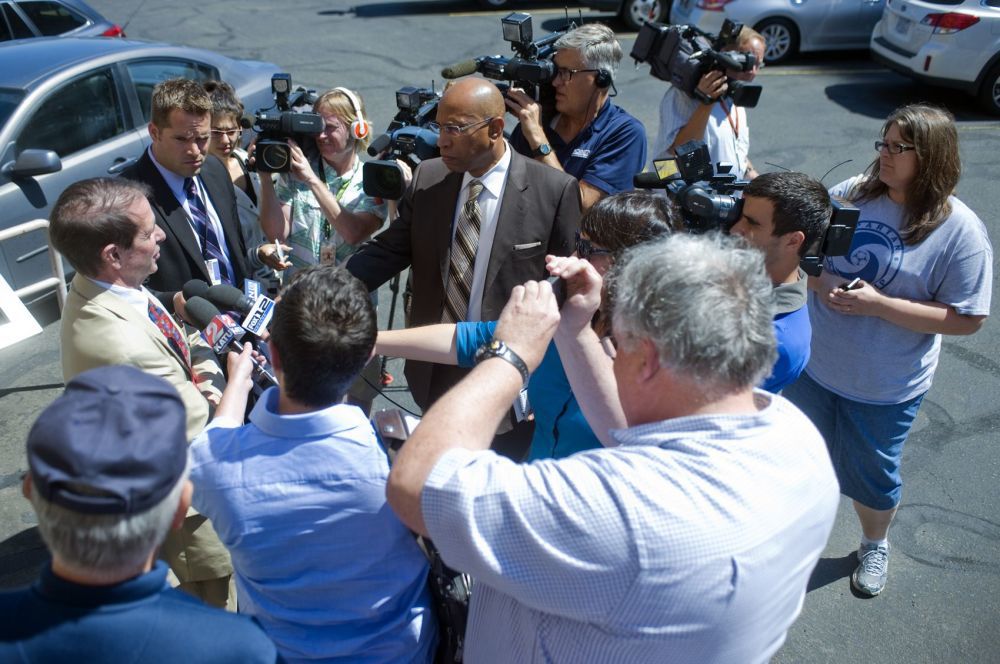 <p>Jessica Smith, the 40-year-old mother from Goldendale, Wash. facing aggravated murder charges, appears via video link for her arraignment at the Clatsop County Courthouse Monday. A grand jury will convene this week and determine whether an indictment will be filed against Smith.</p>

<p>William Davids Falls, the attorney hired to defend Jessica Smith, attends Smith arraignment inside Courtroom 100 Monday inside the Clatsop County Courthouse. "We try things in the courtroom not the media," said Falls in response to media questions while exiting the building.</p>

<p>Clatsop County District Attorney credited the U.S. Coast Guard who flew for four hours over the forest land outside of Cannon Beach before finding Jessica Smith. "This was truly a hail mary pass," Marquis said.</p>

Sundays arrest brought an end to a busy weekend for local, state and federal agencies who frantically searched for Smith after finding her 2-year-old daughter Isabella dead and 13-year-old daughter Alana critically injured at the Surfsand Resort in Cannon Beach on Friday.

Smith cooperated with authorities and did not resist arrest, District Attorney Josh Marquis said after the arraignment. She was charged with one count of aggravated murder and one count of attempted aggravated murder. A grand jury is expected to meet sometime this week and decide whether to hand down an indictment on the charges, which would result in a subsequent arraignment on Aug. 12.

Defense attorney William David Falls informed the court that he would be filing motions asking that the grand jury not review information about Smiths mental state. Falls did not ask that she be released and had not yet met with Smith before Mondays arraignment.

Circuit Judge Cindee Matyas ordered that Smith be held without bail. Smith is likely already excluded from the jail matrix and will not be released because of jail overcrowding since the alleged crimes are Measure 11 offenses.

In the meantime, court documents from Clark County, Wash., describe Smiths disintegrating marriage with her husband Greg Smith. On July 21  Isabella Smiths second birthday  Greg Smith requested a custody evaluation in Clark County Superior Court after what he described as a barrage of text messages from Jessica Smith and a stilted voicemail from daughter Alana.

When asked by reporters to comment on his client and the allegations after the arraignment Monday, Falls said he would not be speaking with the media.

We try things in the courtroom, not in the media, he said.

Marquis reiterated that he felt the same way, but gave information about the events leading up to Smiths arrest at a news conference after the arraignment.

When asked about the discovery of Smiths gold 2007 Chevy Suburban, Marquis said investigators were lucky to have the help of the U.S. Coast Guard Sector Columbia River.

This was truly a Hail Mary pass, he said about searching by air. The Coast Guard was fantastic.

A MH-60 Jayhawk helicopter spent two hours searching for the Suburban on Saturday in the heavily forested area surrounding Cannon Beach and inland. After searching for 1.5 hours Sunday, the SUV was discovered at 5:30 p.m. on a logging road where Smith is believed to have been since Friday.

Alana and Isabella Smith were found Friday morning when a housekeeper came into the room Smith checked into Wednesday.

Marquis said he had a member of his staff visiting the Doernbecher Childrens Hospital in Portland to check on Alana Smith after she was transported by LifeFlight helicopter Friday. The 13-year-old was found with severe cuts and a large amount of blood was throughout the resort room.

Shes doing much better and has been made aware that her mother was found, Marquis said.

Marquis said local authorities have had incredible support from the community with people bringing flowers, cookies and brownies to the Cannon Beach Police Department. His office received a call from Gov. John Kitzhbaber in the wake of the investigation as well, he said.

It certainly does not happen, Marquis said, when asked about violent crime happening in Cannon Beach. Police Chief Jason Schermerhorn mentioned Saturday that it was the first homicide in Cannon Beach in nearly 50 years.

An autopsy on Isabella Smith Sunday resulted in her death being ruled a homicide by the Oregon State Medical Examiner. Toxicology tests are expected to reveal the exact cause of death as there were no visible marks on her body. Marquis said Sunday that the results of the tests will likely not be available until the coming weeks.

Greg Smith filed a petition in Clark County earlier this month regarding the custody of his two daughters. He said Jessica Smiths behavior was affecting the overall well-being of both their daughters, according to Clark County court documents.

Text messages sent by Jessica Smith to her husband from July 2-7 were attached to the court document. Greg Smith said he believed a voicemail from Alana Smith on July 15 was extremely worrisome.

The language Alana used is not typical of someone her age and it sounds as though she is reading from something Jessica scripted, he said in the petition.

Alana Smith made statements such as Im so sick I can hardly talk; I cant sleep very well because Im tormented by the thought of you in our lives; and Its terrifying and cruel of you not to respect us, according to the petition.

I have no history of a negative relationship with either of my daughters and do not understand why Jessica is manipulating our children in to believing otherwise, Greg Smith said in the document.

The married couple separated in April. Jessica Smith moved with their daughters to Vancouver, Wash., where Greg Smith was trying to work out a plan for custody with his wife, according to court records.

Greg Smith filed for divorce on June 30. At 5 p.m. Friday, he was slated to begin shared custody of their two daughters every other weekend.