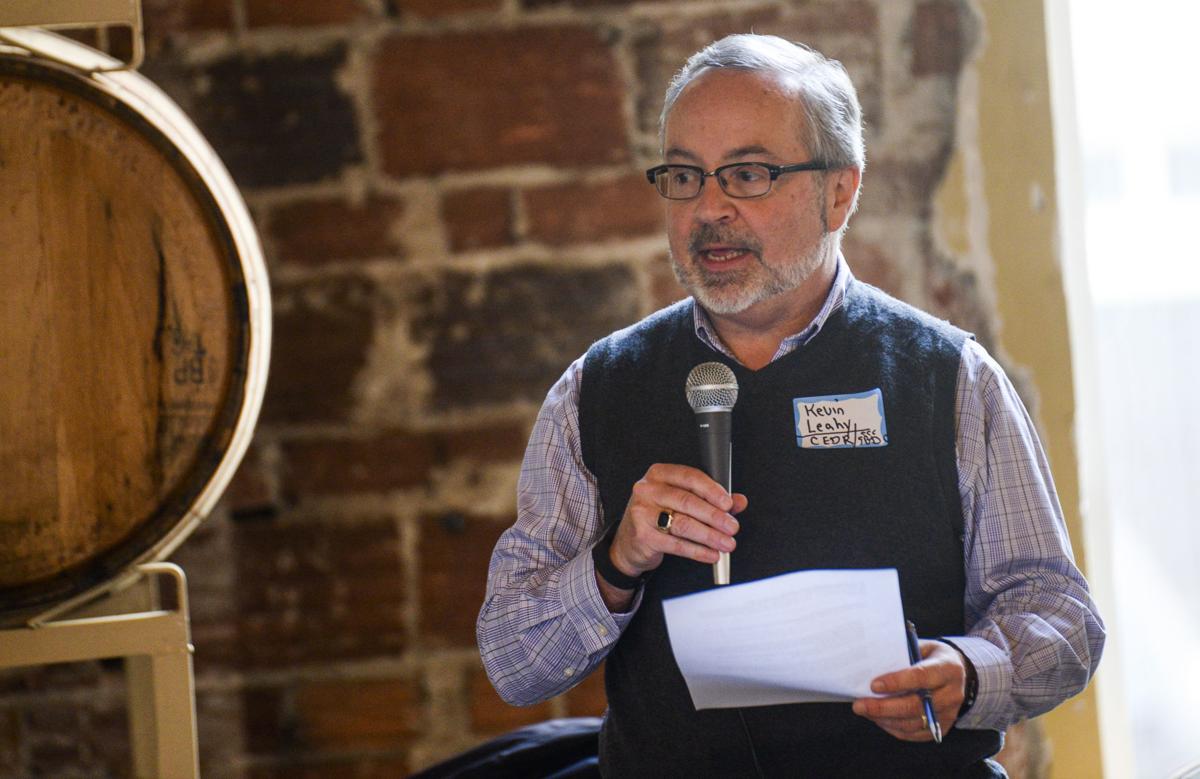 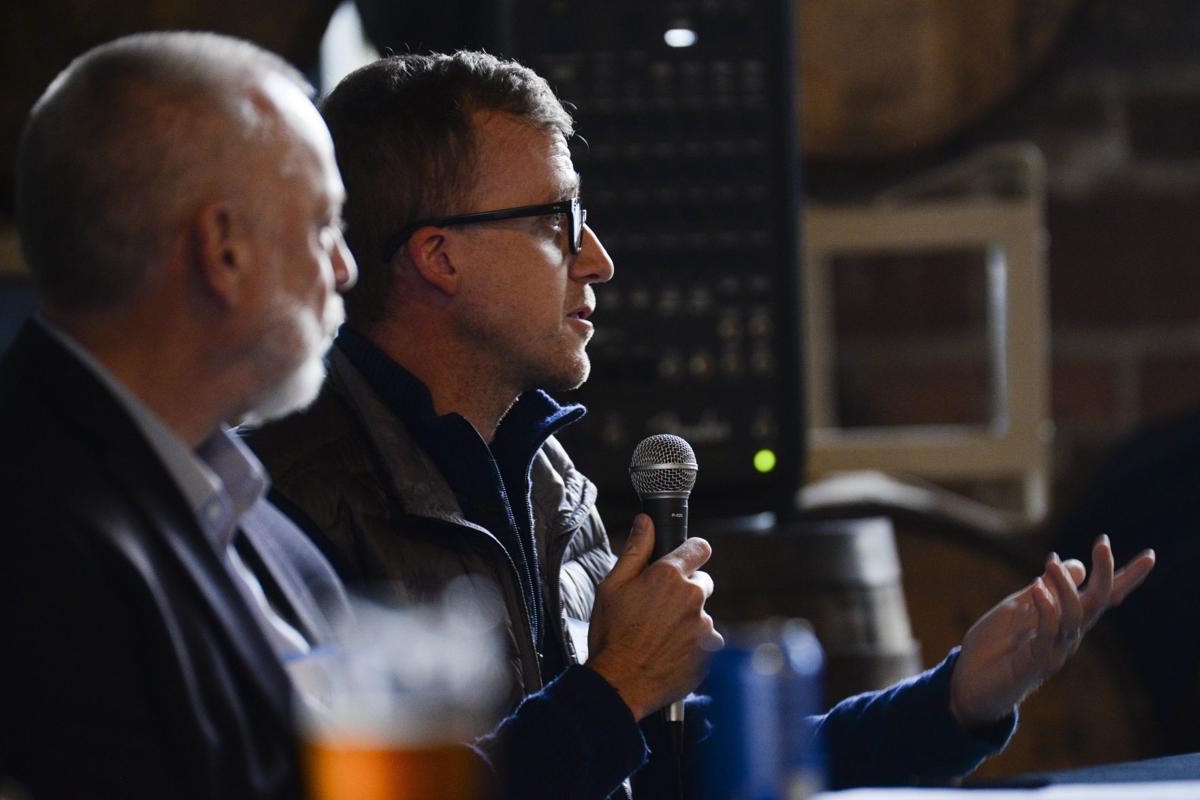 Jeremy Towsey-French, owner of Reveille Ciderworks, speaks on a panel at the economic development strategy forum at Fort George Brewery. 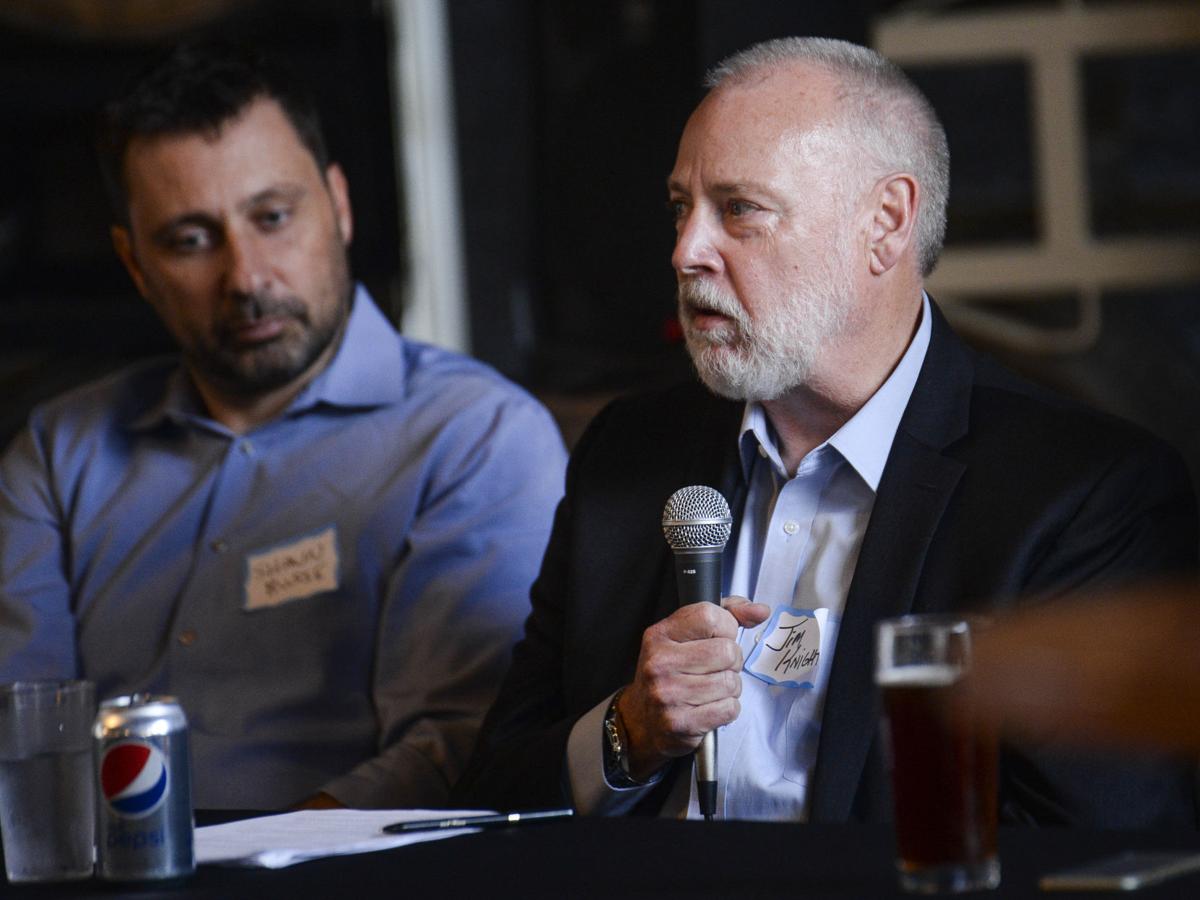 Jim Knight, executive director of the Port of Astoria, urged community partnerships as Shawn Busse, CEO of Kinesis, looks on. 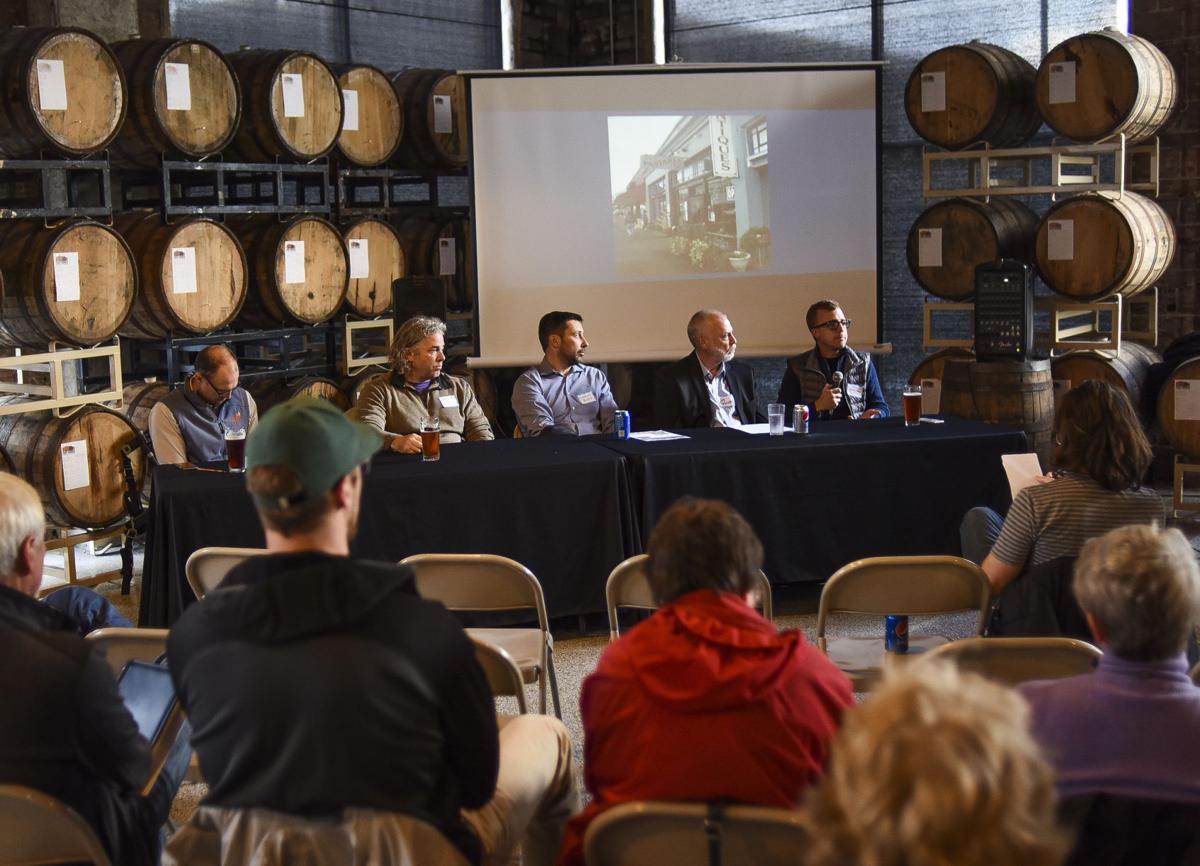 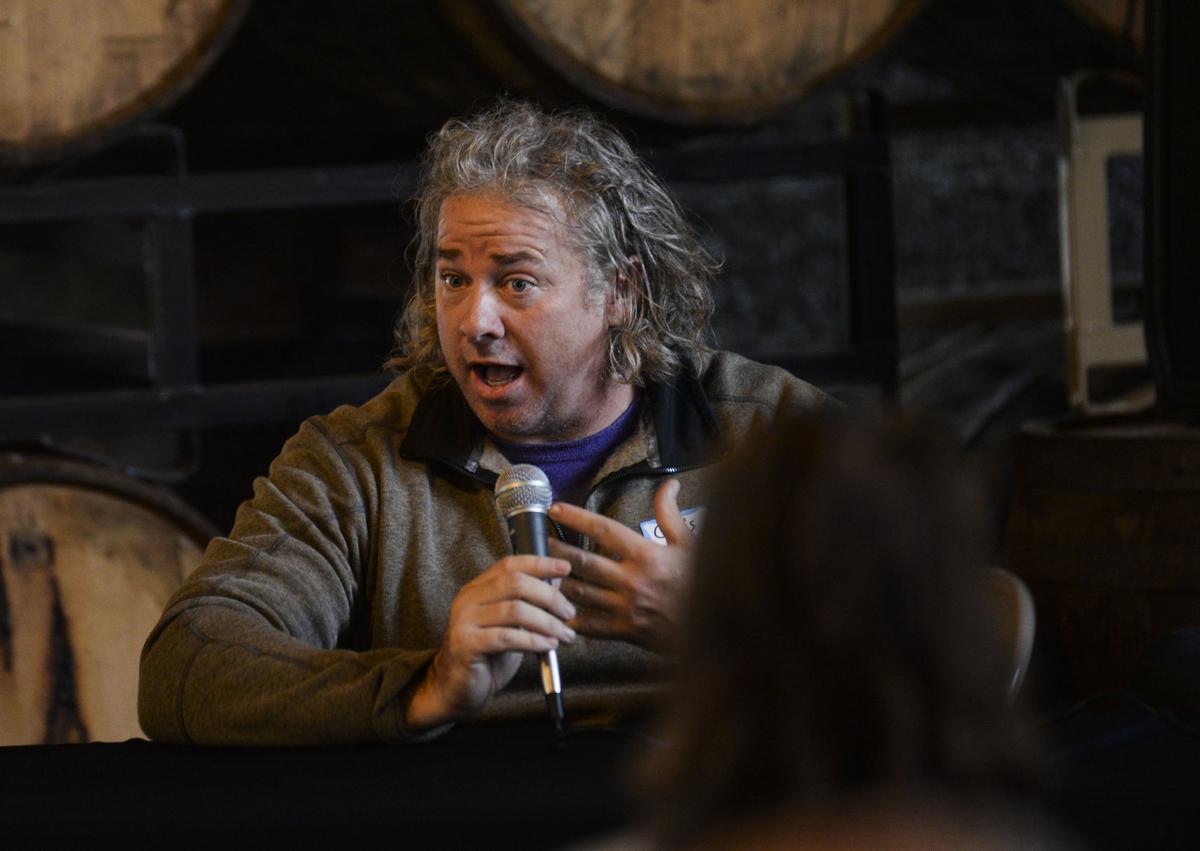 Clatsop Community College President Chris Breitmeyer spoke about the college's role in training the workforce at the forum.

Jeremy Towsey-French, owner of Reveille Ciderworks, speaks on a panel at the economic development strategy forum at Fort George Brewery.

Jim Knight, executive director of the Port of Astoria, urged community partnerships as Shawn Busse, CEO of Kinesis, looks on.

Clatsop Community College President Chris Breitmeyer spoke about the college's role in training the workforce at the forum.

Several years from now, what will Astoria’s business culture look like? What concerns and principles will have shaped the city’s economic identity?

As the city begins work on a five-year economic development strategy — “Advance Astoria” — a panel of business owners and community leaders met in Fort George’s Lovell Showroom Wednesday to kick off the brainstorming phase.

Their charge: to think big about Astoria’s economic future.

Astoria — whose economy was once wedded to fishing and logging and is now entrenched in tourism — must be careful not to depend on a small basket of industries, particularly those subject to booms and busts.

Cities like Roseburg and Ashland offer cautionary tales in this danger, Busse said.

Busse grew up in 1970s Roseburg, which was famous as the timber capital of the nation.

“It was a really great time to be a Roseburg-ian,” he said. “There was money there, and you didn’t have to come from money to make money.”

As the timber industry diminished, however, the city never found a “second act,” he said.

The lesson is that a local economy should be diversified enough to withstand market shocks.

Knight, executive director of the Port of Astoria, said the city will need community partnerships to help create a vision Astorians can rally around.

A successful economy, he said, will allow the market to choose its direction. But, although it is natural to aspire to grow bigger and wider, this activity should not occur at the expense of the community’s quality of life, which it can market and pass on to descendants, he said.

For example, a great deal of property along the waterfront, he noted, is undeveloped.

The challenge for Astorians will be to figure out how to balance the two pressures: the pressure to let industry expand, and the pressure to preserve what makes the city unique and livable.

Zimmerman of Craft3 said Astoria must be able to tell a clear and compelling story about itself and its business trajectory — a narrative that will attract outside industry — regardless of how many different components make up the entrepreneurial scene.

“What you have to be able to do is tell a story that gets people’s attention,” he said, “and it has to be a pretty cogent story about who you are and where you want to go.”

In addition, the sort of people — namely, 20- to 40-year-olds — who drive the economy and bring in new kinds of industry must be able to picture themselves actually living in the town. That’s one reason why brew pubs are so important: They help create the sort of atmosphere that prevent young folks from fleeing, he noted.

Certain background conditions must be in place for entrepreneurs with families to want to move into a town, Knight pointed out.

Ideally, the roads must be smooth, the sidewalks clean, the environment secure, the transportation reliable, the education robust, the health care strong and emergency services first-rate. Where these areas need improvement in Astoria, the community should work to improve them.

“The way that we support entrepreneurship, and the way that we retain good people in our community, is that the community itself comes together to ensure that our infrastructure is sound, that it’s safe, that it can improve,” Knight said. “If we don’t have that, then we’re probably going to end up with a revolving door of entrepreneurs and businesses.”

And near the top of Astoria’s priority list, in Knight’s view, should be the creation of more housing options, the scarcity of which touches all income levels, affecting six-figure earners and low-wage employees.

Meanwhile, part of Clatsop Community College’s role, Breitmeyer said, is to respond to the needs of burgeoning businesses by training the workforce they require.

“What I would hope to see is, as we develop this economic plan and figure out what’s next, that we would play a central role in being able to say, ‘Yes, we can do that — we can train folks,’” he said.