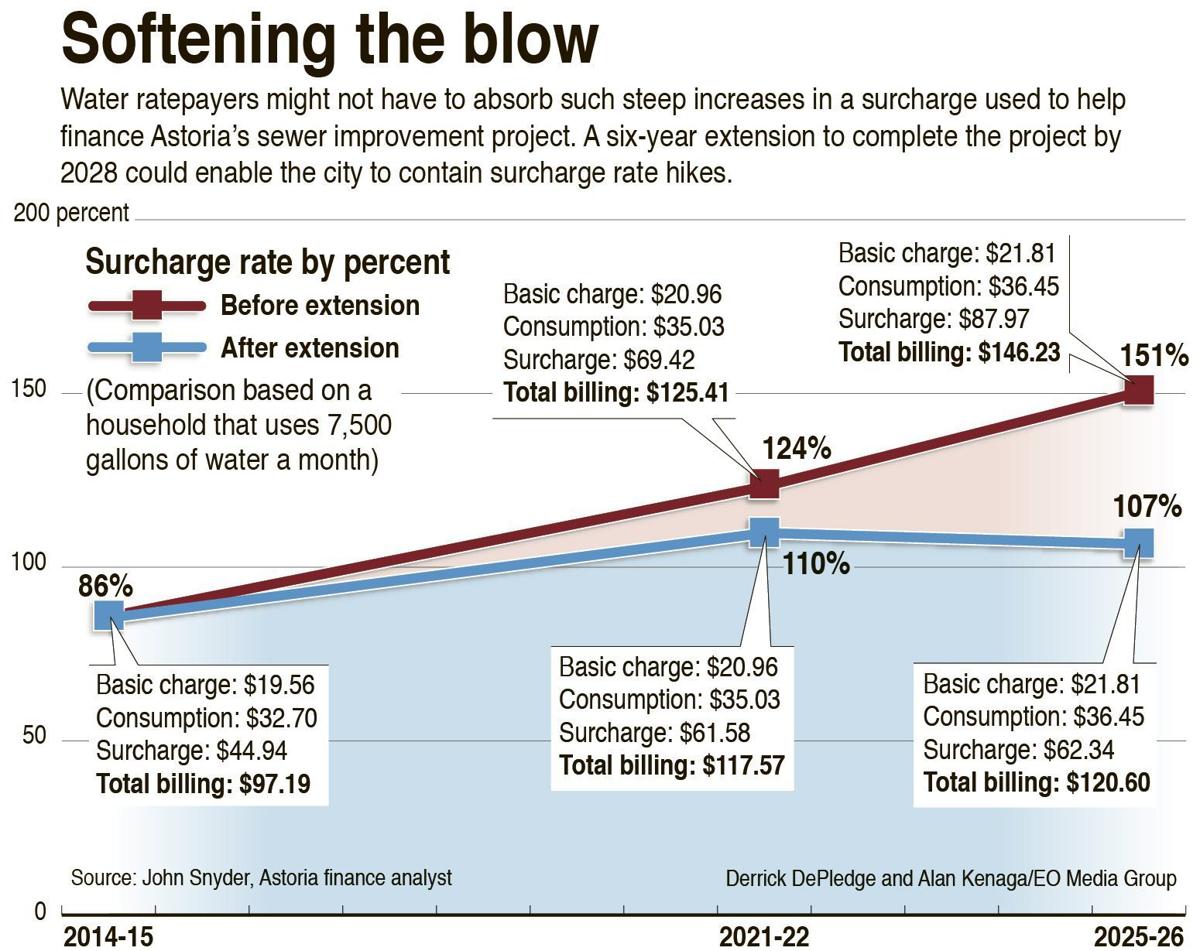 These numbers from City of Astoria Finance Analyst John Snyder show how peak surcharge costs on ratepayers might be reduced. 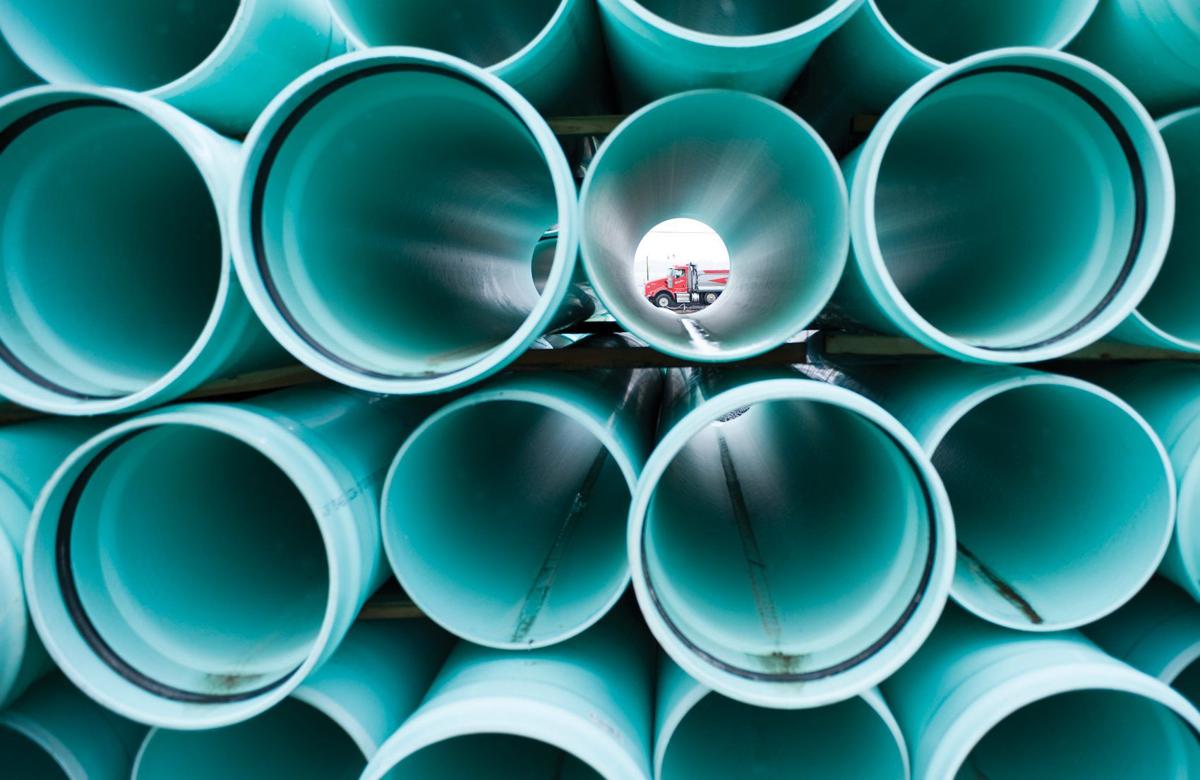 These numbers from City of Astoria Finance Analyst John Snyder show how peak surcharge costs on ratepayers might be reduced.

Astoria’s vow to minimize the flow of wastewater into the Columbia River after heavy rains will take six years longer to achieve, but water ratepayers could get some relief from a surcharge used to help finance the sewer project.

The state Department of Environmental Quality has granted the city’s request for an extension to 2028 to complete the sewer improvements necessary to meet the federal Clean Water Act. The city, which first committed to the work in 1993, had previously intended to finish the project by 2022.

Water ratepayers, who essentially pay three times every time they turn on a faucet or flush a toilet — a basic charge, a consumption charge, and a surcharge for the sewer project — may receive a break on the surcharge.

City financial analysts estimate the surcharge rate, which is now 86 percent of the basic charge and consumption charge, will climb to a peak of 110 percent, instead of 151 percent. So while ratepayers will pay the surcharge longer, the peak rate should be lower.

“Our main goal with the time extension is to reduce the peak cost to ratepayers,” Cindy Moore, a city support engineer, said in an email. “Additional time also gives us the ability to gather more data to better scope the projects, which could reduce the overall program cost.”

The bad news for water ratepayers, however, is that they likely will have to endure a new round of rate increases as soon as next fiscal year.

John Snyder, a city financial analyst, told the Astoria City Council at a work session in March of the “agony” in balancing the charge for water and sewer and the surcharge to help keep the $40 million to $50 million sewer project on financial track.

The city must pay debt service on the loans used to finance the project and maintain a cash reserve. A surcharge will be imposed on ratepayers until the loans are paid off, which could be a few decades after the Combined Sewer Overflow project is completed.

Astoria used to discharge wastewater into the Columbia River before a treatment plant was built in 1975, three years after the Clean Water Act, one of the nation’s environmental milestones, became federal law in 1972.

The city’s sewer system can handle wastewater and stormwater during sunny weather or light rain, Moore told the City Council. But in heavy rains, stormwater from streets and roof drains combines with wastewater and overwhelms the system, sending wastewater into the river.

Moore estimates the city has contained about 90 percent — or about 300 million gallons a year — of what used to flow into the river.

Unlike decades past, most of the wastewater that now reaches the river is diluted. “So we’re spending a lot of money for a little bit of gain,” City Councilor Russ Warr observed.

The city has sought to satisfy the requirements of the Clean Water Act while not overburdening ratepayers. The construction that remains over the next decade — after the 16th Street phase this year — is among the most difficult and costly, including outfalls near the Port of Astoria and in Uppertown, where stormwater runs off hillsides, rather than streets.

Even when the project is completed in 2028, the city will not fully separate wastewater and stormwater and some wastewater will still find the river after heavy downpours.

“Keep in mind, the low-hanging fruit — or the easiest projects — have been done,” Ken Cook, the city’s Public Works director, cautioned the council.