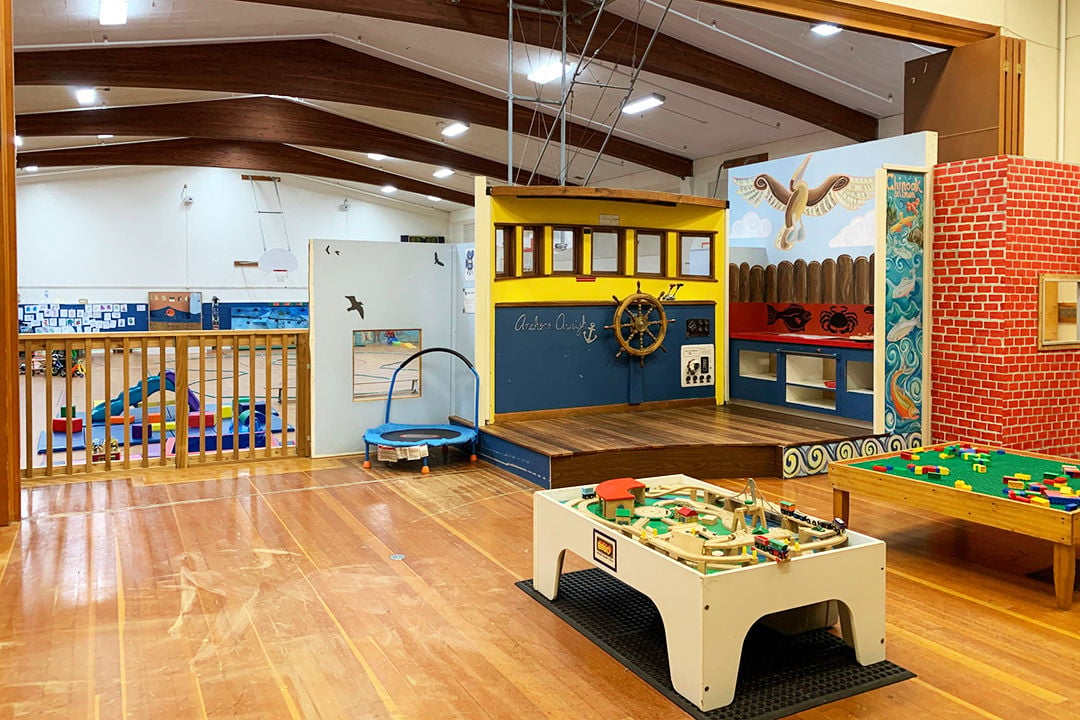 The Astoria Parks and Recreation Department could expand its Lil’ Sprouts day care program into the stage of Port of Play at Capt. Robert Gray School by next school year to help alleviate a child care shortage. 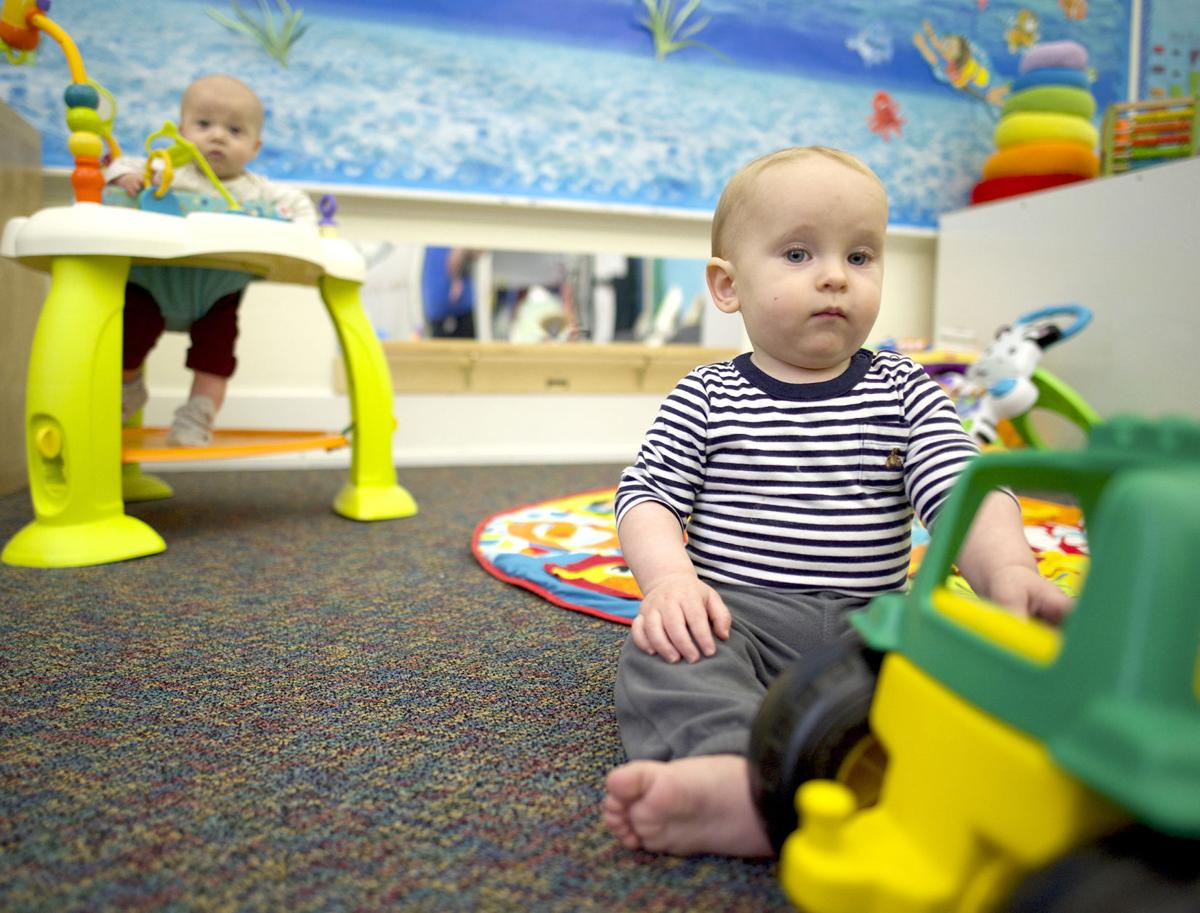 Children at Lil’ Sprouts in Astoria play with their toys. 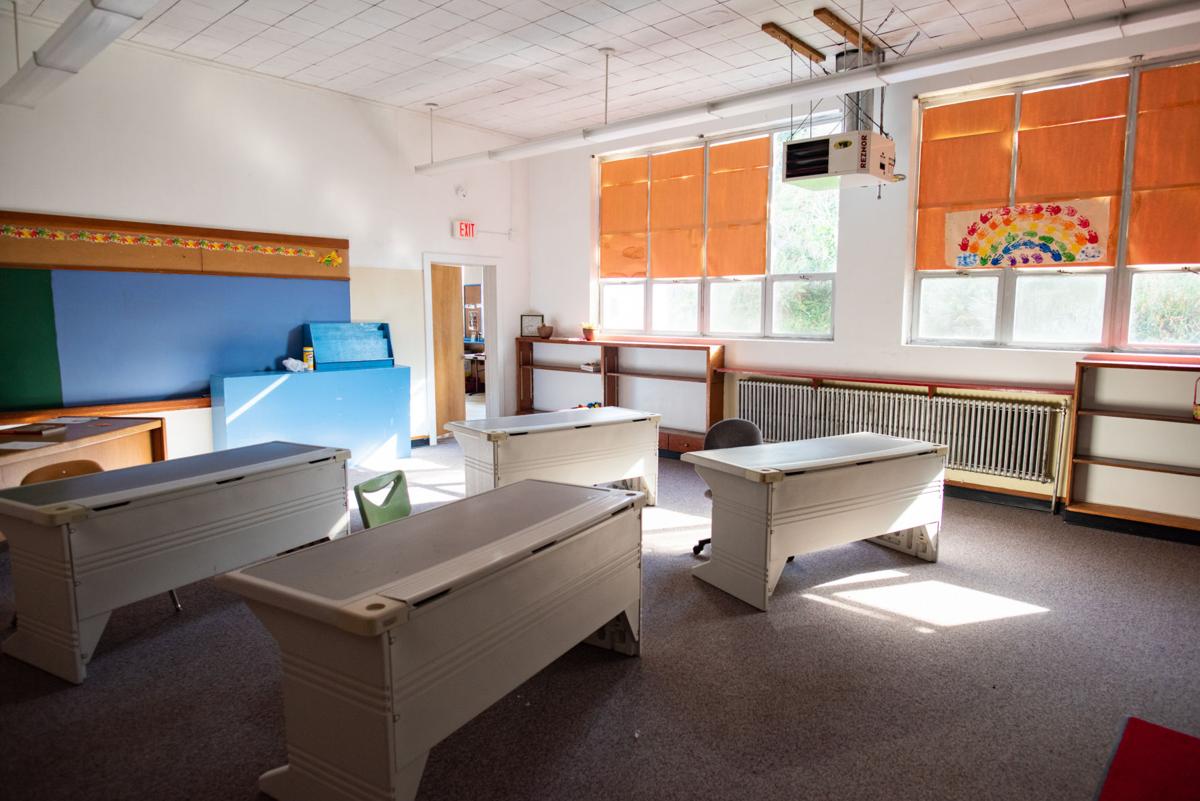 A room on the bottom floor of a closed Catholic school at St. Mary, Star of the Sea features desks and a few remaining decorations. 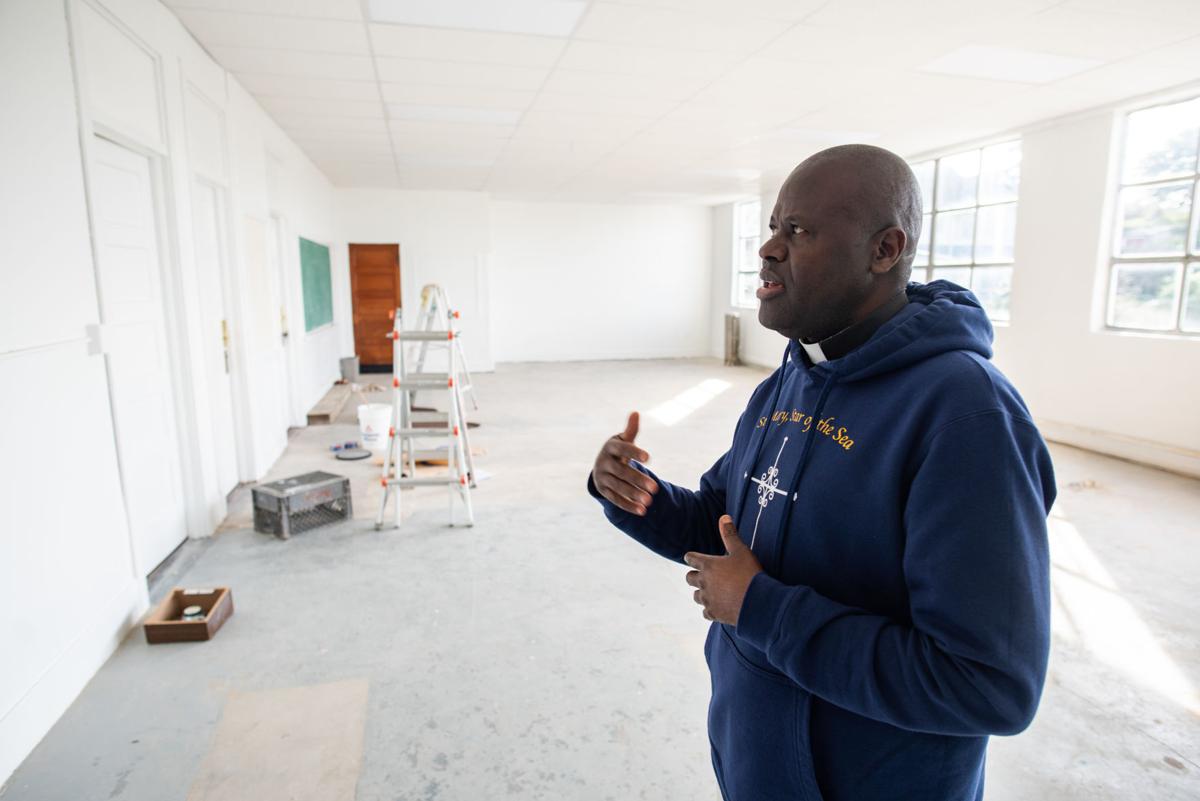 The Rev. William Oruko of St. Mary, Star of the Sea Catholic Church stands in a room, currently under renovation, that could provide a future child care space. 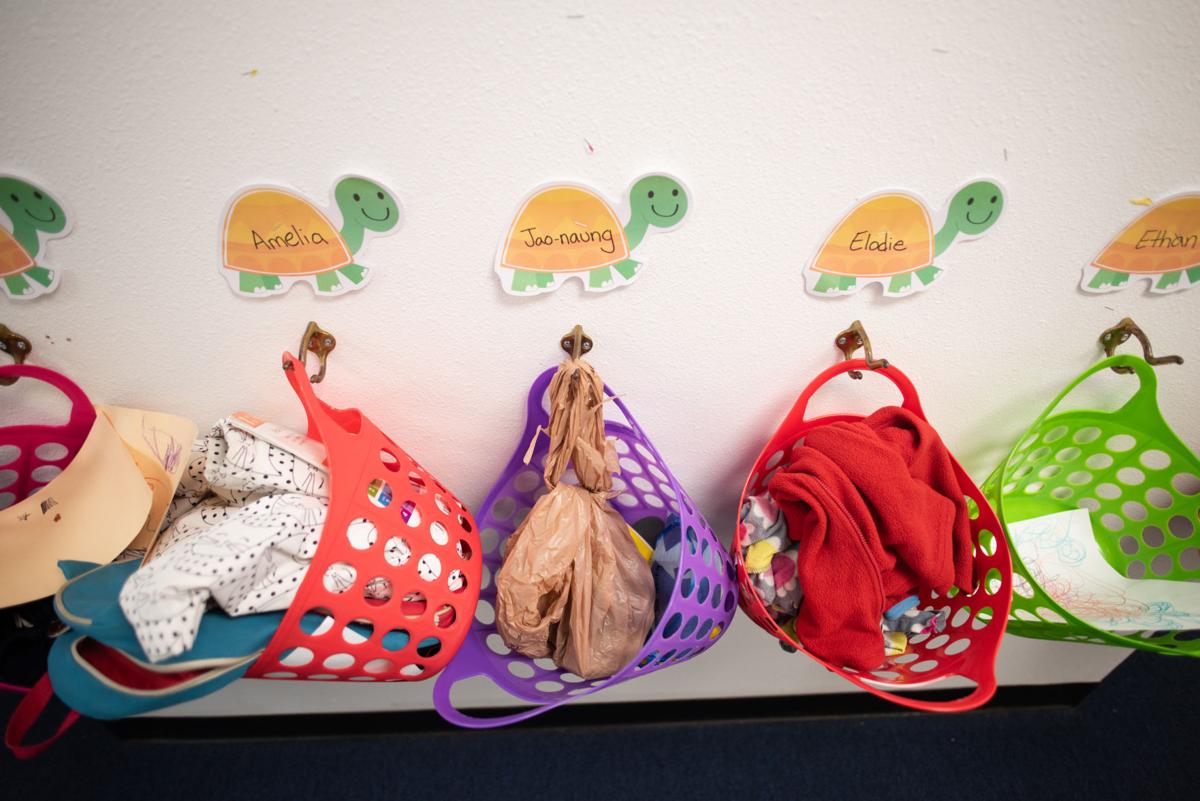 Designated baskets hold coats, snacks and art in the hallway of Shooting Stars Child Development Center, which will close in Uniontown and downsize at the end of the month.

When the Astoria Community Child Center closed a decade ago because of financial troubles, city and educational leaders came together to open the Lil’ Sprouts Academy in Capt. Robert Gray School.

The city Parks and Recreation Department’s program — a success story serving about 60 children — is considering a possible expansion as early as next school year to help fill a void left by the imminent downsizing of Shooting Stars Child Development Center.

The city rents five rooms from the Astoria School District on the second floor of Gray School, where about 25 employees care for infants, toddlers and preschool-age children. The waitlist regularly runs between 20 and 30, with a higher need for younger children, said Brianna Bowker, the parks department’s recreation manager.

Shooting Stars recently announced it would go from 50 to 15 children by next month.

“We have gotten inquiries,” Bowker said of parents seeking options. “There were a handful of families that stayed on our waitlist since there was last time a fear of Shooting Stars” closing.

The city would like to lease the entire second floor of Gray School, Bowker said. But space is tight, with Lil’ Sprouts, the federally funded Head Start preschool program and the school district’s preschool, alternative high school and administrative offices all sharing the schoolhouse off Alameda Avenue.

“We are working with the district to maybe use some of the gym space in Port of Play,” said Jonah Dart-McLean, the interim director of the parks department. “But that will take consideration and planning, considering the sensitive setup you need.”

The only place to expand in Gray School is the stage in the Port of Play gym, open to the public on weekends but reserved for children in programs at Gray School during the week.

The city and school district have been discussing an expansion at Gray School for more than a year, Bowker said, with the conversations picking up over the last month since the announcement about Shooting Stars. But there is no relief for parents coming this school year.

Child care pencils out financially for the city, which has some advantages over private operators, such as avoiding many state licensing requirements and an economy of scale from being able to wrap employees in the city’s larger insurance policies.

But the city still operates under similar standards as private providers, such as adult-to-child ratios, to keep a quality program.

“I wouldn’t characterize it as any easier (for the city) than for anyone else,” Dart-McLean said.

City councilors wondered aloud at a recent meeting whether St. Mary Star of the Sea, a Catholic church on Grand Avenue, could provide child care space. The church and adjoining former school once housed the city’s Astoria Recreation Center and Shooting Stars.

“I’m not saying that would be a good idea, but I’m just wondering if it’s worth exploring,” City Councilor Joan Herman said.

The Catholic school at Star of the Sea closed in 2011 amid declining enrollment. Shooting Stars moved from the school building to its current location on Gateway Avenue in 2017.

The second and third stories have been under repair since being damaged by storms in 2017. Parishioners paid for a new roof. The project is expected to be completed next month, when the rooms will open to any prospective tenants, said William Oruko, the pastor and parish administrator.

Amy Russell, the office manager at the church, said two other child care operators have already reached out looking for space in the building.

“That will be a good use of the building for whatever space is available,” Oruko said.

Bowker said it would take at least a year to find the staff and set up an expansion outside of the city’s property. Star of the Sea is a possibility in the future, Dart-McLean said, but the city is focused on operations at Gray School and only in the very preliminary sketches of a possible expansion.

“Within those walls is first and foremost where we’ll be looking,” he said.