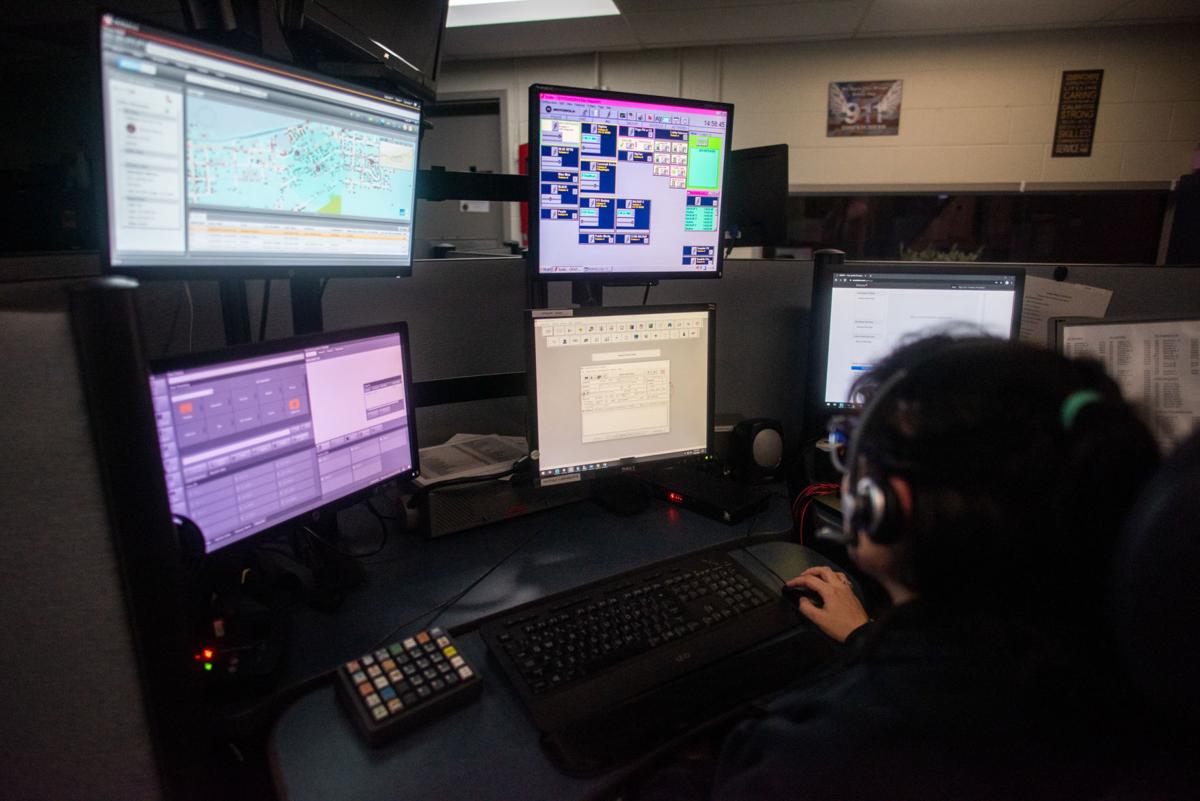 One of four dispatchers watches five screens with a headset on, ready to answer any incoming emergency calls to the Astoria dispatch center. 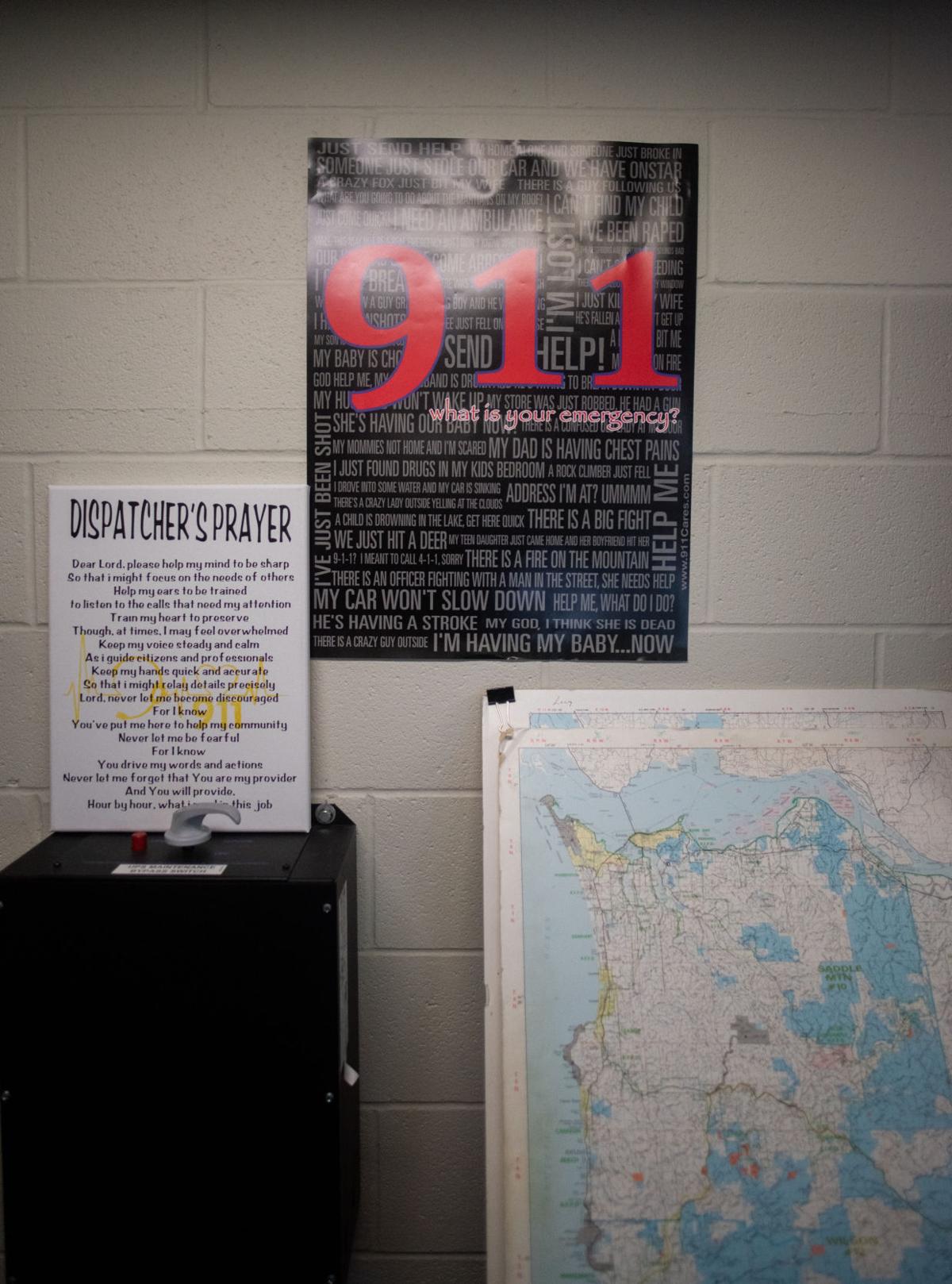 Posters and a map hang on the wall of the dispatch room. 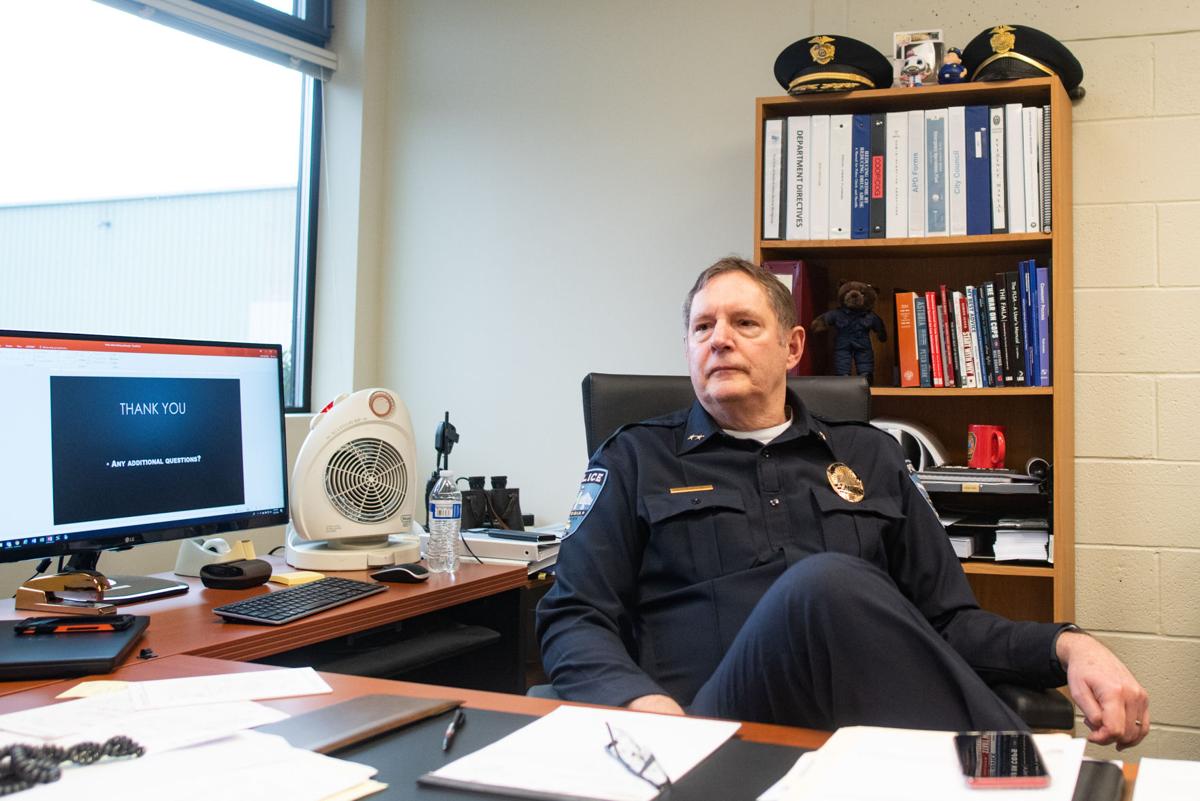 Astoria Police Chief Geoff Spalding is working to bring more dispatchers to the center and is helping with administrative work. 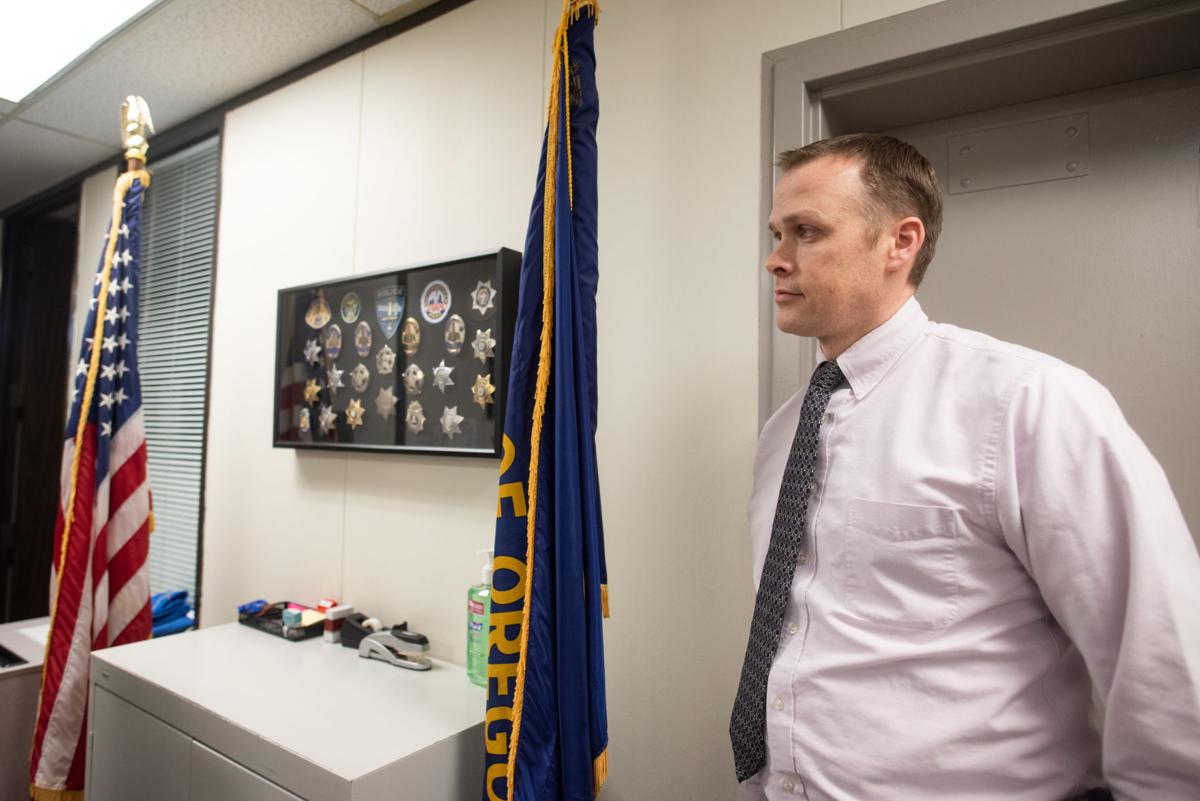 Eric Halverson is the deputy police chief for Astoria.

Police Chief Geoff Spalding said the dispatch center is operating at less than half staffed with dispatchers logging an average of 60 hours of overtime every month.

He said dispatchers have been working mandatory overtime shifts for the past few months, but with the recent loss of two dispatchers, the past month has been especially difficult.

“At least as long as I can remember we’ve never been up to full staff. But we’ve also never been at this critical low staffing point either,” Spalding said.

Prior to Spalding becoming the interim chief in 2017, the dispatch center struggled with staffing shortages and, like now, was not able to pinpoint one primary reason why.

The dispatch center is authorized for 11 full-time people — the emergency communications manager, the operations supervisor and nine dispatchers.

Right now, the center is operating with four dispatchers. Spalding and Deputy Chief Eric Halverson have been helping with administrative work so the operations supervisor can work dispatch shifts.

“We’re all pitching in and trying to help, but it’s just a tough spot right now. We’ll get through it, it’s just going to take a little bit of time,” Spalding said.

Spalding attributed the situation to several factors that have culminated in a “perfect storm.”

“We lost some good quality people all at the wrong time. So it put us at this place we’re at now and it’s not like we can instantly fill spots, so it does take some time and we’re doing some of these temporary emergency measures to keep the positions filled and then looking at it for the long term as well,” he said.

“One person is a huge percentage of the workforce so if you lose one and you lose another, it’s not like a large organization … one person means a lot to our organization,” Halverson said.

They said it could take at least six months until the dispatch center has some longer-term relief, which is about how long it takes to hire and train a dispatcher.

Once they hire someone and begin the training phase, there is a steep learning curve, and some people don’t move forward.

“That’s why we spend a little more time on the front end trying as hard as we can to make sure we get the right person that’s going to be successful in there. A lot of things come into play, it’s not a simple fix,” Spalding said.

“So, we lose a fair amount of people in the process. So getting someone through the process is a challenge,” he said.

Spalding said they have recently given two conditional offers of employment and he feels encouraged.

“Fortunately, the dispatchers we have in there now are excellent dispatchers, they’re doing a great job. But, again, they are working more than they really should,” he said.

While the long-term challenge is getting the dispatch center fully staffed, they are looking at ways to address the short-term challenge, which is relieving dispatchers.

They have been looking at ways to improve retention by ensuring they are paying competitively and focusing on creating a good work environment.

Astoria also has an arrangement with the Seaside Police Department’s dispatch to help fill shifts.

Mitch Brown, the communications manager for the Seaside Police Department, said it is rare they are fully staffed and when they are it doesn’t last long.

“It’s always hard to find people to come to a career like this when the stress is so high and the burnout is so high. And there’s mandatory overtime that takes away from family time,” Brown said.

“Attracting good people to the coast, especially laterals, is difficult,” Spalding said. “So we have to look for talent that’s already here and then train them, so it’s a steep learning curve.”

Spalding believes having a consolidated, countywide dispatch center would probably help with staffing. Brown doesn’t think it would necessarily help.

The idea has been discussed for years, but Astoria and Seaside continue to invest in technology to support their own dispatch centers.

“I will say that we are frustrated because it’s a tough situation,” Spalding said. “And I have a lot of respect for the dispatchers that do the job. Sometimes I think they think it’s a thankless job, but we recognize it’s a difficult job and they do it well.”

As a person who's experienced this exact thing and led several organizations through it, I can tell you that it's significantly more challenging that it first appears.

The reality is that the "technologies" departments use are very complex (specifically their computer aided dispatch systems) and often require deep training and experience to operate successfully. It isn't as simple as Windows v. Apple.

Secondly, in places that are removed from larger cities with higher populations, if you decide to consolidate, you also have to have the ability to backup your operation in the event of failure. if you create a single, regional center that's so large your backup centers can't handle it, you'll fail twice in the same incident.

It's obvious that the conversation should be had, but consolidation isn't quite the panacea many communities believe it to be.

This article clearly begs, but doesn't answer, the question of why a consolidated, county-wide emergency dispatch center is not a viable option. The article mentions, but does not explain, that Seaside and Astoria use different "technologies," and asks us to believe that is an acceptable reason for a failure or inability to consolidate operations. Seriously, this sounds like a "turf war" with life-or-death consequences. Does one department use a Windows-based system and the other an Apple-based system? Do they use 3rd-party provided software that is incompatible? With the level of intelligence and competence that is required to fill emergency dispatch systems, I can hardly imagine that the dispatchers in Seaside or Astoria could not quickly learn to use a common system and work out of a common location. The two towns are only 20 miles apart. Is that a bridge too far to cross for the benefit of all the citizens of Clatsop County? Let's have the chiefs of the two departments explain why they cannot consolidate operations and operate at a county-wide level. We - and the overworked Astoria dispatchers - deserve at least that. This is not the arena to "play political games."