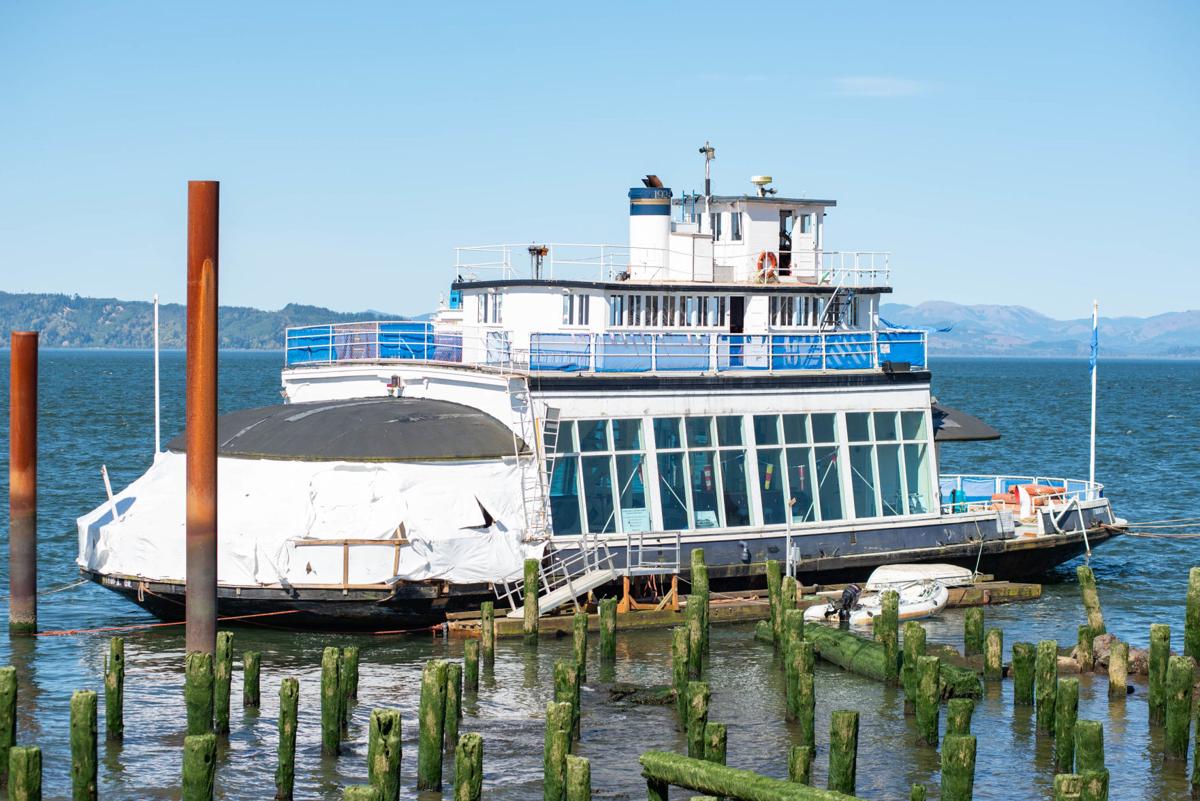 The Astoria Ferry is moored near the Sixth Street viewing platform. 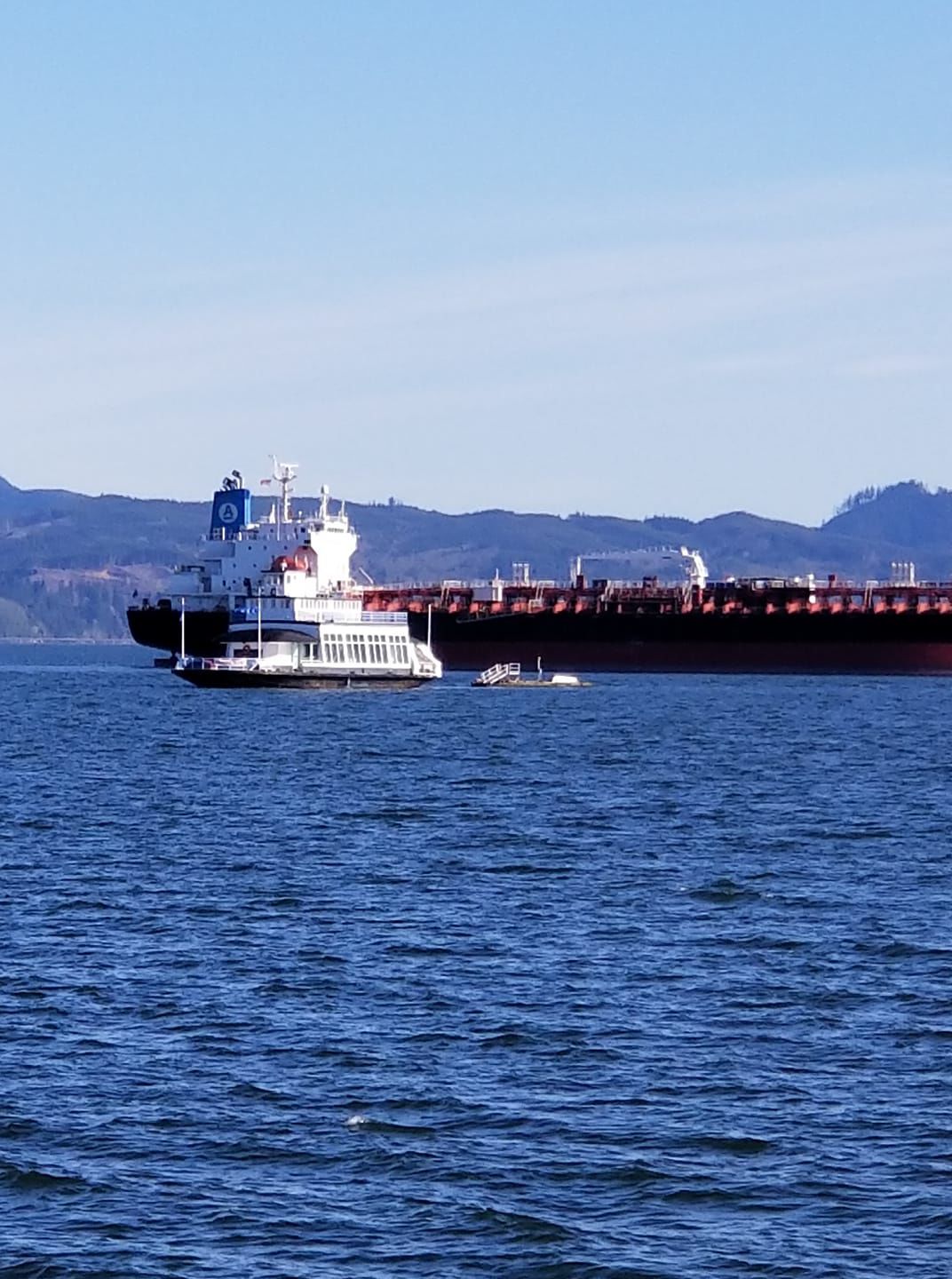 The Astoria Ferry towing portions of a dock. 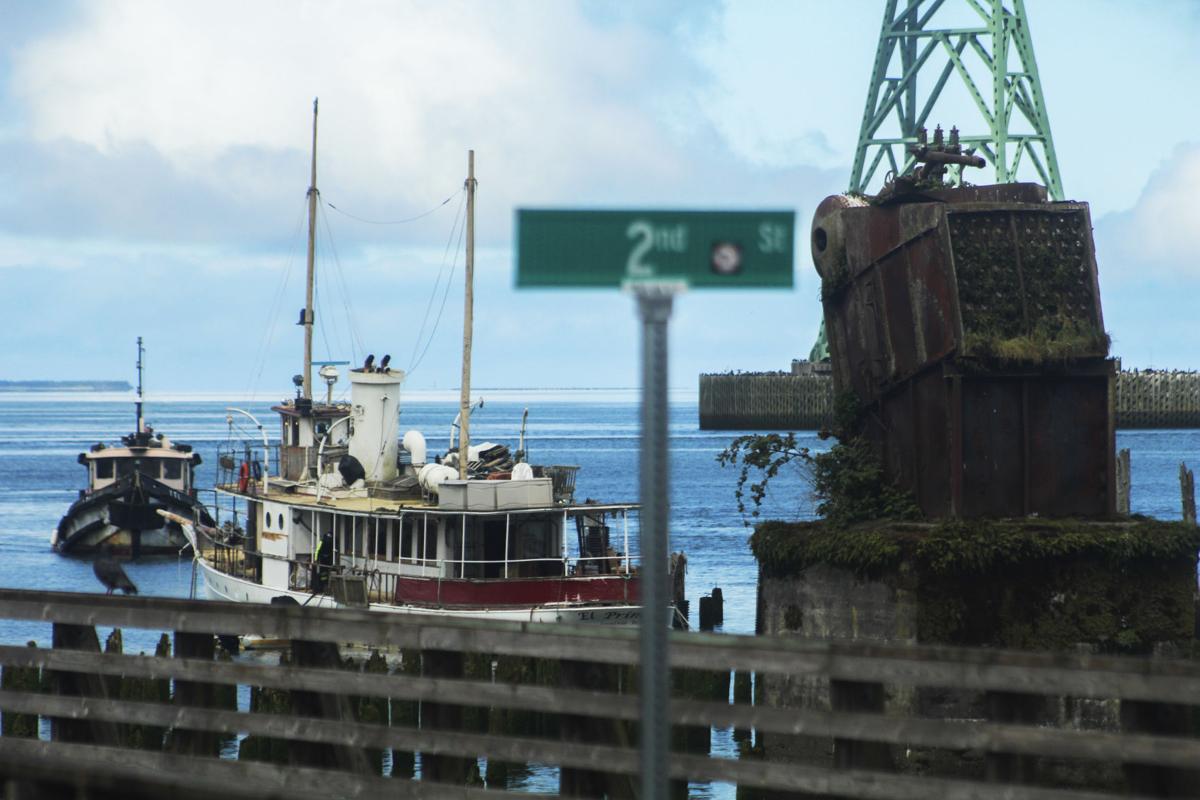 The El Primero, which owner Christian Lint is reaching from his tug, is still parked next to a collapsed dock near the old White Star Cannery boiler.

The Tourist No. 2 abruptly moved from Pier 39 to a dock near downtown amid disagreements between the ferry’s owner, Christian Lint, and Pier 39’s Floyd Holcom.

Videos and photos posted on Facebook show the 1924 vintage ferry pulling out of Pier 39 on Thursday morning towing a dock used for boarding. The ferry tied up next to a piling field owned by local developers Chester Trabucco and Stephen Allen just west of the Sixth Street viewing platform.

Lint, who recently listed the Tourist No. 2 — dubbed the Astoria Ferry — for sale on Craigslist for $225,000, could not be reached for comment.

Holcom posted pictures on Facebook of a broken electrical hookup he said was part of the damage caused when the ferry left without notice.

“Nobody knew he was going to move his boat until he was already out of here,” Holcom said by phone. “Unfortunately, that took us all by surprise. And the way he did it, he unfortunately damaged our pier.”

Holcom let Lint park the Tourist No. 2 at Pier 39 in 2018 to help the nonprofit Astoria Ferry Group raise money to restore a vessel that is part of the city’s history. The ferry, which has been modified for different uses over the years, once shuttled people between Astoria and Megler, Washington, before the Astoria Bridge opened in the 1960s.

The late Robert “Jake” Jacob, a developer behind the Cannery Pier Hotel & Spa, contributed significant amounts of money to the restoration project after helping to entice Lint to bring the ferry from Bremerton, Washington, in 2016.

The ferry group raised more than $160,000, but fell short of a restoration estimated at anywhere between the $500,000 quoted by Lint to as high as $3 million projected by a maritime preservationist.

The ferry group — which at one point included Cindy Price, an Astoria planning commissioner and former city councilor; and Dulcye Taylor, the owner of Old Town Framing Co. and a former president of the Astoria Downtown Historic District Association — has since disbanded, leaving Lint to raise money and form a new nonprofit to oversee the project.

Earlier this year, Lint moved the El Primero — an old yacht he had also parked at Pier 39, along with a tug — to a former fueling dock in Uniontown owned by a friend, claiming he had been evicted from Pier 39 and barred from reaching his ferry. Much of the dock collapsed during a recent storm, leaving Lint to reach the yacht from his tug.

Holcom denies evicting Lint or barring him from Pier 39, saying he did everything he could to help Lint and the Tourist No. 2’s restoration.

“We threatened to evict him if he did not get additional insurance and pay rent, but we had not started an eviction process,” he said.

Trabucco said he spoke to Lint several weeks ago about potentially moving the ferry to his dock at No. 10 Sixth St., but didn’t know about Thursday’s move.

Trabucco has no problem with Lint keeping the ferry there temporarily, as long as he gets the proper insurance and is paid up with Holcom, he said.

“I know he’s trying to get out of it, out from under it,” Trabucco said of Lint and the ferry. “If I were him, I’d probably be doing the same thing. He’s not seen a lot of local support for restoring it.”

It was a scam from the get go. Everyone knew it was going to cost millions to bring that vessel of the NTSB standards and there was no way they were going to raise that kind of money.