Dave Daggett, the general manager for Astoria Forest Products, talks about plans to pave all of the Port of Astoria's Pier 3, rebuild the dock on the pier's east side, and install an onsite water treatment center. 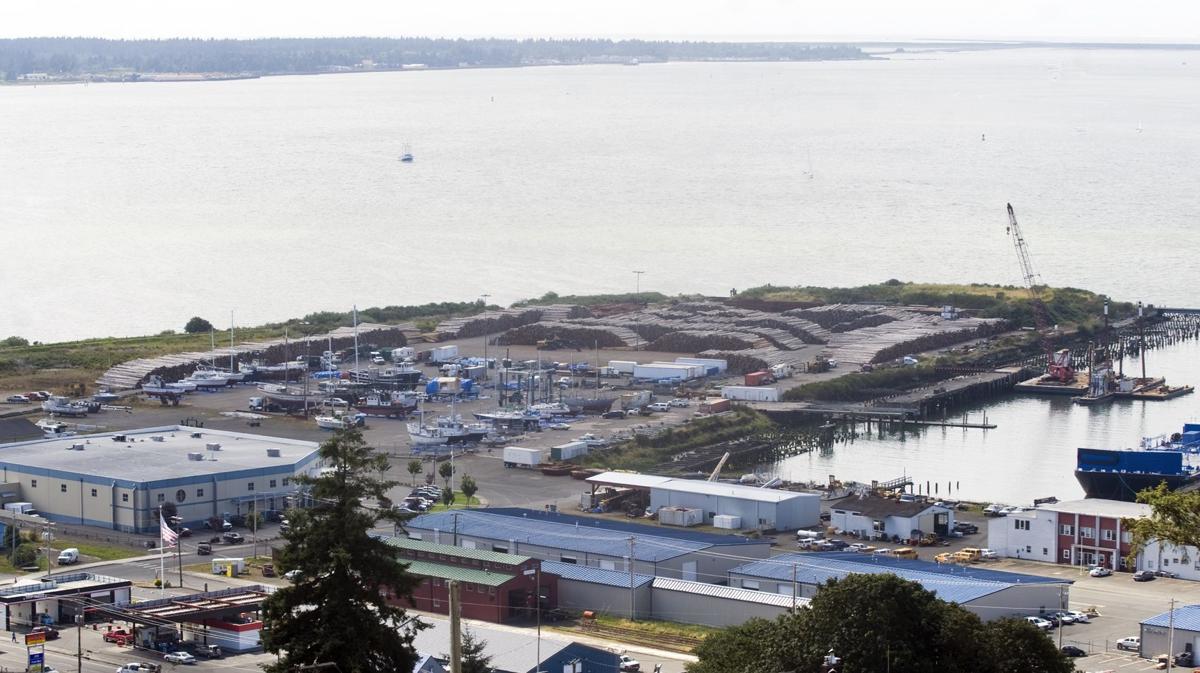 Astoria Forest Products hopes to turn the more than 20 acres on the Port of Astoria's Pier 3 into a log processing and export yard.

Dave Daggett, the general manager for Astoria Forest Products, talks about plans to pave all of the Port of Astoria's Pier 3, rebuild the dock on the pier's east side, and install an onsite water treatment center.

Astoria Forest Products hopes to turn the more than 20 acres on the Port of Astoria's Pier 3 into a log processing and export yard.

When Westerlund Log Handlers came to Astoria in 2010, its intention was to base its entire operation off of Pier 3. Although long dormant and without a usable dock and deep enough water for ships, the pier offers more than 20 acres of prime waterfront real estate.

The project proved too expensive, though. And Westerlund, still in existence but operationally inactive, turned its leases on Piers 1 and 3 over to Murphy Overseas USA, a Portland-based logistics company doing business locally as Astoria Forest Products.

Now Astoria Forest Products, which has continued exporting logs as an international lawsuit simmers with it, Westerlund and a state-owned Chinese construction company, is ready to start turning all of Pier 3 into a log processing and export yard.

“The gist of the project is to put a full facility, a debarking facility, on Pier 3,” said Dave Daggett, the general manager for Astoria Forest Products.

The company, led by Dennis Murphy Jr., a longtime logger and former co-owner of the large Eugene-based Murphy Timber Co., deals heavily in agricultural exports, with production and warehousing in six states on the east and west coasts.

The planned facility in Astoria would take almost all of Pier 3 and include log-scaling, debarking and storage of 12 to 15 million board feet, from the tip of Pier 3 to the foot, next to Best Western Lincoln Inn.

Pier 3’s been dormant throughout the 21st century except as a place for people to haul out, store, repair and even dismantle their boats. Daggett said the Port already has a plan to move the boatyard to make way for the log yard.

Astoria Forest Products and Westerlund Trucking use the longstanding Lewis and Clark yard for sorting and storage. But for the past six to eight months, said Daggett, the yard’s faced issues with the Department of Environmental Quality related to water pollution. The yard’s owner, timberland company Campbell Group, has built six or seven settling ponds at the site, said Daggett. But DEQ also wants installed a flocculating station, used to capture and clean surface water before it goes into nearby waterways, in which salmon have been found.

“It’s just something you need to get away from, because it never ends,” said Daggett, adding that the yard will keep operating with Campbell Group as owner and Westerlund as a tenant.

Astoria Forest Products wants to pave all of Pier 3, level it off and install a water treatment center on-site, all part of Phase 1. In the second Phase, it wants to rebuild the dock on the east side of Pier 3 and refurbish the barge ramp at the end of it.

“Our goal is to load a ship here at Pier 3 and at Pier 1 at the same time,” said Daggett, detailing a long-term operation. “That ought to open us up to do two to three ships a month.”

Westerlund won the Job Creation Award from Clatsop Economic Development Resources (CEDR) last year for adding anywhere between 40 and 80 jobs, depending on when ships come in. Daggett said Astoria Forest Products, while not adding a lot of jobs by switching from Lewis and Clark to Pier 3, will boost longshoremen employment by hopefully increasing to between two and three ships per month.

The company currently has about 17 years left on the leases it acquired on Piers 1 and 3. Daggett said it has to extend those to justify its investment.

People should start seeing construction on the yard next week, said Daggett, with a foundation being poured for the debarker.