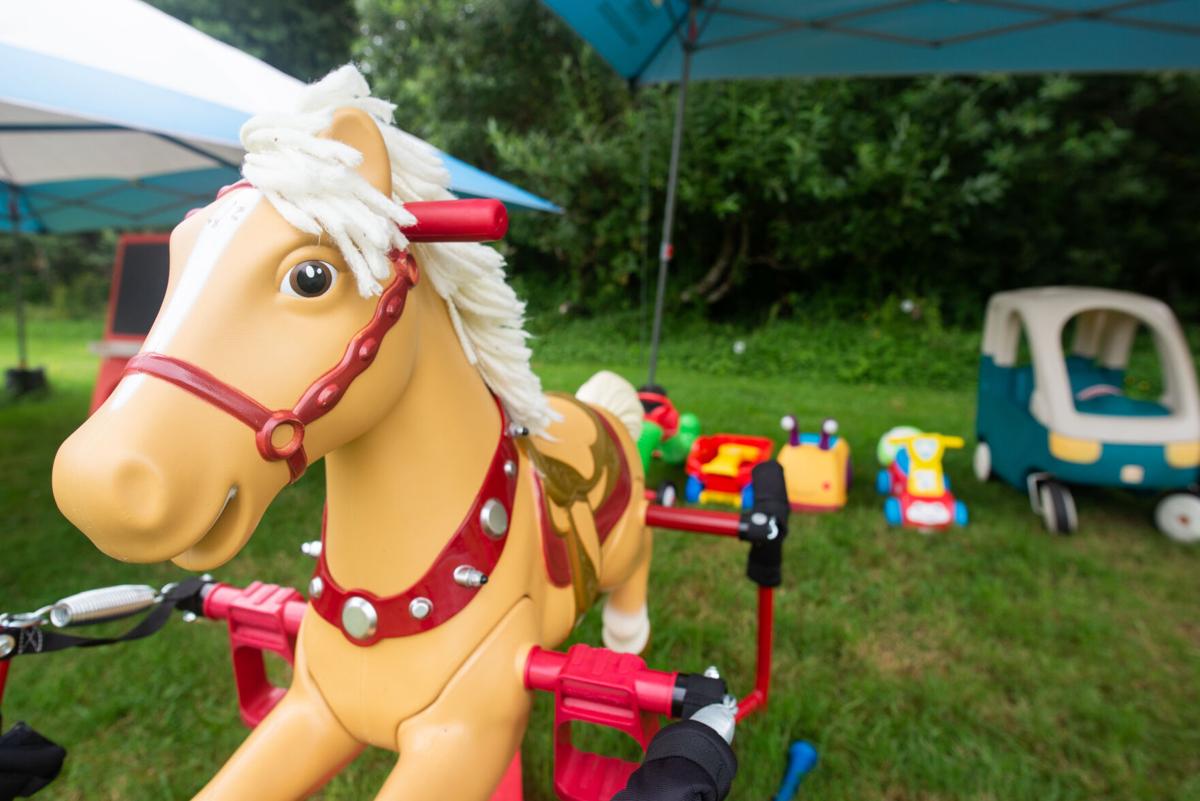 Friends of Birch Field and Park placed plastic horses, minislides and push cars at the park in Alderbrook for people to enjoy. 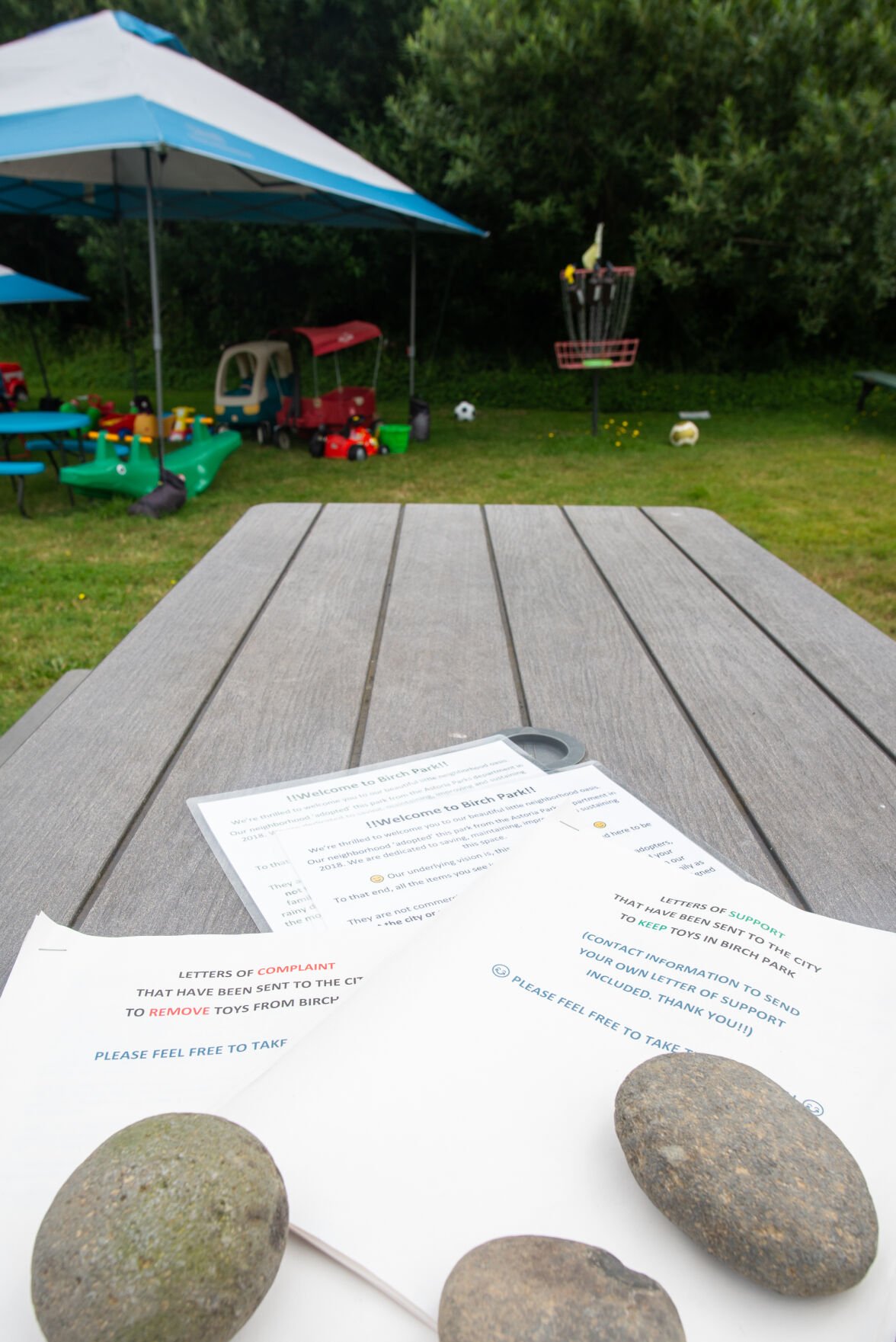 A list of rules and letters of complaint and support of the toys sit on a picnic bench at Birch Field.

The Astoria City Council signed off on keeping the toys placed in Birch Field over the summer by volunteers, but want them to present the city a plan for the Alderbrook community park moving forward.

Friends of Birch Field and Park, a community group that adopted the ballfields in 2018 after the city considered selling off some properties, put out a collection of children’s toys that has become popular with visitors. They have also put up canopies for children wanting to play out of the sun.

Most concerning to the city are larger slides and a swingset. Parks staff, fearing liability if someone gets injured on toys not meant for public use, recently asked that they be removed. The Friends had also violated an agreement to inform the city before putting items in the park.

Mayor Bruce Jones, acceding to the voluminous input the City Council was receiving about the toys, called for an informal hearing Monday where City Manager Brett Estes asked councilors if they were OK with the risk posed by private toys on public property.

Neighbors of the park came out in force to argue for the toys, which they say have driven more people to the park and provided children a creative, developmental outlet. Neighbor Larry Bondurant brought up a petition to keep the toys he said had gathered nearly 100 signatures.

Lisa Morley, the leader of the Friends group, said the group felt victimized by the city despite the good work it has done at the park. She claimed parks staff had not been responsive to calls for improvements at Birch Field, and that the group had received a letter from an insurance company stating the city was not at increased legal risk because of the toys.

“So I’m confused,” Morley said. “I’m very confused how trying to be a good citizen to our neighborhood, to our city, has gotten to this point.”

Jonah Dart-McLean, the city’s parks director, said he had reached out about the toys after neighbor complaints, and that the city had to accept liability for toys with warning labels against public use.

City councilors balanced the concerns over liability with the good work they said the Friends have done at Birch Field.

City Councilor Jessamyn West, a former resident of the neighborhood, said she appreciated the work done by the Friends, but that the city had legally binding concerns over liability. She offered to act as a liaison to help the group better organize and create a plan for the park.

Councilor Joan Herman thought the larger play structures should be removed because of liability concerns, and because the Friends group had not asked permission first. Although Fisher-Price is a good brand name for residential use, she said, kids should not be playing on private play equipment in a public park.

“I hate that we live in a litigious society,” Herman said. “That’s another issue. But safety is a big one.”

Councilor Roger Rocka, while OK with letting the Birch Field toys stay, said he was also concerned about creating a precedent for people putting private items in other parks around the city. Councilor Tom Brownson discounted any significant danger from the toys, but said it is time for the Friends group to create a plan for the park and present it to the city.

City councilors ultimately landed on allowing the toys at Birch Field to stay through at least the end of summer.

Jones couched it as an experiment, like the city’s allowance of parklet gathering spaces in parking spots, but said it should not be used as precedent at other parks. He proposed having the Friends group come to the City Council in September with a plan for the park before the toys are allowed to come out next summer.