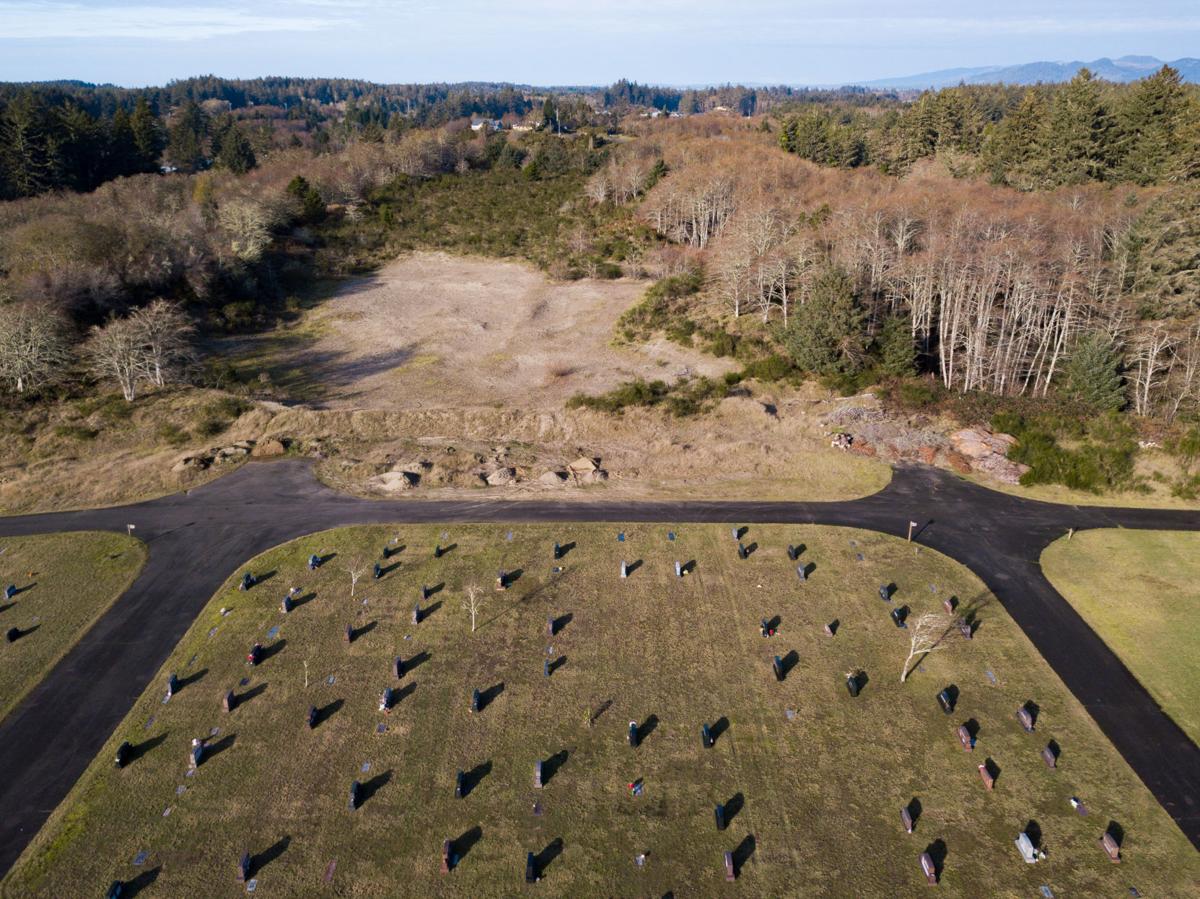 The Ocean View Cemetery could expand burial grounds north of the main area for natural burials. 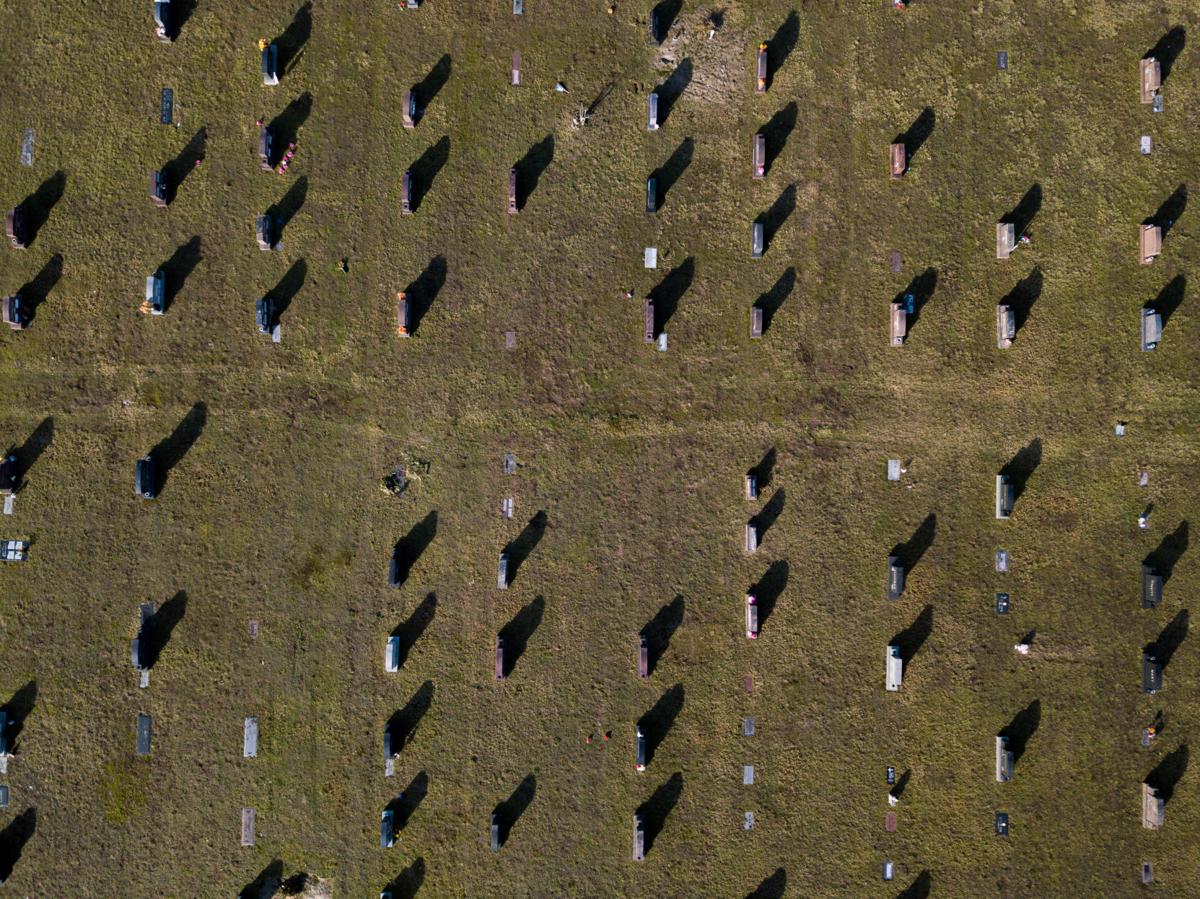 The cemetery was established in 1897 and holds hundreds of traditional graves and cremated remains. 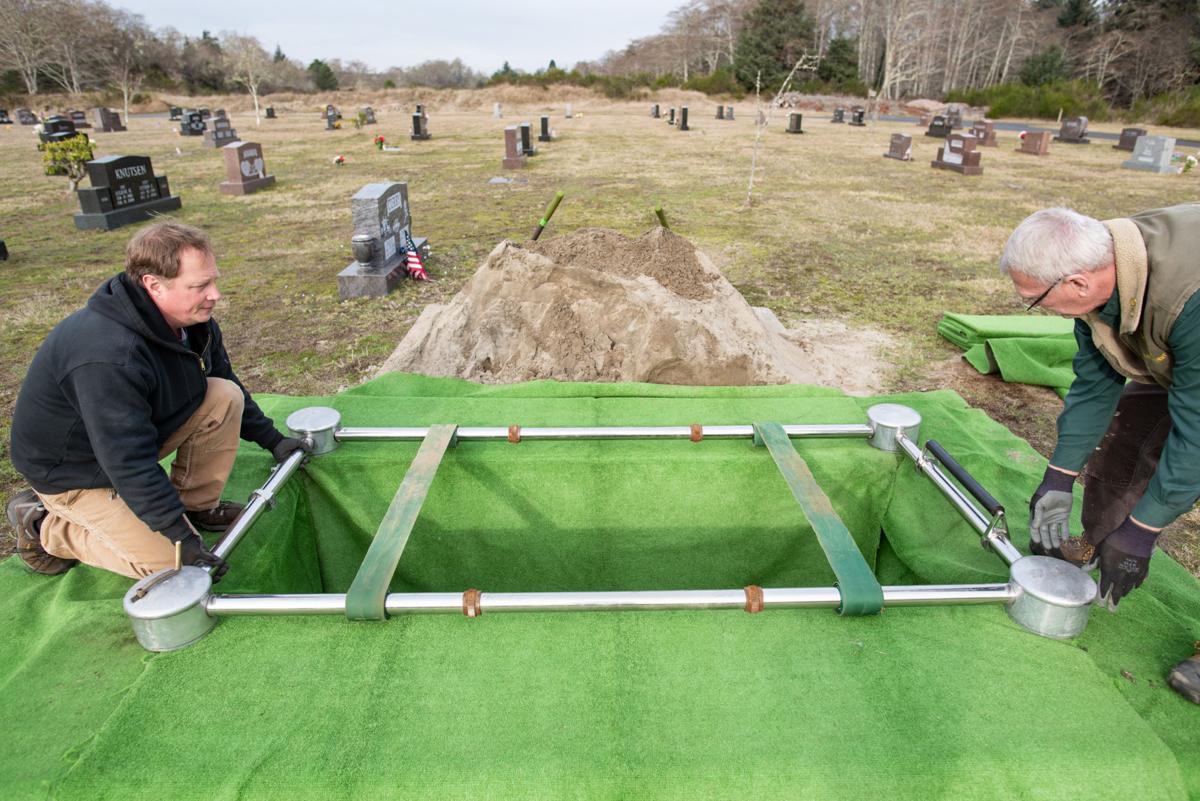 WARRENTON — Astoria’s 122-year-old Ocean View Cemetery in Warrenton is breaking even operationally, with room to bury hundreds of more caskets and cremated remains.

But with the cemetery capturing a fraction of cremations and a growing trend toward more sustainable interments, the city and its consultants are looking to diversify the options.

The 70-acre property, set on bucolic, rolling dune hills surrounded by woods, wetlands and lakes, was established by the city in 1897 and serves much of the region. The city has faced criticism from some families and Warrenton leaders over a perceived lack of maintenance. The cash-strapped Parks and Recreation Department cut the last full-time position there in 2013.

Perceptions of the cemetery have improved, with the city experiencing a drop in complaints. The parks department recently dedicated a part-time seasonal worker who Jonah Dart-McClean, the parks maintenance supervisor, said has improved the property’s appearance.

“Compared to the last five years, it looks a lot better,” he said.

The City Council made financial sustainability of Ocean View Cemetery a goal. In the spring, it contracted Lees and Associates, a Canadian-based landscape architect and cemetery planning firm, for $88,000 to create a master plan by early next year for enlivening operations.

Catriona Hearn, a senior associate with the firm, recently reported to the City Council and Parks Board that the cemetery is breaking even operationally, with an opportunity to tap into changing interment trends.

The city needs to focus on building a perpetual care fund, established with the cemetery in 1897, to cover maintenance, Hearn recently told the Parks Board.

“The idea is that a portion of every service and sale you make at the cemetery goes into the fund,” she said. “It’s a trust fund. The income from that will pay for your future maintenance. The fund itself is never touched.”

Hearn has also pushed the city to hold more events at the cemetery, such as runs and ceremonial celebrations. The city holds a Memorial Day event at the cemetery, which also recently played host to the Clatsop County Historical Society’s Talking Tombstones living history feature.

Hearn recommended sharing the maintenance costs with surrounding governments like Warrenton and Clatsop County, and encouraging people to pay in advance for future interments. The city should also look at discounted rates for locals, children and veterans as a goodwill gesture, she said.

Lees estimates Ocean View has between 75 and 82 years worth of lot space for casket burials, and 128 years for buried cremated remains. About 700 caskets are estimated to be installed over the next 25 years, along with 1,600 cremated remains. The city has space now, but can’t count on more land for cemeteries and needs to smartly develop the property it controls, Hearn said.

“You also have to diversify your interment options,” she said. “Right now, you just bury. You bury in the ground the cremated remains or the caskets.”

More than half of the people who die in the U.S. choose the cheaper interment route of cremation, according to the National Funeral Directors Association. Clatsop County has the highest cremation rate in Oregon at 82%, Hearn said. With its focus on burying bodies and remains, Ocean View is only accommodating 13% of those deaths, compared to half the county’s traditional burials, she said.

“You’re not ignoring them,” she said of cremations. “But I think there’s huge potential to offer them more, to capitalize on that changing choice.”

The city could significantly stretch its capacity at Ocean View with options like columbaria, vertical shelves used for the storage of urns, and scattering gardens. The city has also discussed ways to better market the empty spots in the Ocean View Abbey Mausoleum, owned by the people with family members interred there. The city owns some empty crypts inside the mausoleum.

“It needs some work, but we’ve identified it as an asset,” said Josh Bernsen, a landscape architect with Lees. “And there’s also some opportunity to do some indoor niches for cremated remains.”

Another area for expansion, especially with the city’s unused land at the north end of the cemetery, is natural burial, in which bodies are allowed to decompose, often in biodegradable containers or shrouds. The practice was more common before the Civil War, when the bodies of soldiers were embalmed for shipment home.

“We think you have a super site for some green burial … and we know we have people interested in that,” Hearn said.

Many people perceive cremation as more environmentally friendly because the remains don’t take up as much space, Hearn said, but natural burials are the greenest option. The burial council has estimated a cremation produces the same emissions as driving 500 miles in a car.

Lees recently completed a survey of people’s opinions about the cemetery. The firm plans to present a draft master plan in January.