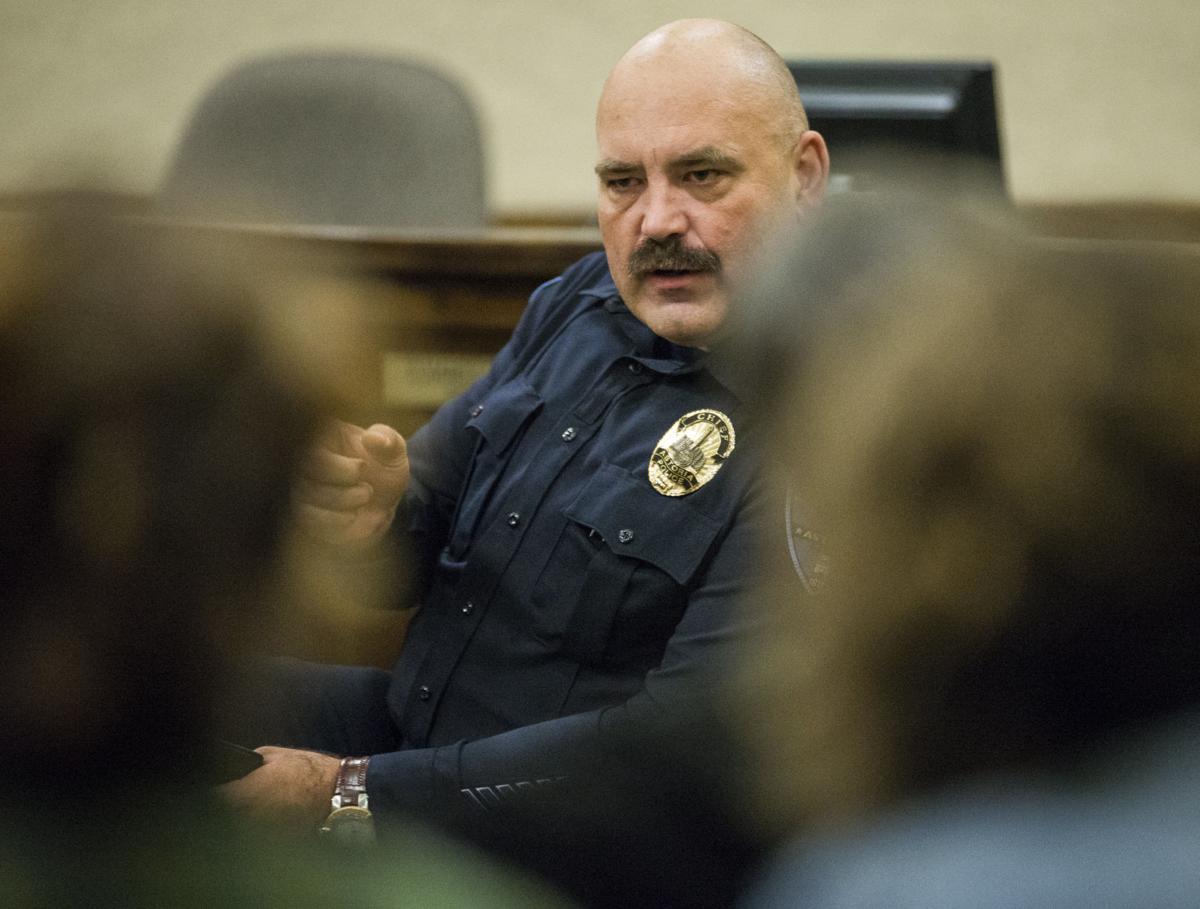 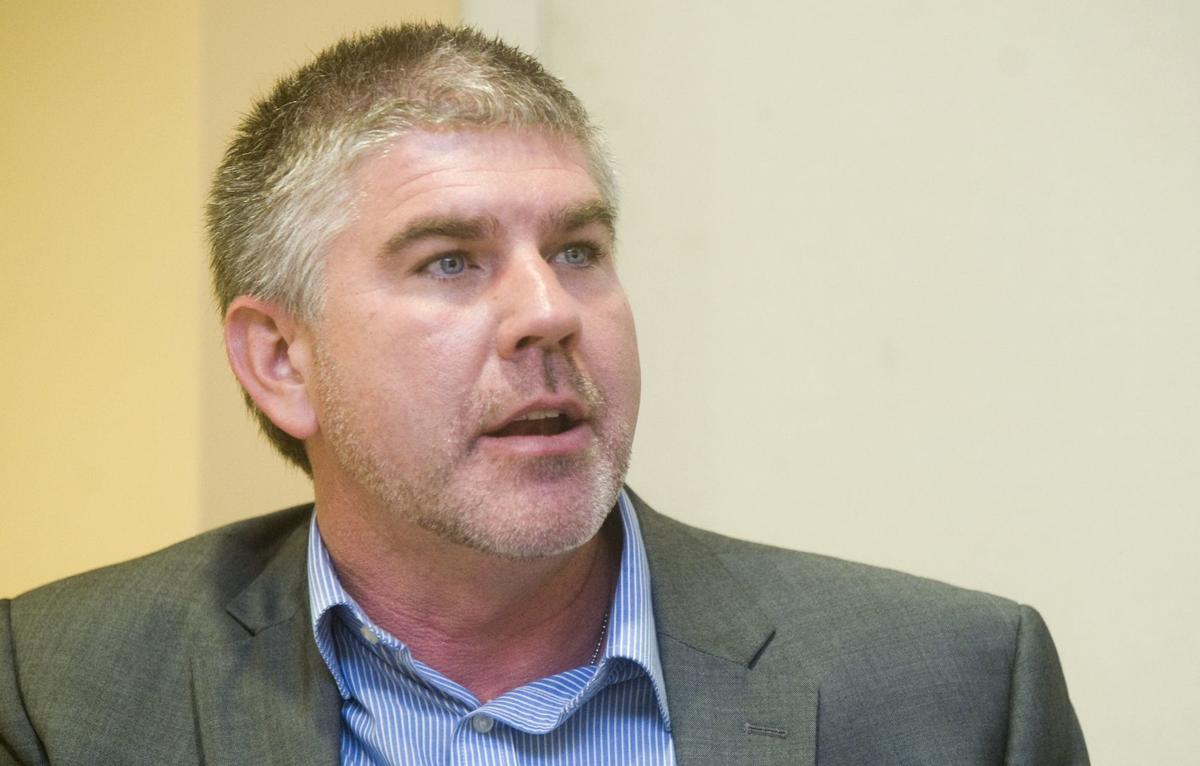 Astoria City Manager Brett Estes asked for an independent assessment of the police department and an investigation into an ethics allegation against former Police Chief Brad Johnston. 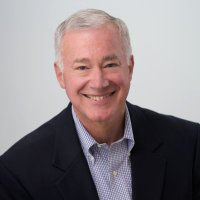 Akin Blitz, a Portland labor attorney, led the assessment of the Astoria Police Department. He also conducted a separate probe into an ethics allegation against former Police Chief Brad Johnston.

Astoria City Manager Brett Estes asked for an independent assessment of the police department and an investigation into an ethics allegation against former Police Chief Brad Johnston.

Akin Blitz, a Portland labor attorney, led the assessment of the Astoria Police Department. He also conducted a separate probe into an ethics allegation against former Police Chief Brad Johnston.

The Astoria Police Department under former chief Brad Johnston was riven by failures in leadership and undermined by politics, discord, conflict and staffing shortages that sapped morale, an independent assessment found.

The police department had been at the “point of a crisis” in Astoria, the assessment concluded, but the most serious issues have been averted by Johnston’s sudden decision to retire earlier this month.

City Manager Brett Estes asked Akin Blitz, a Portland labor attorney, to direct an assessment of the police department’s leadership at a time when three police officers and a clerical worker had left and the department was stretched thin. Estes also asked Blitz to investigate a complaint from within the police department that Johnston had improperly obtained city reimbursement for personal travel in late May. The separate probe found that Johnston violated city travel and ethics policies and that his choices reflected “extraordinarily poor judgment.”

Estes was briefed on the findings of the assessment and the investigation prior to Johnston’s Aug. 2 retirement. Johnston was also aware of the findings before his retirement. Estes said he did not ask the former police chief to step down. “It was a decision made in his own volition,” he said.

The city disclosed the conclusions of the independent assessment and the investigation — both dated Wednesday — to The Daily Astorian. The newspaper had pressed the city for records to help explain to the public why Johnston, who had been Astoria’s second in command, unexpectedly left his high-profile job.

Over the past several months, the newspaper documented the strain that staff shortages have left on the police department. But the assessment, based on two days of interviews with police employees, unearthed frustration, disappointment and deep-seated low morale that had evolved and escalated over several years.

Asked what one word best described the Astoria Police, police employees used terms like “broken,” “dysfunctional,” “disarray,” “unravelling,” “lost” and “exhausted.” The assessment found that the primary cause of the low morale and other problems rested with Johnston and his “leadership style, actions and inactions.”

Police employees told the assessment team that their complaints to City Hall were ignored or minimized and often handed back to Johnston, who had the dual roles of police chief and assistant city manager. In a post on Facebook in July when Johnston announced he was resigning as assistant city manager, he called the two jobs exhausting for him and the police department. “The members of my department could not trust that I had their best interest in a primary position at all times,” he wrote. “That is not a healthy position to put them in.”

At the same time, though, police employees also described their pride in the police department, their dedication to the work and their loyalty to each other. Deputy Chief Eric Halverson, who took over Johnston’s duties when the former chief retired, earned overwhelming appreciation and respect from his colleagues and was singled out as a clear leader.

The assessment revealed serious challenges at Astoria 911 Dispatch, which was supervised by Johnston yet received “little or no leadership direction, mentorship, or responsiveness from him.”

Dispatchers, according to the assessment, have worked between 30 and 100 additional hours of overtime a month over the past year. “This causes burnout, agitation and decreased desire to come to work,” the assessment found. “It is not sustainable in any 911 center.”

The City Council last week approved the hiring of an operations supervisor who will focus on day-to-day functions at the dispatch center and allow Emergency Communications Manager Jeff Rusiecki to concentrate on technology, budget and subscriber relations.

The assessment recommended that the city re-evaluate the management, supervision and governance responsibilities of the dispatch center.

Estes said he was impressed by the commitment of police officers and dispatchers and their sense of pride in their work.

“I would like to emphasize there is a great team over at APD,” the city manager said in an email. “I believe in them as do the city councilors. The APD staff are extremely committed to their work. The department has and will continue to provide excellent service to the citizens of Astoria. This assessment provides direction how the department can continue to excel while we address issues which have arisen.”

Astoria Mayor Arline LaMear said the findings of the assessment were a surprise. The mayor said she had not realized the depth of the police department staff’s frustration with Johnston.

“I’m sorry it got to the point where people were feeling so frustrated and I’m assuming that’s the reason why some of them did leave,” LaMear said.

“There seems to be a good sense that the police department is moving in the right direction,” Jones said. “So I don’t have any immediate concerns for public safety in the community, because of the fact that Mr. Estes has got a good handle on things and this new police chief seems very capable of coming in and listening to the police officers, hearing their concerns, and making good recommendations to Mr. Estes and to the City Council through Mr. Estes.”

The ethics allegation that Blitz investigated stemmed from Johnston’s travel to a National Center for Missing and Exploited Children training course in Washington, D.C., in late May.

Johnston, in an email statement in June, explained that he left from and returned to Redmond because he planned a trip to see former Astoria Police Chief Rob DeuPree over the Memorial Day weekend. He said he personally paid for the airfare between Redmond and Portland for his flight to and from Washington.

Johnston said his return flight from Washington to Portland was delayed by thunderstorms, so he missed the connection to Redmond. He said he chose to rent a car on the city’s account — at a cost of $92.90 — and drive to Redmond because he was traveling on city business.

Complicating the situation was the fact that Johnston had faced previous tax consequences for using his police vehicle for personal reasons and family travel in central Oregon and Washington state. Blitz, who conducted an investigation into that matter in 2016, determined that Johnston did not violate city policy or state law but made “unfortunate mistakes which must be corrected.”

Given the two incidents, Blitz reported that the city had cause if it wished to fire Johnston. “Chief Johnston’s choices demonstrate inadequate judgment; they raise questions about his integrity, demonstrated disregard for rules, policy and law, and trustworthiness,” the attorney informed the city. “These are among essential qualifications of every chief law enforcement executive.”

Had Johnston chosen to remain as police chief, he would have had to answer to Estes, and, likely, to the City Council, for the independent assessment of the police department and the city travel and ethics violations.

“It appears clear that there’s an issue there,” Estes said.