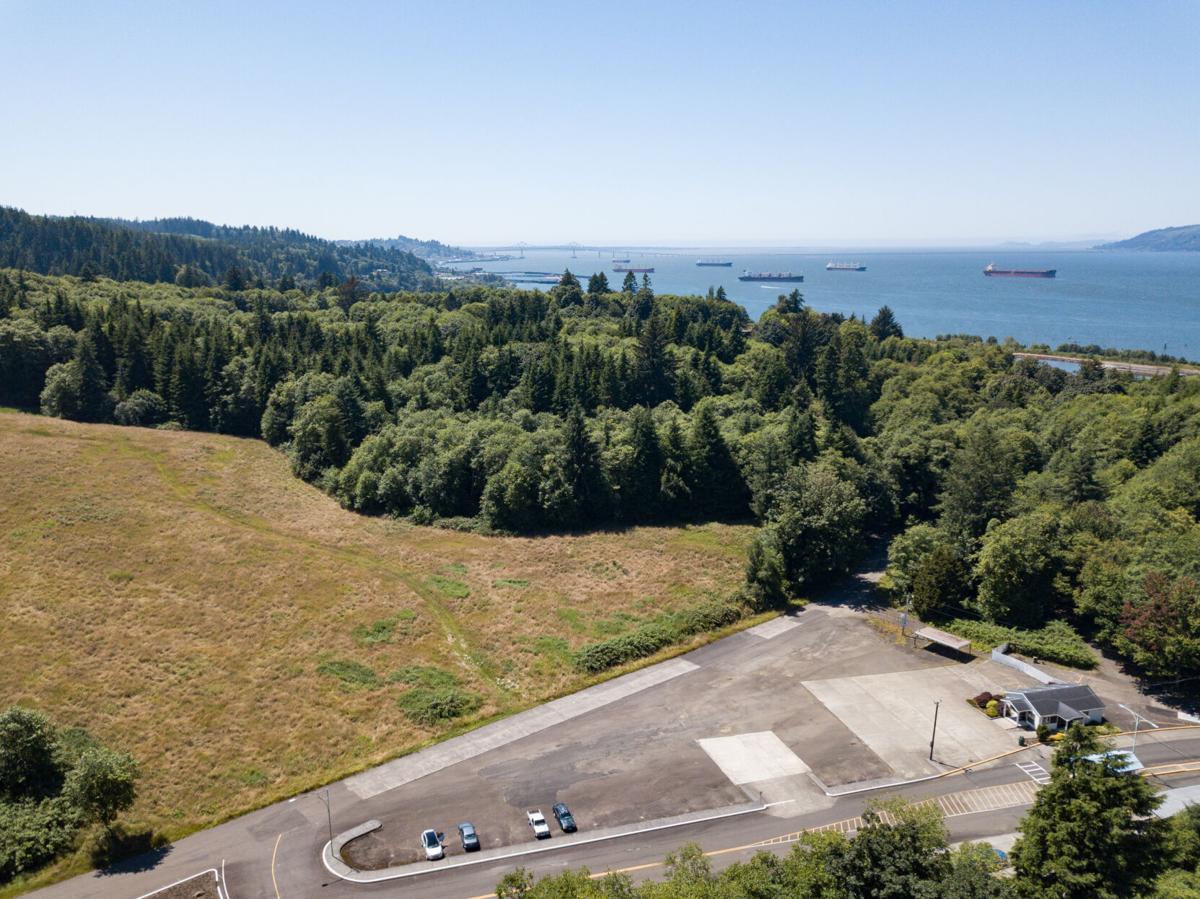 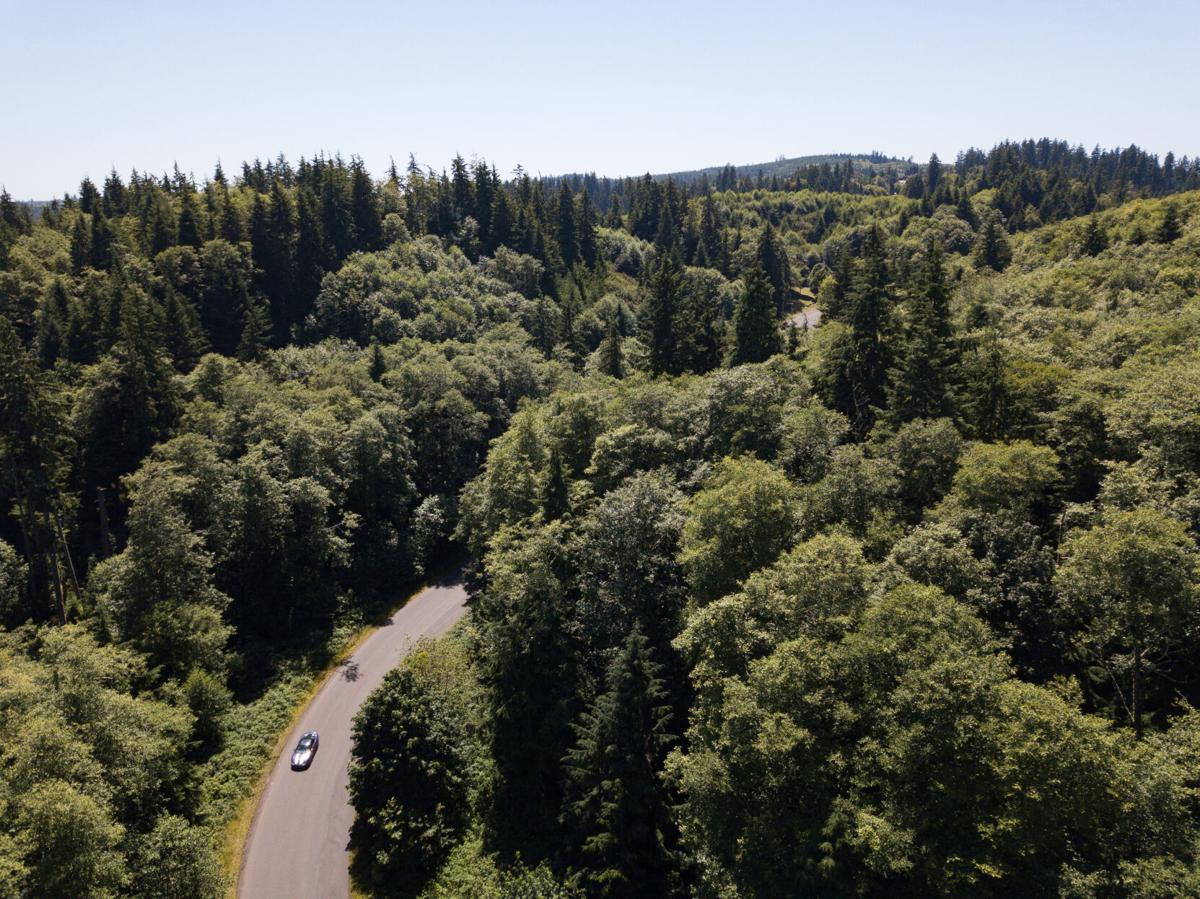 Maritime Road connects U.S. Highway 30 to the proposed apartment complex location. The road was built during World War II without proper permitting and will need to be properly dedicated as a right of way. 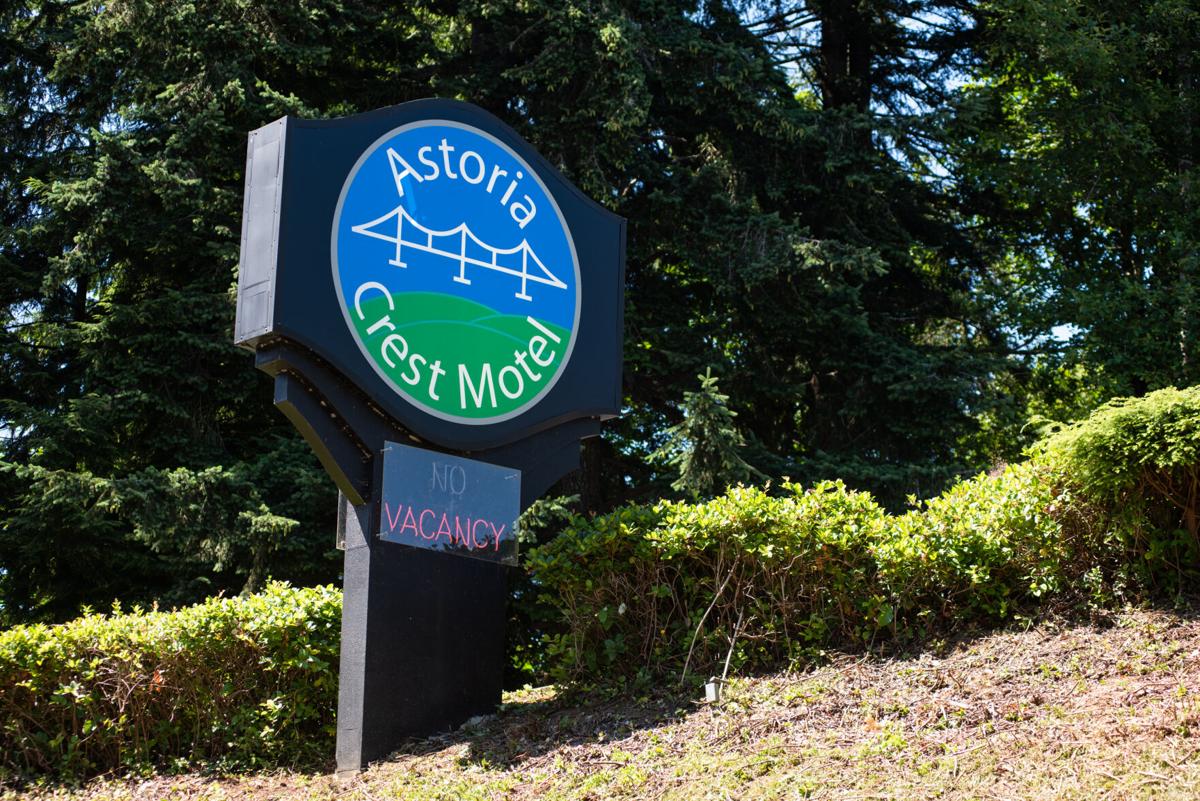 The proposed housing development will be located at Tongue Point behind the Astoria Crest Motel.

Developer Cary Johnson’s proposed 120-unit apartment complex at Tongue Point, potentially one of the largest housing projects in Astoria in some time, came with the caveat of figuring out access issues through federal property.

The city has taken the first steps in dedicating legal public access to Tongue Point, paving the way for both Johnson’s project and others around the former World War II-era naval base.

The federal government took control of Tongue Point during the war to house a seaplane base. Military housing was built at Emerald Heights and Blue Ridge, an area near the top of Tongue Point now filled with run-down houses, foundations and one remaining household.

After the war, the U.S. Navy sold off parcels of mostly undeveloped land along the federally owned old U.S. Highway 30. The old highway loops through Tongue Point between 54th Street near the Astoria Crest Motel and Maritime Road across the highway from the entrance to Emerald Heights.

Rosemary Johnson, a city planning consultant, said she started working on access issues at Tongue Point as the city’s planner 15 years ago because of potential development. That’s when the city found out there was no legal access for property owners wanting to develop the land.

“We’ve had title companies, we’ve had four different city attorneys, and we could not resolve the legal status of these sections,” she said. “There were conflicting information, titles, deeds, how they were constructed.”

The city received a $60,000 grant from Business Oregon to study the ownership and access issues around Tongue Point. That work culminated in a decision last week by the City Council to survey 54th Street and Maritime Road, beginning the process of dedicating them as rights of way.

“In the case of Maritime Road, it’s kind of bizarre,” said Blair Henningsgaard, the city attorney. “The federal government just built it through county land. I assume back when they did it, they had some sort of handshake agreement with Clatsop County to construct it. In any case, they constructed it with no permits, no official surveys. There’s nothing that causes it to be a public road.”

The city will survey the roads and send a notice to adjacent property owners. The City Council will hold a hearing to see if it’s in the public’s interest to make them public rights of way.

Cary Johnson faces other access and design issues with the federal government, City Manager Brett Estes said, but legalizing Maritime Road allows him to extend utilities to the site and record a plat with the county surveyor. The developer declined to comment for this article.

The dedication of 54th Street and Maritime Road is also the lowest-hanging fruit in a longer-term effort to improve access for all the properties around Tongue Point by dedicating old Highway 30 as a public right of way.

The former highway zigzags downhill from the intersection with Maritime Road to North Tongue Point, where Hyak Maritime and WCT Marine Construction have been developing a shipwright center. Improving access will help them with extending utilities and an eventual realignment of the roadway to improve truck access.

Along the old highway on the west side of Tongue Point are several property owners who have developable land but have been unable to wade through federal access issues. Local businessman Michael Benesch, who bought land at Tongue Point 15 years ago with the hopes of putting in new homes or multifamily units, said he has tried to deal with the federal government, but to no avail.

“It opens it up where someone can actually do something down there,” Benesch said of making the old highway a right of way. “You might actually see something happen.”

The crown jewel of potential residential development at Tongue Point is Blue Ridge. Although the former military housing complex is lined with dedicated city streets, access is from a city driveway on Highway 30 and from the old highway. The owners have not been able to establish an easement, Rosemary Johnson said.

Although the U.S. Department of Labor, which oversees Tongue Point Job Corps Center, is supportive of handing the roadway over and being rid of any maintenance, it doesn’t want to provide any money for improvements, she said.

The pre-World War II roadway is badly deteriorated, runs past several landslides and likely needs to be reconstructed to modern standards. Finding the federal money before taking it on will require the help of the state’s congressional delegation, Rosemary Johnson said.

Despite all the challenges, Cary Johnson’s project and Blue Ridge remain two of the prime opportunities for future housing in a city bounded by water and steep hills.

“These were two of the biggest residential land areas when we did our buildable lands inventory,” Rosemary Johnson said. “Being able to develop these two will help the housing stock.”