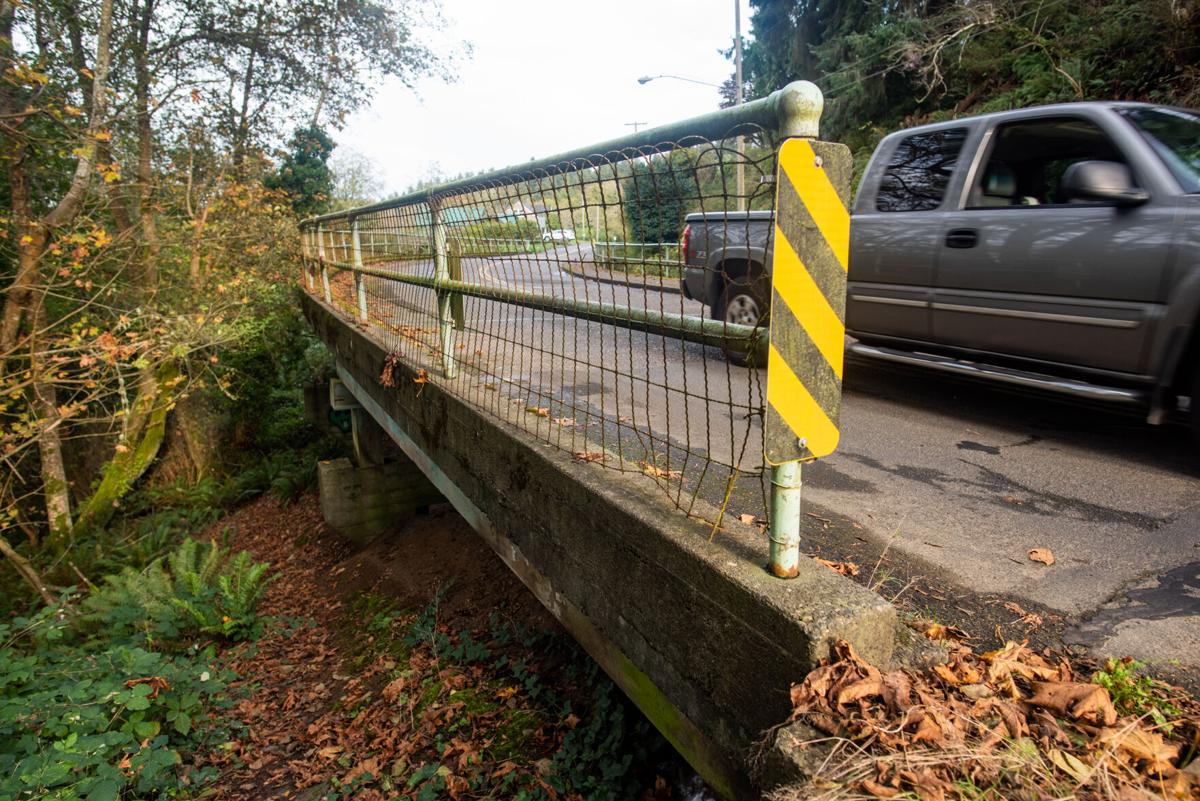 A truck crosses the bridge along Irving Avenue near 33rd Street. 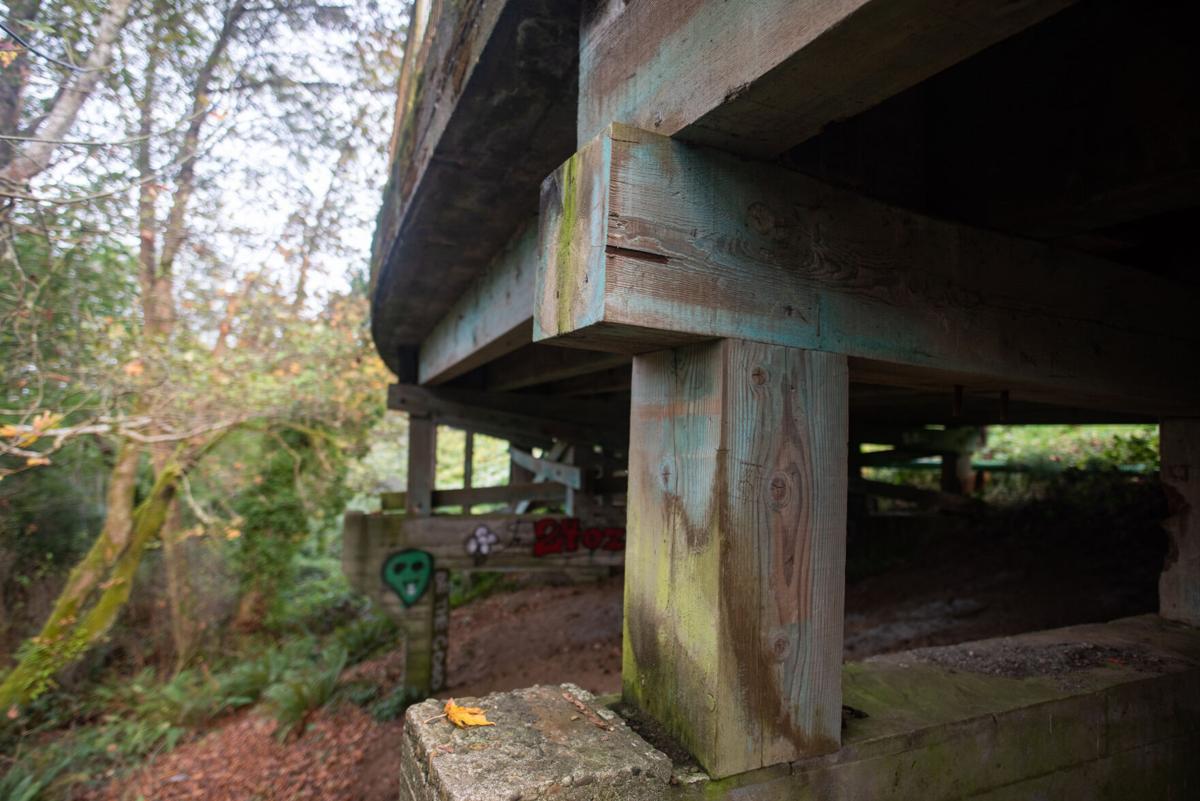 A wood-girder bridge on Irving Avenue needs to be replaced.

Astoria has been invited to apply for around $8 million in state funding to replace a bridge along Irving Avenue near 33rd Street.

The 200-foot-long, wood-girder bridge is the last of nine needing replaced throughout the city.

The span faces sloughing on the steep hillside, weight restrictions, a roadway too thin for current standards, bent railings, cracked sidewalks and other deterioration.

Irving Avenue serves as an alternate east-west route through the city.

“It’s in poor shape because it’s timber and it’s old,” said Jeff Harrington, the city’s public works director. “The deck and the rails are not in good shape. But it’s structurally, surprisingly good. It’s not going to collapse or anything like that. We’re not going to have to shut it down.”

The state Department of Transportation invited the city to submit an application to replace the bridge with funds from the Statewide Transportation Improvement Program. The city used the same source of state money on numerous other bridge replacements, including another section of Irving Avenue at 19th Street completed five years ago and several waterfront pier bridges recently completed.

This will be Astoria’s third time trying to get money for Irving Avenue at 33rd Street.

The city has estimated the replacement cost at nearly $8.5 million, of which the city would need to match about 10%. The city has looked at local fuel taxes and other state transportation pots to pay for the match in case the bridge project is funded.

The city expects a final recommended list of funded projects from the state in early 2022. If the Irving Avenue project is funded, construction could begin as early as 2025.