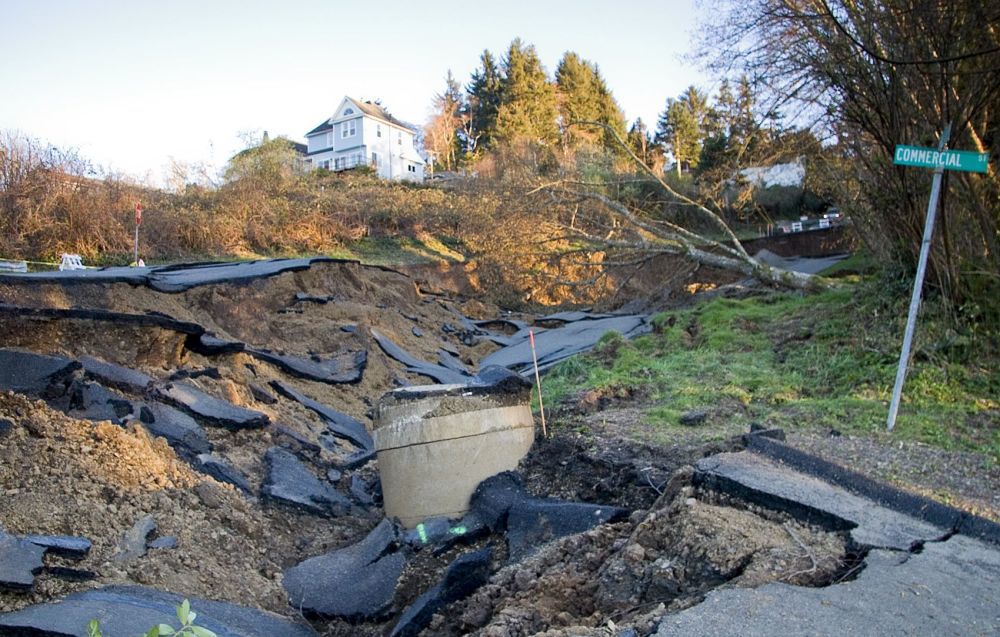 The March 2007 landslide around the area of First and Commercial streets followed the path of one in 1954 that destroyed 23 homes. The city avoided any destroyed homes in 2007 by buying the slide property and not allowing development. 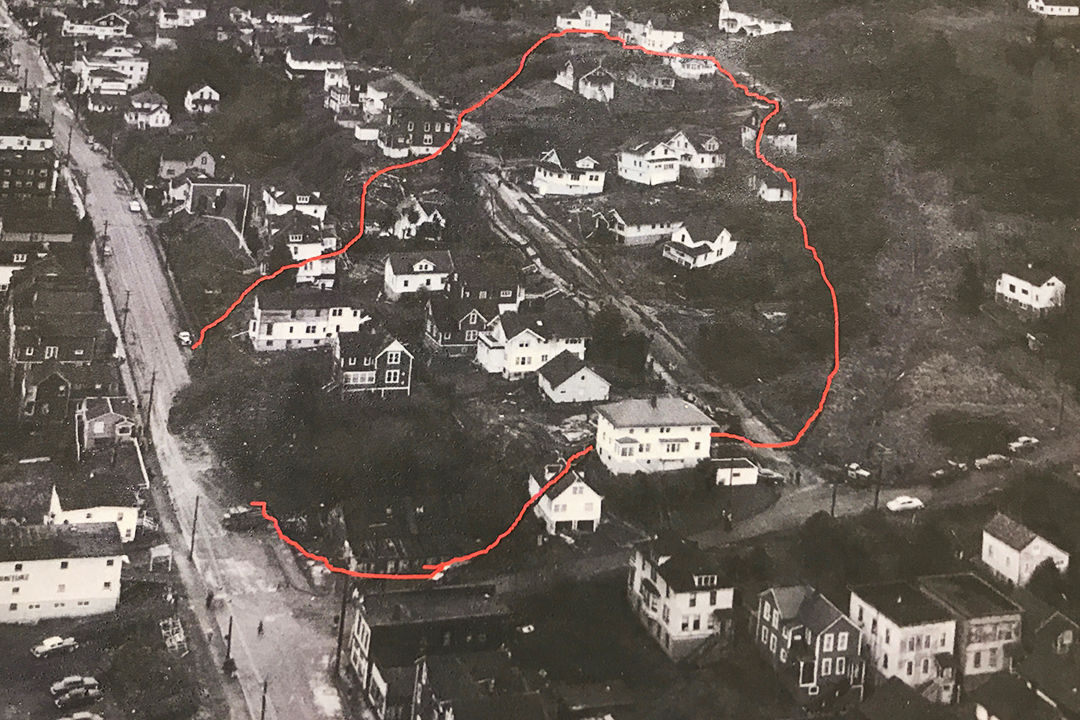 A large landslide along Commercial Street in 1954 destroyed 23 houses. The city did not allow new houses to take their place, limiting damages in a nearby landslide in 2007. 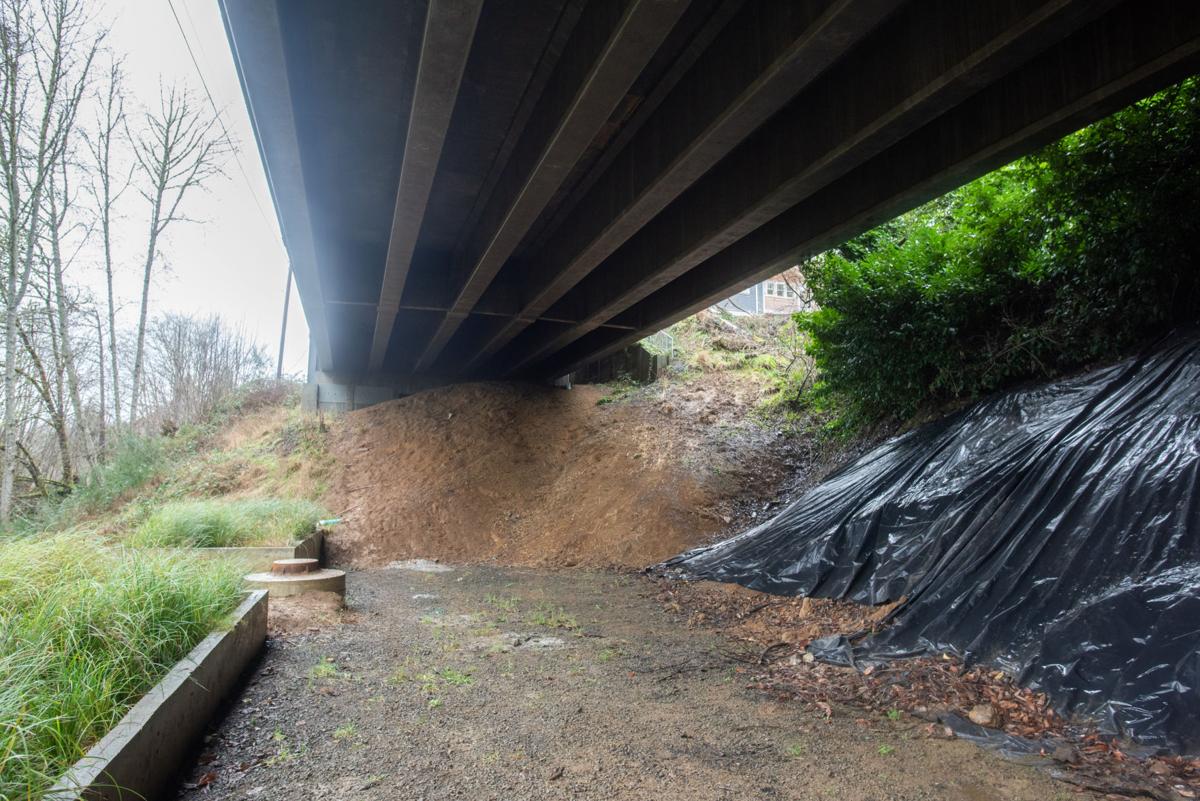 The Irving Avenue Bridge spans a landslide-prone area in Astoria. 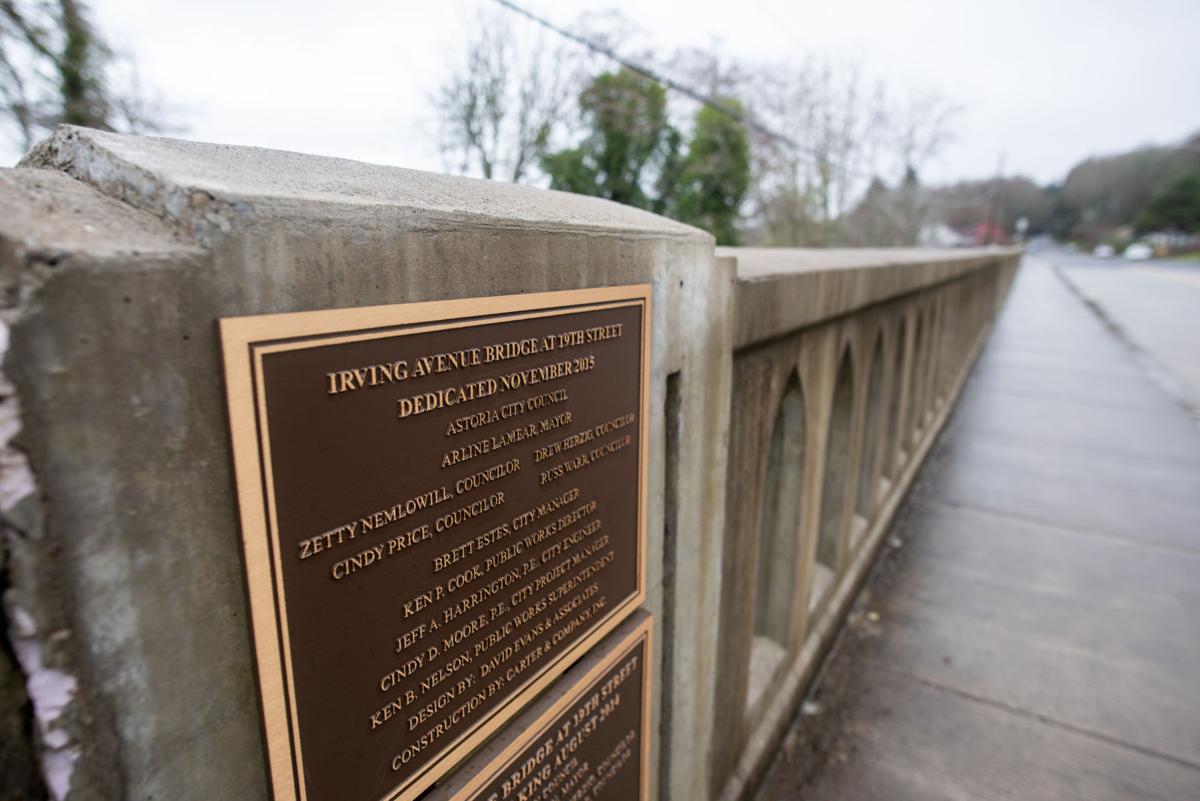 The original 1946 Irving Avenue Bridge was replaced in 2015. 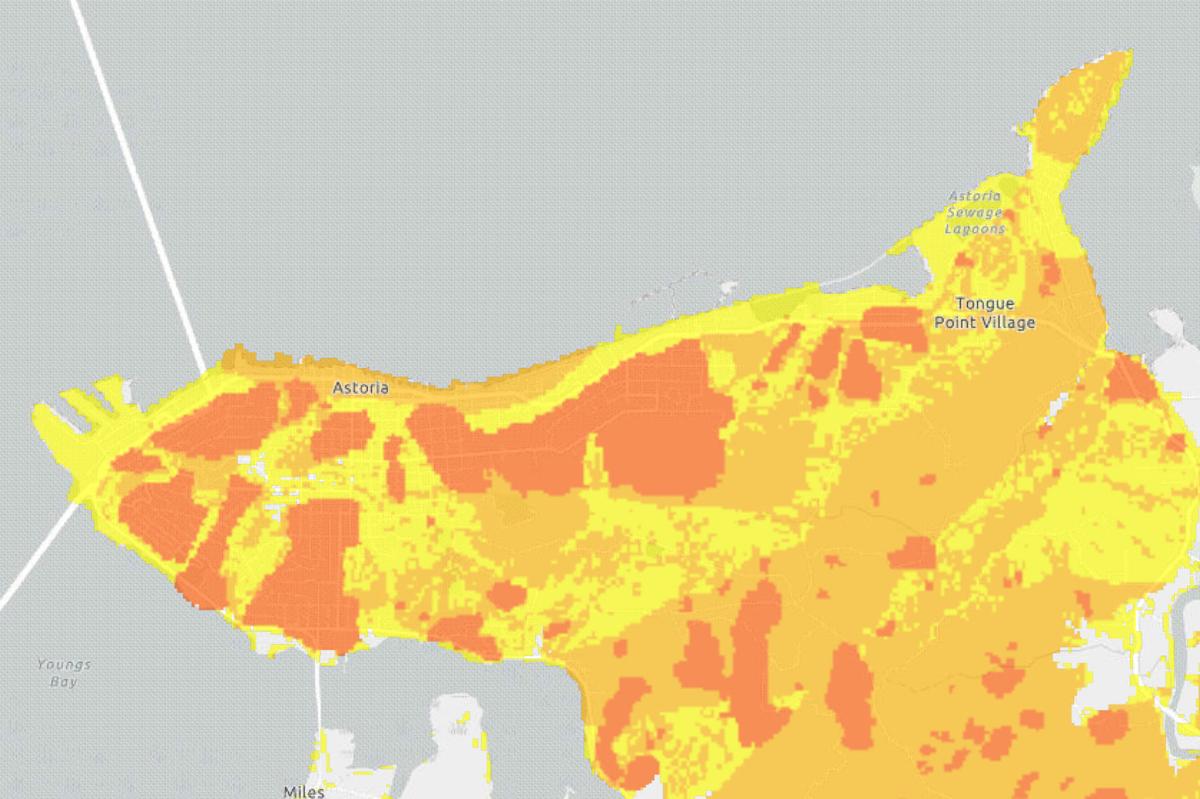 Much of Astoria is at very high (red), high (orange) and moderate (yellow) risk of a landslide.

More than half of Astoria is prone to shallow landslides, and more than one-third to deep landslides. At least 120 slides have hit the city, including more than 80 in the past 150 years.

The city’s Community Development Department, supported by its engineering and public works staff and new state guidelines, is creating a geological hazard ordinance to help keep residents on stable footing.

State geology and land use agencies recently partnered on a set of guidelines to help governments plan for landslide hazards. Jeff Harrington, the city’s public works director, said cities across the state will be creating similar ordinances.

The point “is to bring cohesiveness to the various references throughout other pieces of our code,” City Engineer Nathan Crater said. “But then at the same time kind of help us manage and detail risk associated with development in these areas.”

People are sometimes surprised after acquiring one of the few pieces of vacant land in Astoria whether they can build or not. The outcome of the ordinance could result in a framework and some limitations making sure developers have clear expectations, Crater said.

“We want to make sure on the city side and the public side people are protected, but then also for developers, homeowners, that they understand there are certain things they do that create risk that they might not know about,” he said. “Your average Joe homeowner might not realize that cutting that flower bed in at the toe of the hill, even though it might be a 3- or 4-foot cut, could actually be pretty substantial.”

Alarm bells rose in 2013 after the state Department of Geology and Mineral Industries released a map showing most of the city’s hills in a landslide zone. The lidar — light detection and ranging — surveys uncovered more than 120 landslides throughout the city, 83 of them in the last 150 years. It showed 55% of the city highly susceptible to shallow landslides 9.5 feet or shallower and 37% susceptible to deep landslides digging 15 feet or farther into the ground.

Much of the damage expected from a major Cascadia Subduction Zone earthquake in Astoria will be from landslides.

The city’s last major slide went 85 feet deep near First and Commercial streets. The slide sent debris down the hill from First Street to Hume Avenue and limited Bond Street to one-way access. The city in 2018 finished a retaining wall and fully reopened the roadway.

The slide followed the same footprint as another in 1954 that destroyed 23 homes in the area. After the slide in the 1950s, the houses not destroyed were moved. The City Council purchased the land and prohibited development on it. The 2007 slide tore up underground utilities, destroyed streets and heaved around hills. But no new homes were destroyed.

“There are some homes on the edge that are still right on the edge,” Crater said. “When it slid the second time, it went right past that same boundary.”

The most recent worry over land movement came when a neighbor noticed some at the west end of the Irving Avenue Bridge near 19th Street. The bridge, replaced in 2015, is in an area the state considers highly susceptible to landslides.

The city installed a cover to keep water off the sloughing soils and recently finished installing an inclinometer to measure the rate of land movement, Crater said.

“There hasn’t been measurable movement since February,” he said.

With all the rain the city has experienced this winter, that’s a really good sign, and the city believes the land has moved as far as it’s going to, Harrington said.

The city has a lot of areas where the risk of landslides need to be avoided and mitigated, Crater said. But he and Harrington agree that modern planning and geotechnical studies avoid many of the historical pitfalls.

Major work will begin on the geological hazard ordinance in the spring and summer, Harrington said. Any changes to land use would go before the Planning Commission and City Council for approval.

“We’re not convinced there’s a lot to be worried about,” Harrington said. “We’re just trying to make sure people take the right steps to protect their investment.”

I found this article particularly useless and deficient for 2 reasons: (1) neither the map in the article nor the DOGAMI LIDAR maps will tell anyone whether their particular house or business is at risk; (2) the DOGAMI report assumes a magnitude 6.0, which is 1,000 (10x10x10) orders of magnitude less than the expected maximum magnitude 9.0 from the Cascadia Subduction Zone earthquake.