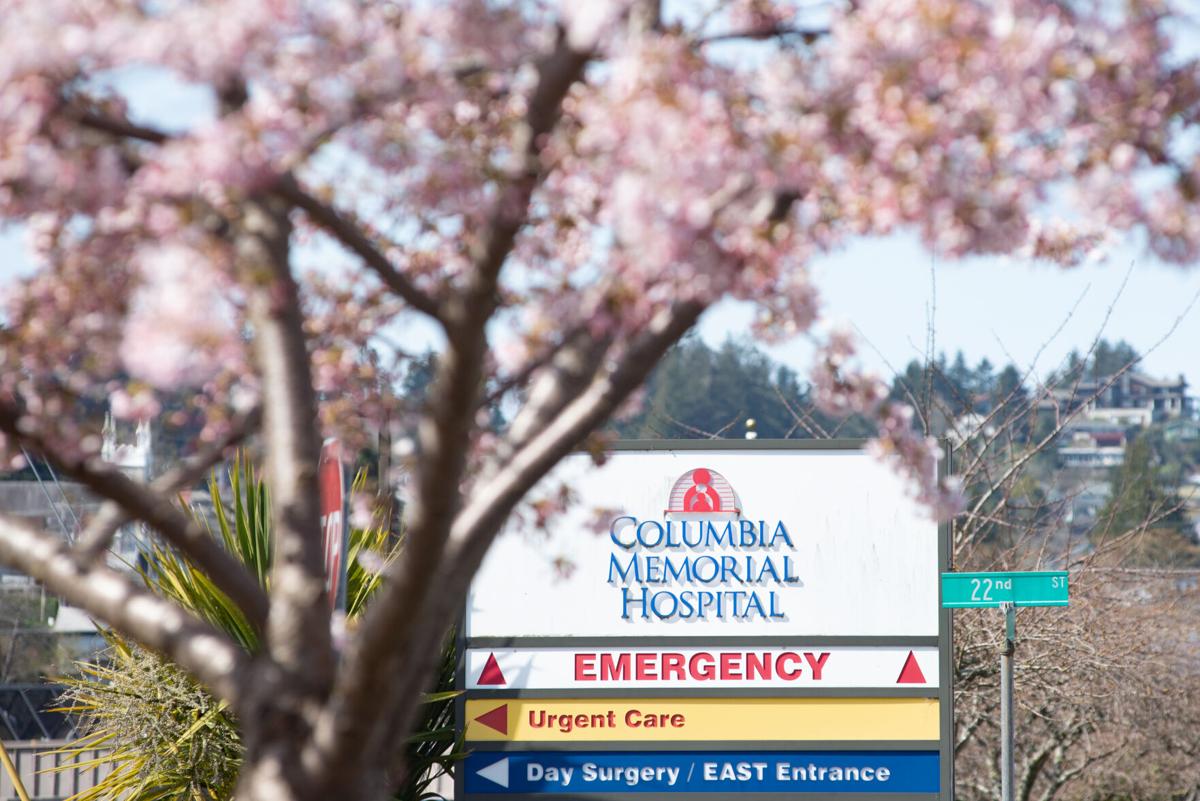 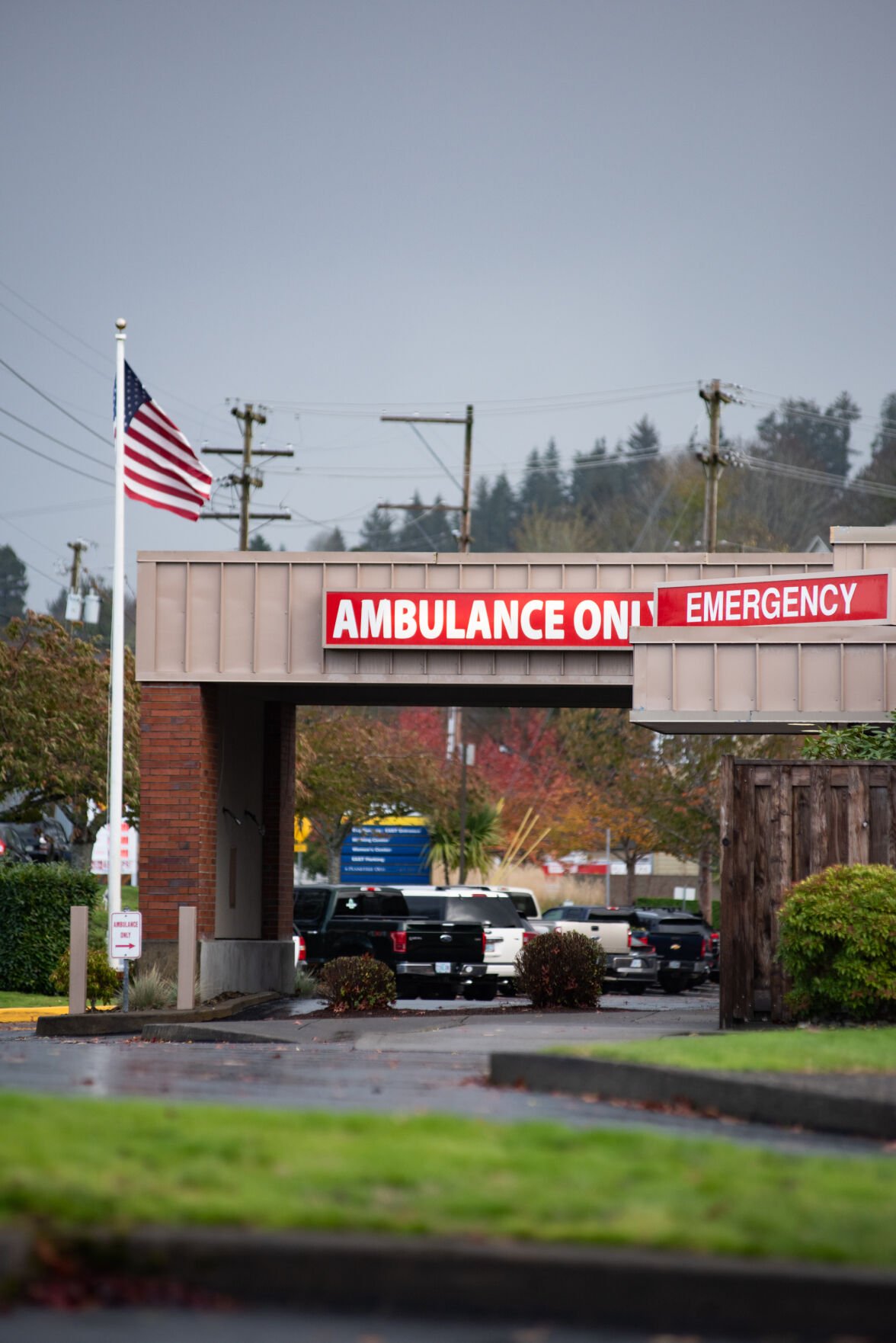 Hospitals are on the front lines of crisis response.

Recognizing a gap in mental health treatment on the North Coast, Columbia Memorial Hospital has placed social workers throughout its network, including the emergency department, to help patients in crisis.

The Astoria hospital, like Clatsop Behavioral Healthcare, law enforcement and social services agencies, has seen an increase in people struggling with mental health. The lack of mental health treatment in the region has been at issue for decades, but has become more pronounced since the start of the coronavirus pandemic.

Columbia Memorial and Providence Seaside Hospital, the largest health care providers on the North Coast, are not designed to treat people with significant mental health or drug and alcohol abuse problems. But since many people in crisis end up in emergency rooms, the hospitals are on the front lines and are under greater pressure to intervene.

“We can’t just separate behavioral and physical health out anymore. They are so intertwined and they impact each other so greatly,” said Allison Whisenhunt, a clinical social worker who serves as Columbia Memorial’s director of behavioral health, a new position. The hospital also hopes to recruit a psychiatric nurse practitioner.

“We partner really closely with Clatsop Behavioral Health on a lot of cases. And what we’re trying to do really is fill any gaps that exist in the community,” she said. “So it’s not about competing with anybody else who’s doing services. It’s really filling the gaps where people aren’t able to access services.

“So, for instance, the folks who don’t have the kinds of insurance that Clatsop Behavioral Health accepts — trying to help make sure they still have access to behavioral health supports as well — has really been the focus.”

‘There’s always a lot of scrutiny’

Social workers support the emergency department at Columbia Memorial seven days a week, 10 hours a day, with a focus on behavioral health.

If there is a behavioral health crisis off hours then Clatsop Behavioral Healthcare — Clatsop County’s mental health provider — comes in and helps conduct a behavioral health assessment. Every morning, social workers follow up on messages from the emergency department overnight.

Sometimes, people in crisis are ready to be connected to treatment and social services, Whisenhunt said, and other times social workers are trying to work proactively to discourage repeated visits to the emergency room.

“I think that’s one of the beauties of us having an ED social worker program is it really helped support Clatsop Behavioral Health staying outside the hospital walls to help keep people from ending up in the ED unnecessarily,” she said. “And I know that there’s been probably plenty of people they have been able to deflect from coming to the ER because the ER is not a place you want to be. It’s really one of the least therapeutic places you can be.”

Social workers try to find the least restrictive option for patients. If they cannot find an outpatient program, they look toward inpatient psychiatric hospitalization.

The bar for admission to a psychiatric hospital is lower than the legal threshold for civil commitment. To commit someone in Oregon, a court must find they have a mental disorder that poses a danger to themselves or others or they are unable to provide for basic personal needs like health and safety.

Whisenhunt said many people in crisis do not meet the criteria for civil commitment, so they have to voluntarily accept treatment.

“And I know there’s always a lot of scrutiny,” she said. “Why did they release them? And why aren’t they helping them? And the truth of the matter is that we do everything we can to help folks. And there are times where our hands are just tied by the way laws are written.”

Another barrier is the lack of slots available for psychiatric care across Oregon.

“What we like to do is try to get them to that higher level of care as quickly as we possibly can,” Whisenhunt said. “That has proven increasingly difficult lately. I am sure COVID has contributed to that, but we’ve always had a psychiatric bed shortage in the state, as we do in many states.

“But it has gotten to a point where it feels like really critical. So (we’re) holding patients in the emergency room for several days sometimes, which again, we really don’t want to do.”

Columbia Memorial does not have a secure room in the emergency department, so they make rooms as safe as possible for people in crisis. Oftentimes, a staffer watches a patient around the clock to help ensure they do not harm themselves.

Judy Geiger, Columbia Memorial’s vice president of patient care services, said the hospital does not have any immediate plans for a secure room, but it has started discussing the idea.

“We’ll look at all our options on that as the situation stays the same or gets continually more challenging getting patients where they need to go,” she said.

The crisis respite center in Warrenton was initially supposed to have four secure beds after it opened in 2016, but Clatsop Behavioral Healthcare, which operates the respite center, did not fulfill the promise. For people in severe crisis, that often means they are held at hospital emergency rooms or the county jail.

‘Nobody can do it all’

In addition to the emergency department, Columbia Memorial has integrated social workers in other clinics and departments throughout its system, including pediatrics, specialty clinics and maternal and child health.

With the pandemic, many adults and children have needed more support.

“I’ve been in social work 16 years now, and I have never seen people struggle the way they are struggling over this past year,” Whisenhunt said. “People who have developed substance use disorder that didn’t have it. People who have relapsed. People who have had incredible exacerbations of depression and anxiety. People who said, ‘I’ve never felt this way before and I just don’t know what else to do.’

“So that’s largely, I think, what the social workers in the clinics are able to do to really help support people and finding new ways to try to deal with what they’re feeling and experiencing.

“I’m so proud of CMH for doing this. I think that for many years the community has relied on Clatsop Behavioral Health to do it all, and nobody can do it all. And they’ve got funding specific to certain populations, and that’s really where their focus needs to be. And so for us to say, ‘OK, well, let us help with these other folks that really are struggling. And the ones that are under your charge, let us help coordinate with you to help get them the care,’ — it’s been really huge.

“Because, otherwise, to tell someone, ‘Well, sorry, they don’t take your insurance. You’ll have to go to Portland or pay out of pocket’ — for somebody who is already really struggling emotionally, that sometimes tips them over the edge. So we’re really just trying to just be a resource for the community in this way, too.”