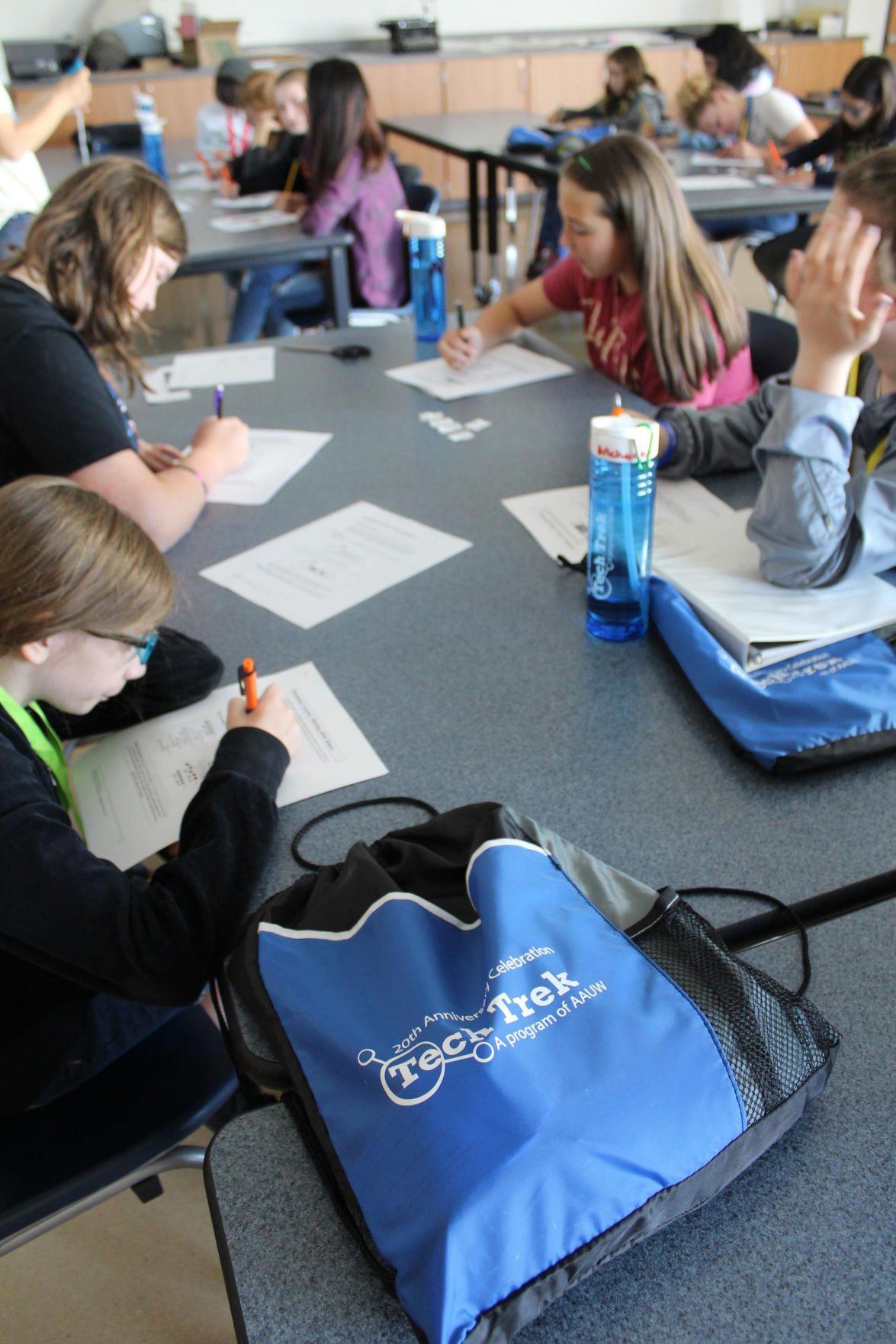 A summer camp for teenage girls headed into the eighth grade stresses science and math. 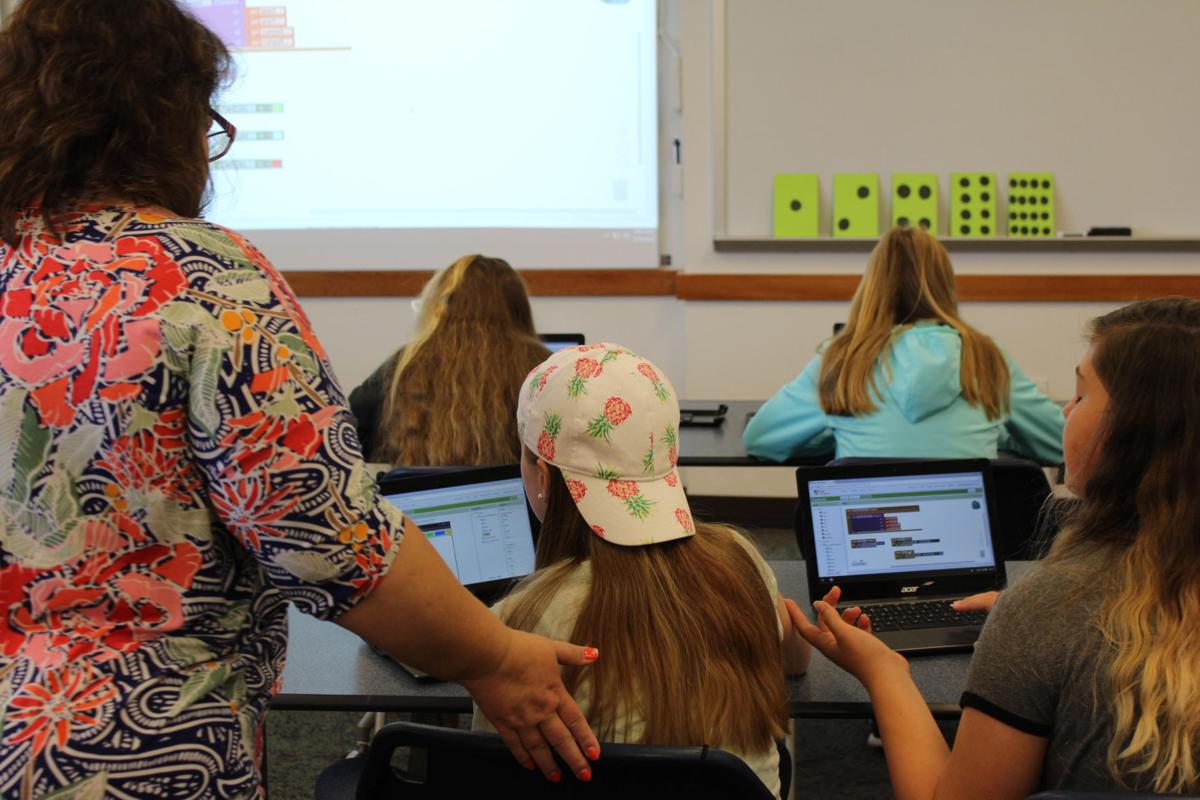 The camp was created to combat the statistically low levels of women entering STEM professions compared to men.

A summer camp for teenage girls headed into the eighth grade stresses science and math.

The camp was created to combat the statistically low levels of women entering STEM professions compared to men.

TILLAMOOK — Eighth grade may seem too young to design and create an app, but by the end of the week, the 13- and 14-year-old girls at Tech Trek will have made up to 10.

One app displays an interactive magic eight ball, another an interactive cowbell. One app allows users to draw on a screen and switch between different colors.

And lessons in computer hacking, coding, structural engineering and robotics? The 31 campers in Tillamook are up for the challenge.

This week, the American Association of University Women sponsored its fifth year of Tech Trek at Tillamook Bay Community College. The weeklong summer camp for girls going into eighth grade is designed to inspire them to pursue science, technology, engineering and math.

The association began Tech Trek camps in 1998 and now operates 22 camps around the country. The camp was created to combat the statistically low levels of women entering STEM professions compared to men.

“It’s so valuable for girls to explore these fields and for us to empower them,” Nadja Paulissen, a Neah-Kah-Nie High School biology teacher and a cybersecurity instructor at the camp, said. “I feel like the attitude that some of these fields are just for men is still really prevalent.”

All of the girls who attended this year’s camp are from the Oregon Coast, including Astoria, Warrenton, Seaside, Tillamook and Newport. To participate in the camp, the girls must be nominated by their middle school teachers and show an interest in science and math.

A study published by the American Association of University Women in 2015 found that girls start to lose interest in STEM classes and careers around middle-school age, which is why the Tech Trek camp focuses on eighth-grade girls.

“This is the age they start to lose confidence and start to think, ‘Is this a good fit for me?’” Emily Henry, the co-director of Tech Trek at the college, said. “We’re trying to build up that confidence and help them realize that they are actually really good at it and can continue on in it.”

Darby Doyle, who is from Astoria, said the camp has given her opportunities she wouldn’t be able to experience otherwise, like learning how to code and dissecting a squid. Both of Darby’s older sisters attended Tech Trek before her.

“I really like the opportunity … to see the different STEM field careers that are an option and learn more about what I can do,” she said.

Up until last year, Tillamook Bay was the only community college that held a Tech Trek camp, according to Kathy Gervasi, the camp’s student and family coordinator and a member of the association. Other Tech Trek camps take place in larger colleges and universities.

“We’re in such a small community,” Gervasi said. “We’re looking at these other camps that are at universities, that are big time. We’re very unique in that we’re small but we’re making a difference.”