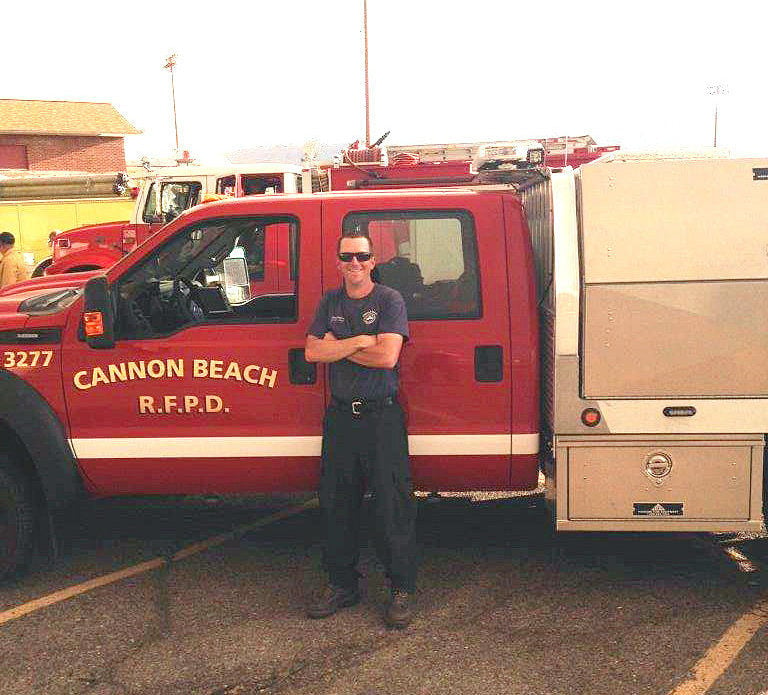 Capt. Matt Gardner next to the Cannon Beach fire truck in the staging area at the high school in Baker City. 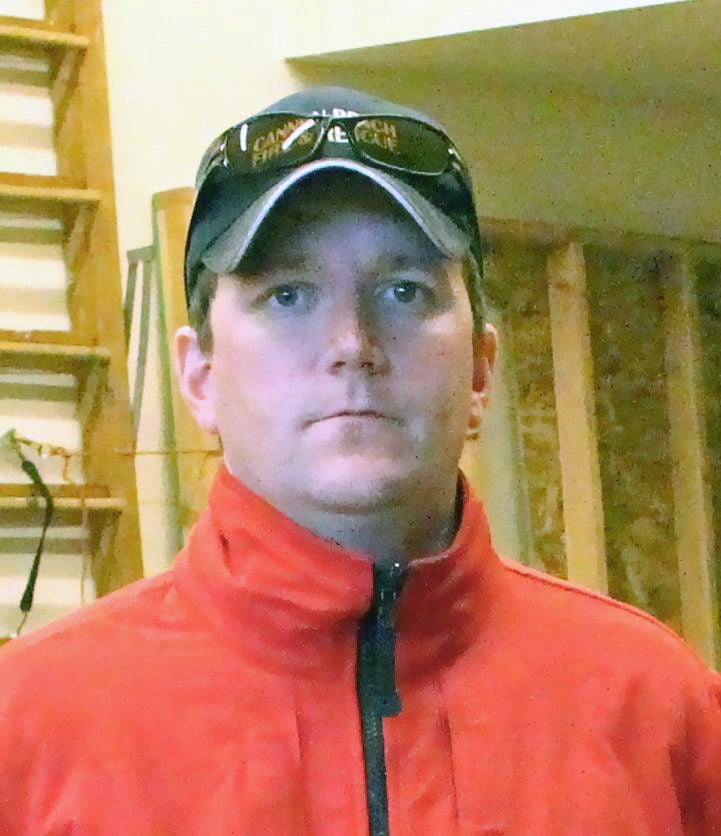 Capt. Matt Gardner next to the Cannon Beach fire truck in the staging area at the high school in Baker City.

Gardner, who was second in command at the fire department, said his decision was not influenced by the firing of former chief Mike Balzer and a recall election of fire board directors.

Gardner, who resigned in March, began work this week as plant operator for the Arch Cape Water and Sanitary District.

Other than the chief, Gardner was the department’s only paid, full-time staff member.

“The department is very supportive of Matt and we wish him the absolute best in his future effort,” Stearns said. “He left on very good terms. We would welcome him back.”

Stearns said Gardner was knowledgeable and familiar with the district, personnel, policies and procedures. “He was my resource, my go-to guy for everything.” Stearns said. “He will truly be missed.”

After starting as a volunteer, Gardner became a training officer in 2010, providing training for firefighters, community emergency response and surf rescue teams.

In 2014, Gardner and Police Chief Jason Schermerhorn were first at the hotel crime scene where a toddler lay dead and a second child savagely attacked. Their mother, Jessica Smith, was later charged with the crime.

Gardner took on daily operational tasks to help fill the void left when Balzer was fired in October.

In February, Gardner was given the Clatsop County’s High Angle Rescue Team Member of the Year award.

Schermerhorn said he was “very saddened” by Gardner’s resignation. “Capt. Gardner was a great partner between the Fire Department and the Police Department,” he said in a statement. “We consider him part of our law enforcement family. Matt helped me on so many different projects and is such a great asset for Cannon Beach. He was a very dedicated and self-sacrificing employee.”

Ballots must be submitted by 8 p.m. at any Clatsop County Elections site.

If Clyde, Smith and Beck-Sweeney prevail in the recall election, they will retain their positions as directors.

Should the vote call for a recall, the remaining board members would appoint new directors.