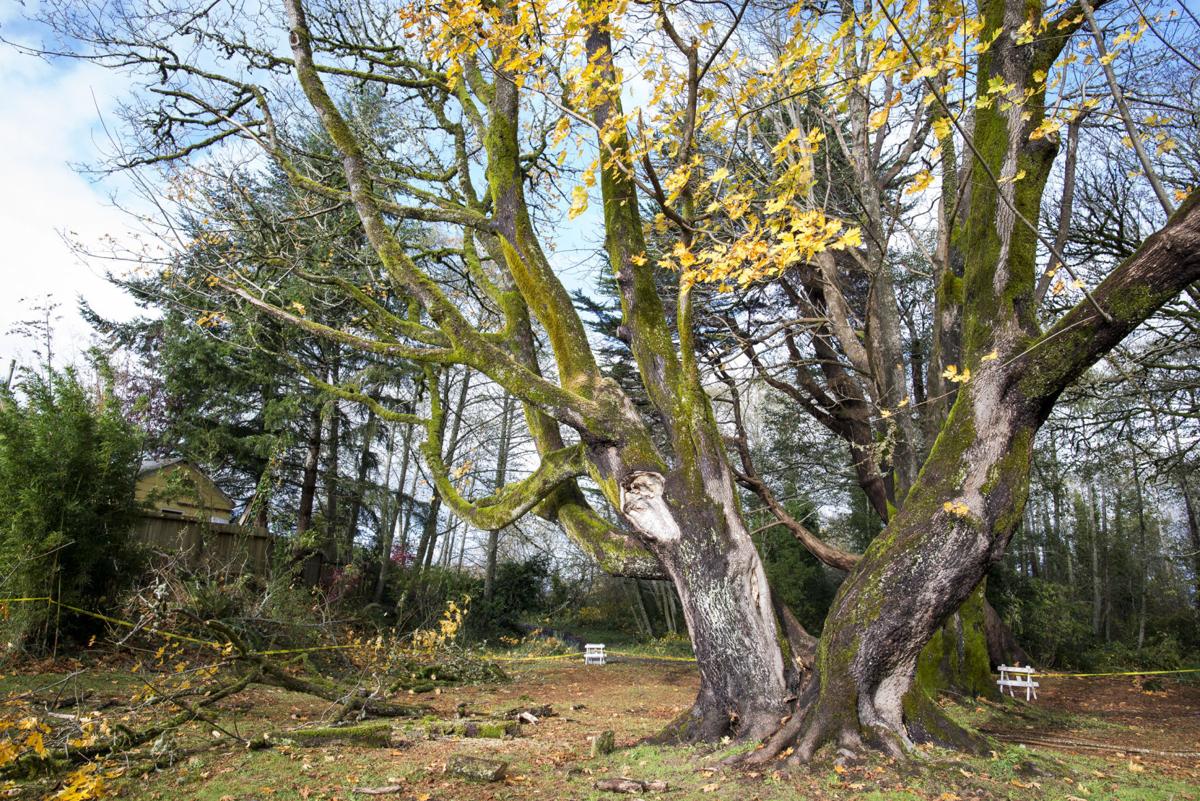 The city is trying to save a bigleaf maple tree in Violet LaPlante Park in Alderbrook. 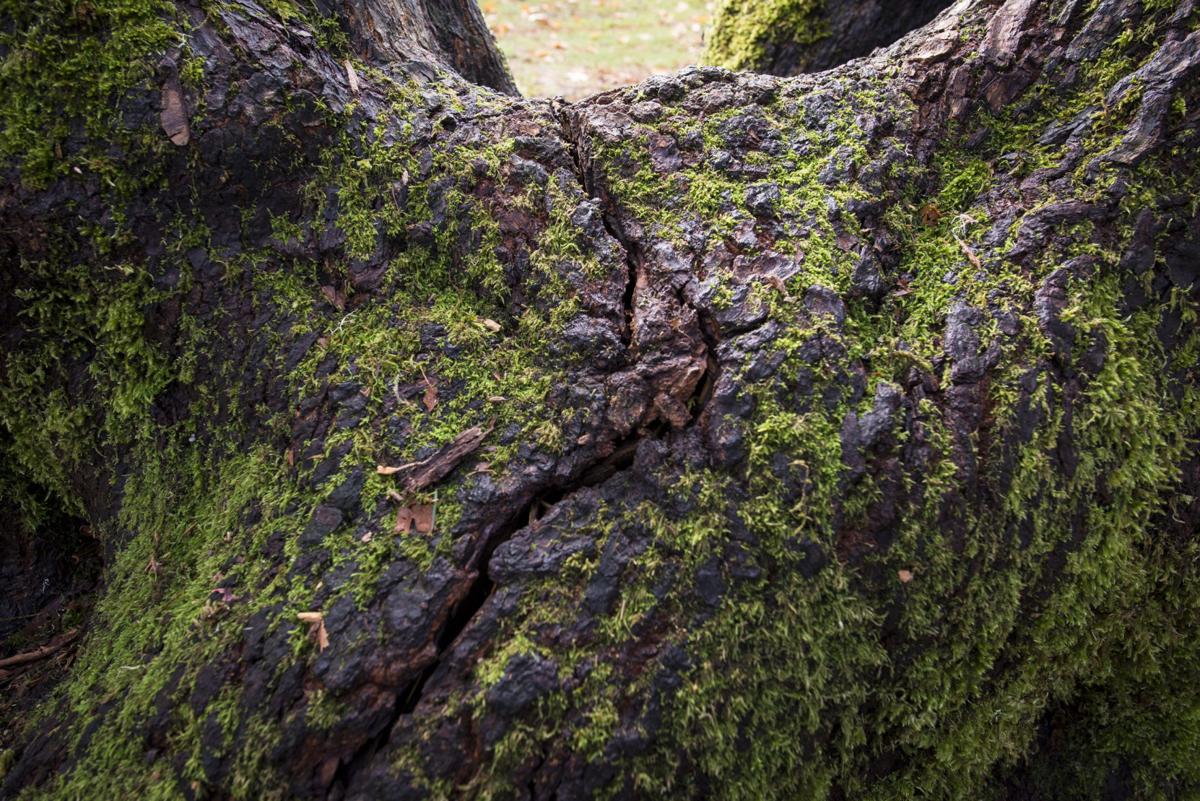 A crack in a bigleaf maple tree threatens parkgoers and a nearby home.

The city is trying to save a bigleaf maple tree in Violet LaPlante Park in Alderbrook.

A crack in a bigleaf maple tree threatens parkgoers and a nearby home.

A sprawling bigleaf maple that is the dominant feature of Violet LaPlante Park in Alderbrook is in a fight for its life.

A crack near the center of the tree’s dual trunk has become infected and weakened by fungus and rot, the city has found, a wound that could cause the tree to topple in high winds and threaten parkgoers and a nearby home.

The bigleaf maple, which stands about 75 feet tall and is an estimated 150 years old, has sentimental value in Alderbrook. The city’s Parks and Recreation Department puts the tree in a similar class as the distinctive Sitka spruce on the Cathedral Tree Trail at Coxcomb Hill and the large sycamore at McClure Park.

“So it’s a historic tree and it’s got kind of a neighborhood significance,” said Jonah Dart-McLean, the parks maintenance supervisor at the Parks and Recreation Department. “There’s been multiple generations of people that have benefited by the tree.”

A resident discovered the crack and informed the city on Wednesday. Strong winds and heavy rain have swept through Astoria over the past several days, but the city suspects the storms exacerbated, but did not cause, the crack.

After consulting with arborists, the city is thinking about binding the tree’s bifurcated trunk with cable and trimming the upper limbs, which could stabilize the tree and extend its life for another five to 10 years.

Branches were removed on Thursday to reduce weight and stress on the trunk. The city closed the area around the tree as a warning to parkgoers.

Normally, the city would simply cut down a hazardous tree and grind the stump. But the city will try to save the bigleaf maple.

Jessica Schleif, who serves on the Parks and Recreation Board, hopes the city will eventually catalog important and historic trees. “I think that we’re at that point where Parks and Rec is really starting to look at the trees in the park as a valuable asset and an important part of our community,” she said.

Even old and ailing trees, like people, Schleif said, have something to offer, “and these old trees are really special to us in this community.”

If the bigleaf maple does fall, the tree could cause damage to a house on 45th Street next to the park.

Jennifer Benoit, a communications coordinator for the Parks and Recreation Department and the daughter-in-law of Paul Benoit, a former city manager, lives in the house with her family.

“It’s so hard because it’s such a beautiful tree,” she said. “My kids have had pictures taken in it, and my husband grew up in that house, and he’s got pictures of himself and his brothers in the tree. It would just be devastating to see it go down.”

“But it also would be devastating to have it damage property or people using the park.”