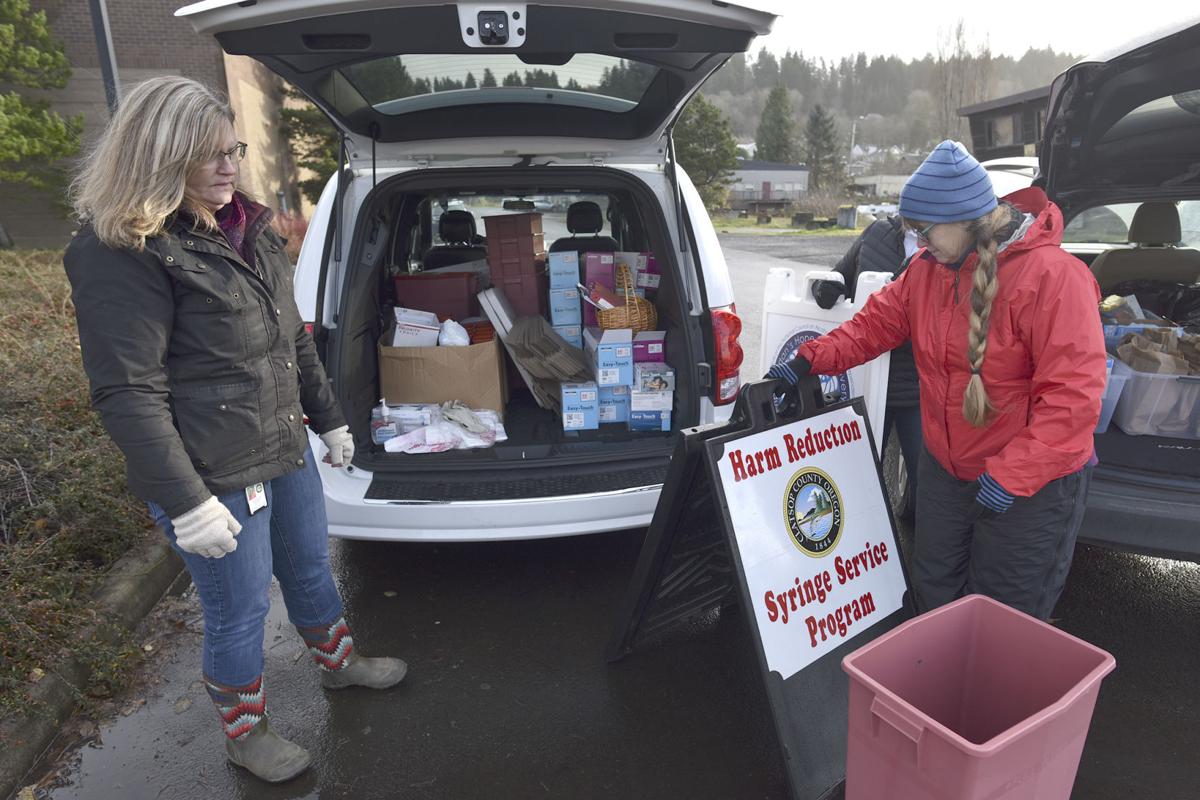 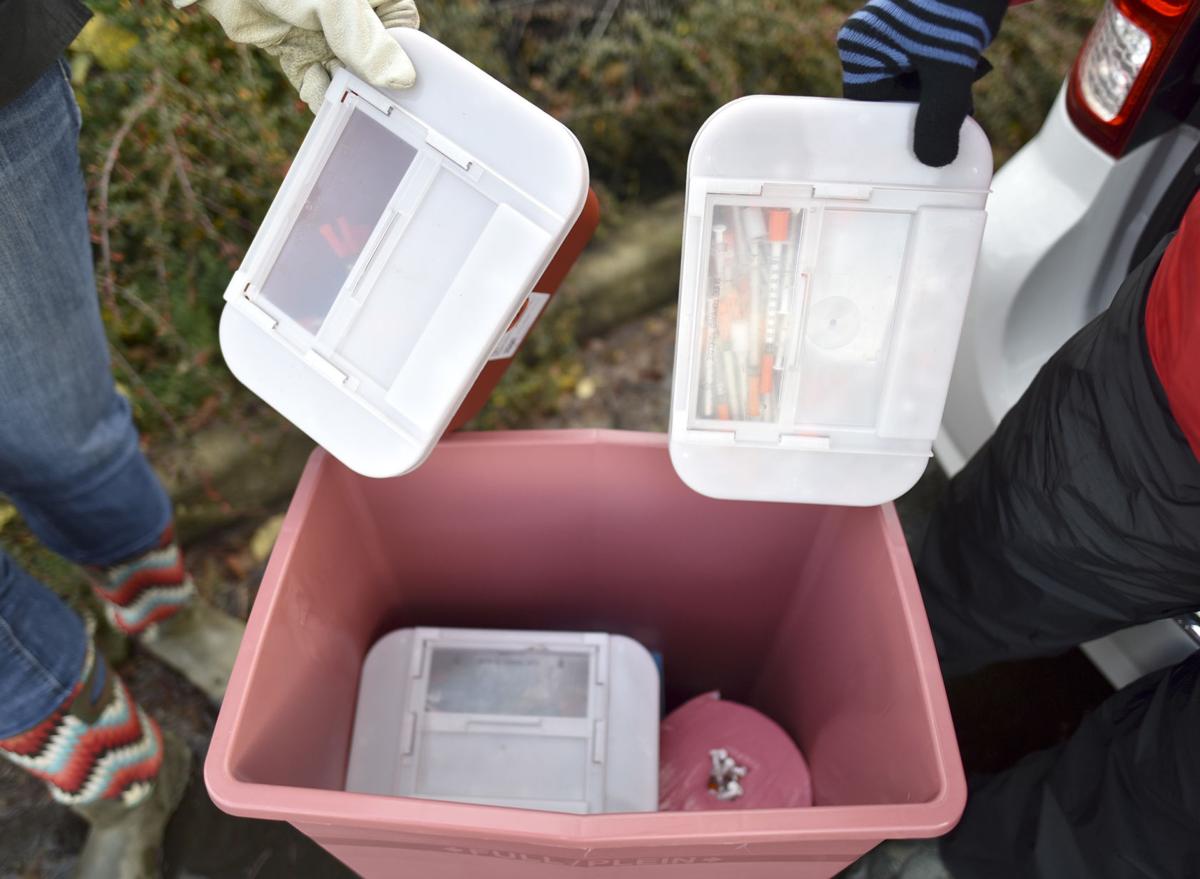 Clean syringes are available and used ones can be disposed of at the needle exchange. 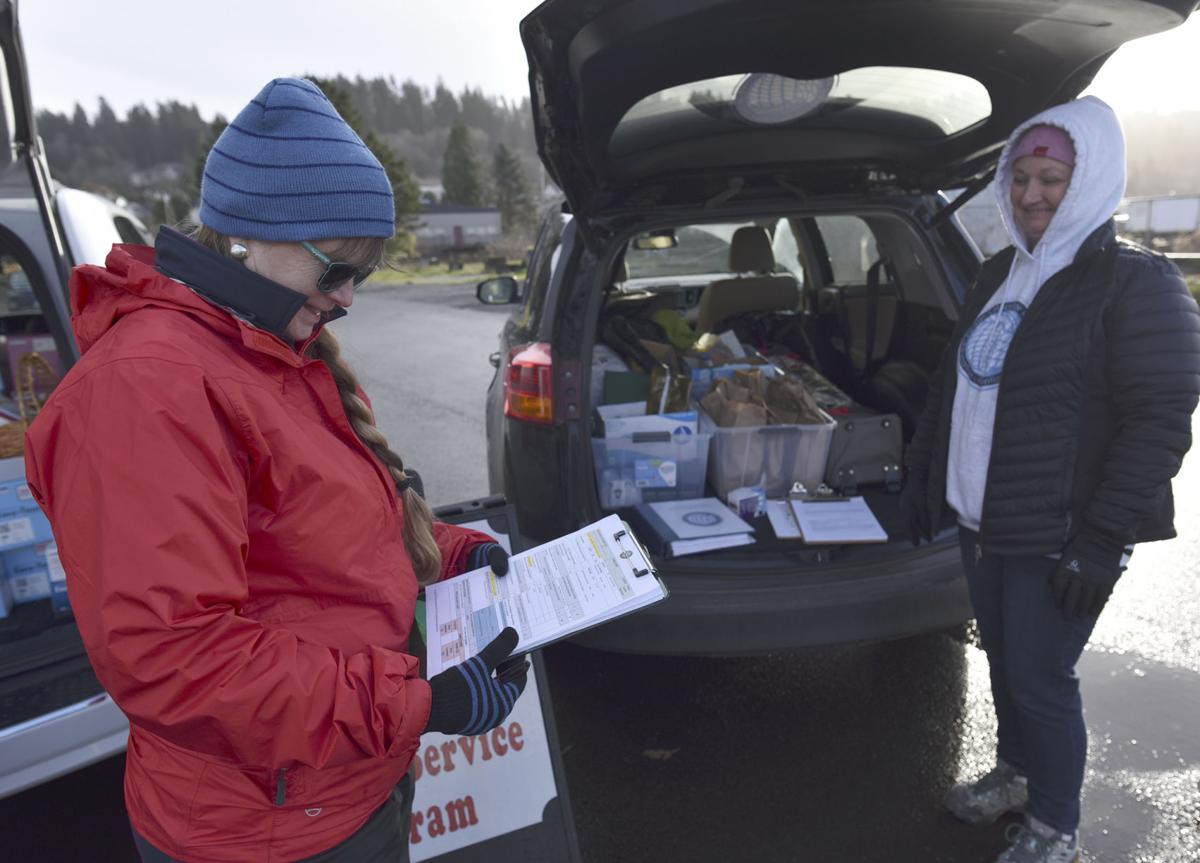 Nancy Mazzarella-Tisch, left, and Kerry Strickland wait for people to arrive at the needle exchange. 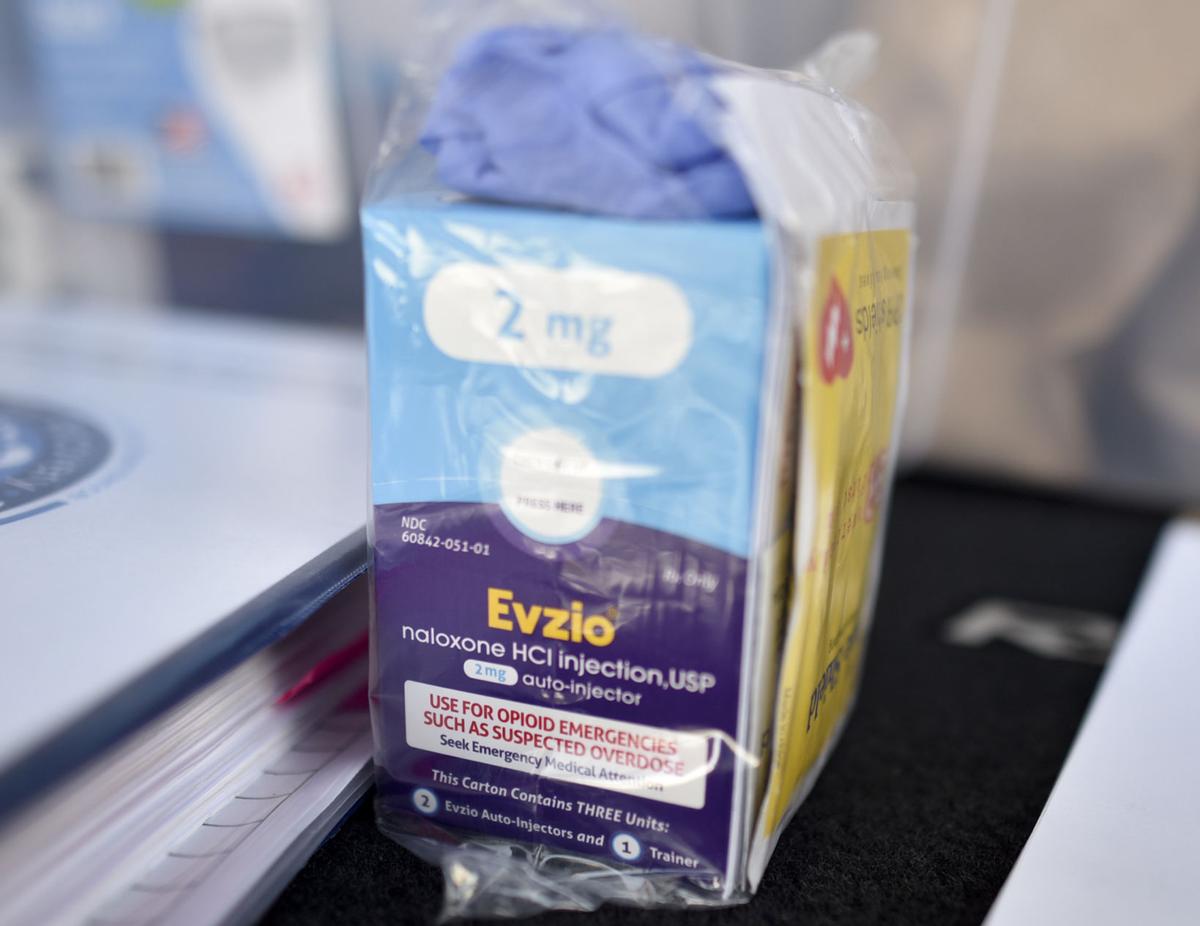 Naloxone, a medication used to treat opioid overdoses, is also available through the exchange.

After more than a year, Clatsop County’s needle exchange has opened some eyes.

Since October 2017, county public health officials — along with a representative from Jordan’s Hope for Recovery — have handed out 210,000 syringes and collected 213,000. They have encountered 415 participants and provided 265 naloxone kits to treat drug overdoses.

The number administrators tout the most, though, is 35. That figure accounts for overdose reversals reported from the program’s naloxone training and handouts.

“I said to the (Clatsop County commission) about expectations, again, if we saved one life we did our job,” county Public Health Director Michael McNickle said. “I would say it’s an incredible success, and it needs to continue.”

The outreach has also shed light on the scope of the county’s opioid problem. The majority of people who use the program say they are not homeless and have health insurance.

The drug of choice for most is heroin, followed by methamphetamine. McNickle said he has seen a number of people, in business attire, drive up to the exchange.

“I suffered, myself, from a lack of knowledge about what a drug user appears to be,” he said. “It’s just that my perception needs to change about what the drug culture looks like.”

Kerry Strickland, the founder of Jordan’s Hope for Recovery, spoke to county commissioners in November about the program. She said most intravenous drug users would rather not be taking drugs but are scared about recovery and the unfamiliar life that follows, which often involves interacting with different people than they’ve known.

“These are people who are sick, and they’re just taking these drugs, at this point in their lives, to feel, you know, to be able to cope through the day, to get up in the morning, to not be so sick,” Strickland said. “It’s really hard to watch the struggle, but there are these days where we get these hugs and there’s that willingness you can see is there.”

Weekly exchanges take place in Astoria, Warrenton and Seaside. The program has received $225,500 in funding from the state, Friends of Columbia Community Health, Columbia Pacific Coordinated Care Organization and Multnomah County. McNickle told commissioners in November that he would likely ask them for funding next year.

The health department is working to secure detox beds to help people attempting to recover from drug abuse. In the coming months, the department will also work with Tillamook, Pacific and Columbia counties on needle exchange programs.

“I think that’s the next iteration, is making it a regional effort rather than us being the only ones who do it on the North Coast,” McNickle said.

The endgame is to significantly curb the region’s opioid abuse.

“The ultimate goal is to get people more treatment and off drugs as much as we can,” McNickle said. “The goal really is to make it so people know it isn’t a moral failing, but it really is a disease.”

Jack Heffernan is a former reporter for The Astorian.

I think ANY harm reduction program is a step in the right direction. No matter how you personally feel about drug addiction, i think everyone can see the opiate epidemic is taking far too many lives...
I'm proof we can recover, though. For me the first step was harm reduction too. It took a couple times to get it "right"
But here i am, SEVEN YEARS NOW.
I hope they can get more funding. I'd donate if they started a fundraiser.
We do recover!