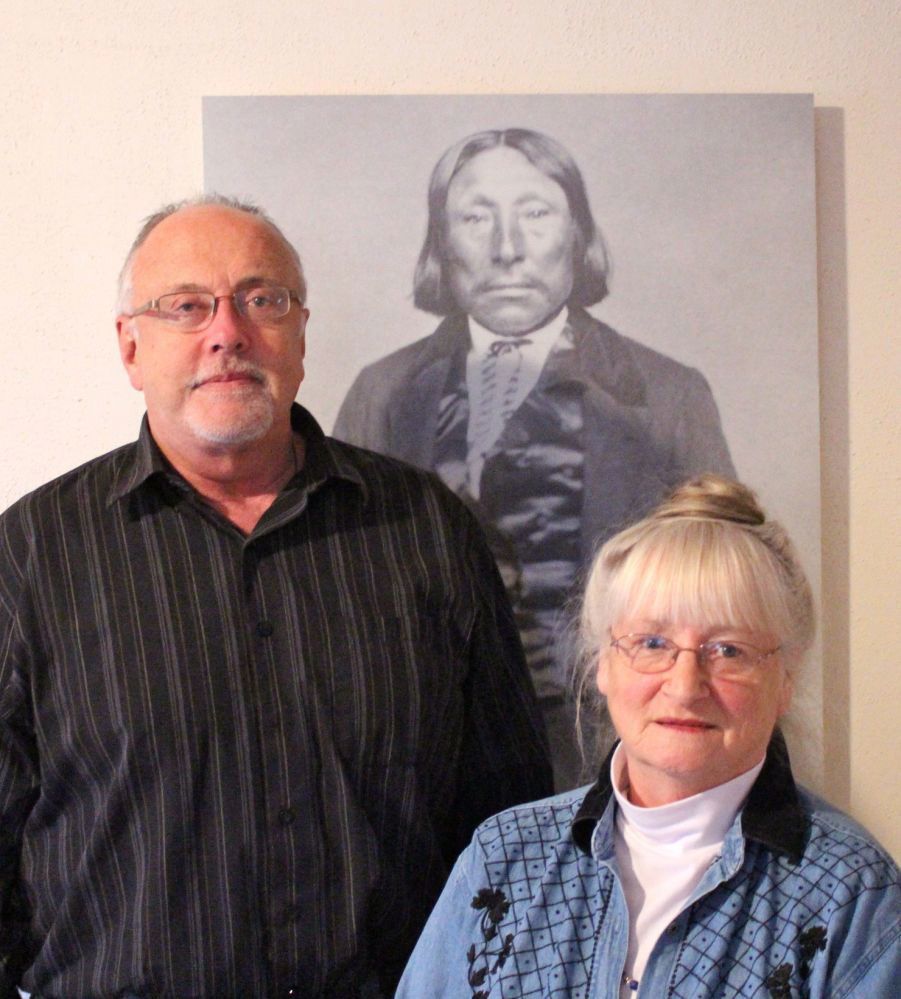 Dick Basch, vice chairman of the Clatsop-Nehalem tribal council, and Diane Collier, council chairwoman, stand in front of a picture of Chief Tostum, who was once chief of the Clatsops and was Collier's great-great-grandfather. 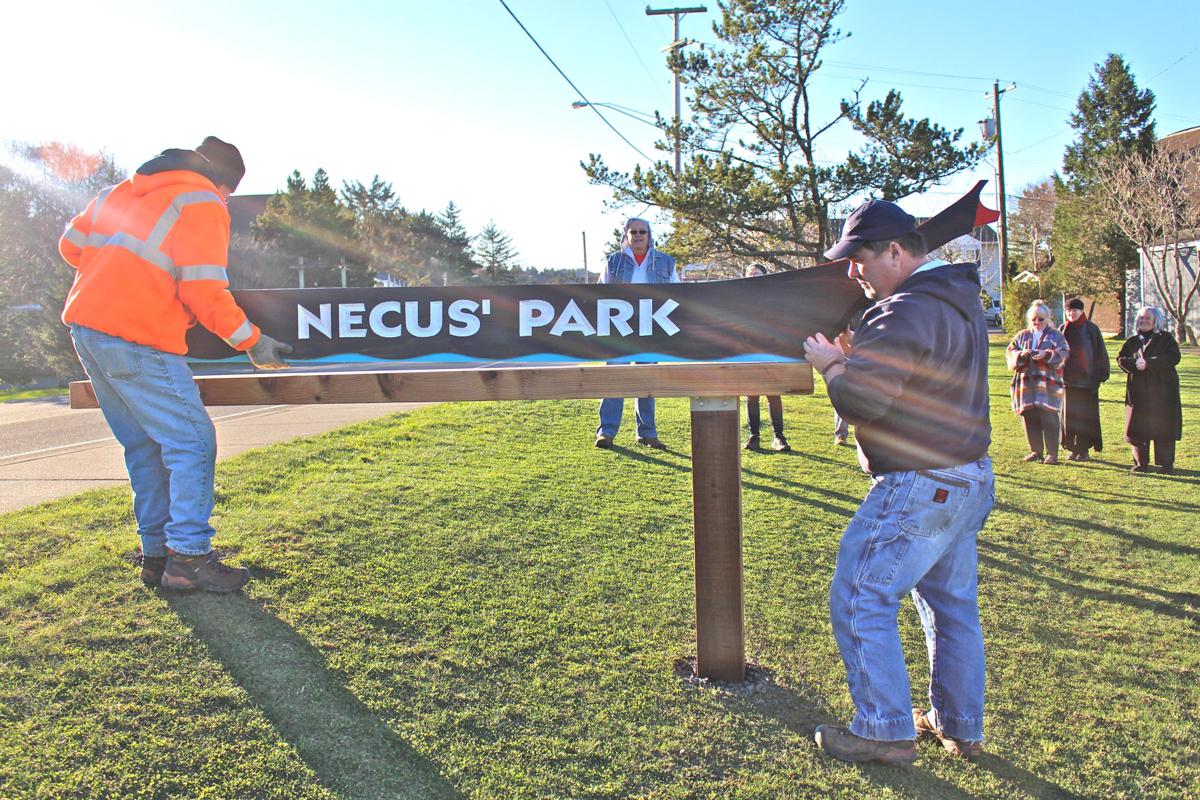 Dick Basch, vice chairman of the Clatsop-Nehalem tribal council, and Diane Collier, council chairwoman, stand in front of a picture of Chief Tostum, who was once chief of the Clatsops and was Collier's great-great-grandfather.

A resolution to restore federal recognition of the Clatsop-Nehalem Confederated Tribes is making its way through the U.S. Congress for a second time.

U.S. Rep. Suzanne Bonamici, D-Ore., introduced the legislation, known as House Resolution 3736, or the Clatsop-Nehalem Restoration Act on Oct. 9. It was assigned to the House Natural Resources Committee and is expected to go to a subcommittee.

Bonamici introduced a similar resolution last year, but it died in the subcommittee on Indian, Insular and Alaska Native Affairs.

Diane Collier, chairwoman of the confederated tribes, and Richard Basch, vice chairman, said they are optimistic that the resolution will go through the process this year.

“We were pretty disappointed, but we thought we learned a lot,” Basch said of last year’s effort. “We’re more organized now. It just feels right. It just feels like the time is here.”

Federal recognition of the Clatsop-Nehalem Tribes of Oregon was terminated in 1954 when Congress passed the Western Oregon Indian Termination Act. More than 100 tribes throughout the U.S. lost federal recognition at the time.

Bonamici said that restoring federal recognition for the Clatsop-Nehalem Confederated Tribes would “grant this tribe important federal rights and benefits.”

She warned, however that the “legislative process takes a long time, and tribal recognition bills can take several sessions to move through the process. I have been communicating about this bill with the natural resources committee, the Bureau of Indian Affairs and stakeholders, and I am dedicated to continuing to advocate for this legislation and the Clatsop-Nehalem Confederated Tribes.”

The bill has no co-sponsors.

Federal recognition would give the 182 members of the Clatsop-Nehalem tribe more opportunities for funding through federal grants to improve the members’ health and education, as well as economic development projects in Clatsop County, Basch said. In addition, the federally recognized tribe would be able to play a bigger role in protecting the local environment.

“Our voice would be much louder about concerns we have about development and protection,” Basch said.

Among the projects Basch and Collier hope to pursue, once the tribe is officially recognized, is the NeCus’ cultural center at the site of the former Cannon Beach Elementary School. The area, bordering Ecola Creek, once was the location of a Clatsop-Nehalem village.

The tribe worked with the city of Cannon Beach to develop NeCus’ Park where the school’s playground once was, but the property where the school building and the gymnasium stand is owned by the Seaside School District. So far, the city and school district have not agreed on a sales price for the land.

Federal recognition also would give the tribes the right to request the return of the remains of more than 200 Clatsop-Nehalem members held by museums, mostly in Washington, D.C., Basch said.

The Native American Grave and Repatriation Act, which would allow the tribes to make the request, is “predominantly for federally recognized tribes,” Basch said. “That’s a biggie.”

The act would not restore hunting, fishing or trapping rights, alter any property rights or allow for land to be held in trust for the tribe’s use in Tillamook County. The Clatsop-Nehalem tribe has already promised it would not build a casino.

Opposing the Clatsop-Nehalem Restoration Act is the Chinook Indian Nation, which, in a statement sent to KAST Radio, called the effort “wholly unacceptable.”

The statement said the “so-called ‘Clatsop-Nehalem Confederated Tribes’ are setting themselves up to become a recognized tribe at the expense of the much larger and older Chinook Indian Nation where the vast majority of Clatsop people are enrolled and continue their centuries-old fight. More than 25 percent of the 3,000 members of the Chinook Indian Nation are of Clatsop descent.”

The statement claims that the Clatsop-Nehalem Confederated Tribe was organized in 2000 in conjunction with the Lewis and Clark Bicentennial. It notes that the tribe’s members are those who recently returned to the area and others who originally were enrolled as members of the Chinook tribe.

The Chinook Indian Nation consists of the Clatsop and Kathlamet tribes of Oregon and the Lower Chinook, Wahkiakum and Willapa tribes of modern Washington, according to the Chinook statement. It also represents neighboring tribes including the Nehalem, Tillamook, Chehalis, Satsop and Cowlitz.

During the Clinton administration in 2001, the Chinook Indian Nation achieved federal recognition after seeking it for 19 years. However, the Bush administration reversed the decision 18 months later.

When asked about the Chinook Nation’s opposition, Basch pointed to a new section of the proposed resolution that says that nothing in the act “establishes a precedent” or will be “construed to affect any decision or other action related to restoration or recognition of any Indian tribe other than the Clatsop-Nehalem Confederated Tribes of Oregon.”

Collier said the Clatsop-Nehalem Tribe supports the Chinook Nation’s efforts to also be federally recognized. “What was taken away should not have been taken away,” she said.

But, Basch added, HR 3736 is solely about the Clatsop-Nehalem tribe.

“Recognition will give people a place to come to,” Basch said.

“We feel strongly that this is about us,” he added. “It’s about justice and about us.”