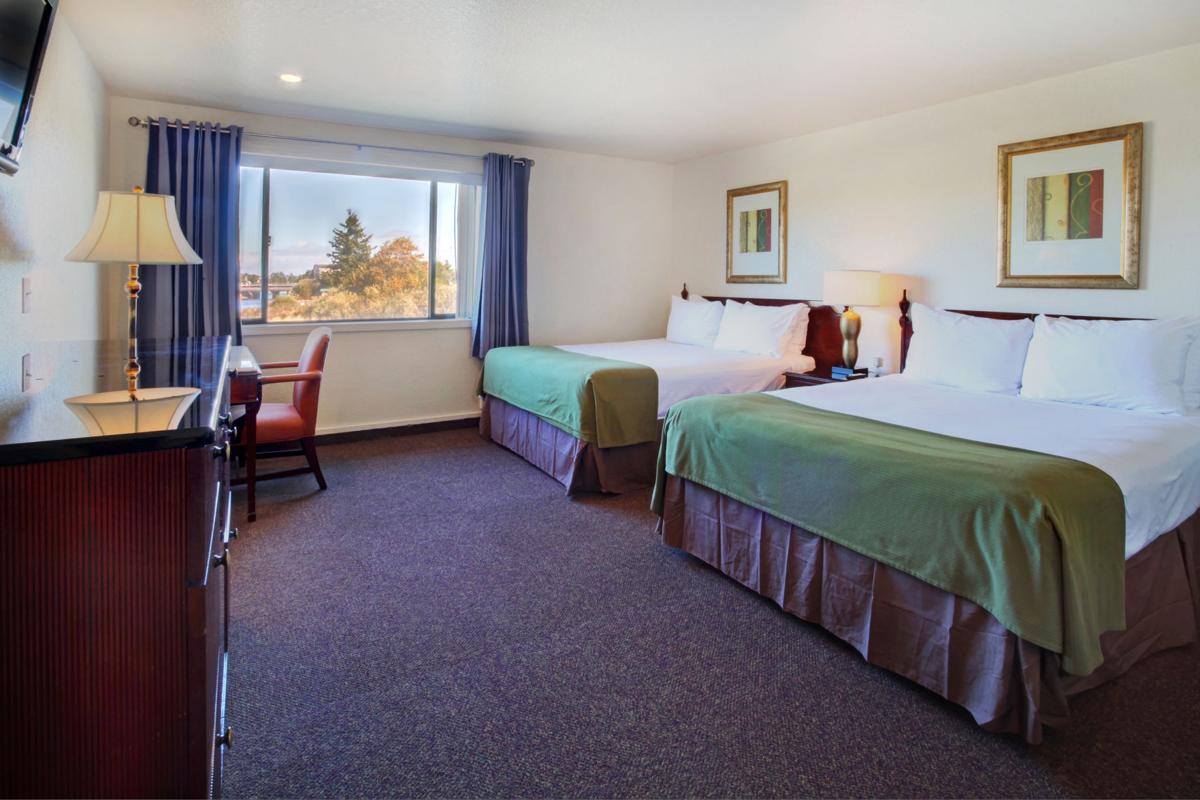 The interior of the 42-bedroom Coast River Inn was remodeled in addition to the exterior. The rooms received new furniture, appliances, bed and bedding. 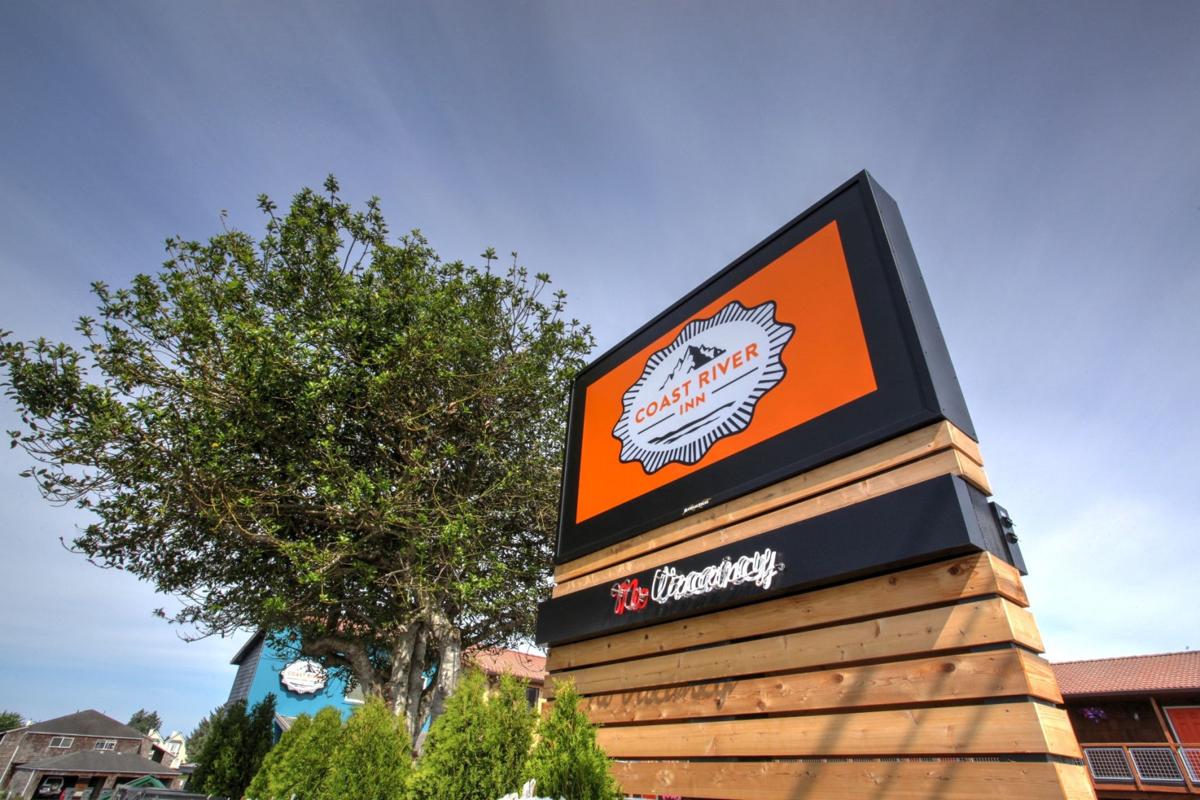 The Coast River Inn, the latest acquisition by Seaside Lodging, was recently given a makeover, complete with a new logo. 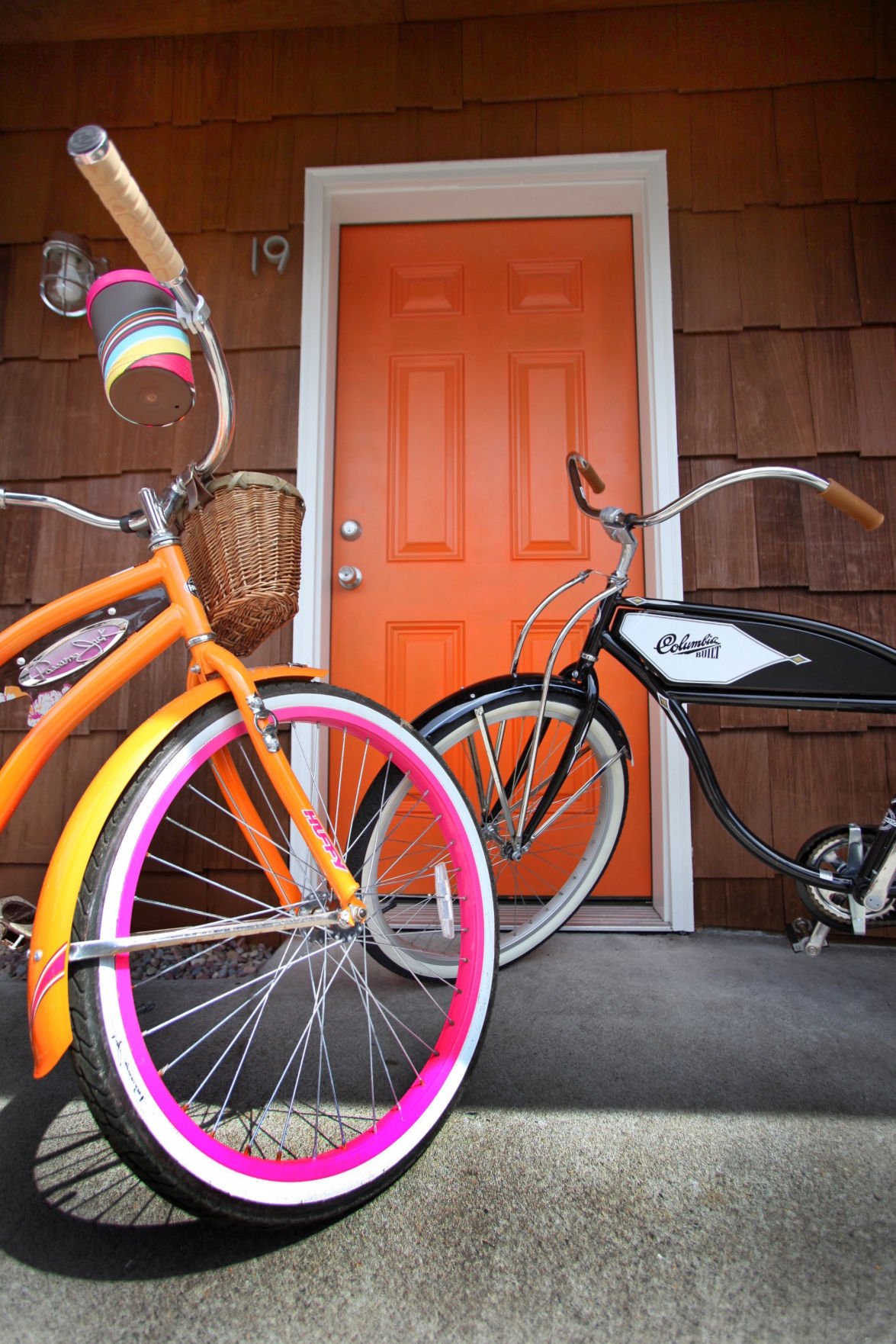 The Coast River Inn offers a bike service, which gives guests use of the bikes for an hour for free. 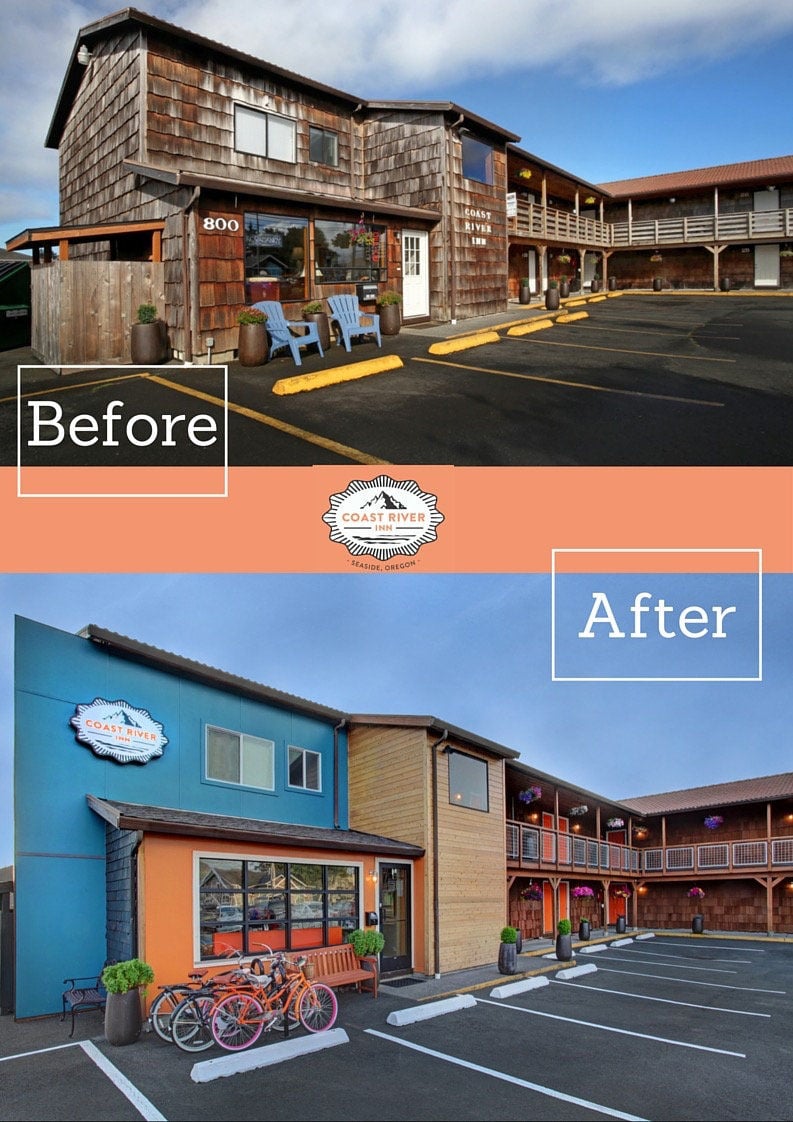 This image from Seaside Lodging compares the Coast River Inn before its renovation, started last fall, and after.

The interior of the 42-bedroom Coast River Inn was remodeled in addition to the exterior. The rooms received new furniture, appliances, bed and bedding.

The Coast River Inn, the latest acquisition by Seaside Lodging, was recently given a makeover, complete with a new logo.

The Coast River Inn offers a bike service, which gives guests use of the bikes for an hour for free.

This image from Seaside Lodging compares the Coast River Inn before its renovation, started last fall, and after.

SEASIDE — Here’s one boutique hotel geared to be affordable.

Khan was first offered the properties about three years ago. He declined but changed his mind after recognizing potential in the lodging facilities, which were not receiving adequate use or attention.

“One day I thought, ‘Maybe I’ll take this and see what happens,’” he said, adding he hoped to improve the buildings’ aesthetics to appeal to travelers along Holladay, a main thoroughfare in Seaside. “This is a property you can see right away.”

The Coast River Inn recently underwent an approximately $400,000 exterior and interior face-lift after being acquired by Seaside Lodging. The renovation began last fall, as the tourist season began to wane. Khan did not want the project to interrupt summer business, he said. Even then, the renovation focused on one building first, followed by the other, so the hotel could continue functioning throughout the remodel.

“We didn’t actually shut down the whole hotel,” Khan said.

About 80 percent of the renovation was completed by March, with just a few custom-made orders outstanding.

While most of the renovation took place on the exterior of the buildings, some interior updates included new furniture, appliances and bedding, along with the installation of complimentary high-speed wireless internet.

On the outside, the buildings received new cedar staining, lighting and signage. A sidewalk was installed to connect the former River View Inn to the original Coast River Inn building. The hotel was given a new logo and orange color scheme, which was incorporated into the landscaping.

Guests wanting to tour Seaside can use the hotel’s new complimentary bike rental service. Management initially purchased two bikes, unsure how the service would be received. Before long, they were compelled to increase the stock from two to seven to meet demand.

“Guests like to explore Seaside” on the bicycles, said Kaarina Vera, the sales, marketing and revenue manager.

With the addition of the Coast River Inn, Seaside Lodging’s portfolio of independent hotels grew to four, including the Inn at Seaside, the River Inn at Seaside and the City Center Motel. Each lodging facility is targeted toward a different market segment, from economy to upper midscale.

With a fairly central location but few amenities, such as a swimming pool or complimentary breakfast, Khan said the Coast River Inn appeals to a younger, modern crowd looking for something new in Seaside that is reasonably priced for the market.

“They’re getting good rooms,” Khan added. “It’s not too crowded and it’s quiet.”

Under new management and with the renovation, the Coast River Inn’s rating among Seaside hotels has steadily increased during the past six months. While it formerly sat near the bottom, it was ranked No. 10 on TripAdvisor recently, although the ratings can frequently fluctuate.

Under Seaside Lodging’s ownership, the property has increased employment with the addition of eight to 10 full-time employees. While previously the properties housed longer-term tenants for weeks or months at a time, the Coast River Inn now focuses on the more traditional hotel model of guests staying only a few days, which contributes a significant lodging tax increase to the city. Now that the renovation is finished, Khan said, “we are expecting higher occupancy next year.”