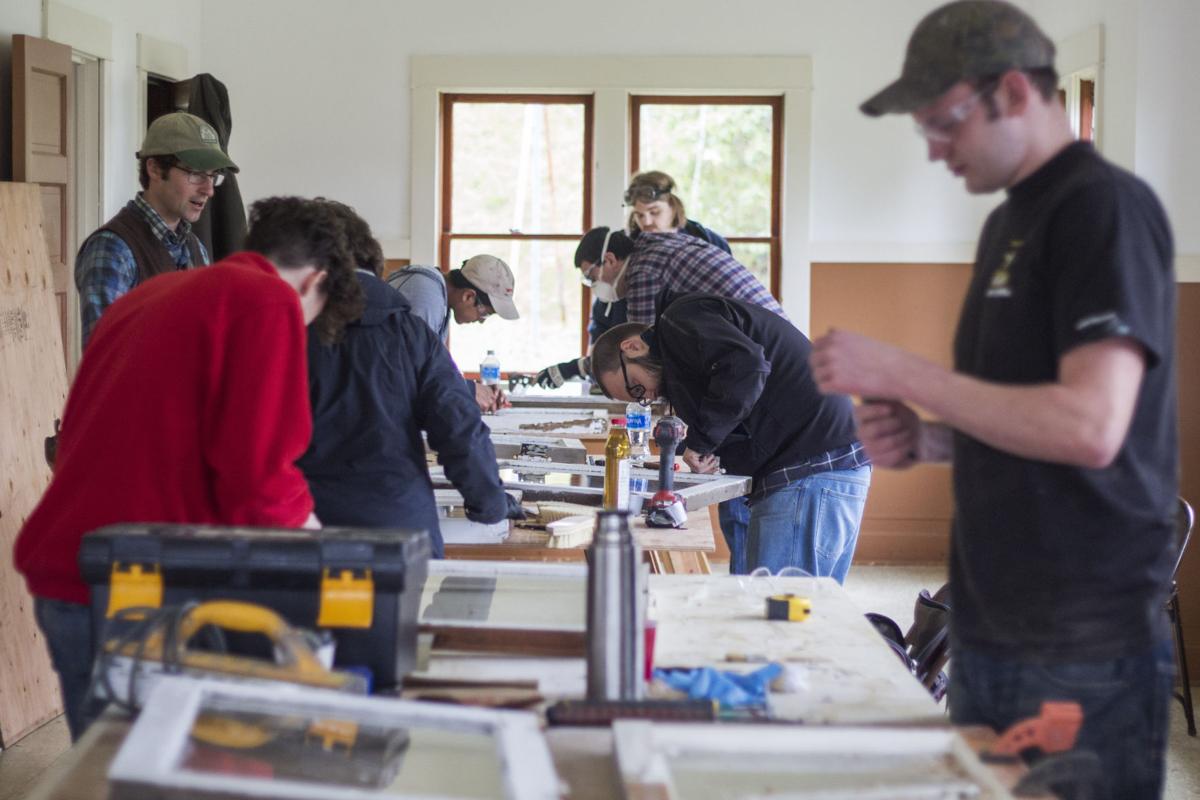 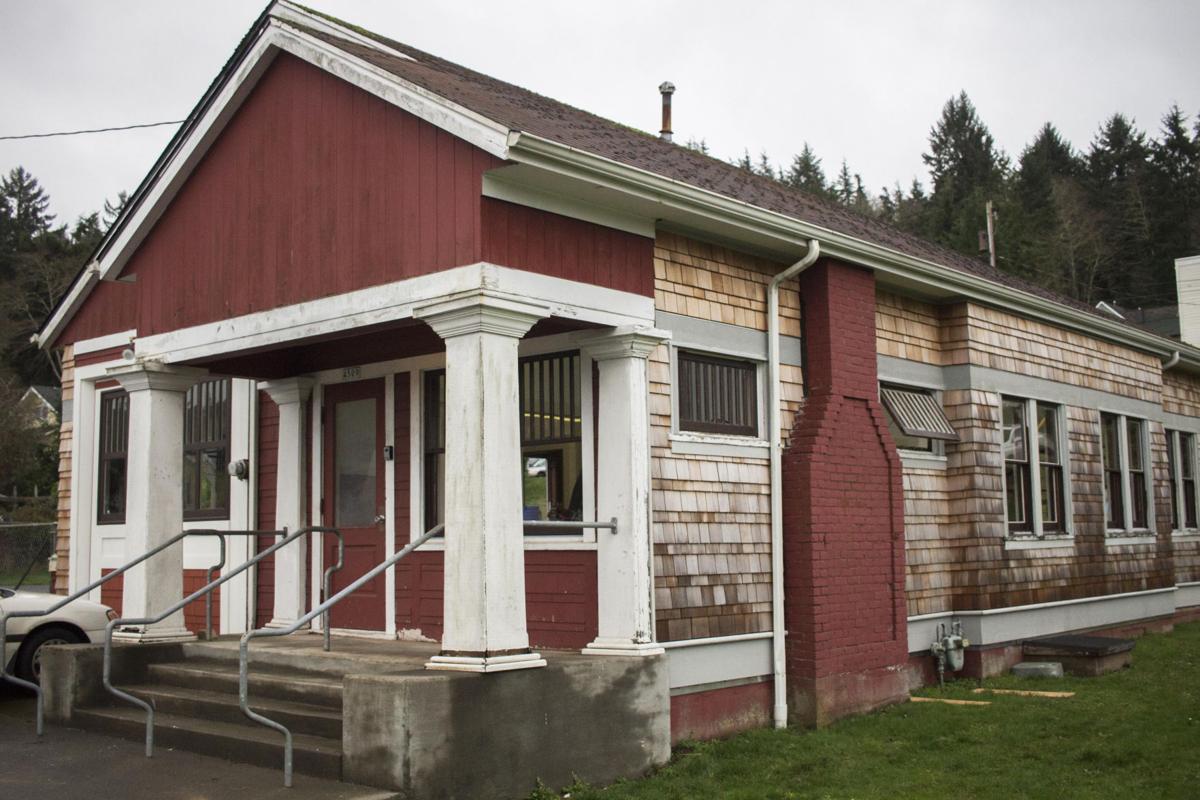 Clatsop Community College's Historic Preservation and Restoration Program has been restoring the historic Alderbrook Hall since 2016, including the removal of plywood siding to the historic shingles. 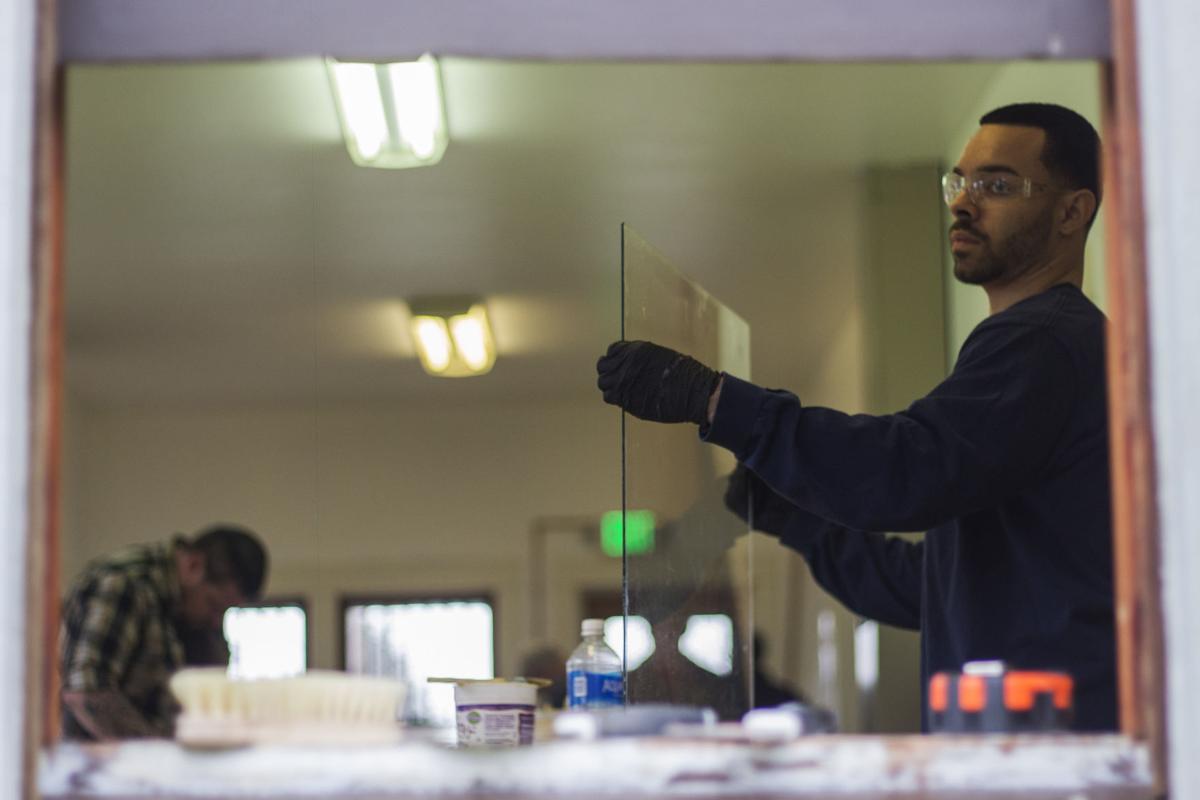 Richie Velasquez travels about 200 miles a day, three times a week, between Newberg and Astoria to take courses and workshops at Clatsop Community College. 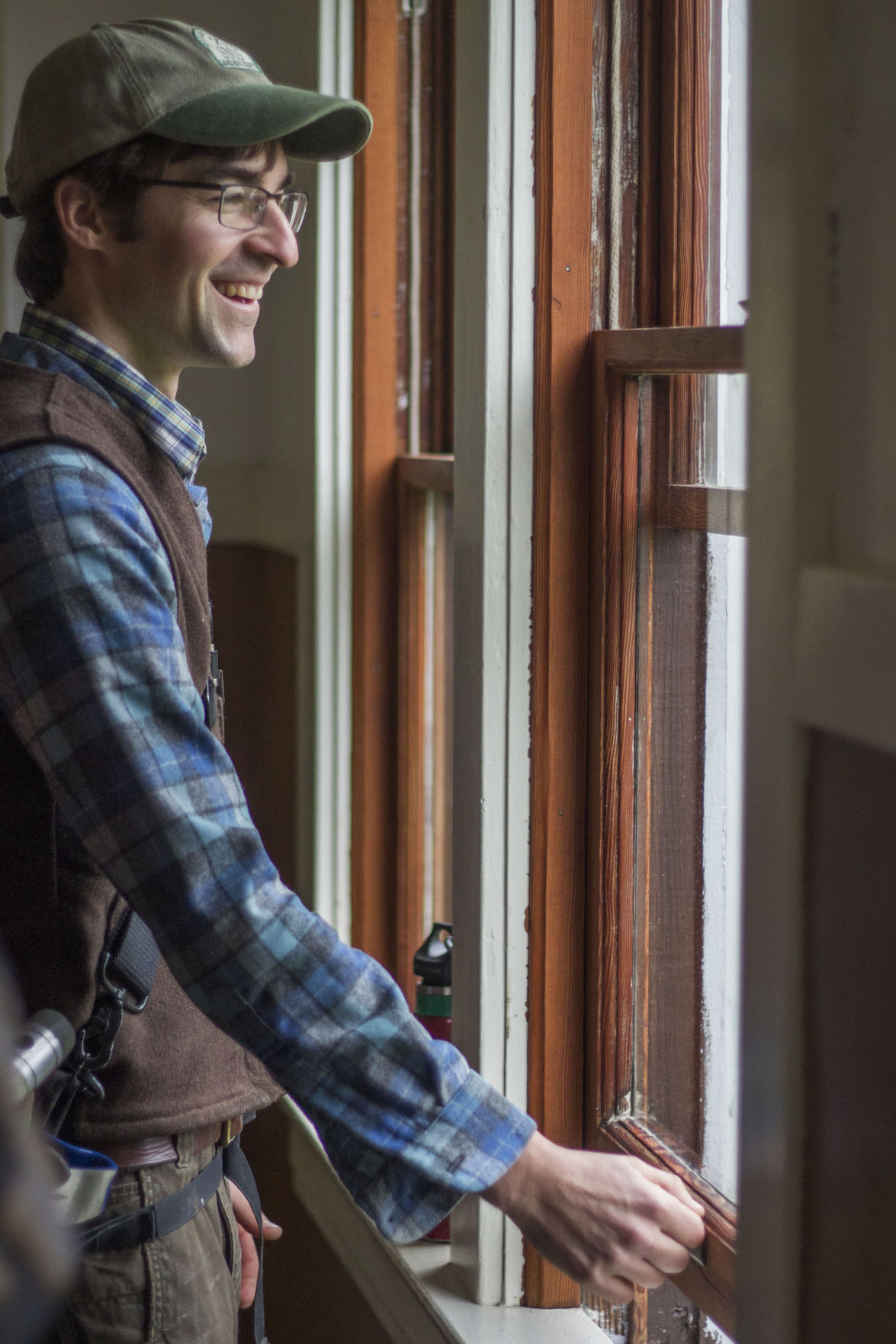 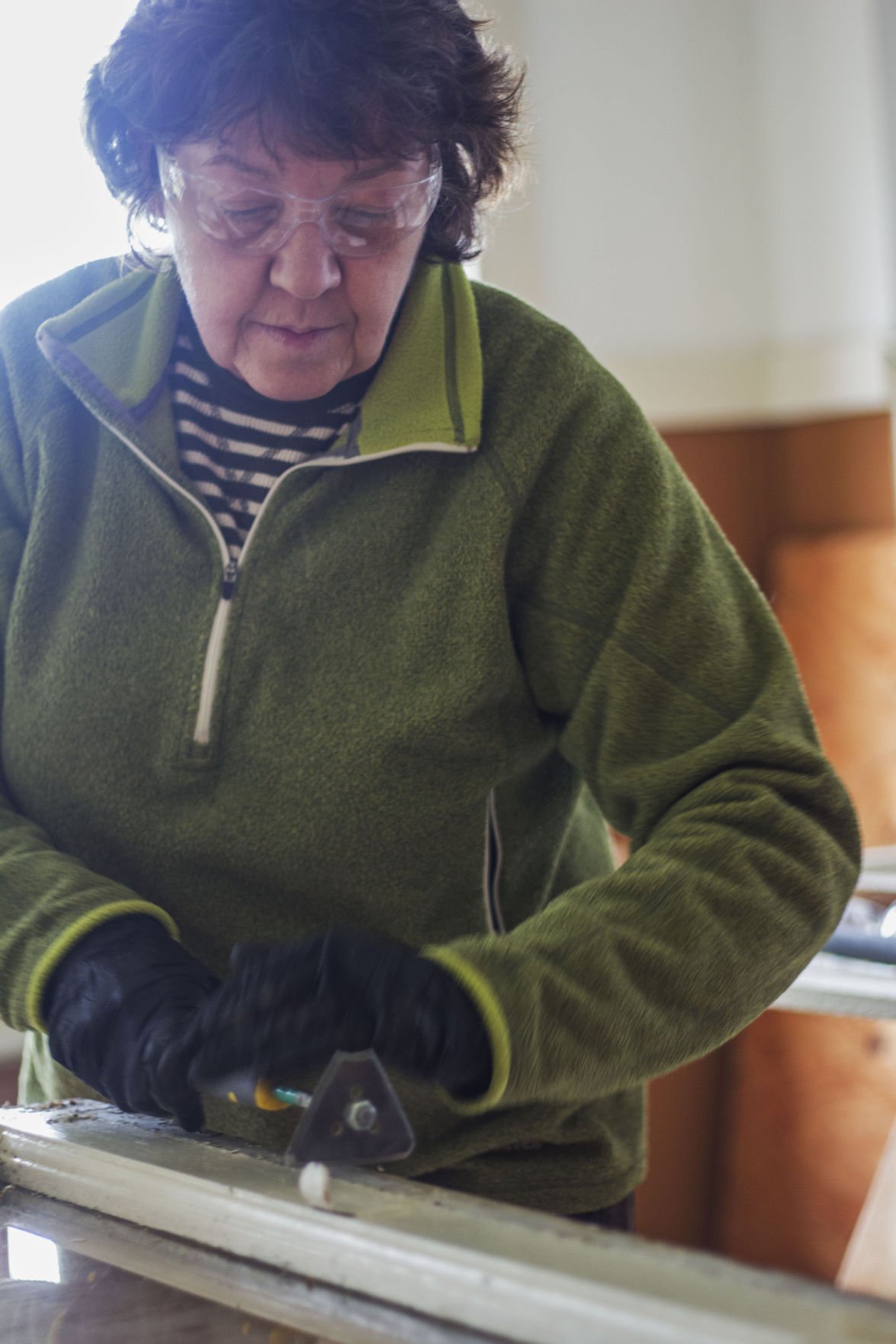 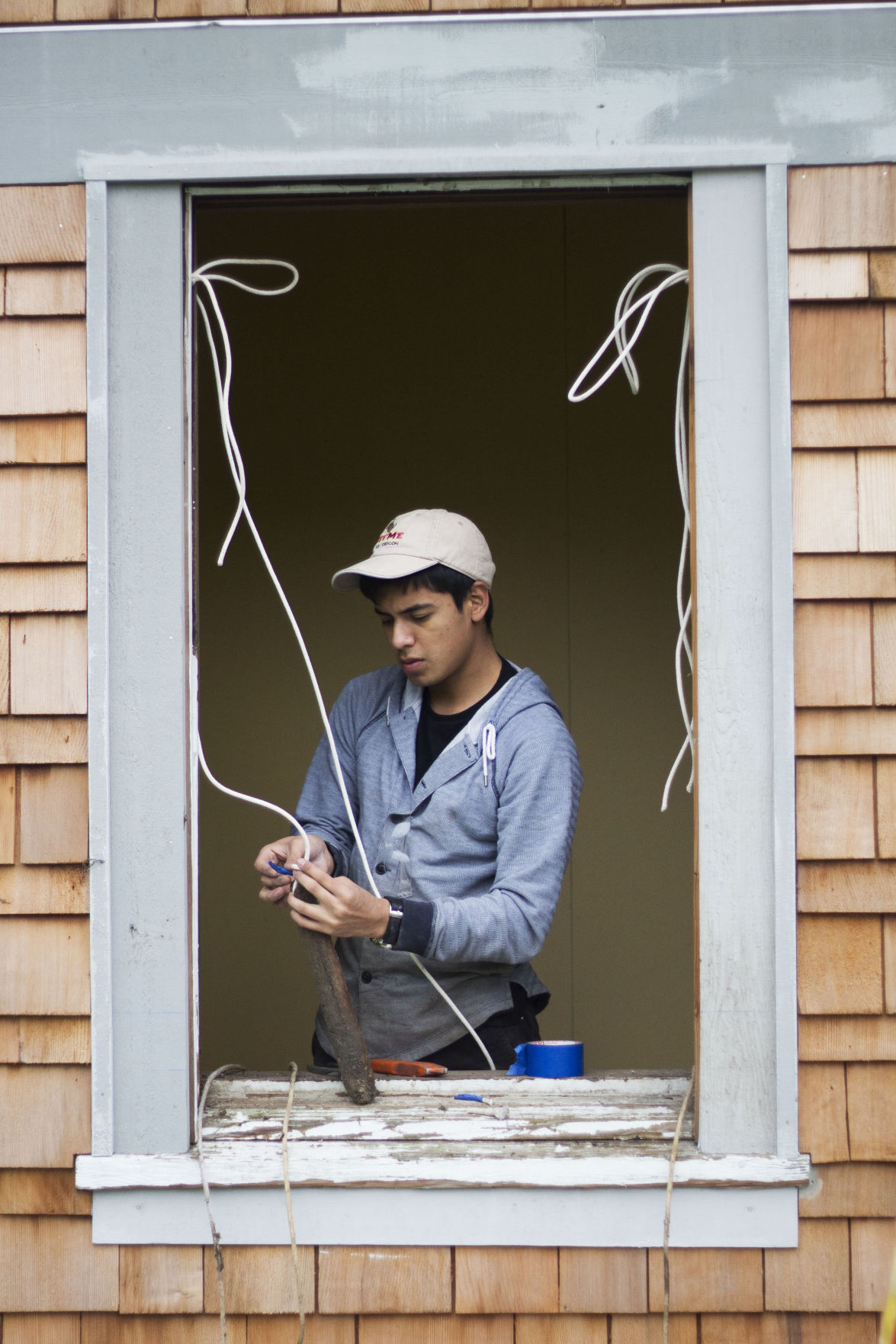 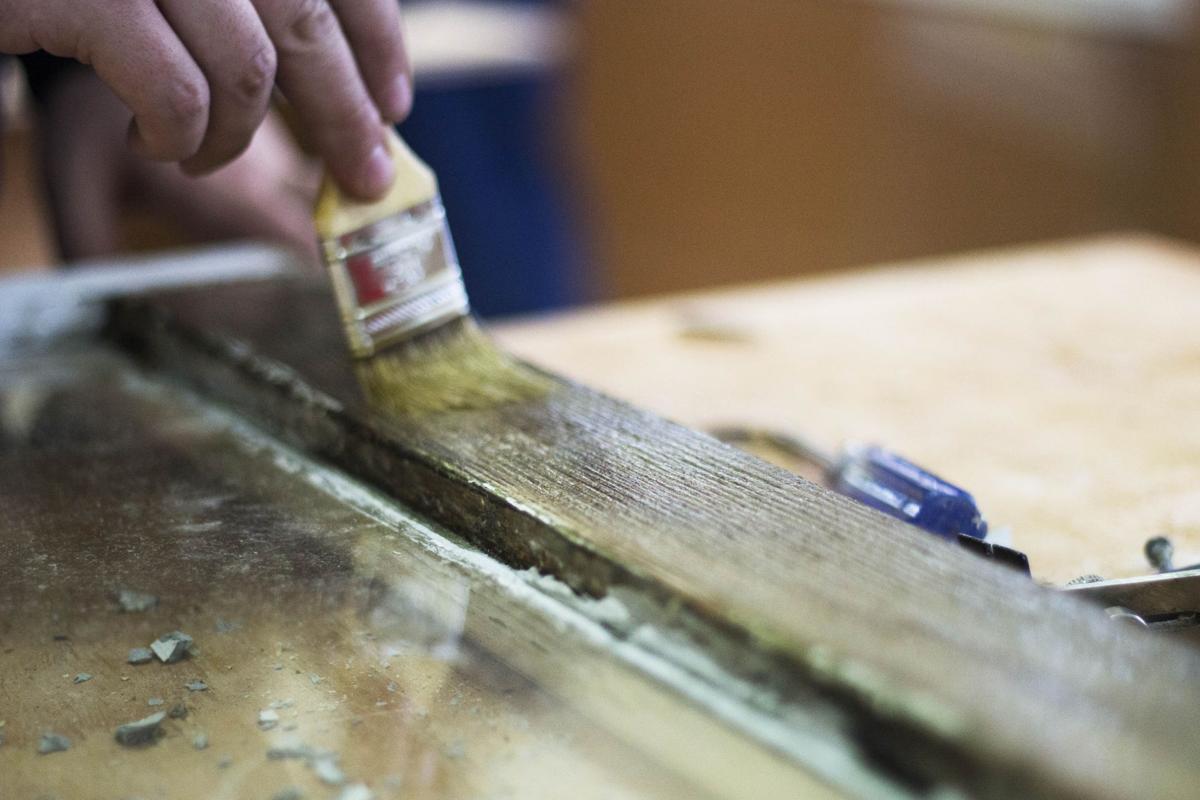 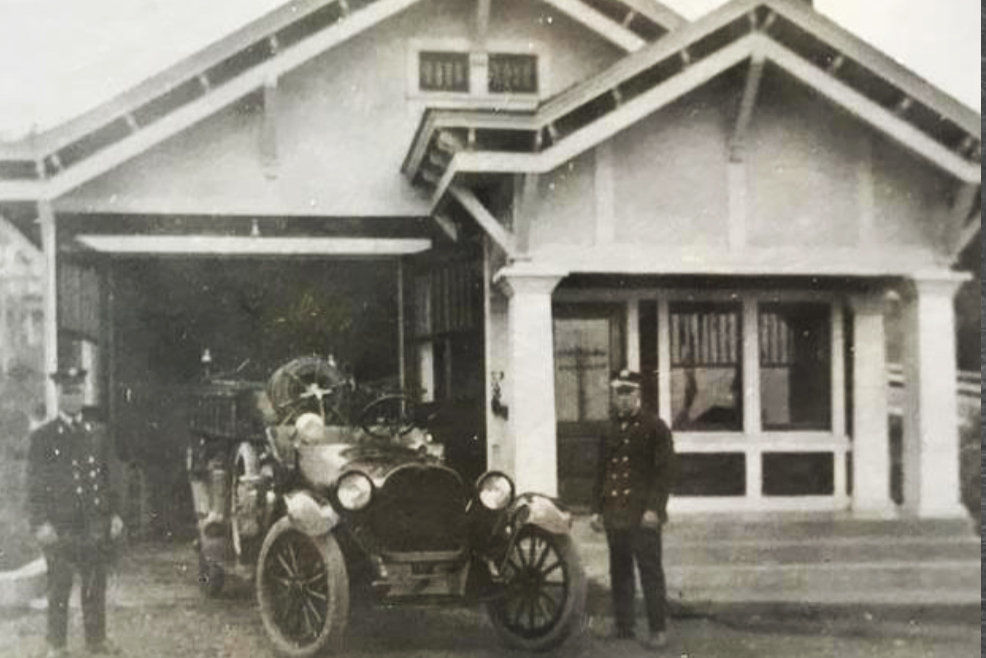 Astoria's Alderbrook Hall was built in 1915 as a firehouse.

Clatsop Community College's Historic Preservation and Restoration Program has been restoring the historic Alderbrook Hall since 2016, including the removal of plywood siding to the historic shingles.

Richie Velasquez travels about 200 miles a day, three times a week, between Newberg and Astoria to take courses and workshops at Clatsop Community College.

Astoria's Alderbrook Hall was built in 1915 as a firehouse.

Alderbrook Hall, a bungalow built at 45th Street and Lief Erikson Drive in 1915 as a firehouse and later turned into a community center, has gone through a lot of changes, from the loss of the intricate gables, cornices and chimneys around the roof to the replacement of the shingle siding with the plywood.

Clatsop Community College’s Historic Preservation and Restoration Program has partnered with Astoria and used the hall as a proving ground for students, slowly taking the building back in time.

About a dozen students spent last weekend in a workshop refinishing the building’s original double-hung Douglas fir windows, stripped of lead-based paint in Portland and refinished with linseed oil and turpentine. Leading the workshop was guest instructor Chris Gustafson, a window restorer who went through the college’s program, with help from historic preservation instructors John Goodenberger and Lucien Swerdloff.

“This building is great, because it gives us an opportunity to let students work on a variety of different aspects of a building, all in one building,” Swerdloff said. “This is the reality in the world, and this is kind of house-scale, very similar to a small house.”

The college began work on Alderbrook Hall in 2016, detailing the condition and changes to the building and replacing the plywood siding with original wood shingles. Jay Dickason, a recent graduate of the program, restored the building’s historic carriage doors and is now an instructional assistant helping oversee the workshops.

For the project last weekend, the city provided $3,000 to have the windows taken to Portland and stripped of lead paint. The rest of the project was funded by tuition and fees.

The college is helping to preserve several city sites, such as the stained-glass windows of the Ocean View Abbey Mausoleum in Warrenton and the plaster repair workshop next month at the Doughboy Monument in Uniontown.

“For me, it’s a win-win-win,” said Angela Cosby, director of the city’s Parks and Recreation Department. “It gives the students an experiential learning opportunity, while helping the city restore one of its historical halls.”

The college is preparing future workshops at Alderbrook Hall to restore the columns in front of the building, remove the plywood siding from the gable overlooking Lief Erikson Drive, restore the original stucco finish on the second story and uncover a boarded-over window, Swerdloff said.

Cosby hopes the work on Alderbrook Hall will entice more groups to use the neighborhood center. The Clatsop County Master Gardeners recently adopted a portion of the playground and will soon start building a community demonstration garden.

Just like with maritime science, the college offers one of the only historic restoration programs in the region, regularly drawing students from around the country. Participants at the workshop ranged from teenagers fresh out of high school to Julie Whalen, 51, who traveled from Eugene to learn window restoration techniques for her new business, Willamette Window Restoration.

A former state parks employee, Whalen first met Gustafson at a University of Oregon field preservation school and learned about the college’s workshops.

“Clatsop Community College and the University of Oregon, that’s it, that I’m aware of” she said of regional preservation workshops. “I’ve gone across the country. I went to a summit in Kentucky, and I’m attending the Belvedere School (for Historic Preservation) in Missouri.”

Richie Velasquez, 25, has been traveling around 100 miles each way, three days a week, between Newberg and Astoria to take construction, drafting and restoration classes at the college. His father runs a paint-removal business working on historic homes. One homeowner had attended the college and told Velasquez about the program.

“I really want to add to what my dad does,” Velasquez said.

The vast difference in age and experience among students doesn’t surprise Swerdloff.

“A lot of people hear the term historic preservation, and they’re not really sure what that means,” he said. “It’s kind of a vague term. But once they understand what it is, they realize it involves construction, it involves analysis, it involves documentation. I think they’re just naturally inclined to that kind of craft.”