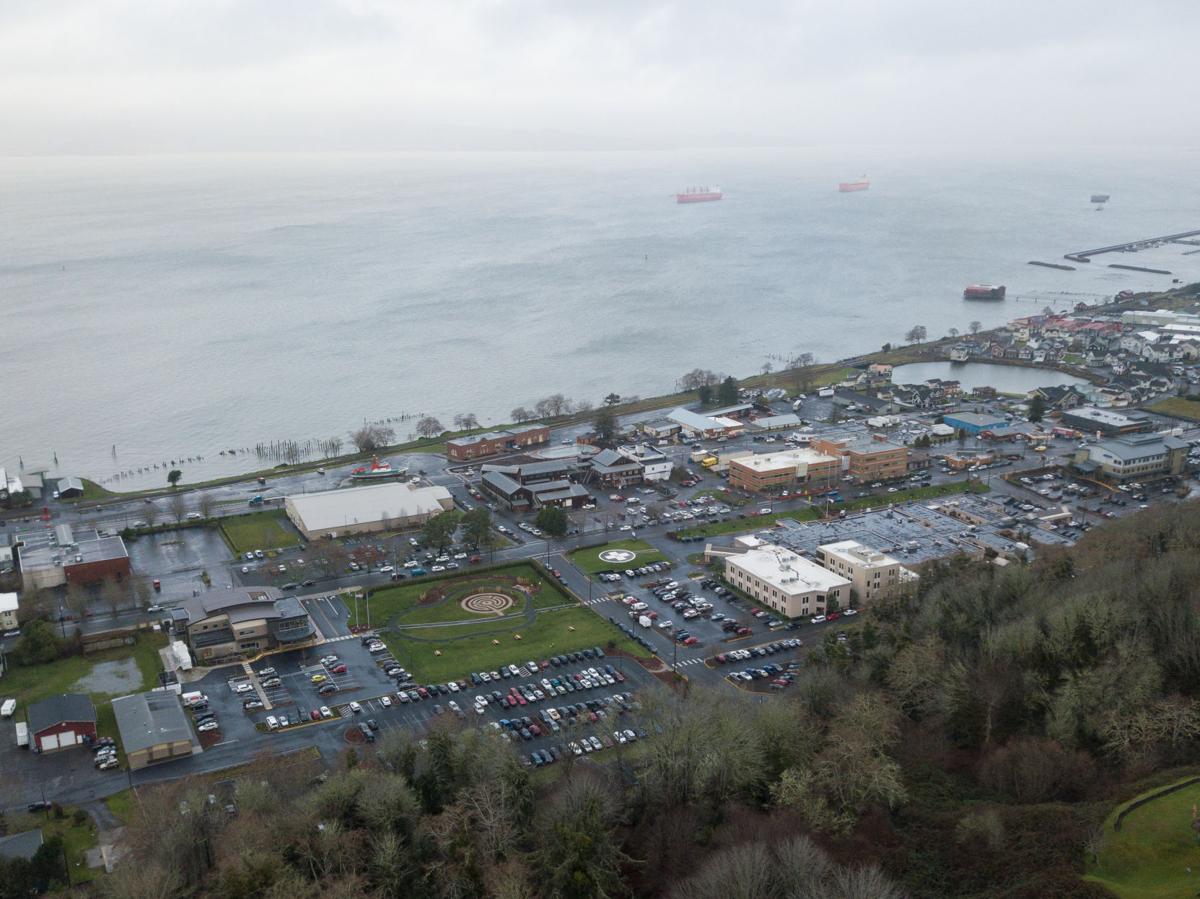 Columbia Memorial Hospital is saving for a new facility in Astoria expected to cost more than $100 million. 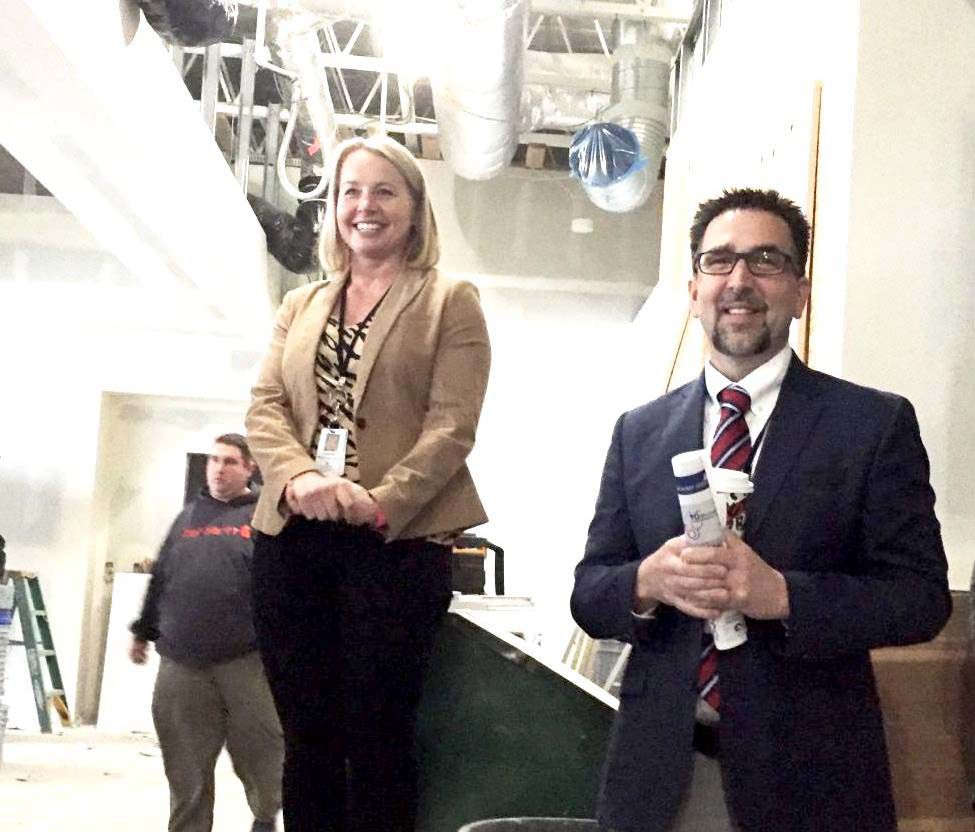 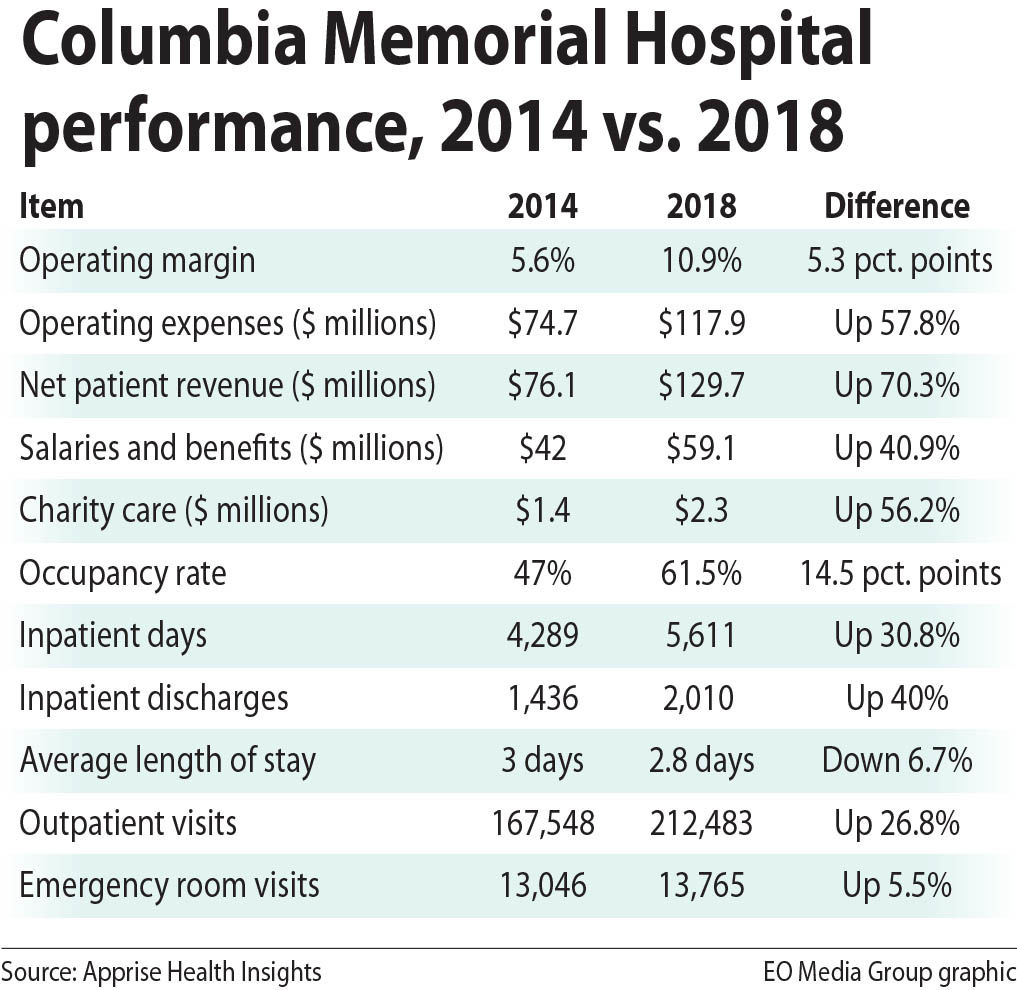 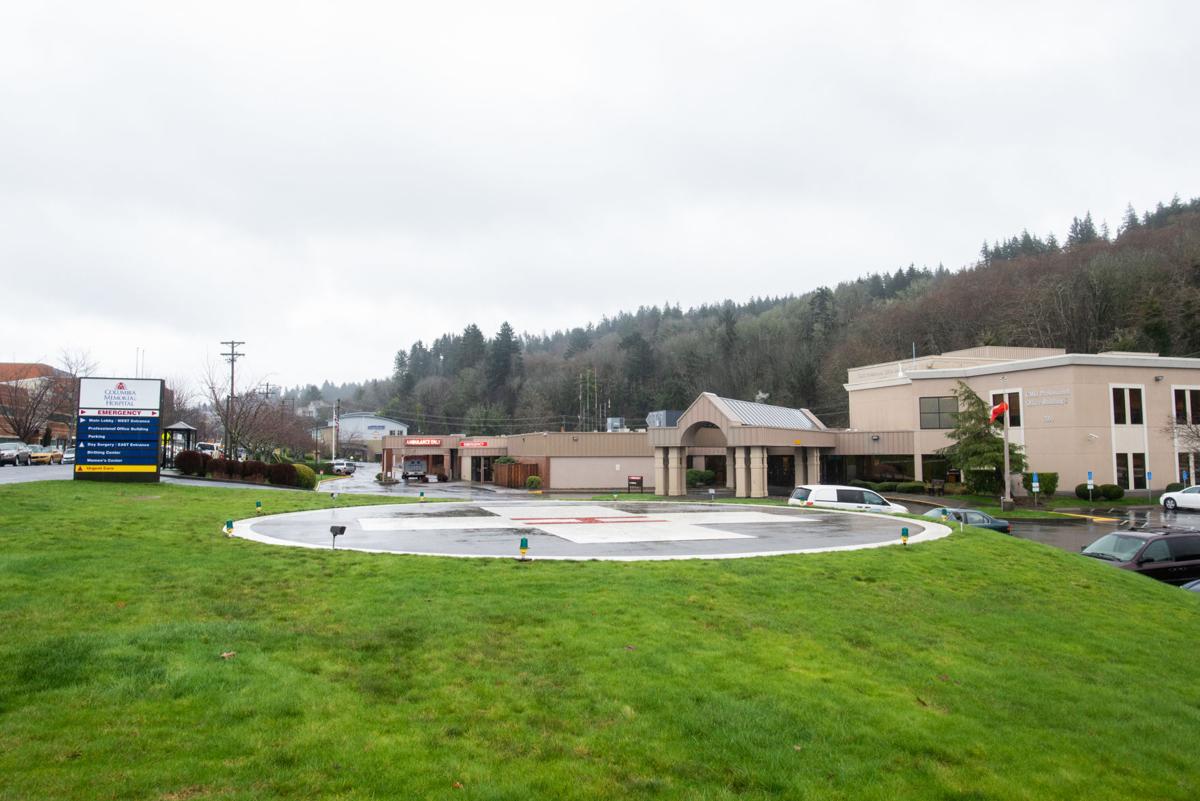 Over the past five years, Columbia Memorial Hospital’s operating margin has nearly doubled from 5.7% to 11%, the highest among rural or nonprofit medical facilities in Oregon.

The high rate of profit became a rallying cry for nurses seeking better pay in a new contract last fall and part of why the Portland Business Journal recently named Columbia Memorial the financially healthiest hospital in the region.

But Columbia Memorial’s leaders argue the relatively plush financials are a necessity for an independent hospital trying to take care of the community and its employees. The hospital is also funding an expansion of services that will see two new clinics open on the North Coast this year, with a brand new hospital in Astoria for more than $100 million on the horizon.

Having stable financials helps offer competitive wages and recruit more nurses and doctors, said Zach Schmitt, the hospital’s chief financial officer. Over the past five years, Columbia Memorial has grown by nearly 150 employees to more than 700, with salary and benefit costs growing by 40%. In that same time period, inpatient discharges have grown by 40%, outpatient discharges by nearly 30% and net patient revenue by 70%.

“The growth was deliberate,” said Erik Thorsen, Columbia Memorial’s CEO. “This was a strategic plan that our board adopted really about 10 years ago. The board wanted to provide more services locally than we were providing at the time. And all of our work over the past decade has really been centered around that theme and that mission of we want to provide services locally. We want to take care of our community in our community.”

The transition from small-town community hospital to regional medical center started more than a decade ago, when Columbia Memorial opened the Health and Wellness Pavilion near its main campus. It soon added MRI and PET — positron emission tomography — scans. Outpatient chemotherapy, cut in 2003 when the hospital was hemorrhaging money, was added back in 2008.

In 2010, the hospital partnered with Oregon Health & Science University on a chemotherapy clinic in the newly constructed Park Medical Building. The hospital has since partnered with OHSU on ophthalmology, cardiology and telemedicine. The surgery department is entirely staffed by OHSU doctors. The hospital’s board recently added a full voting member from OHSU.

OHSU retains a small ownership stake in the Knight Cancer Collaborative, a partnership between the two institutions that recently added radiology and strengthened chemotherapy services on the North Coast.

Cancer treatment is one of the more lucrative services of a hospital, and the demand on the North Coast has outstripped Columbia Memorial’s initial projections. The opening of the Knight Cancer Collaborative resulted in a spike of the hospital’s operating revenues from $114 million in 2017 to nearly $140 million in 2018.

Thorsen said he doesn’t like describing any of the hospital’s procedures, including cancer care, as profitable or lucrative. “But, yeah, it’s one of the things that helps offset services that maybe aren’t, like the emergency room, where you’re seeing everyone irregardless of their ability to pay in the emergency room,” he said. “You probably need things that are a little more profitable.”

The hospital has steered people away from the emergency room, and buoyed its outpatient statistics, in part by opening primary care clinics throughout Clatsop County. The first opened in Warrenton in 2013. The second opened in the Park Medical Building in 2018. A new clinic is slated to open next month in Seaside. The hospital is close to closing on property in the North Coast Business Park for a new Warrenton clinic to replace the one in the Warrenton Highlands shopping center.

Overshadowing all the new clinics and the hospital’s strong financials is the need to replace its 43-year-old campus in Astoria.

“The answer is ‘yes,’ we’re trying to build our financial strength so we can in the future — and the future is undecided — replace this facility that we’re operating in,” Thorsen said.

Thorsen expects the new hospital to cost more than $100 million. He envisions a three-legged funding stool: the hospital’s cash reserves, tax-exempt bonds or other low-cost financing and a capital campaign similar to the cancer center, for which the hospital’s foundation raised around $3 million.

Columbia Memorial has a stated goal of becoming the largest rural hospital in the state, an achievement Thorsen said it has likely already reached. The hospital is also one of only several unaffiliated hospitals in the state, meaning it has no tax support or financial partners, he said.

“We have to have enough financial strength to weather the lean times, to invest in all of the expensive capital that’s required to keep up with technology and change and grow,” Thorsen said. “We’re doing that all off of the revenues that are generated here in this facility.”

There are many of us who have lived in the area 15 years or more who have witnessed the transformation and evolution of CMH, which is nothing short of miraculous, i.e., surprising, unexpected, positive. The fact that those who used to have to commute to Portland - or even Seattle - multiple times per month can now be successfully treated locally is a development that cannot truly be valued in terms of money alone. Some of us literally had to re-locate temporarily to Portland to avoid that commute which was not only expensive but could be both painful and debilitating, i.e., completely counter-productive to achieving a good medical outcome. It is not entirely clear to me how CMH managed to re-make itself, but I do know that in the case of rural hospitals, it is an extremely rare result. Most rural hospitals simply fail and are closed, forcing their patients into long, uncomfortable, frequently debilitating commutes to urban medical centers. We are extremely lucky to have dodged that bullet, and we should congratulate whoever it is - and I am sure it is many people - who made that happen.