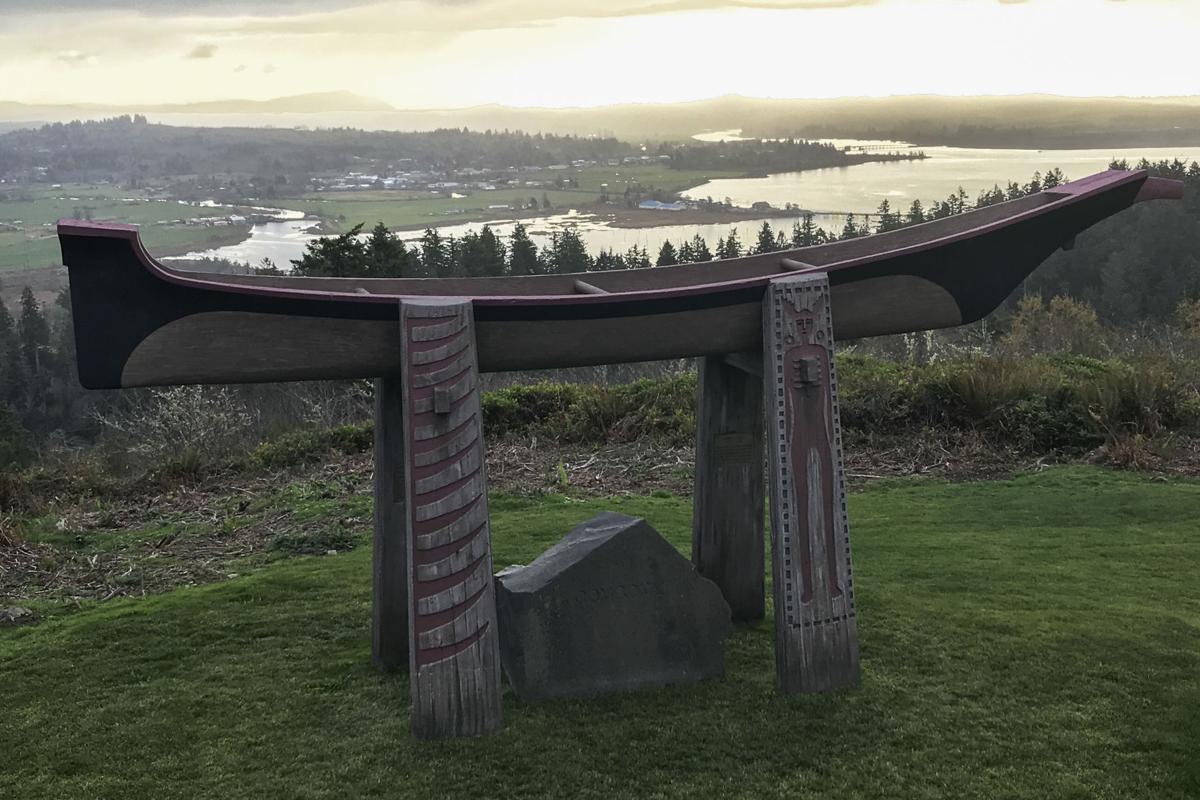 Local artist Roger McKay painted the cement replica of a burial canoe beneath the Astoria Column to appear wooden. The canoe honors Comcomly, a Chinookan chief who befriended the Corps of Discovery and the John Jacob Astor expedition. 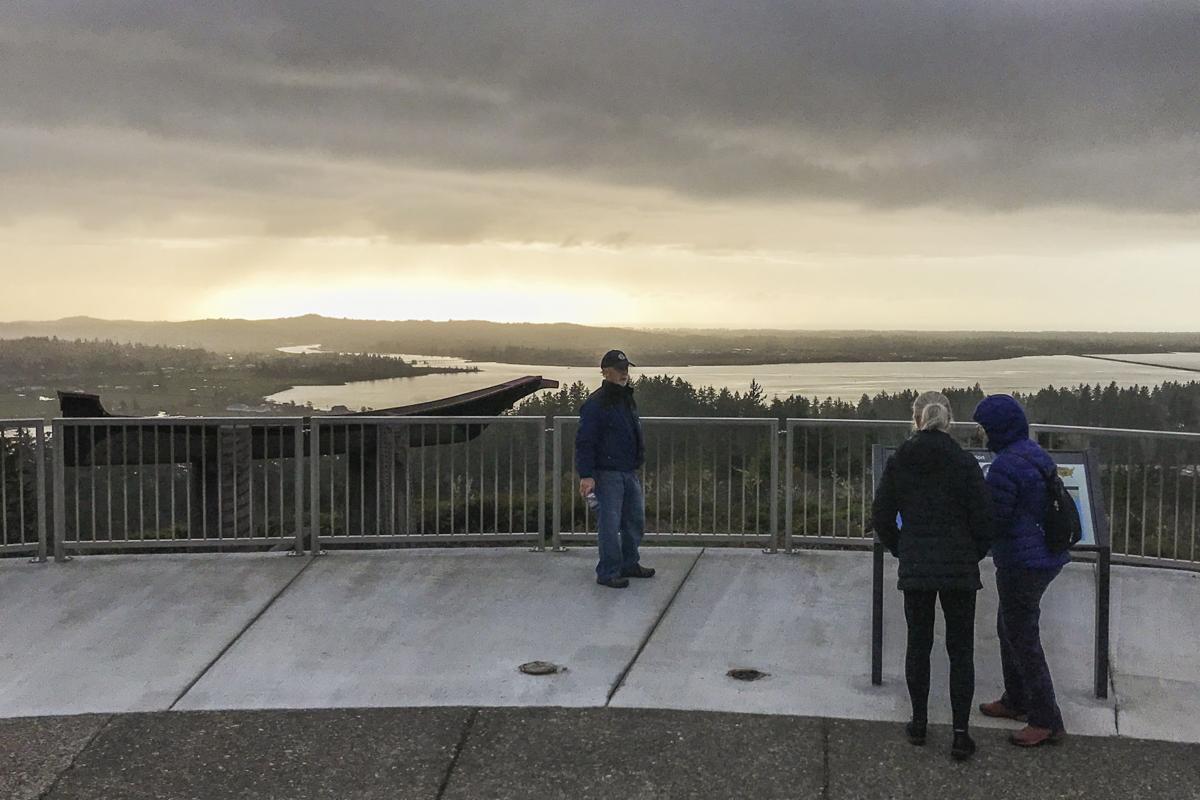 When Fred Pynes, a park host at the Astoria Column, noticed the sidewalk overlooking a 1961 cement replica of Chief Comcomly’s burial canoe cracking and creating a tripping hazard, his only thought was to get it replaced.

Pynes and the Friends of the Astoria Column spent May through September having a new platform overlooking the marker designed and constructed. They did not get a city permit.

The city’s Historic Landmarks Commission, while perturbed, nonetheless retroactively approved the project Tuesday, reminding Pynes to ask permission next time. The approval came with a condition to have the National Park Service survey the site for any disturbed historical artifacts.

During the city’s 150-year anniversary celebration in 1961, Astoria dedicated the memorial to Comcomly. The Chinookan chief befriended members of Lewis and Clark’s Corps of Discovery, the John Jacob Astor expedition six years later and trading ships in the Columbia River in the early years of the 19th century.

The memorial includes a cement replica of a Chinookan burial canoe elevated along the hillside west of the oval column hillock.

Comcomly’s skull, the only earthly remnant of the chief, was to be buried beneath the canoe, looking out across the region where he once ruled. His skull was ultimately buried in Ilwaco, Washington. But the memorial to him has long been a secondary draw beneath the 125-foot Column, dedicated in 1926.

Pynes was preparing the Column park for the summer season when he noticed cracking on the sidewalk and saw a hazard.

The Friends eventually contracted Big River Construction to build a handicap-accessible platform, Tongue Point Job Corps Center to pave it, Daniel Benoit to install railings mimicking those atop the Column and 3D Landscape, Inc. to finish the sod around the canoe. Local artist Roger McKay painted the cement canoe to make it appear wooden.

The $25,000 project was paid for by the Friends, which maintains the property. Of the $5 people pay to park at the Column, $2 goes to maintenance, $2 for improvements and $1 to the city.

Commissioners wondered how the unpermitted project stayed under the radar for several months. City Planner Barbara Fryer, who started in August, said city staff hadn’t spent much time at the site.

Pynes, a park host for the past 2 1/2 years, promised to get a permit in the future.

“It was broken, so I fixed it,” he said. “I don’t know whether to plead ignorance, old age or too many concussions, but I didn’t realize the process.”

Nit picking - not a cement canoe, it is made with concrete. Concrete is not just cement, it has gravel and sand components as well. A cake is not just flour. Sorry, a pet peeve.