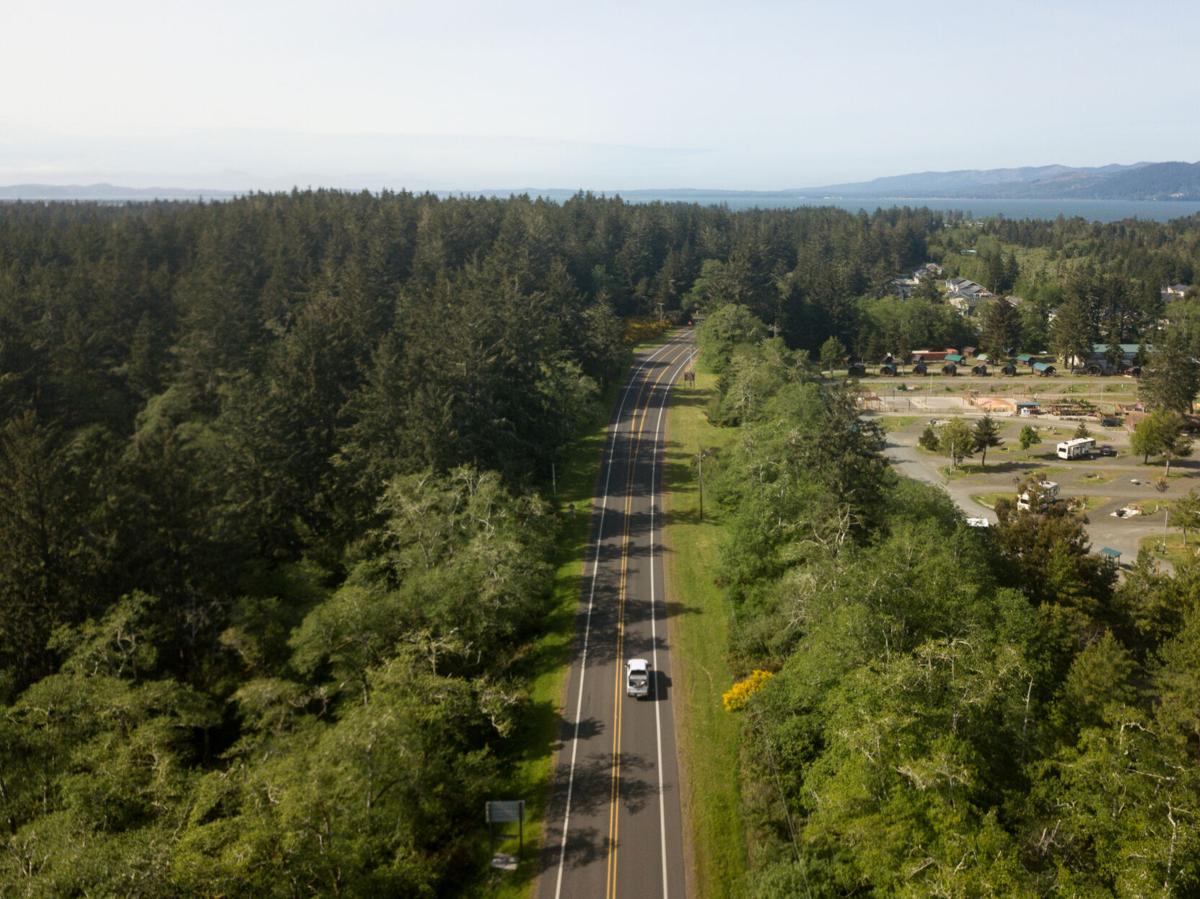 Clatsop County hopes to improve evacuation routes to better prepare for an earthquake and tsunami. 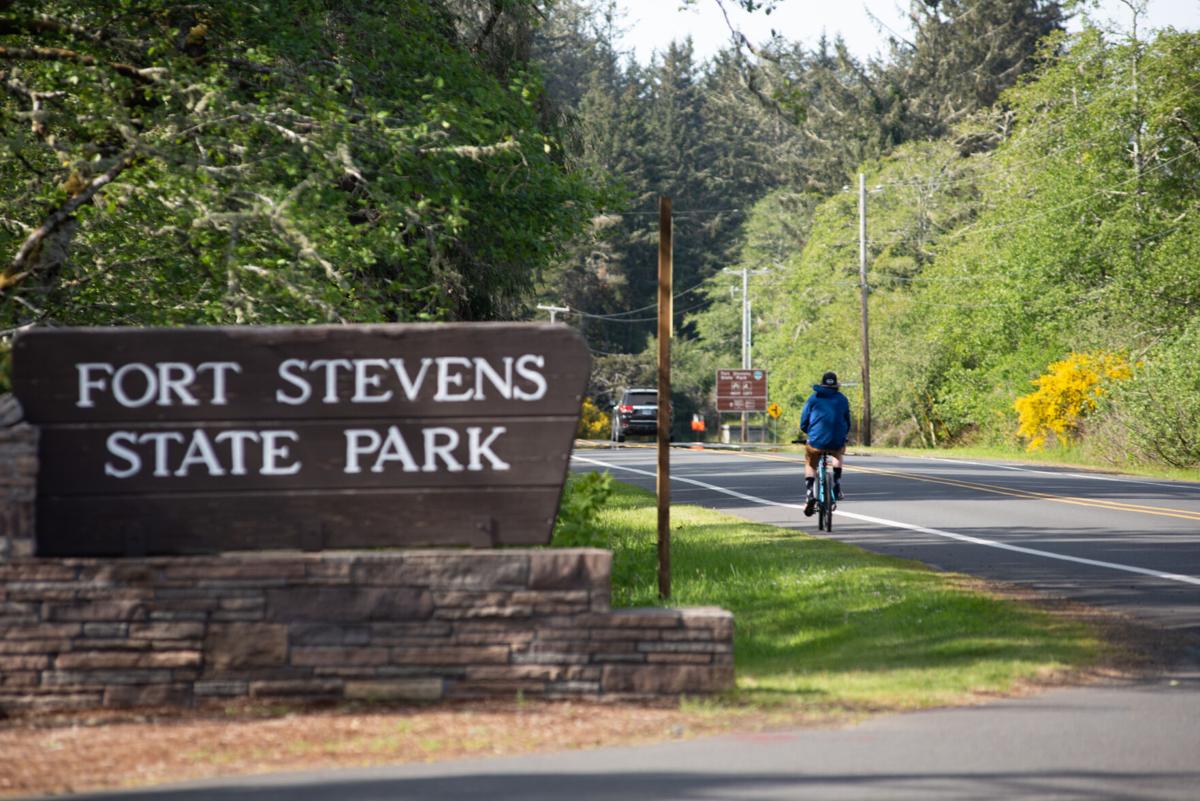 Evacuation plans for Fort Stevens State Park are part of the discussion on disaster preparedness. 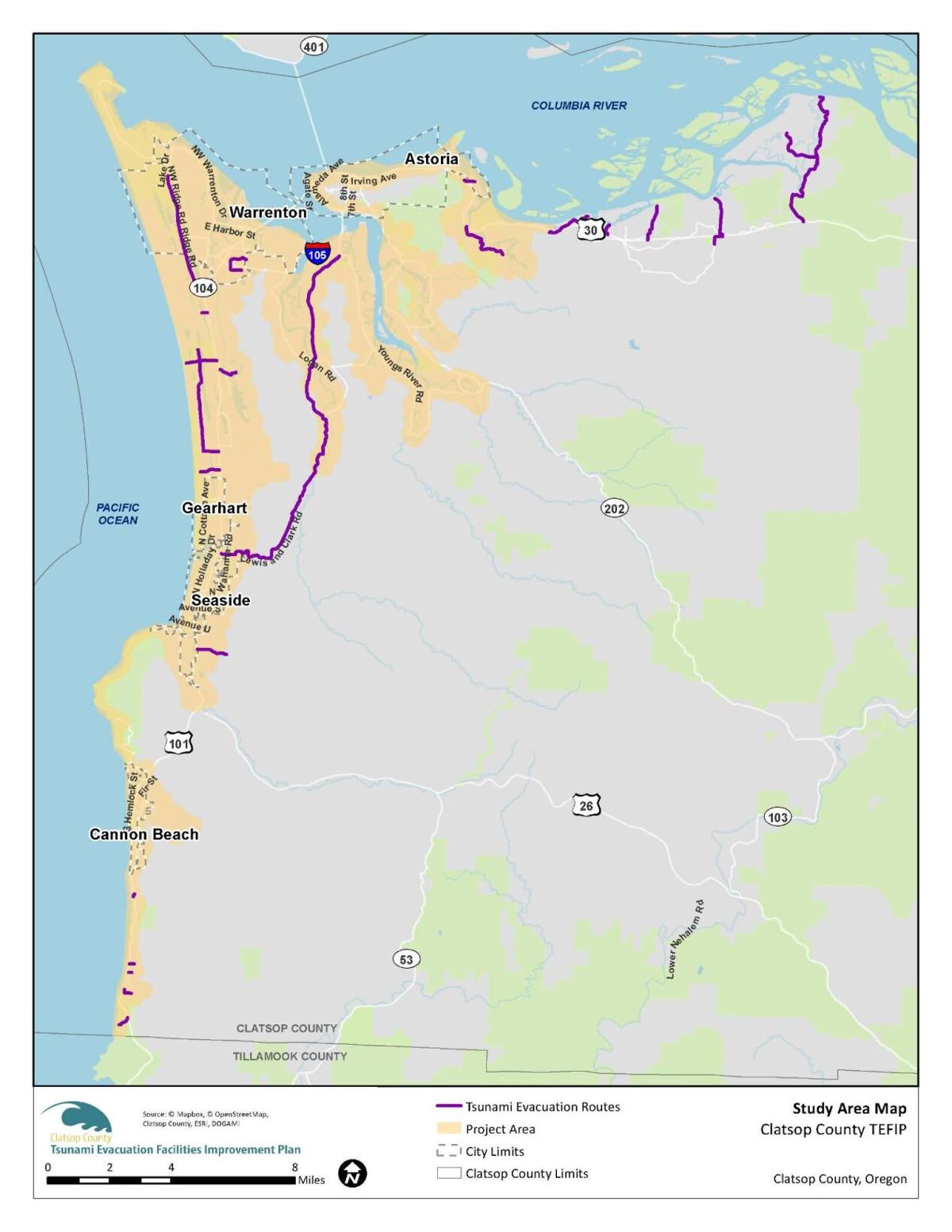 With a Cascadia Subduction Zone earthquake and tsunami on the horizon, Clatsop County has taken steps to protect residents and tourists from catastrophe.

The county has completed the Tsunami Wayfinding Project, which inventoried evacuation signs and identified where additional signs were needed.

The county is also planning to relocate its public works facility out of the tsunami inundation zone — an initiative formerly known as the Resiliency Project, which had included establishing alternative evacuation routes around vulnerable parts of U.S. Highway 101 and U.S. Highway 30.

The alternative routes were put on the back burner, however, after backlash from residents in Lewis and Clark who live along a road that the county identified as an option.

In 2019, the county received a transportation and growth management grant through the state to develop a tsunami evacuation facility improvement plan. The plan will focus on tying walking and cycling trails into evacuation routes and identifying gaps.

Parametrix, a consulting group in Portland leading the project, presented the plan and solicited feedback from the public during a virtual open house last week.

“We’re talking about a very serious and substantial event that could occur tomorrow or 200 years from now,” Ryan Farncomb, a senior planner and project manager at Parametrix, said. “So it could be difficult to make the case to folks the need for improving evacuation facilities or thinking about this. And so by tying this work to recreational facilities — trails which people could use every single day — I think we’re really setting the county up for making improvements in the near term after this plan is done.”

Gail Henrikson, the county’s community development director, said the work ties in and can build off efforts the county’s emergency management staff has completed, like the wayfinding project and the natural hazards mitigation plan.

“We’re really focused on the coastal areas in unincorporated Clatsop County, but are also looking at the interconnections with the incorporated areas,” Henrikson said.

“What we did in this initial exercise, is we looked at the existing evacuation system, existing assembly areas — which again are those places that people are supposed to head to during an emergency — and then also looked at a lot of environmental information, including things like where are there streams, rivers and wetlands,” Farncomb said. “And also, where are there landslides or bridges that are maybe over land of concern.

“We looked at all of this information at once to be able to understand what are the risks to existing evacuation routes, what are the opportunities and where are there trails already on the ground that could be used for evacuation.”

Farncomb said there is substantial landslide risk in many areas along the coast, as well as liquefaction risk, especially north of Gearhart.

“The area of greatest evacuation needs overall is that Clatsop Plains area north of Gearhart all the way to Fort Stevens State Park,” he said. “There are many neighborhoods there that lack east-west access to higher ground.”

Farncomb said there are a lot of north-south oriented waterways like lakes, streams and wetlands that make it difficult to create new connections. Meanwhile, a wide swath of the coast is expected to be inundated during a major earthquake and there are few places to reach higher ground.

Farncomb said improving trails in Fort Stevens State Park is also a priority because of the heavy visitor traffic during the summer.

The project will also look at building a vertical structure people can climb to evade a tsunami.

The county expects to hold two more public meetings in the summer and fall before presenting the completed project plan to the Board of Commissioners early next year.

An advisory committee for the project is made up of representatives from cities, fire districts, private and public landowners and nonprofit agencies, including Consejo Hispano.

People can access a virtual open house and fill out an online survey until May 24 at www.ClatsopTEFIP.org