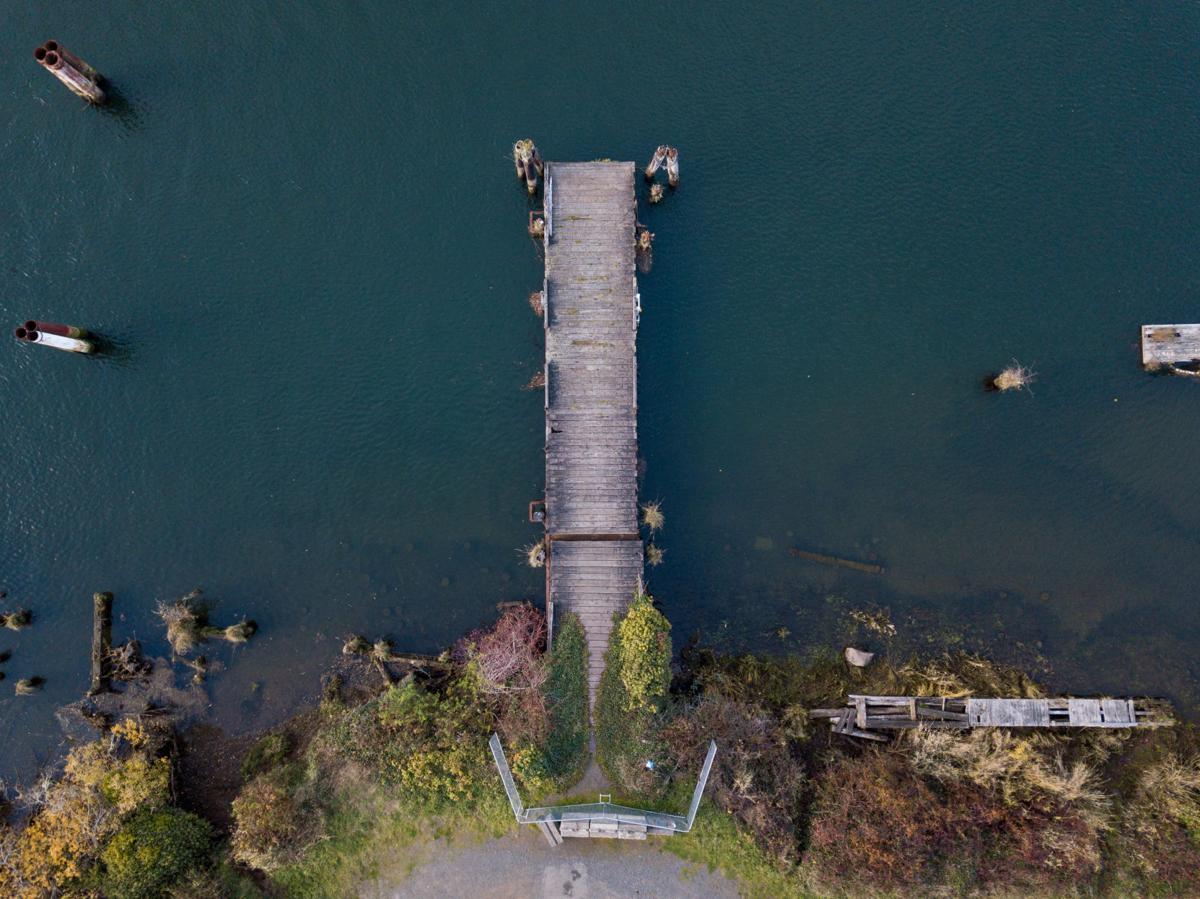 The Knappa dock was built in the 1800s and originally used for log rafting. 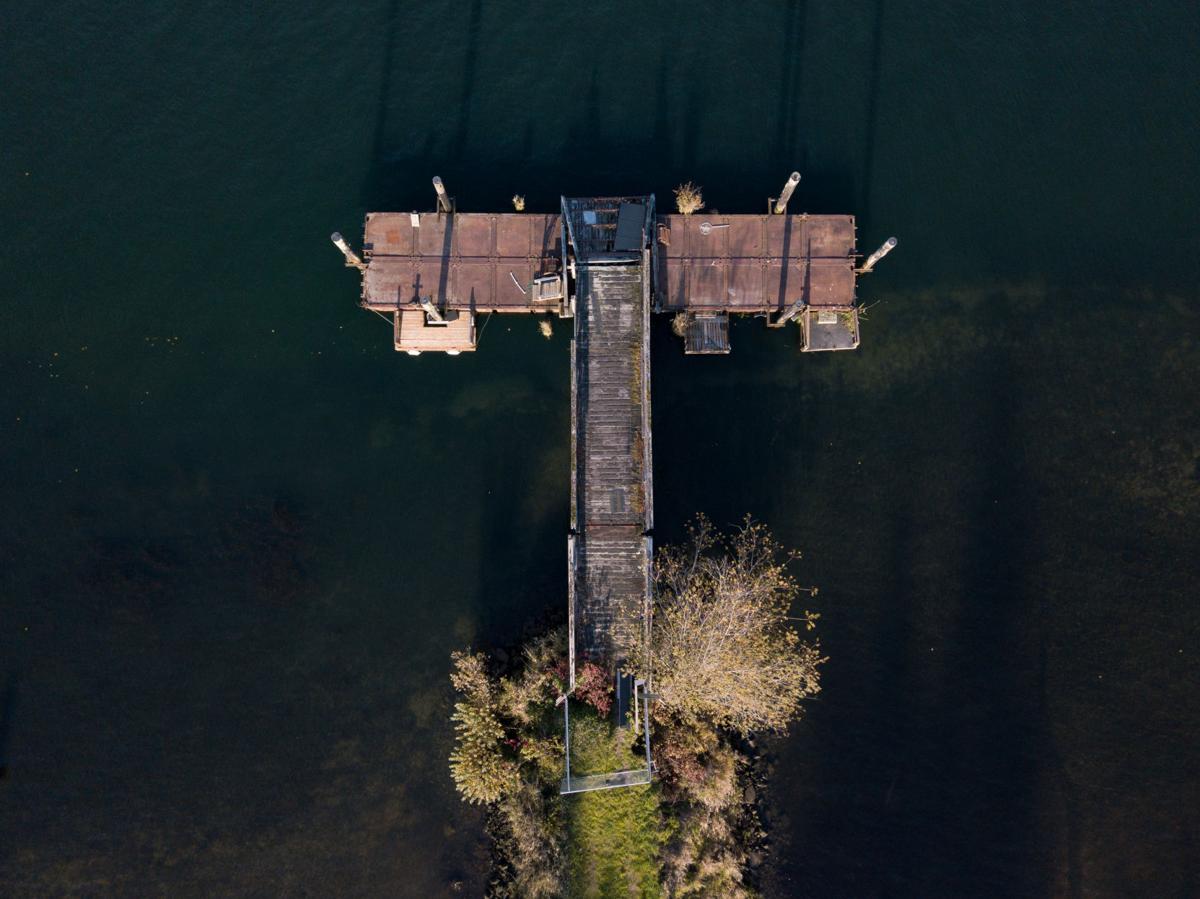 The Jones dock in Clifton was used to transport cattle to Tenasillahe Island Island starting in the 1950s. 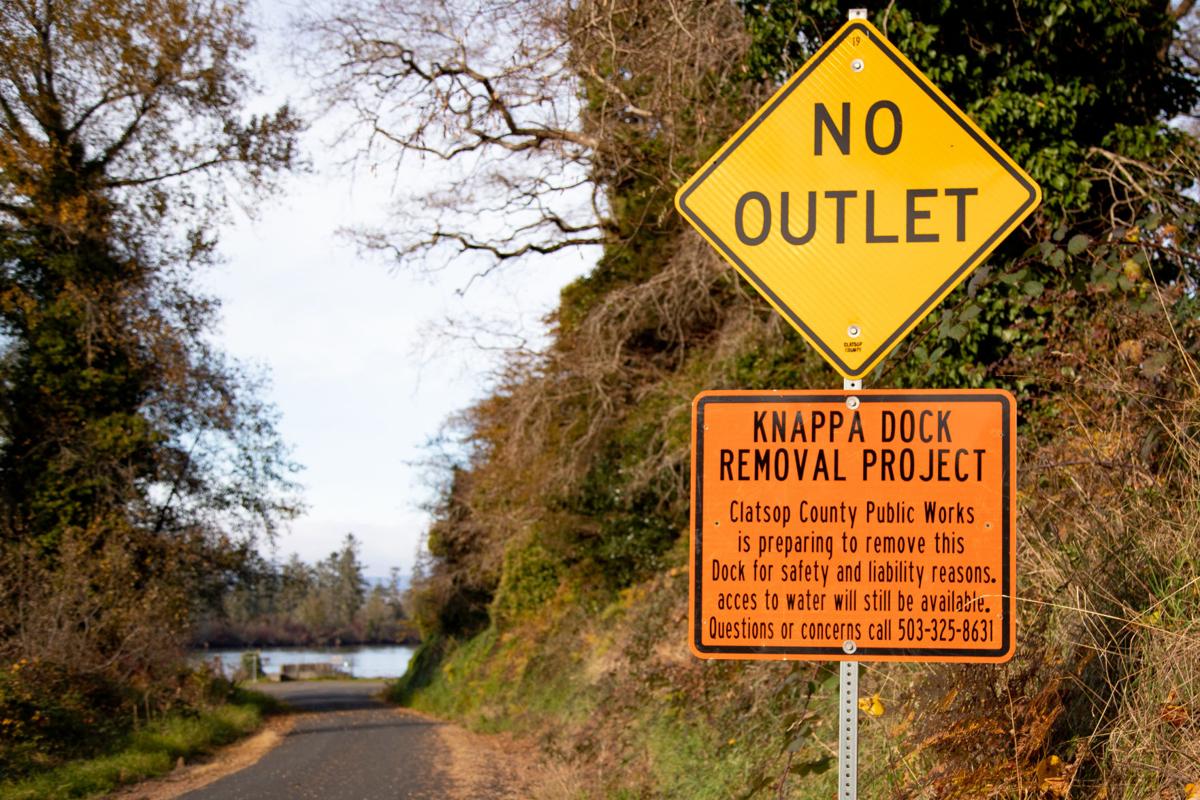 The county posted a sign notifying the community of their intent to remove the Knappa dock. 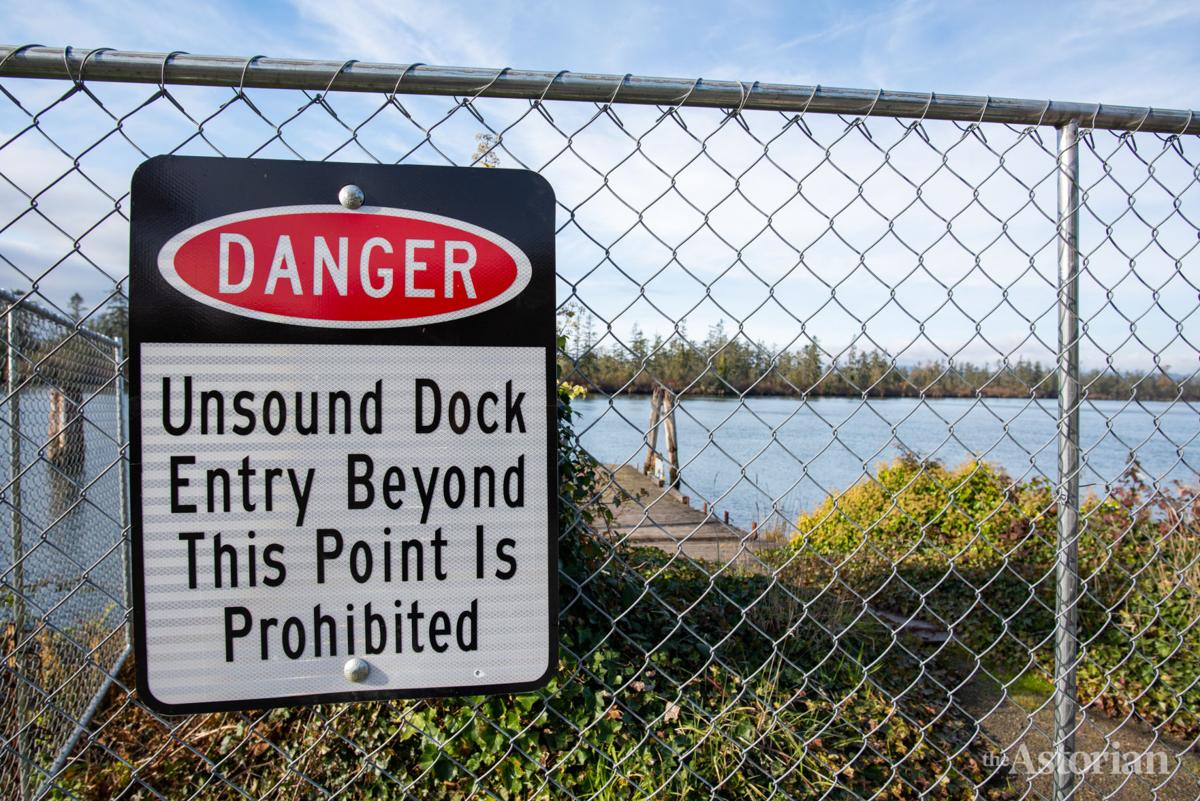 A danger sign hangs on a fence blocking the Knappa dock in an attempt to keep visitors away.

As Clatsop County moves forward in its plan to remove two dilapidated docks in Knappa and Clifton, the county acknowledges the attachment local residents have to the docks and their history.

Although access to the Knappa dock at the end of Knappa Dock Road is prohibited, people continue to use it recreationally.

No matter how many signs are posted, people rip them off and use the dock, said Ted McLean, the county’s public works director.

“It’s not a park. These docks are commercial docks and they are not for boat launching or landing,” he said.

While people continue to use them, potential liability looms over the county. The county’s insurance carrier and county counsel have urged both docks be removed.

McLean presented the removal plan to the Board of Commissioners at a work session Thursday, as well as a history of the docks.

The board will be asked Wednesday to approve a $15,697 contract with Vinson Brothers Construction for the docks’ removal.

County Commissioner Pamela Wev said she is happy to see the docks will finally be removed.

Wev said at the work session that, “I went out there and ...this is the worst public nuisance.” She called it a lawsuit waiting to happen.

The Knappa dock and the Jones dock in Clifton have not been maintained for decades. The county says restoring or rebuilding them is not feasible or cost-effective.

People are particularly attached to the Knappa dock, McLean said. “But we’re not going to close it off to the public,” he said.

Once the docks are removed, the county will smooth and grade the sites so people can continue to access them.

McLean said the county acquired and rebuilt the docks around 1950.

“The county used it in transporting rock on barges and it didn’t work out very well,” he said. “It wasn’t cost-effective for what they were doing, but they did it till the 1980s.”

The docks ended up being primarily used as a cattle transit point.

“The cattle industry took off back in those days. Obviously they were diking everything up and making pasture land all over the place at that time and this was just part of it,” McLean said.

Eventually, the sites became abandoned and the docks haven’t been used for more than 30 years.

However, McLean was particularly fascinated by the history of the Knappa dock before it was acquired by the county.

There has been a dock called “Knappa dock” at the end of Knappa Dock Road since the 1800s, McLean said.

He shared photos with the board of a homestead that existed along the river in the 1880s. There were stores, a hotel, a bank, a church and a school, he said.

The dock was primarily used for log rafting into the early 1900s.

Maritime records from 1922 show that a boat regularly stopped there as well, McLean said. He said there was also an active rail that stopped near the site.

“That was a little thriving community there,” he said.

New to commenting here, I would like to know how to edit a posted, submitted comment for typos and other problems?

Rather than the authoritative removal of the dock, why not put the money into revitalizing the docks for kayaking, and other boating uses? Way too many of local infrastructure is being removed and with NO viable replacement plans. I keep hearing about agencies being fearful of being sued, These fearful ones shout step aside and allow the peoples' wants to be recognized and supported.

Oh fearful ones - allow a decent dock to exist in that location; repair and/or replace the docks there and around the region.