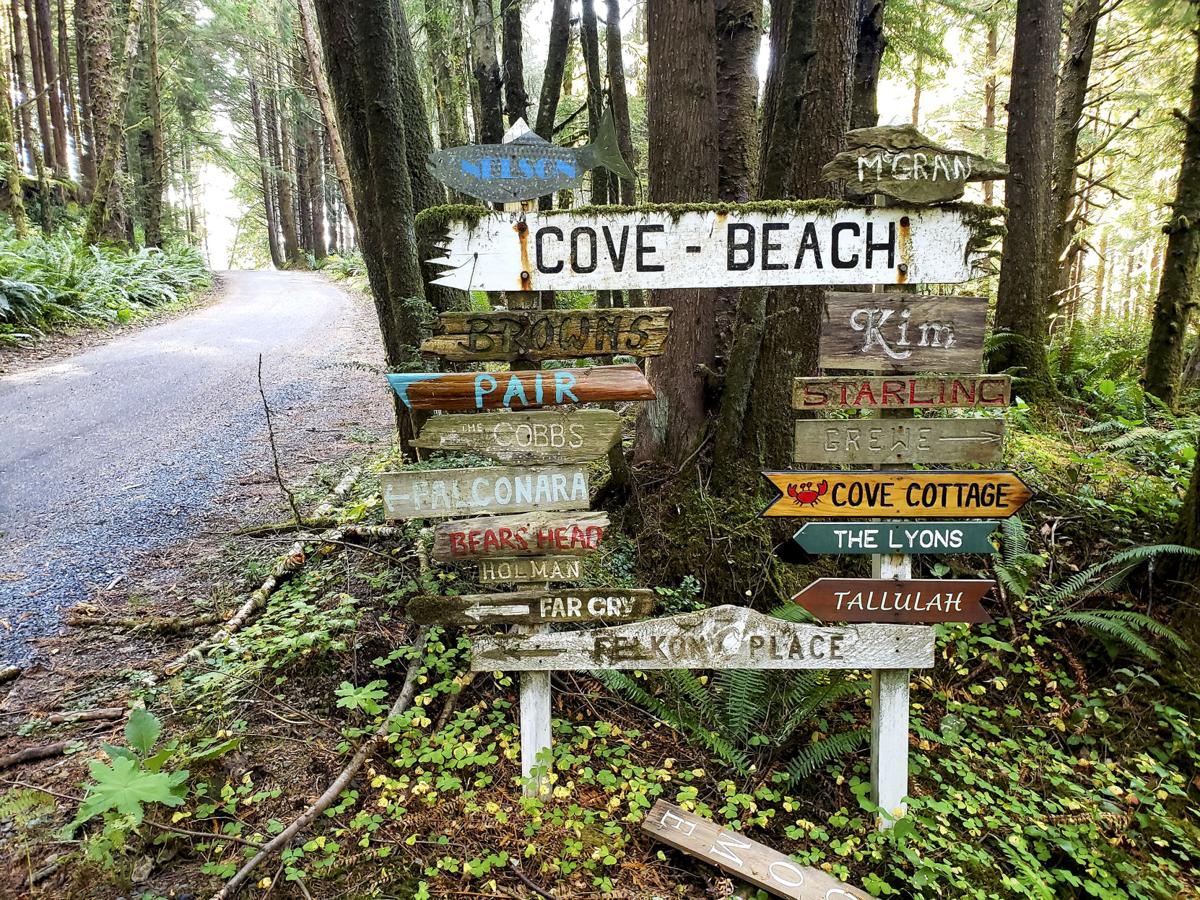 A sign welcomes visitors to Cove Beach, a small community south of Arch Cape that is experiencing an extended water moratorium. 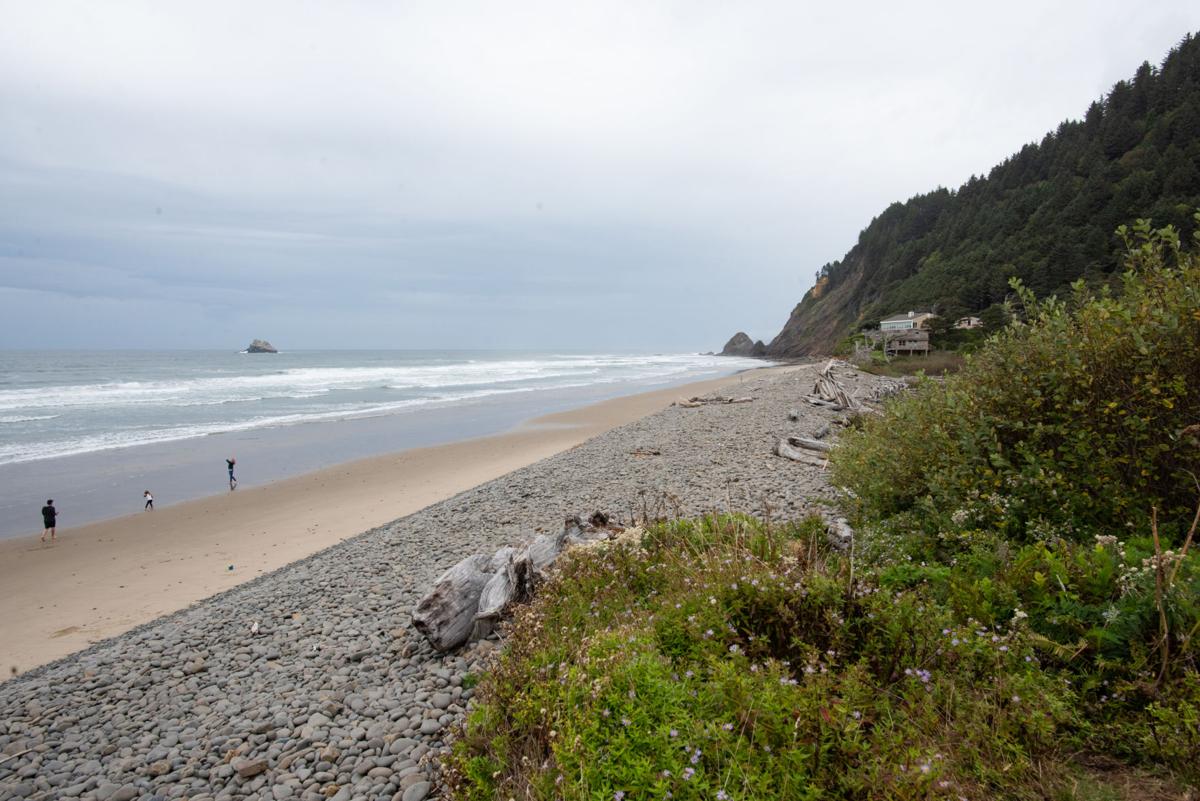 Residents of Cove Beach are upset by the lack of transparency of the Falcon Cove Beach Water District. 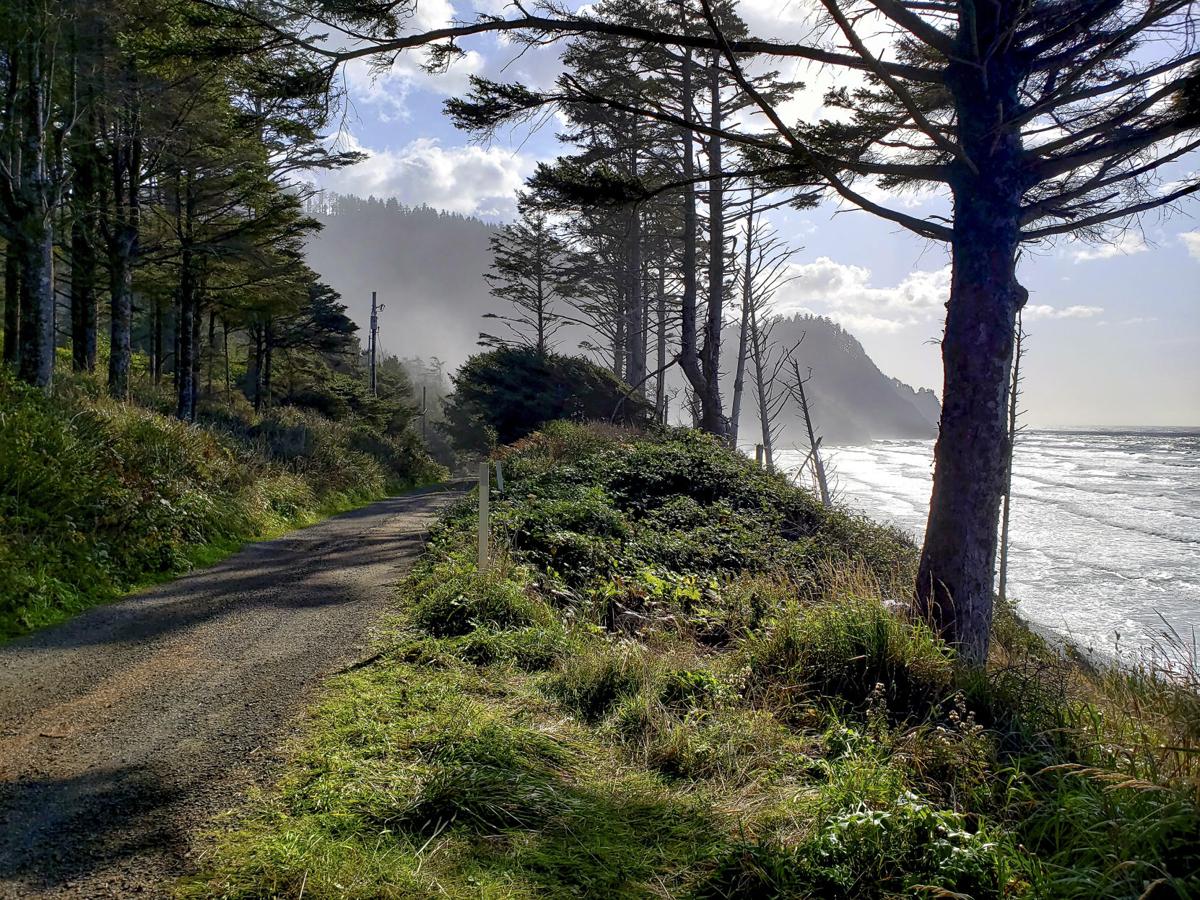 The county requires each property to provide 250 gallons of water per day from their own water source.

Property owners in Cove Beach are raising concerns about the lack of transparency and oversight of the Falcon Cove Beach Water District.

The water district voted for a six-month moratorium last December after reporting water production had been at record low levels for the past several years during the late summer months.

The moratorium was extended for another six months in June so the board could continue to look at long-term options to protect the water supply. The water district may vote to extend the moratotium again in December.

As long as the moratorium is in effect, property owners have to come up with another means of getting their water to obtain a development permit from Clatsop County, said Gail Henrikson, the county’s director of land use planning.

Each home is required to document a water source that will provide 250 gallons a day.

The county accepts several types of alternate water supply systems, including rain catchment. But the alternatives can increase building costs, leaving some property owners in limbo as they are unclear how long the moratorium will be in place.

Several property owners are not convinced there is an emergency that warrants a moratorium.

Guido Paparoni and his wife, Margaret Rozendaal, bought a parcel in Cove Beach in 2017. They want to build a home and move to the coast when they retire.

Paparoni filed a public records request to access the data the water district used to come to their conclusion.

Paparoni has a Ph.D. in economic geology and Rozendaal has a Ph.D. in climate science. They decided to use their expertise to examine the data themselves.

They looked at multiple sources, including data reported to the state of how much water is produced by the spring, data recorded by the water district using water meters and data measured by independent weather stations in Cove Beach and Manzanita.

They concluded there is no water shortage.

The water district could not be reached for comment.

David Livermore, a hydrogeologist who has been coming to his family home in Cove Beach since the 1960s, shared Paparoni’s research on his website. He also came to the same conclusion as Paparoni about the water supply.

Livermore ran for a seat on the water district’s board in May, but lost.

She said she asked the water district to send Paparoni’s report to their engineers for comment. She is waiting to hear why their conclusion was different from Livermore’s and Paparoni’s, but has been given no estimate as to how long it will take.

“We have laypeople on the board who are doing their best to understand it. But there is an undercurrent whenever I talk to anybody ... that short-term rentals and too many homes are being put in comes up as a concern,” Chase said.

Like Paparoni, she wants to have open and transparent discussions about the moratorium and make sure decisions are based on facts.

They also both want meeting notices, minutes, data and other information to be made public online so that everyone can have access.

Chase said meeting notices are usually posted at the post office, so people who live out of town do not know when there is a meeting.

Paparoni said the water district needs to engage the community.

Nihad Aweidah owns a parcel in Cove Beach and attended the water district’s October board meeting to learn how they came to the conclusion to declare a moratorium.

“They have not been forthcoming with information,” he said.

Aweidah said he asked the water district to create a centralized database to share information, data and meeting minutes to increase transparency. He said he offered to organize the information on Google Drive.

He wants to develop his property, but is hesitant about finding an alternate water supply, as it would increase his building costs significantly. He is also unclear about the water district’s timeline on improvements or how long the moratorium will be in effect.

Paparoni and Chase said they have expressed their concerns to Commissioner Lianne Thompson, who represents South County.

“It’s the fundamental level of public service in our isolated rural neighborhood ... and it’s a critical human need to have water for personal use and to fight fires, wildfires,” Thompson said of the water district. “So, it’s essential that we have an accountable, transparent government for all stakeholders.”

“If I had known about this I would have never had bought the property because this is incredible,” Paparoni said. “We bought the property to retire and relax. But OK, we own it now and the right thing to do is fix this and it’s going to take a community effort to fix this.

“We shouldn’t have situations like this, it’s just not right.”

Can a Citizens advisory committee be proposed?

Sound the alarm!!! A coastal town receiving some of the highest amounts of annual rainfall is running out of water!!!

This should be declared a state of emergency for Oregon.

Please call your state and local representatives and advise them ASAP.

This is either the largest climate catastrophe’s or something not right at the water district. There seems to be plenty of water to make sure the district’s homes and undeveloped homes have water.

-The District can’t keep up with growth, took payments and let its infrastructure fail.

- The District allowed waste of water for years.

- The District did not meter water users.

Regardless of how the District plans on fixing the situation..... additional wells, storage of water and/or implantation of conservation practices. They MUST have big brother looking over their shoulders until it’s fixed (the water analysis, the financials, etc). A water district cannot control people’s investments, retirements or livability without appropriate justification.

*Does anyone know when and where the next water district meeting is?

Class action lawsuit against the District would get their attention...... ??? I believe this is a privately held company with a pseudo board. Any attorneys in the water district looking for work?

Sounds like a NIMBY issue to me (aka no one else gets to enjoy our beach!) and misuse of power. So the strategy is to declare a crisis where there isn't one and voila no more development is possible. I wonder if this water board has any oversight or can they make rulings with impunity? The article states the board is made up of laypeople. So if it's not a misuse of power it's ineptitude. Not sure which is worse? Oh, you silly humans.

Mismanagement from the district has caused this problem, NOT lack of water. Smells like corruption to me.

Ray - Mismanagement, corruption or ineptitude? Which is worse;-)