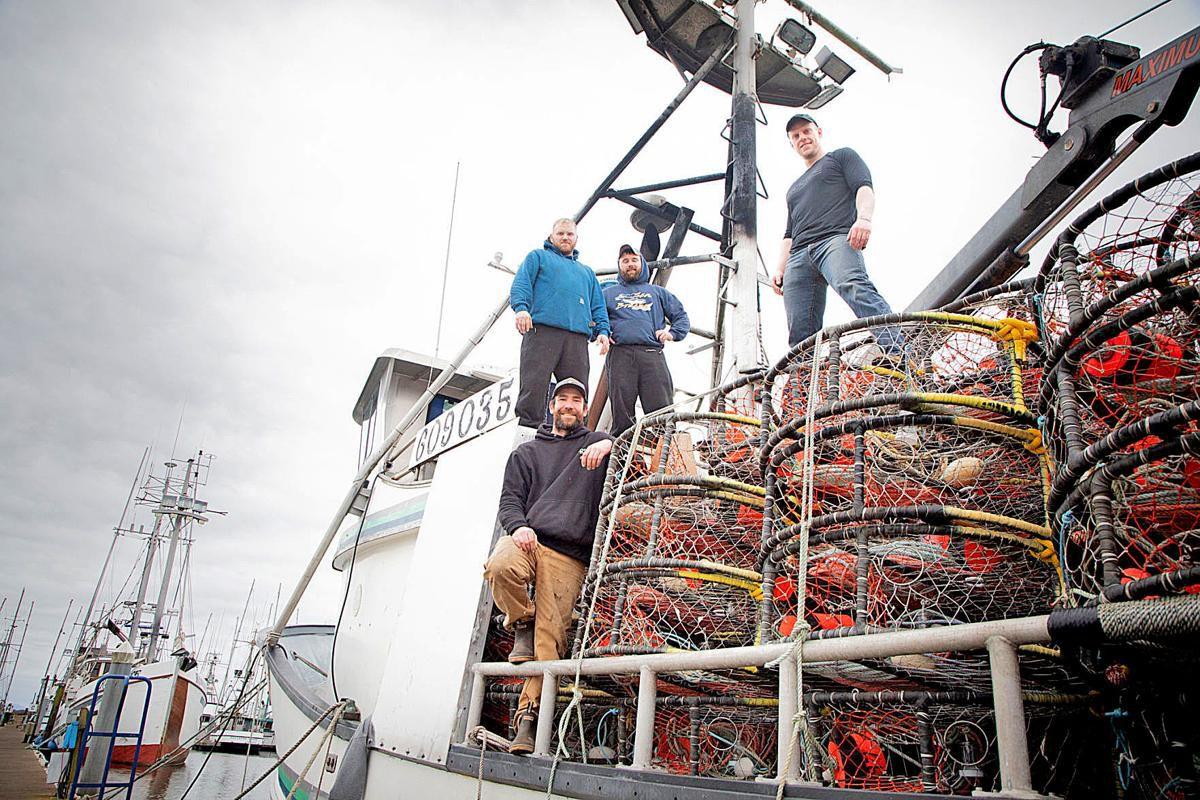 Crew of the F/V Amanda C pose for a picture atop their load of crab pots prior to the start of the commercial crab season. Pictured are Eric Gill, top left, Paul Blaylock, top middle, Geoff Hylton, top right, and Brian Kamp, below. 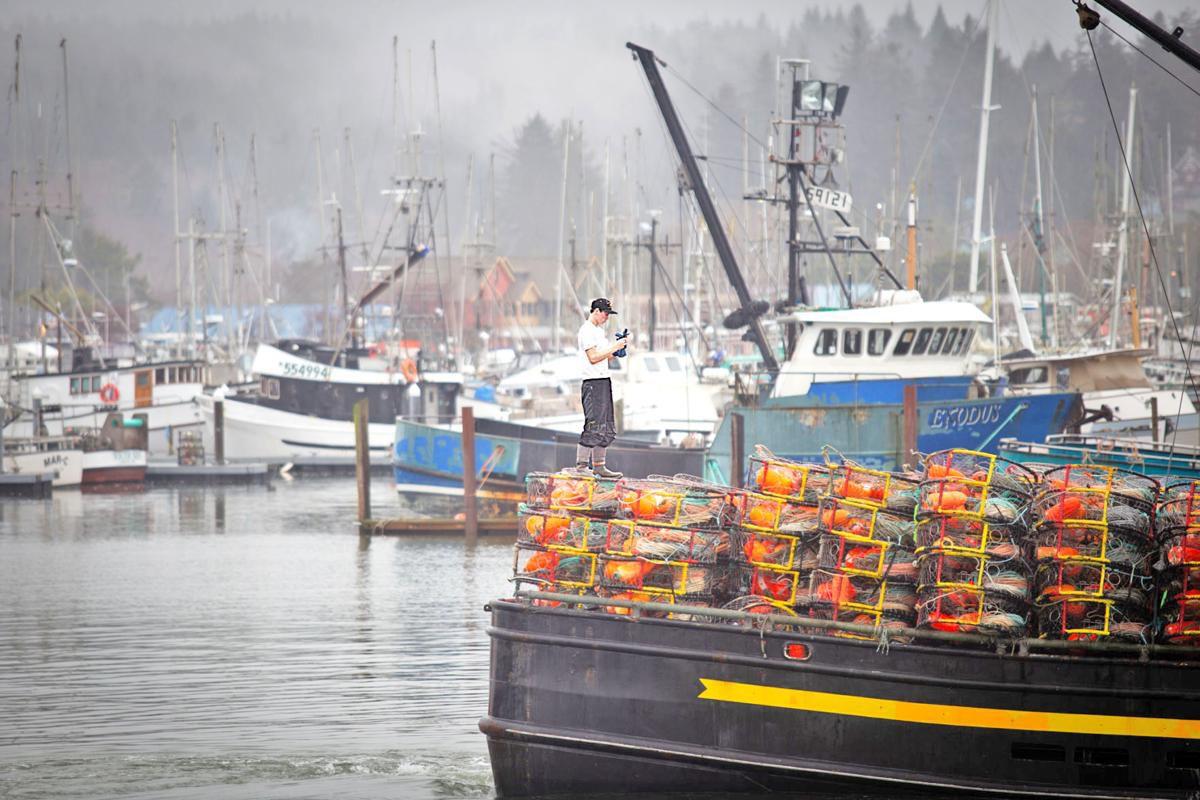 Jonathan Kingslend of the F/V Chandalar slips on gloves as he prepares to head out to sea from the Port of Ilwaco.

Crew of the F/V Amanda C pose for a picture atop their load of crab pots prior to the start of the commercial crab season. Pictured are Eric Gill, top left, Paul Blaylock, top middle, Geoff Hylton, top right, and Brian Kamp, below.

Jonathan Kingslend of the F/V Chandalar slips on gloves as he prepares to head out to sea from the Port of Ilwaco.

Commercial fishermen were eager to get the season started after a price agreement of $3 per pound was reached with processors Dec. 28. The price followed an initial offer of $2.75, the same opening amount as last season.

By that afternoon, local port docks were bustling with hopeful fishermen making final season preparations before heading to sea Sunday.

“Just the excitement of it. There’s no quotas, may the best man win,” said F/V Nordic Fox captain Cub Jansen, 29, when asked about the appeal of the fishery.

“It’s one of the last things you can do where hard work can really reward you.”

Jansen, with crew Dru Rowe, Larry Bell, Mitch Clark and Raj Clark, was among several commercial skippers crabbing out of the Port of Ilwaco for the first time. The location of the port, with easy access to crabbing grounds on both sides of the Columbia River, was the biggest draw, said Jansen, who has dual permits to fish 1,000 pots in Oregon and Washington state.

“It’s more logistically sound for us to fish both sides of the river versus being in Westport where I have to run 50 miles to get down here. We can turn right or left and be at both area fishing spots just like that,” he said.

The first few weeks of the season are a grueling test of endurance. The hard work truly begins once the fishing grounds are reached, where hundreds of pots, each weighing more than 200 pounds, must be baited and set in order.

“The workload is heavy and it’s a lot of long hours and not a lot of sleep,” Jansen said. “The weather can be tough, too.”

Crabbers reported relatively good offshore conditions while setting pots over the weekend, especially compared to last year, when the season opened to rougher January seas. The Pacific got rougher later in the week, however.

The excitement and potential payoff of the fishery draws vessels from as far as Alaska. The ability of larger out-of-area boats to operate in taller seas has been a perennial sore point among smaller Columbia River-based operations.

The Ilwaco-based F/V Rocky B was among several local and visiting crews loading hundreds of pounds of tuna collars for bait on Sunday morning.

“I’ve been doing other fisheries my whole life, but crabbing is a big moneymaker, so I had to get in on it,” Broughton said.

Coastal economies benefit from a successful commercial crab season, which fetched more than $80 million in ex-vessel value between Oregon and Washington state last season, bolstering communities from Westport to Brookings.