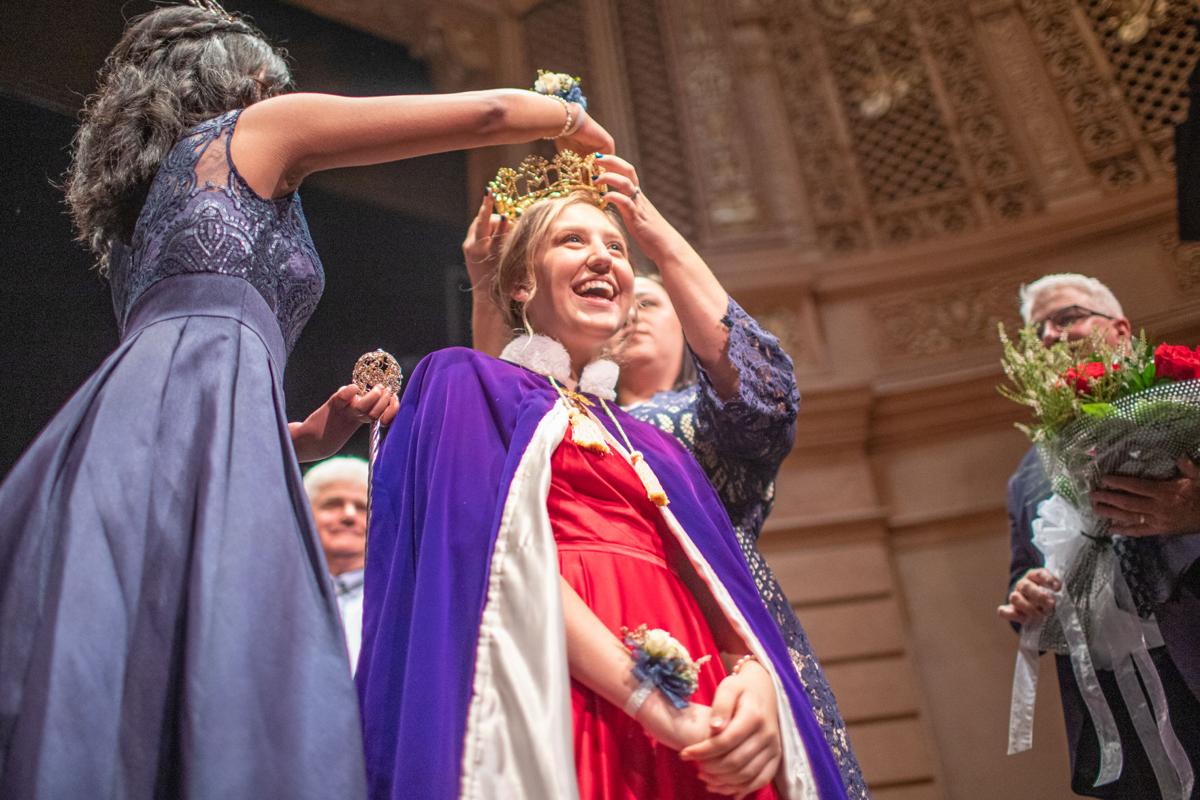 Mara Dowaliby was crowned queen of the 2019 Astoria Regatta on Wednesday night. 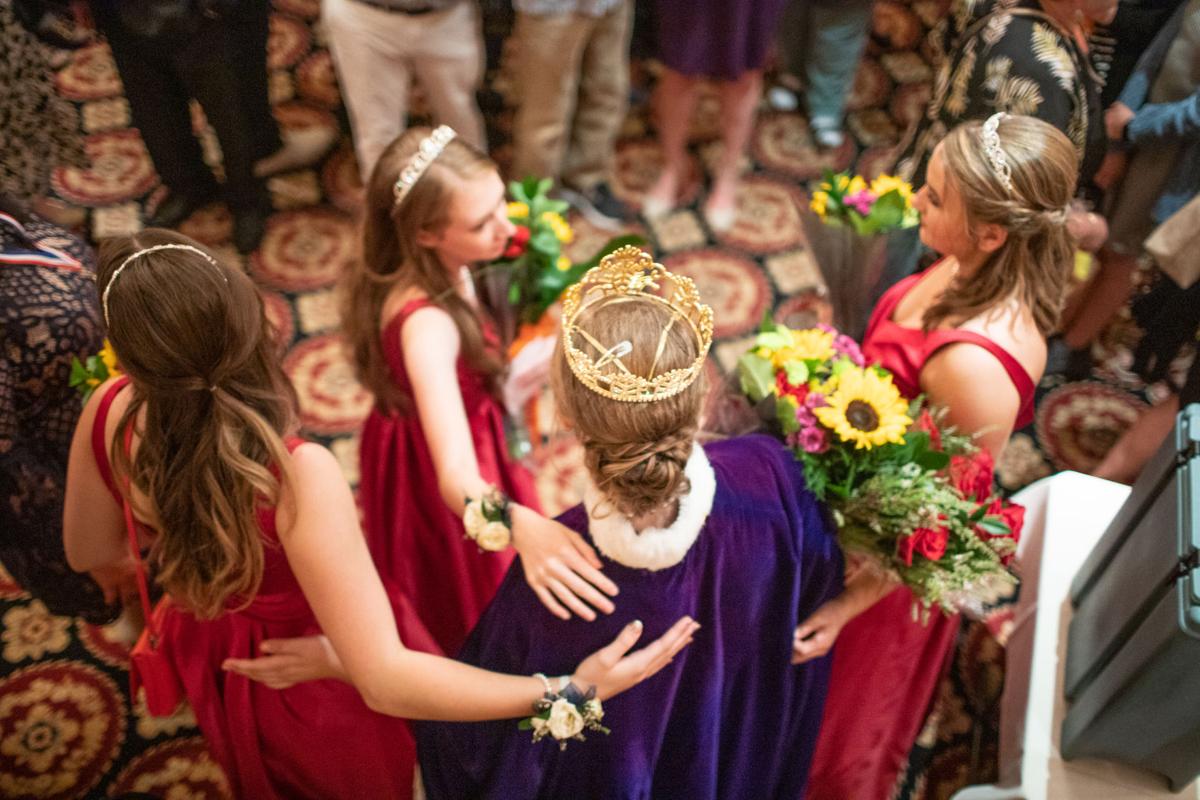 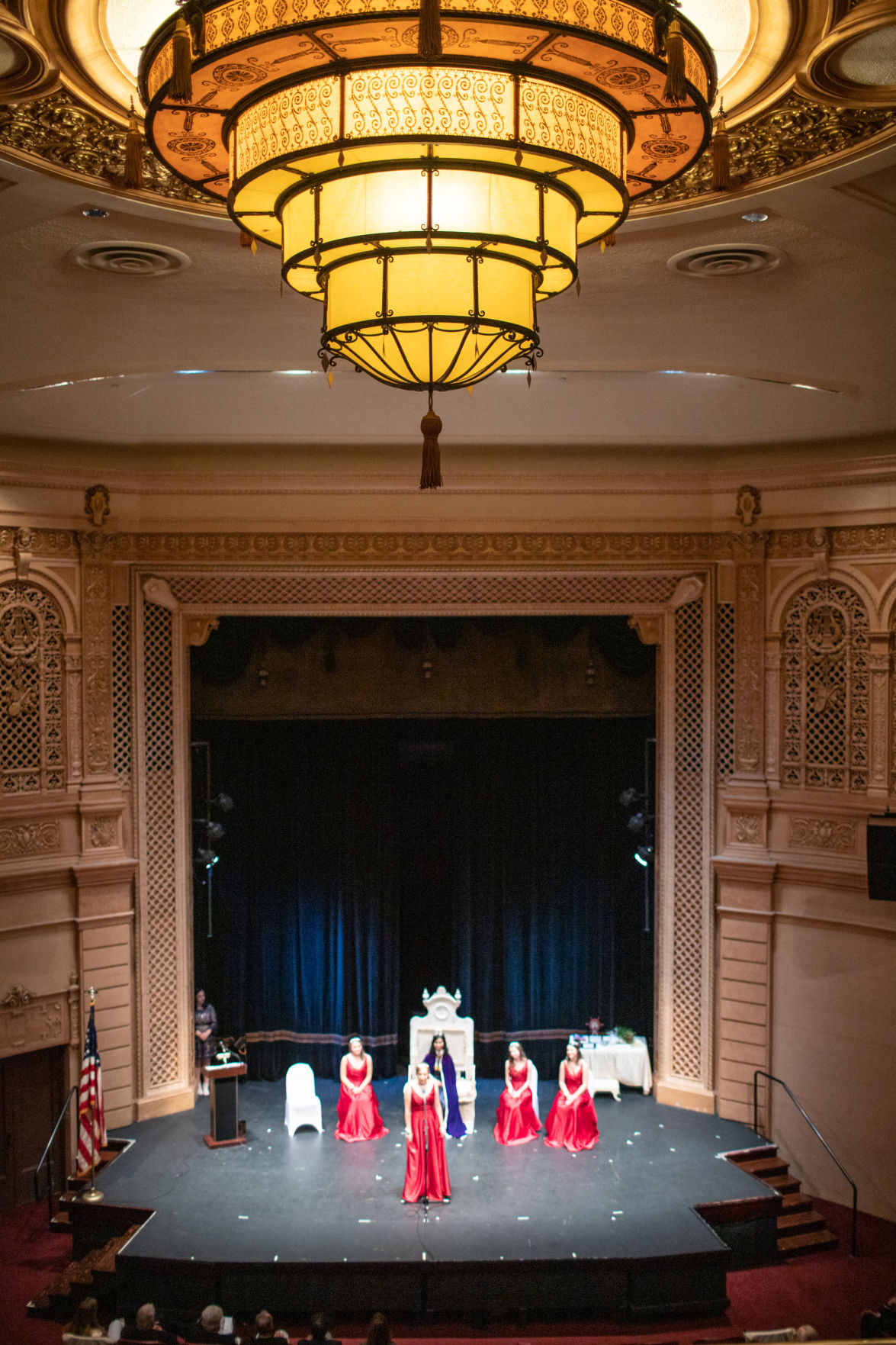 Mara Dowaliby gave a speech on the history of Astoria at the Liberty Theatre. 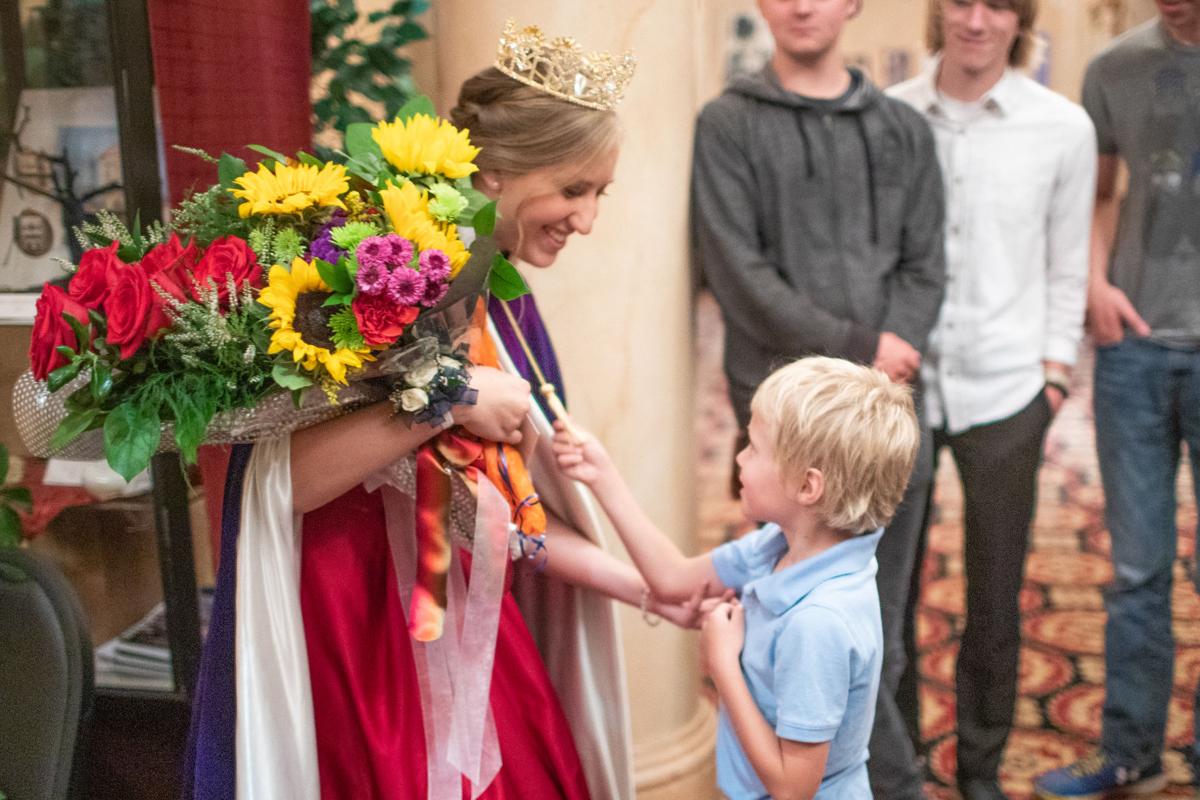 Mara Dowaliby’s cousin, Liam Major, 7, tugs on the tassels of her royal cape.

Mara Dowaliby has wanted to be an Astoria Regatta queen since she was 8 years old. This year, her dream came true.

“It’s such an honor thinking back to my great-great-grandmother,” she said. “I never got to meet her, of course, but I’m carrying on what she started in our family, which is amazing. It means the world.”

The Dowaliby family still lives in the house in Warrenton that Eben Carruthers, Louise Tallant’s son, built decades ago.

Dowaliby’s older sister, Kim Louise Dowaliby, was crowned Regatta queen in 2013. In fact, each of the four Dowaliby sisters were featured on a local court. Mara, the youngest of the girls, shares her great-great-aunt’s crown and her middle name.

“I look in the mirror with the crown on and I see my sister Kim,” Dowaliby said. “I feel like I look just like Kim and I’m carrying on what she built up and so it’s really, really special.”

Dowaliby, a senior at Warrenton High School, was crowned on Wednesday night at the Queen’s Coronation at the Liberty Theatre.

“I’m on top of the world right now,” she said as her arms overflowed with flowers and a gold crown balanced on her head . “It doesn’t even feel real.”

Throughout the year, the Regatta Court made appearances, marched in parades and met with leaders across Clatsop County. Their efforts culminated at the coronation, where each girl gave a speech on the region’s history before judges selected the queen.

Dowaliby focused on Clatsop County businesses in the 1890s.

“Regatta has always been a working man’s festival,” she said in her speech. “We are proud of what this city has become.”

The four-day celebration wraps up Saturday with a handful of signature events, including the Grand Land Parade and the Highwater Boat Parade. City Councilor Joan Herman, who came to Astoria more than 30 years ago, will ride in the fire chief’s vehicle at the Grand Land Parade.

The Regatta’s milestone anniversary drew national attention. U.S. Rep. Suzanne Bonamici presented a statement for the Congressional Record honoring the 125th Astoria Regatta to the court and the City Council on Thursday afternoon.

“This is a joyous milestone for one of the oldest festivals west of the Rocky Mountains and an important moment to pause and reflect on the significance of the Regatta to our region,” the Oregon Democrat said.

“Through the Royal Court, the Regatta helps develop the leadership skills of young women.”

“I saw how much my sisters grew from the program,” she said. “It wasn’t just about wearing the dresses and the crowns, it was about growing into a young woman who has all these new talents and skills.”

Two of Dowaliby’s sisters traveled from out of state for the Regatta.

“I wouldn’t miss anything to support her,” Kim Dowaliby said.

The sisters were joined in the audience at the Liberty Theatre by their mother, Dixie, a cousin from Idaho, both grandmothers and more extended family.

Dowaliby’s grandmother, Betty Cunningham, was part of the Anchor Club in the early 1970s. She wore her navy Anchor jacket to the coronation, decorated with a Regatta pin.

“It’s a big deal,” Cunningham said. “This is Astoria. It’s our history.”

Dowaliby’s aunt, Nancy Kennell, is one of the festival’s board members. She has been involved with Regatta for more than 20 years.

“She’s always smiling,” Kennell said of Dowaliby after she was crowned. “She’s bubbly. She’s sparkly. She’s the one that always wants to make sure everyone is included.”