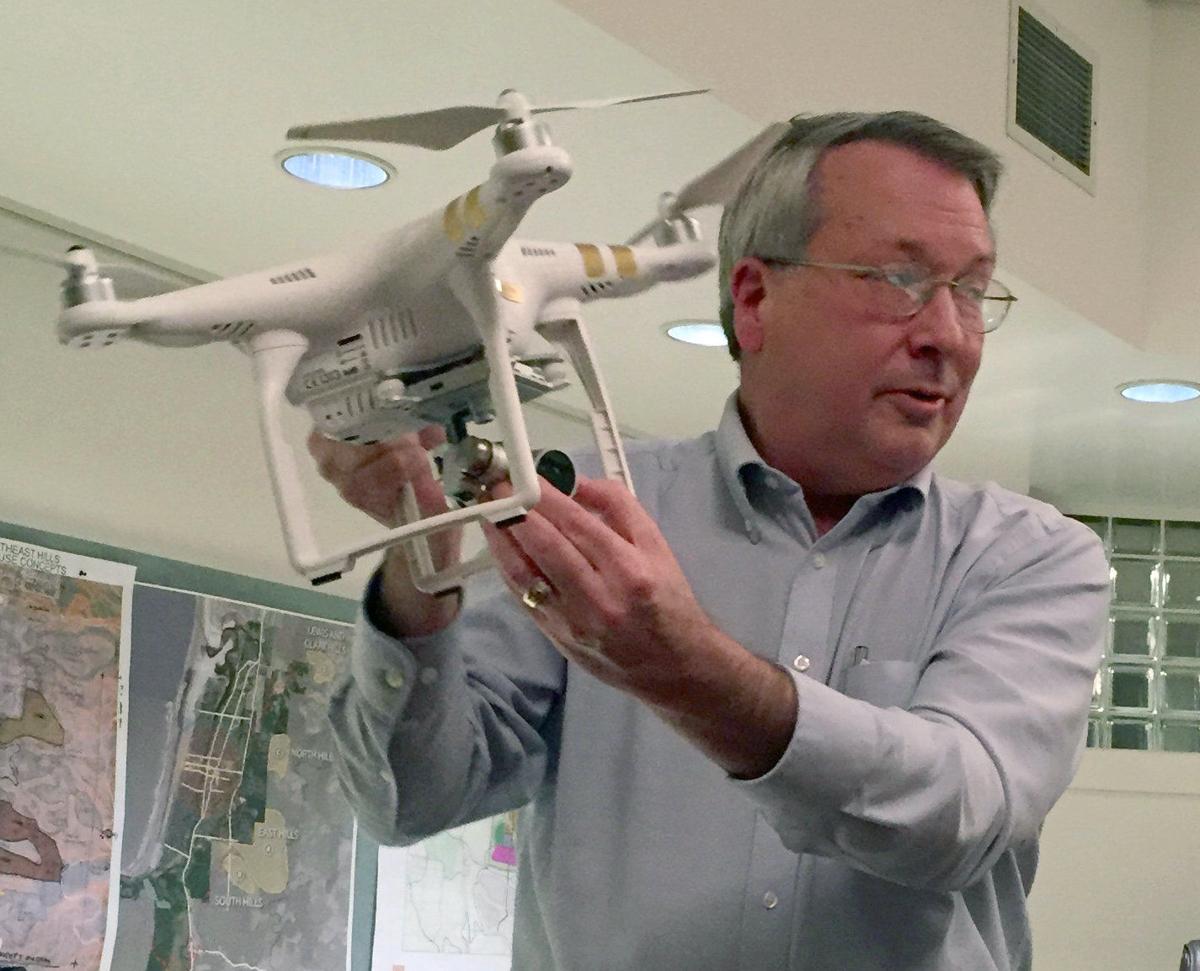 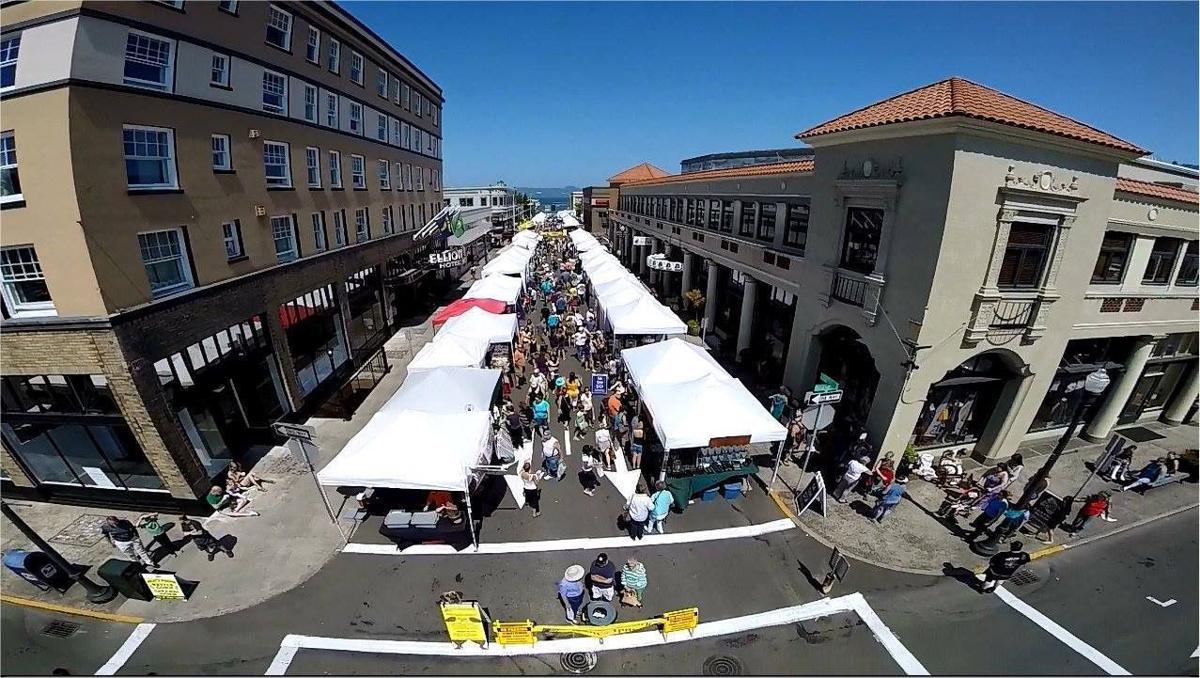 Dan Sealy of Brevin's Fudge used his drone to take a picture of the Astoria Sunday Market in 2014. 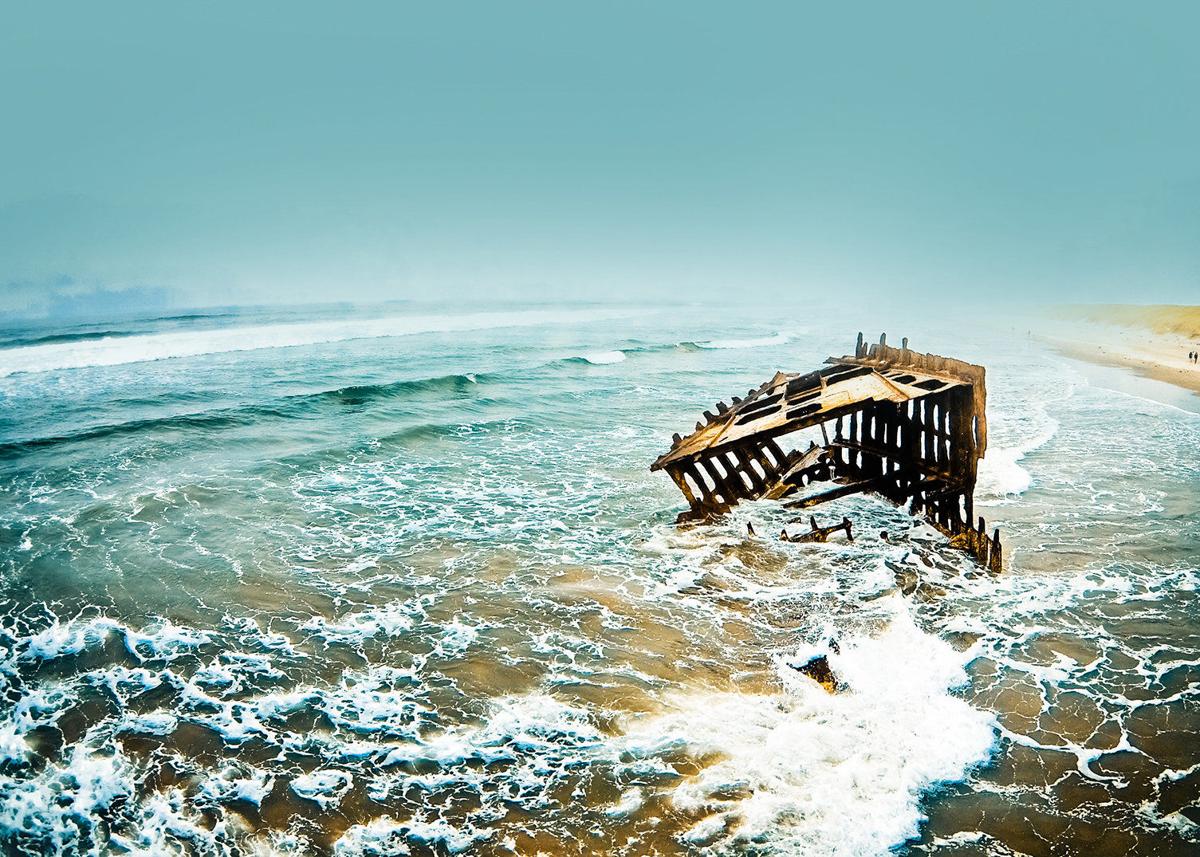 “Iredale from the Air,” a photo of the Peter Iredale shipwreck in Fort Stevens State Park, was taken with a drone camera by Lisa Lamping of Warrenton. This photo was in the Top 25 of the 2015 Coast Weekend Photo Contest published in January. 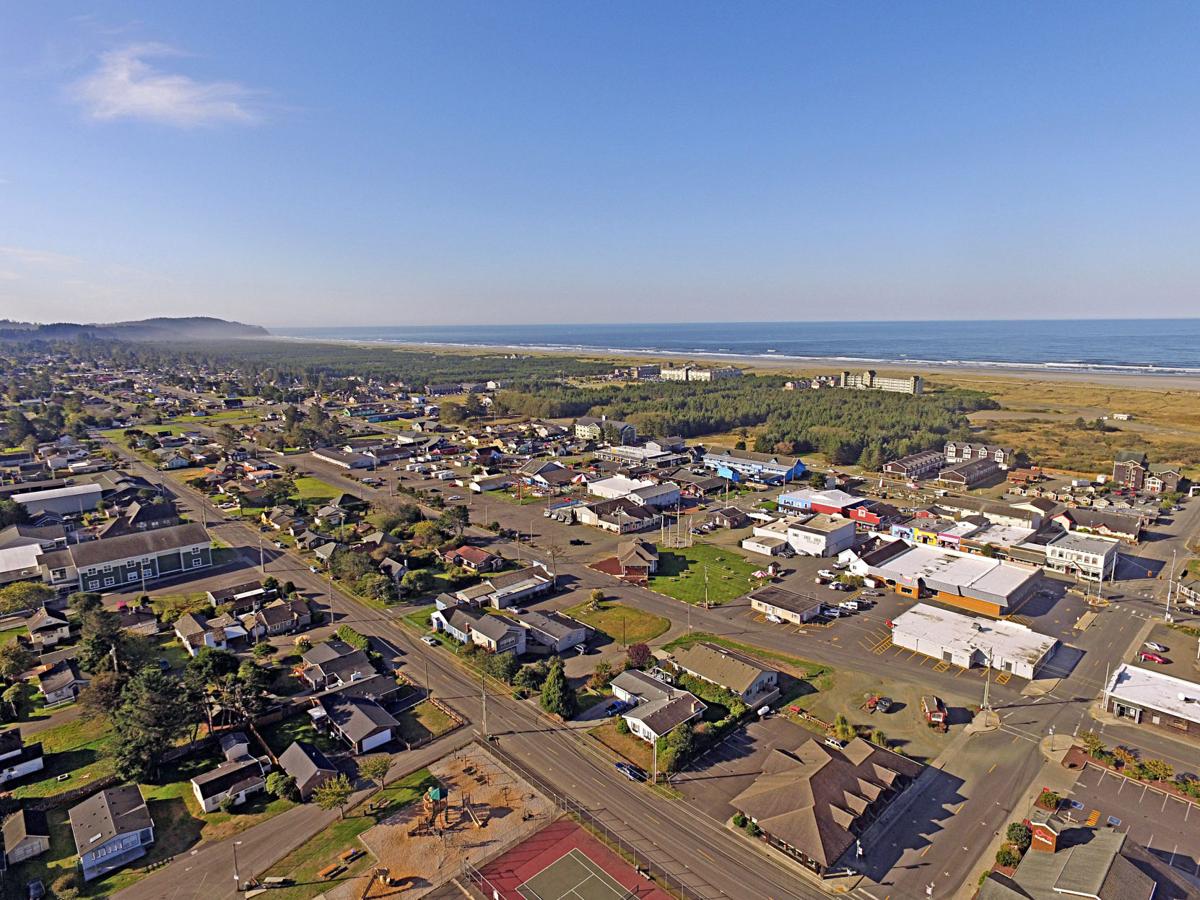 A shot of downtown Long Beach, Wash., captured by Bob Duke with his Phantom 3 drone.

Dan Sealy of Brevin's Fudge used his drone to take a picture of the Astoria Sunday Market in 2014.

“Iredale from the Air,” a photo of the Peter Iredale shipwreck in Fort Stevens State Park, was taken with a drone camera by Lisa Lamping of Warrenton. This photo was in the Top 25 of the 2015 Coast Weekend Photo Contest published in January.

A shot of downtown Long Beach, Wash., captured by Bob Duke with his Phantom 3 drone.

SEASIDE — Drones are everywhere these days, it seems, as eyes in the sky at weddings and special events, providing assistance for law enforcement and offering a glimpse into otherwise unnavigable geographic territory.

But risks from drone flights — including potential accidents, terrorism and privacy concerns — drew attention at a meeting of the Seaside Municipal Airport Advisory Committee, as members debated whether to enact regulations on the evolving technology.

“This is all a new world,” Randall Henderson, the committee’s chairman, said. “There are no regulations at all.”

Henderson said the city of Seaside had yet to propose a policy, and he was “not in any hurry” to do so.

“But on the other hand it’s incumbent upon us to explore what’s legal and what’s safe and hear from all parties involved,” Henderson said.

Gearhart resident Jeff Gage, a drone enthusiast, showed committee members a DJ Innovations Phantom 3 drone, which he said “probably outsells every other kind in the world by a factor of two.”

With more than half a million sold a year, these Chinese-made aircraft can be flown as far as 8 miles away from the operator. They are basically “flying cameras” weighing about 2 1/2 pounds, Gage said, although drones can weigh far more.

Gage said Congress passed a law in 2012 redefining drones not as “hobbyist drones” but as aircraft.

“If I want to take this thing to Mexico, I would have to fill out all the same forms if I was going to take a real aircraft to Mexico,” Gage said.

The Federal Aviation Administration, which regulates U.S. aircraft, recommends users inform the airport or tower within 5 miles. “That’s not a requirement, it’s a recommendation,” Gage said.

Gearhart resident John Dudley asked the commission “to balance restrictions and regulations with sane use of the drones.”

“Where we live in Little Beach, there are a lot of short-term rentals, and we’ve seen a number of people who are there for a day or two or three with drones, and they’re in and they’re out,” Dudley said. “They’re there to have fun, but often they abuse the privileges and don’t respect other people or other things, that would be doubly hard to control, to advise those people.”

Henderson pulled the conversation back. “We need to try to stick to what effects they’re going to have at the airport,” he said.

Henderson said he did not want the airport committee to end up “being a sounding board for people’s complaints of drones peeking in people’s windows.”

He and other committee members said they sought a way to provide for drone users to register their flight plans with the city.

He recommended those calls be directed to police dispatch.

Committee member Bruce Francis agreed police dispatch would be more practical than notifying the city or the airport.

“That’s a very easy way to overcome this problem. Because dispatch is there 24 hours a day. That way you know you’ve met the ‘burden’ requirement, because it’s logged in with an official,” Francis said. “If it ever comes to the lawsuit — we’re waiting for the first crash — and we know it’s going to happen — you’ve got it logged in.”

Seaside Municipal Airport is a small paved airstrip. It is considered usable by light single engine and twin aircraft only. The airport is used by local pilots and “flightseeing” operations.

“Everybody’s kind of wondering; they have all the same questions,” Henderson said. “I’m hoping some sort of guidelines come out of the Oregon Pilots Association that are flexible and have measures that would apply to small- , medium- and high-traffic airports, so cities could know what to say. We really don’t have anything to this point.”

Know Before You Fly campaign: http://knowbeforeyoufly.org

• Fly below 400 feet and remain clear of surrounding obstacles.

• Keep the aircraft within visual line of sight at all times.

• Remain well clear of and do not interfere with manned aircraft operations.

• Don’t fly within 5 miles of an airport unless you contact the airport and control tower before flying.

• Don’t fly near people or stadiums.

• Don’t fly an aircraft that weighs more than 55 pounds.

• Don’t be careless or reckless with your unmanned aircraft — you could be fined for endangering people or other aircraft.