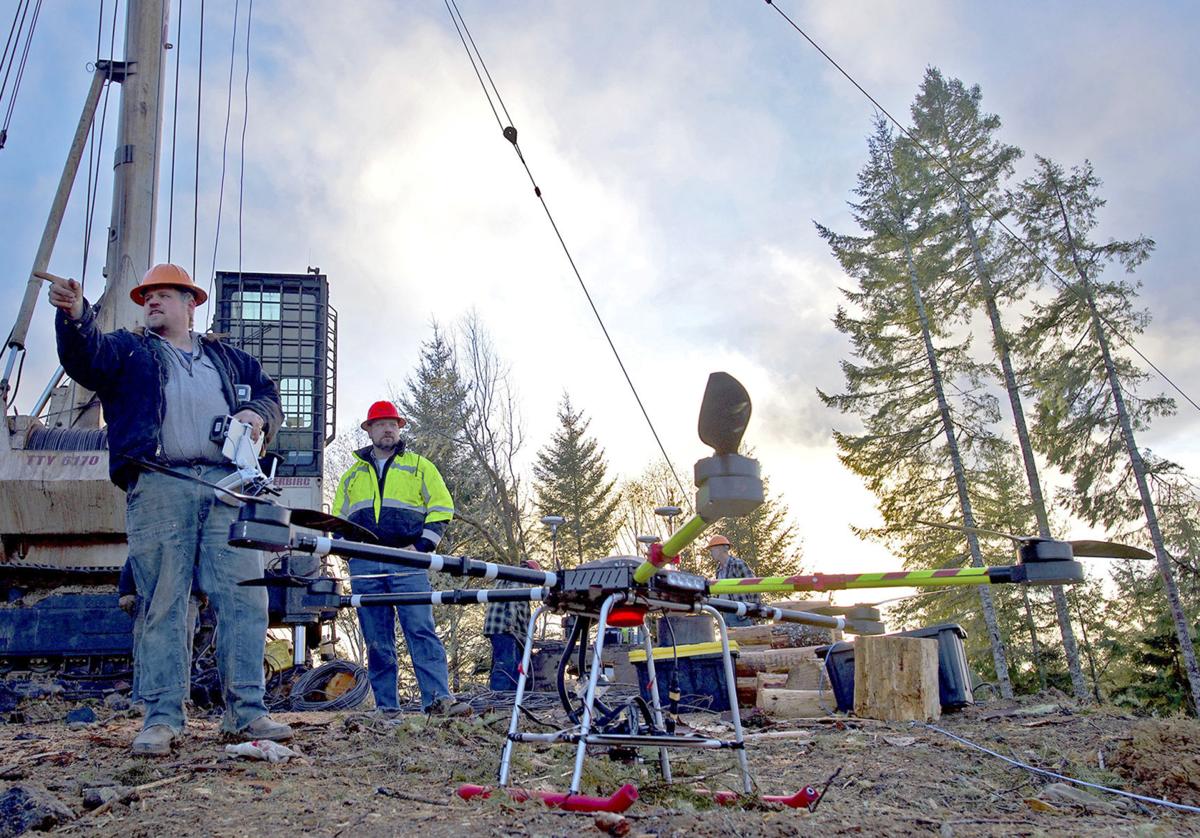 Tim Ruyle, far left, prepares to fly a drone at a logging site near Jewell. 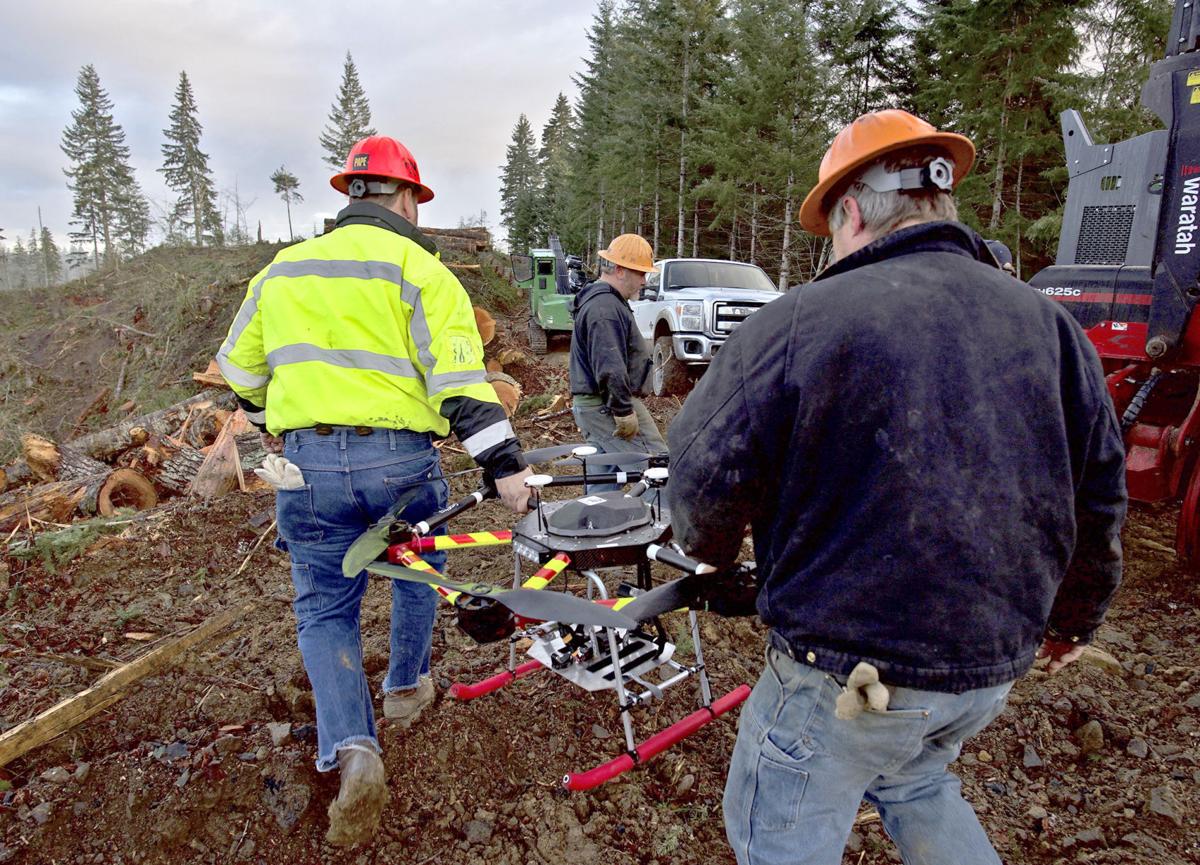 Mark Standley Jr., left, and Tim Ruyle, right, haul the drone back to a truck after the flight. 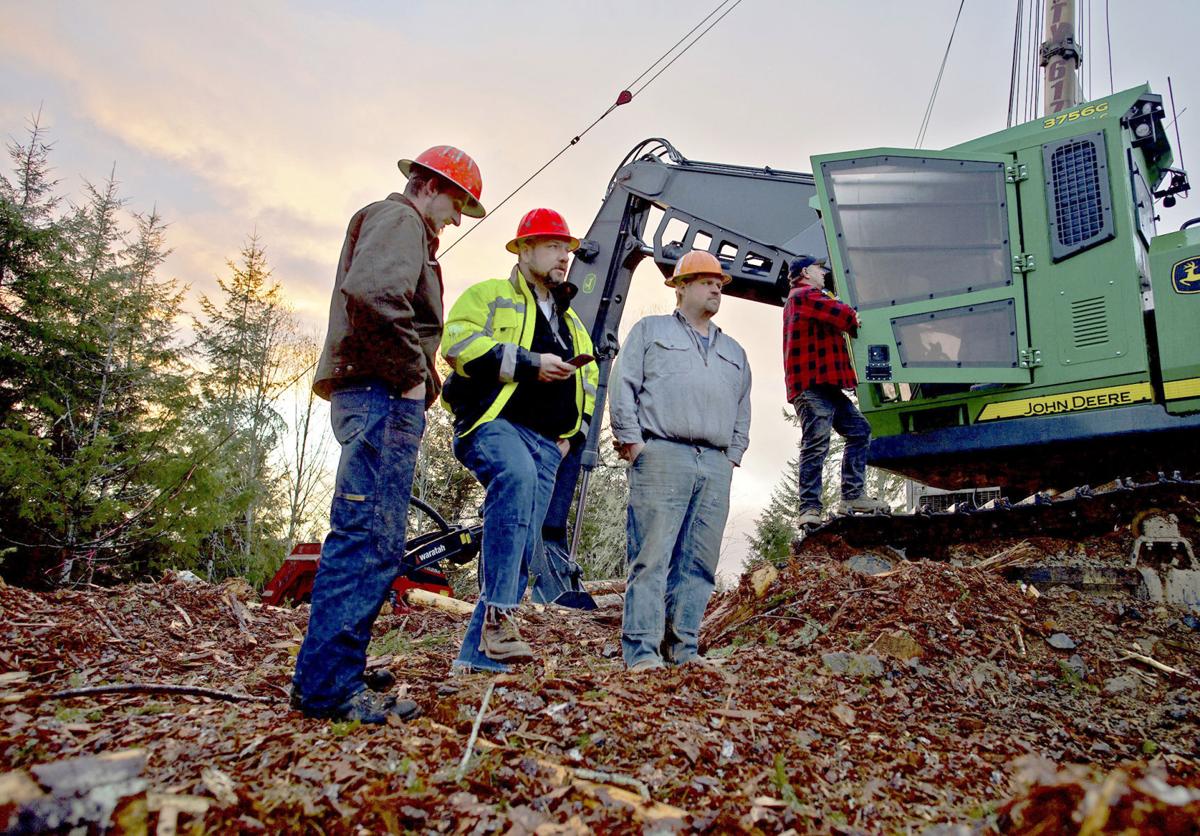 Mark Standley Jr. and Tim Ruyle, center, discuss the plan for using a drone to transport equipment with logging personnel at the work site. 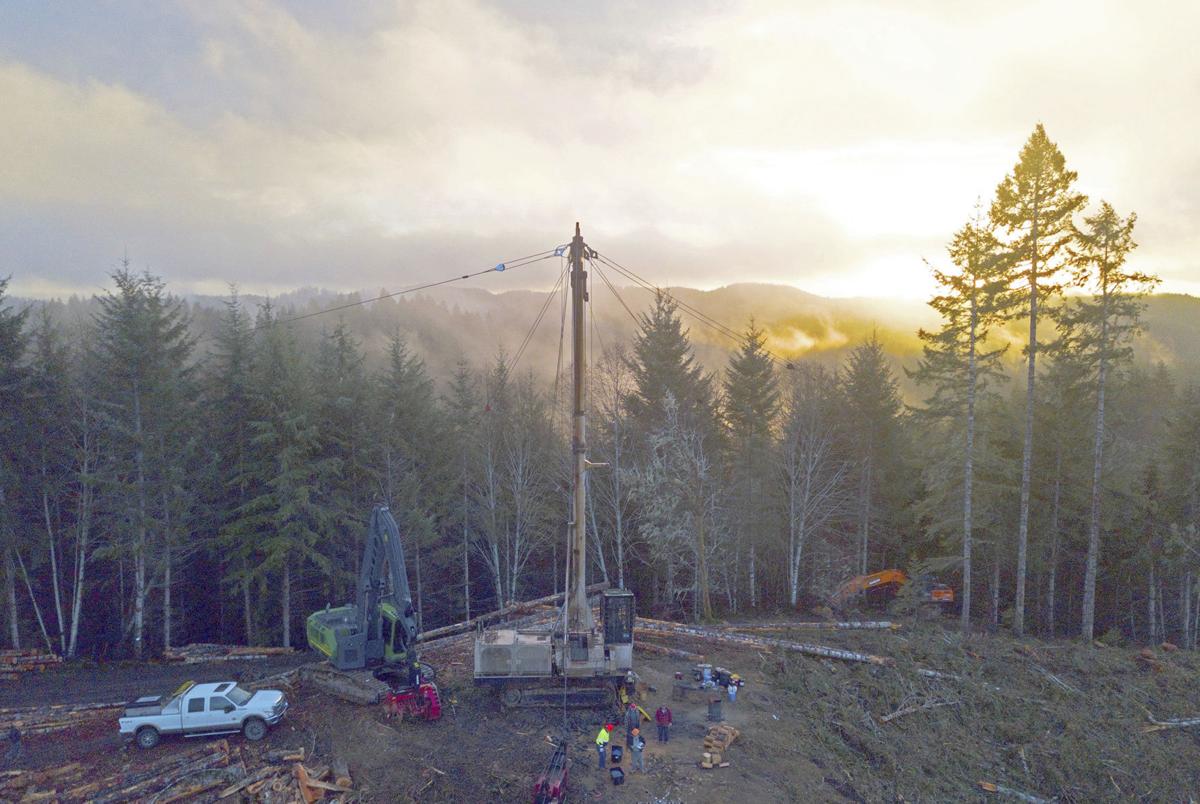 Logging equipment sits at a site near Jewell where drones are used to transport cables. 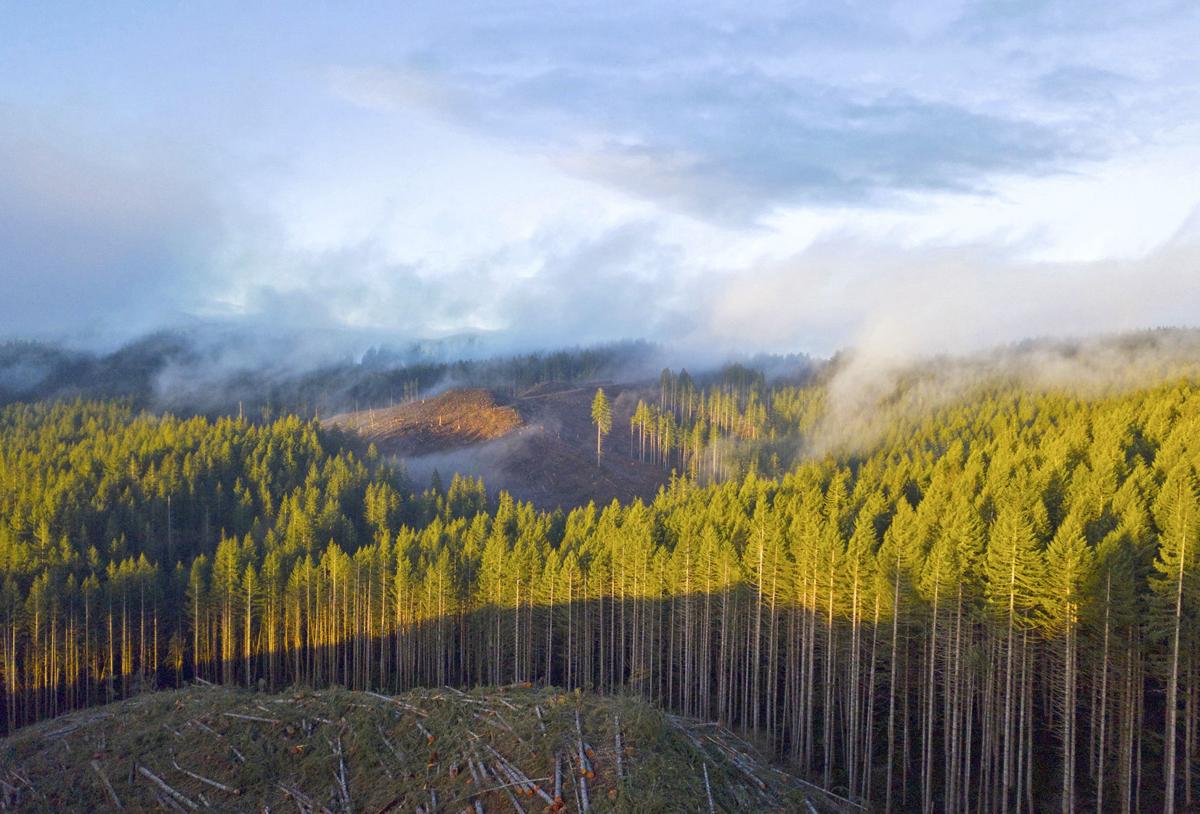 The sun rises over a logging site where drones are used to help loggers transport equipment.

BIRKENFELD — Colton Befus, a hook tender with Banks-based Bighorn Logging Corp., faced a hard day in the Clatsop State Forest stringing more than 3,000 feet of cable across a canyon to an anchor trunk so his crew could haul logs up to the landing.

Instead, the crew called in Tim Ruyle, an operations manager with Bighorn, who arrived early in the morning and unpacked their relief from a box in his truck bed — a stout, six-propeller drone from Pacific UAV Technology.

After a quick setup, Ruyle’s drone took off, towing a blue rope that would later be used to string cables across the canyon to run a grapple picking up and dragging logs to the landing. A task Befus estimates would have taken him and a member of his rigging crew an entire day took Ruyle about seven minutes with his drone, controlled by an iPad.

“It’s definitely going to save the hook tender from pulling his ass off,” Befus said.

Ruyle does such flights several days a week, but said Bighorn could probably have someone running a drone full time, saving loggers from one of the more dangerous aspects of their jobs.

Mark Standley is a fifth-generation Oregon logger and safety consultant with more than 40 years in the field. Several years ago, he started tinkering with the idea of drones after seeing them in action in New Zealand.

Looking to make the workplace safer, Standley and other partners started a process of trial and error to create a drone powerful enough to carry logging and firefighting equipment.

“I started out to build them too big,” he said. “I wanted to lift like 80 pounds, and it was just too much. Technology’s not quite there yet, and it’s not legal.”

Standley tested the drones out with Bighorn, where his son, Mark Standley Jr., is vice president. Over time, he refined the design into a six-propeller drone capable of carrying more than 50 pounds. A little over a year ago, he started Pacific UAV Technology, and has sold nine of the $40,000 unmanned aerial systems to regional logging companies.

While all his customers so far are loggers, Standley sees a future in which his drones provide educational opportunities and fill gaps in emergency response.

He has been marketing his drones to school districts, encouraging them to start training students as pilots who can earn cash while still in high school. His grandson, at 16, recently earned his Federal Aviation Administration drone license, going into the new family business flying equipment for loggers.

“He has a jacked-up truck with a spooler and a drone,” Standley said. “He can go out and make good money.”

Pacific UAV was recently invited for a test run by the volunteer Rockaway Beach Fire Department. They had watched a YouTube video of one of Standley’s drones practicing pulling in a raft with a drowning survivor for the Banks Fire Department.

Standley’s drone easily carried a rope attached to a lifesaving buoy 1,000 yards out from a parking lot, past the breaking surf and into the open ocean, where it could drop the buoy.

“Everybody was amazed,” said Jody Uerling, a volunteer with the fire department. “They thought the drag was going to be a big issue.”

The fire department already uses a remote-controlled boat that can carry life preservers and act as a flotation device. The support from drones is necessary given the manpower it takes to launch a traditional rescue, he said.

“Everyone is struggling to get volunteers, and we need five volunteers before we can launch our jet skis,” Uerling said. With the drone, “two guys could launch a water rescue while we’re waiting for more people to show up.”

Standley envisions his drones filling a variety of roles, from search and rescue to firefighting, boasting of their ability to drag 1,000 feet of firefighting hose.

“It’s just amazing what this thing will do,” he said.