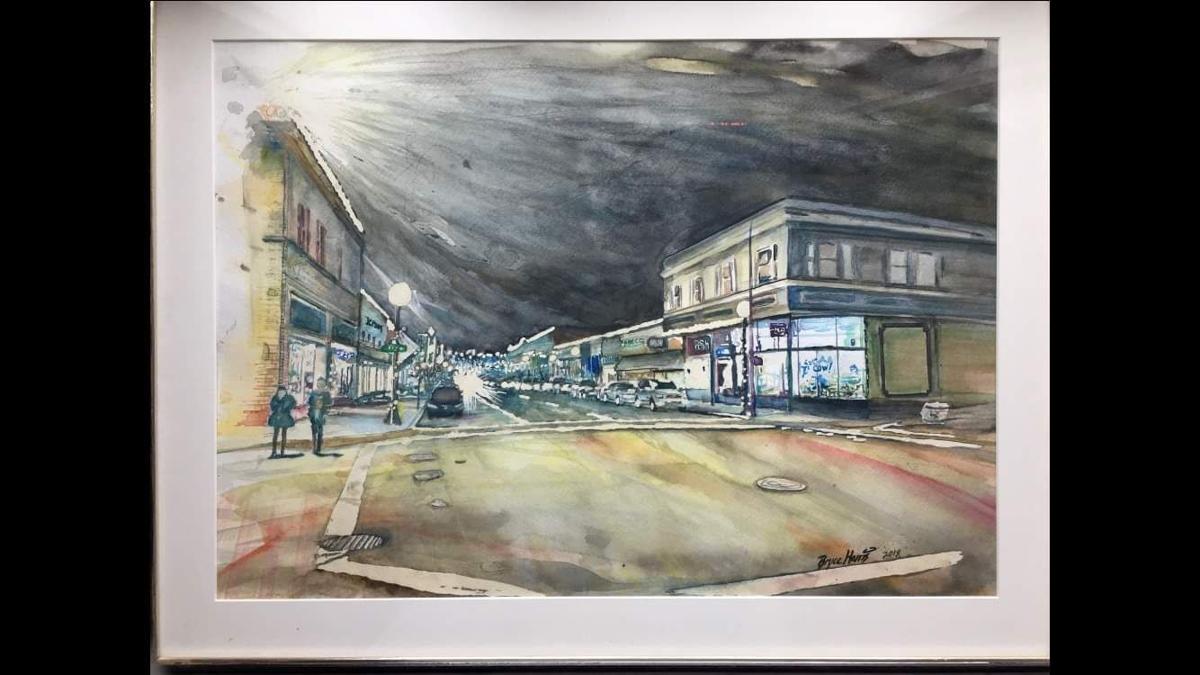 A watercolor of Commercial Street in Astoria. 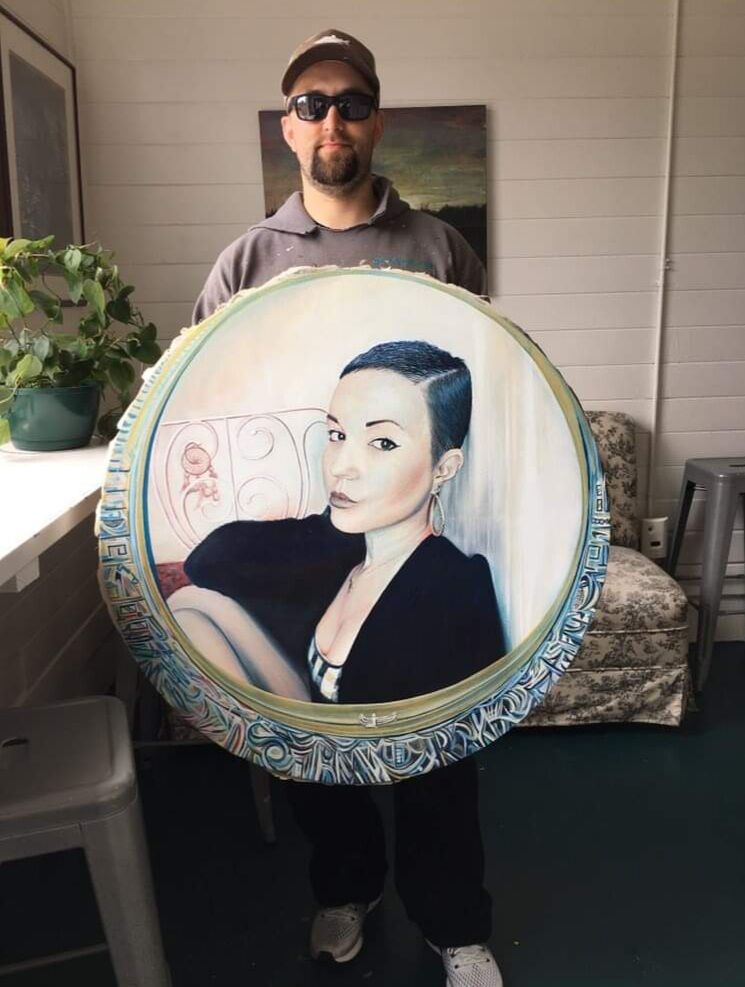 Bryce Harris holding a portrait he painted with acrylic on canvas.

For Bryce Harris, art was always a secret passion that became more visible as he devoted more time to the craft and improved his skills.

The Astoria native’s paintings have been displayed at several local retailers. He has also painted signs and murals for businesses, including Astoria Brewing Co., A-Town Coffee and Ship Out Fish & Chips.

Harris began drawing in high school and described art class as freeing and therapeutic — a place he could listen to music, draw and be himself.

He began solely sketching in black and white, and as he became more practiced by imitating other work and interpreting techniques, his drawings became larger and more complex.

“And it just evolves into something that you’re just all of a sudden doing now,” he said. “Whether because you’re trying to do something better than somebody else or you’re trying to create your own thing. Your actions just start showing themselves, and then you start critiquing your own actions from there.”

Although Harris liked colors, he had difficulty working with them. He discovered later in high school that he is red-green color blind.

“And so I don’t really see colors very well or the same as everyone else,” he said. “I decided, well, black and white is easy, and I’ll start with easy and just keep repeating easy.”

Harris didn’t begin experimenting with color until about 9 years ago, when he decided to go crabbing for a summer.

“During my off time, I would just be bored waiting to work again, not used to the whole pace of crabbing,” he said. “So I just started buying spray paint and looked up a YouTube tutorial called Spraycasso and just started doing spray paint tutorials and playing around.”

He said it also helped him with the stress of the job.

“That was a way to kind of introduce myself to colors and see if I can make something kind of like he does. And then I did it, and I was like, ‘Wow, that was five, 10 minutes, and it looks really good.’ And I think most people would think that this was harder than it was.

“You kind of got to trick yourself — ‘All right, that was fun and it was rewarding. Let’s do it again.’ And they just kind of get better from there.”

Now Harris’ work is primarily acrylic on canvas and watercolor. He mostly paints landscapes, but plans to continue expanding into more difficult pieces like portraits.

“I’m kind of saving those for later, in a sense, even though I’ve done a few,” he said. “I think I’m training myself.”

Lately, he noticed more of his work has been tracking the changes in Astoria. One of his watercolor paintings features J.C. Penney, Abeco and Thiel’s Music Center.

“And then like months later, they were all gone,” he said.

“And now he’s moved out of that place and is no longer in business there,” he said. “It’s his little keepsake and history. And then for me, it is also kind of cool to look back on.”