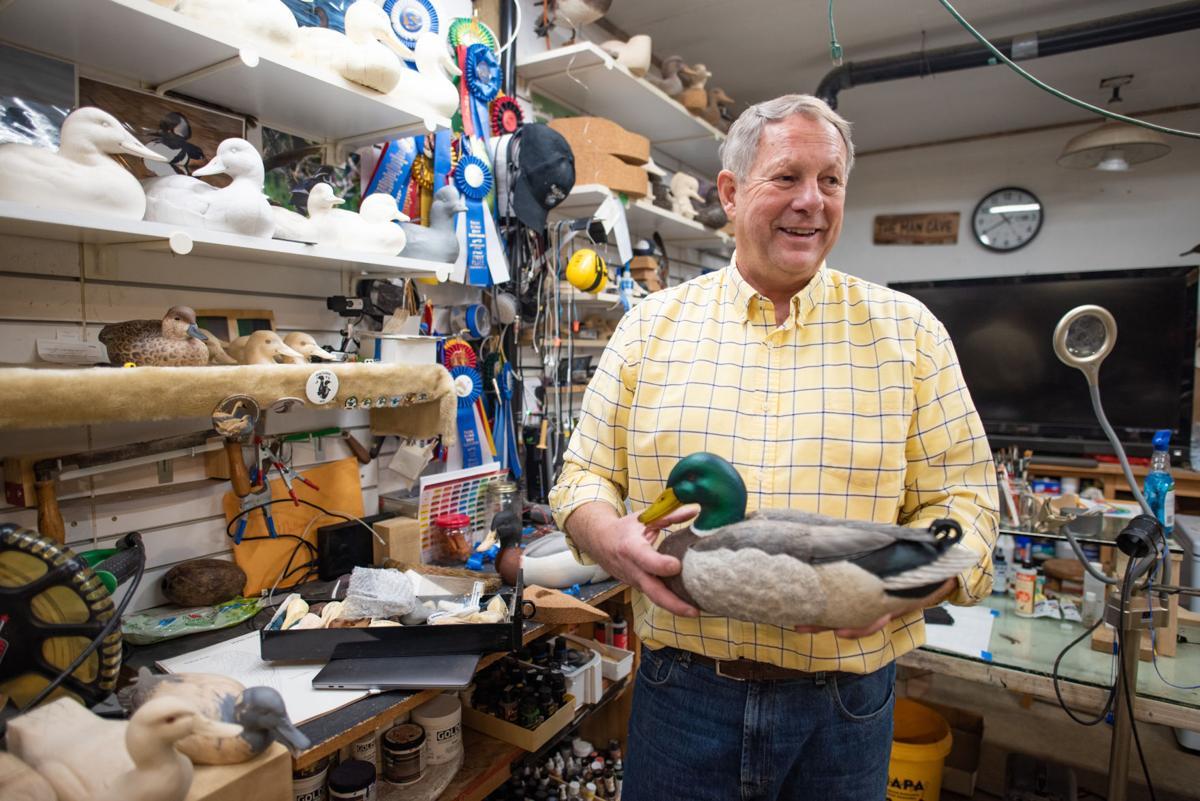 Rick Pass holds a finished mallard duck he hand carved and painted in his shop at his home in Svensen. 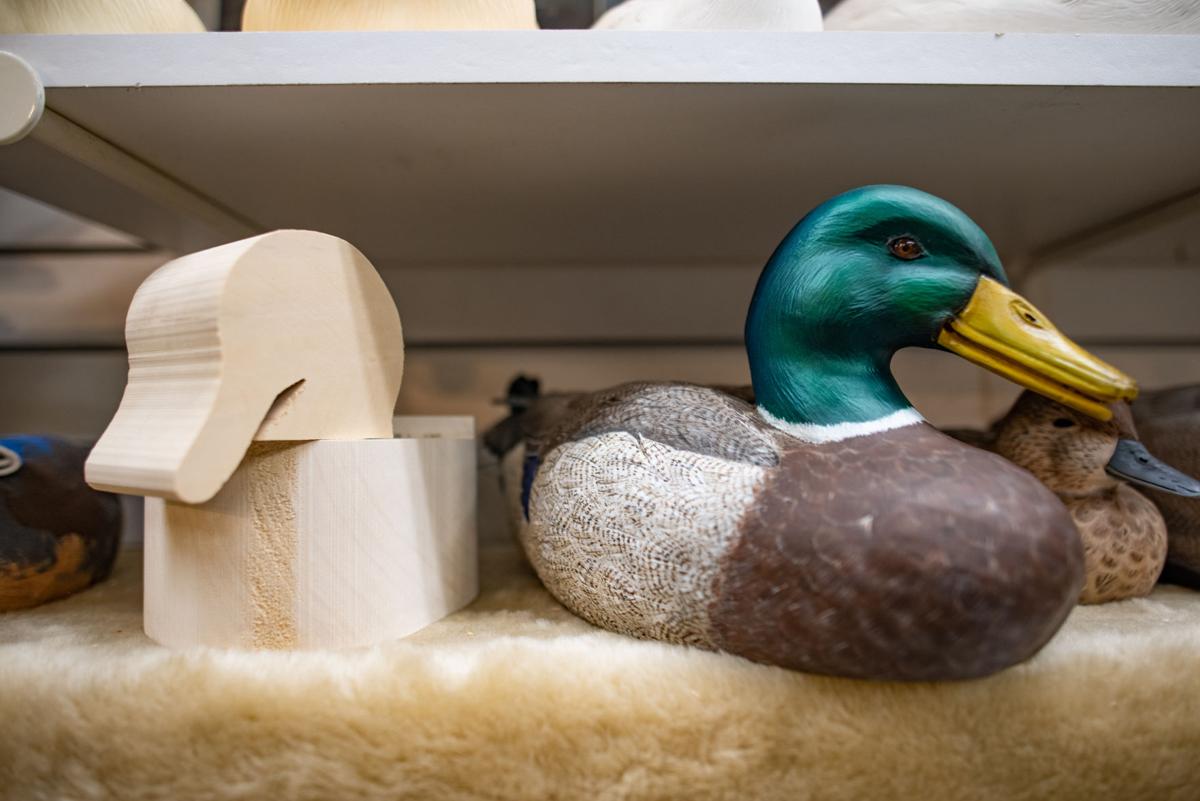 After hours of work, Pass can turn two simple blocks of wood into lifelike sculpted ducks.

After retiring from a career as an educator in 2013, Rick Pass has spent the past several years developing a craft of carving and sculpting ducks from wood.

Pass, 66, of Astoria, spent 35 years as a high school teacher, principal and superintendent at the Knappa, Ilwaco and Naselle schools districts.

Before retiring, he decided to take a carving class at Clatsop Community College, where he was exposed to the art of carving waterfowl.

His home and studio in Svensen sit along the Columbia River, where ducks congregate and serve as inspiration for his work.

Although he found it frustrating to learn in the beginning, Pass kept coming back, and eventually became deeply committed to the craft. He bought books, took classes and sought out the best duck carvers in the world.

“I didn’t realize there was this whole world out there of duck carvers,” he said. “In order to get good, I have to find the best and then I go to them.”

He reached out to a duck carver in North Carolina and spent 10 days with him learning the basics. Over the years, he has shared his work with mentors and made improvements.

Pass said it took years to get over the frustration of the learning curve.

“I don’t know if I’m completely over it,” he said. “But working with the best in the world and knowing I can send them an email or call them on the phone and that they are willing to help has been helpful.”

Pass has made 73 ducks, but he only started counting once he felt they were good enough to give away.

He said it takes a minimum of 100 hours to make a duck. As difficult as it is to master the carving, he said, painting is more difficult.

As he became more skilled, Pass began competing at shows across the U.S. and Canada. The competition categories include novice, intermediate, open and championship — which are the best in the world.

Pass competes at the open level and hopes to eventually compete at the championship perch.

“When I first started carving, a ribbon was important. But now what’s important is going and meeting with the other carvers,” Pass said. “I always ask ... what would you do differently on mine?”

Pass’ friend, Harold Brown, joins him in his studio several times a week to work together and prepare for competitions.

Brown, the former attorney general of Alaska, moved to the North Coast in 2010. He was connected to Pass by a mutual friend after he expressed interest in wanting to learn how to carve duck hunting decoys.

“Rick is a teacher, so he has patience for (people) trying to learn,” Brown said. “The big problem with carving is doing it alone can be pretty lonely.”

He said it has been easier having Pass show him how to get over the hurdles that come with learning.

“Because he has trod the same path that I was along before me,” Brown said.

Every year, they travel together to competitions and the world championships in Maryland.

“There’s something that keeps both of us coming back,” Pass said. “It’s like you get beat in the head, but you keep coming back. So, I don’t know what it is, stupidity or just that we love it.”