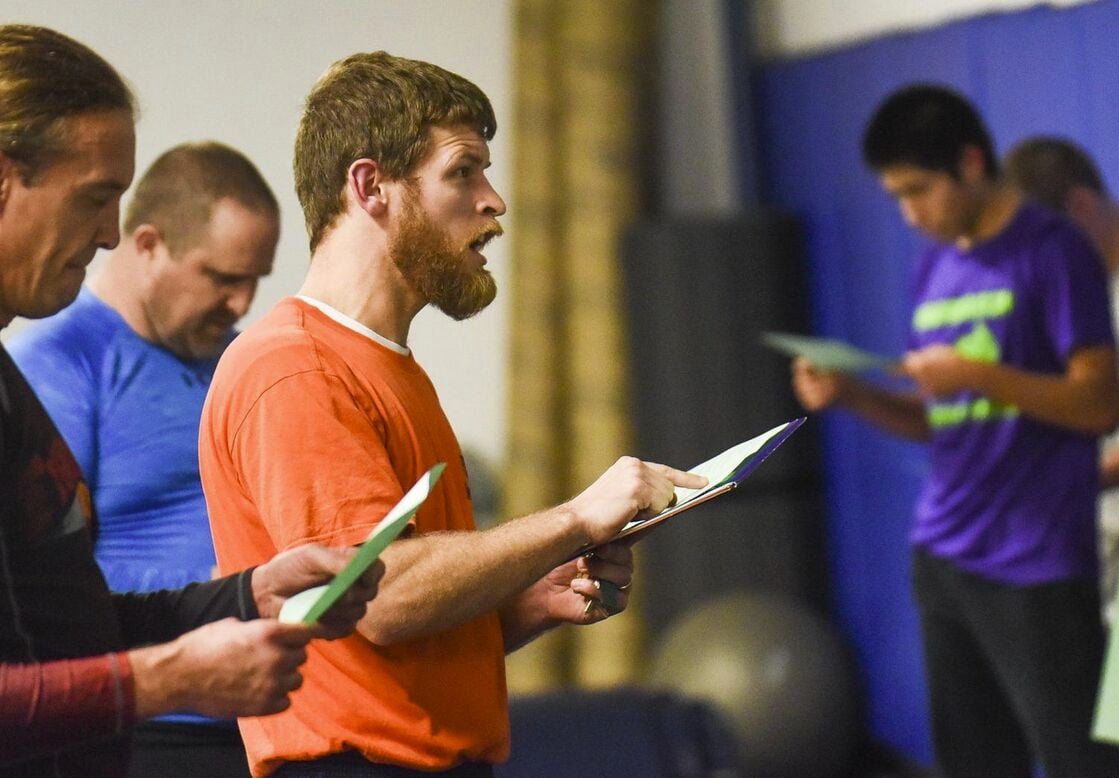 Corey Conant talks to his wrestling team before the 2018 season. 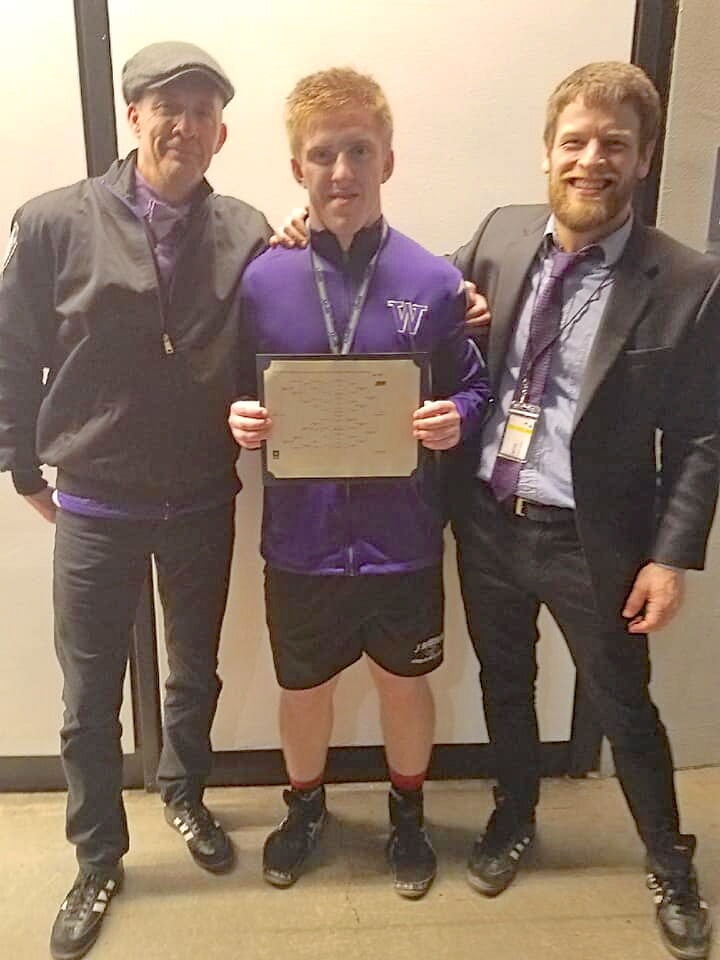 The coronavirus pandemic has dramatically changed the sports world. Entire seasons for some sports at the top levels have been canceled, moved or shortened.

Watching games involving Major League Baseball, the NBA or WNBA, one can’t help but notice the cardboard cutouts in place of real fans.

At the high school level, the 2020-21 school year will look much different.

The seasons have already been shortened, there may or may not be championships and empty bleachers at games may be a common sight.

One sport facing all sorts of challenges will be wrestling.

Basketball and football are high contact sports, while in wrestling, athletes are locked up in contact for most, if not all, of any given match.

The Oregon School Activities Association recently laid out the practice guidelines for wrestling in their rules for reopening, before matches begin in January: “Conditioning, mirror drills with spacing, no contact. Wrestlers may skill and drill without touching a teammate (as long as physical distancing is adhered to).”

All of which would make for a pretty uneventful wrestling match.

Warrenton wrestling coach Corey Conant had one of the most successful local teams last winter, and should have big numbers returning in December.

But, he said, “It’s hard to know what wrestling is going to look like. If we make changes to the sport … I don’t see that actually happening, just because it wouldn’t help very much. And we may be streaming matches (online), instead of fans in the stands. It’s a really rocky place for us.”

The days of the big Saturday tournaments and district meets — with 10 to 20 schools taking part — may be a thing of the past, for a while.

As for the matches, who knows? Athletes may be wearing gloves and masks, and the mats could be sterilized between matches.

“Of all sports, we pay pretty close attention already to germs and things like that, but if they’re talking about air droplets, I don’t really see how we can avoid that,” Conant said. “You could wipe mats down. It is concerning about the future, but hopefully we can get back to something normal.”

The coronavirus may have taken another big step in furthering the decline in wrestling at the collegiate level. Of the Pac-12 schools, only three — Arizona State, Oregon State and Stanford — still have varsity wrestling programs.

“There’s some movement in bringing it back for the smaller schools, and girls wrestling is doing well,” Conant said. “There’s still phenomenal wrestlers out there, but overall it is struggling.”

At Warrenton, “We’re going to be a support system, and be a team,” Conant, who also teaches fourth grade at Warrenton Grade School, said. “We will do what we can as far as conditioning and strength work, and conducting something like a practice.”

Last season, the Warriors tied for 13th in the 3A team standings at state, with one state champion, junior Sam Irwin at 195 pounds.

Irwin will be one of the top athletes in the state this coming school year, especially in football and wrestling, sports which will take place in reverse order this year. He could be heavily recruited in both.

“He loves both sports,” Conant said. “I know he’s excited about wrestling. He’s a stellar athlete. He just caught fire for us last year, so he’s ready.

“We’ll have the same numbers or more coming back, assuming people are comfortable in competing,” he said of the Warriors. “I hope we get to do something resembling wrestling this year. Just from the kids I’ve talked to on our team, they are excited and doing everything they can.”