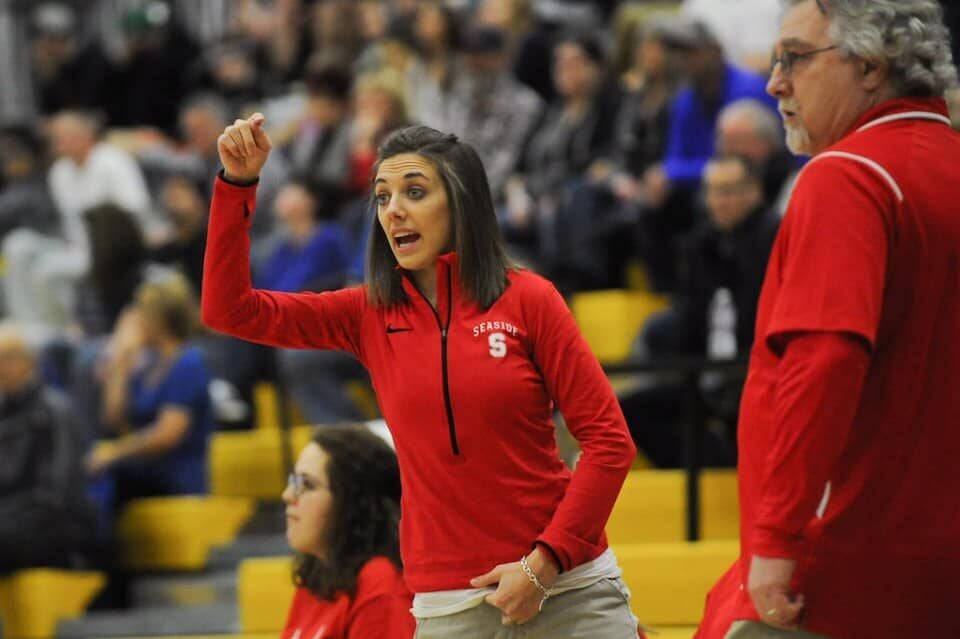 Marla Olstedt previously served as an assistant coach for Mike Hawes at Seaside. The girls basketball program now belongs to Olstedt, a former player for the Gulls. 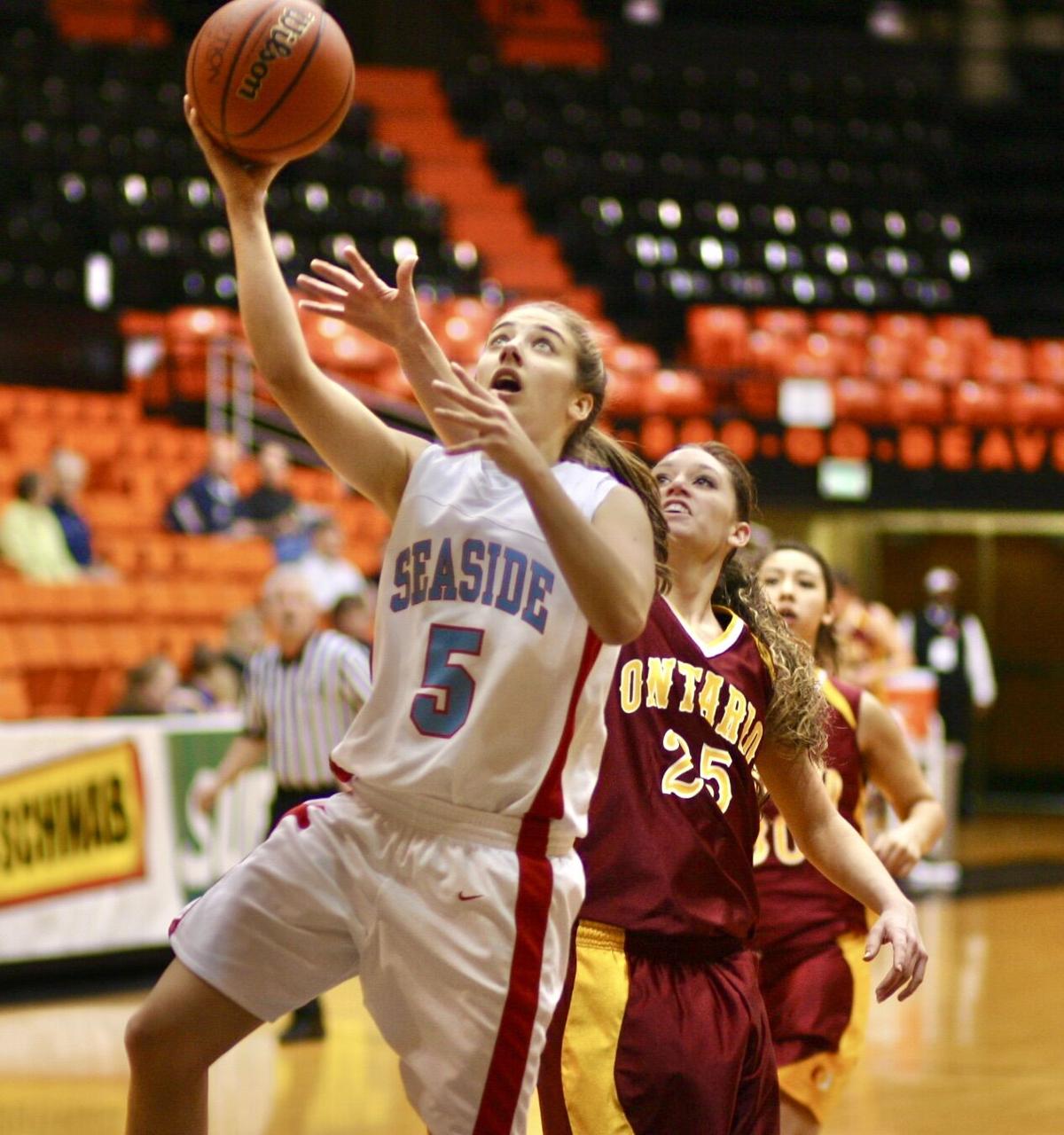 Marla Olstedt soars in for a score in her last game with the Gulls in 2008. 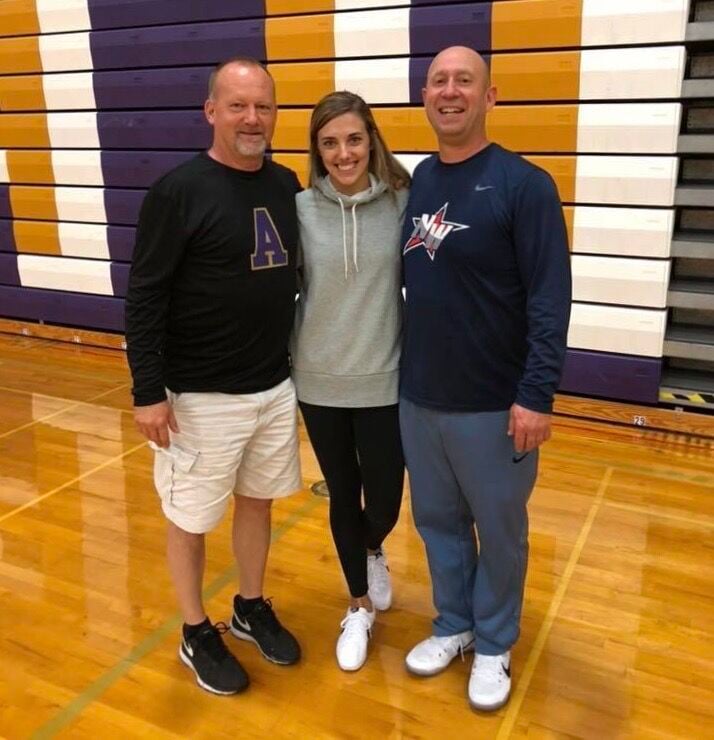 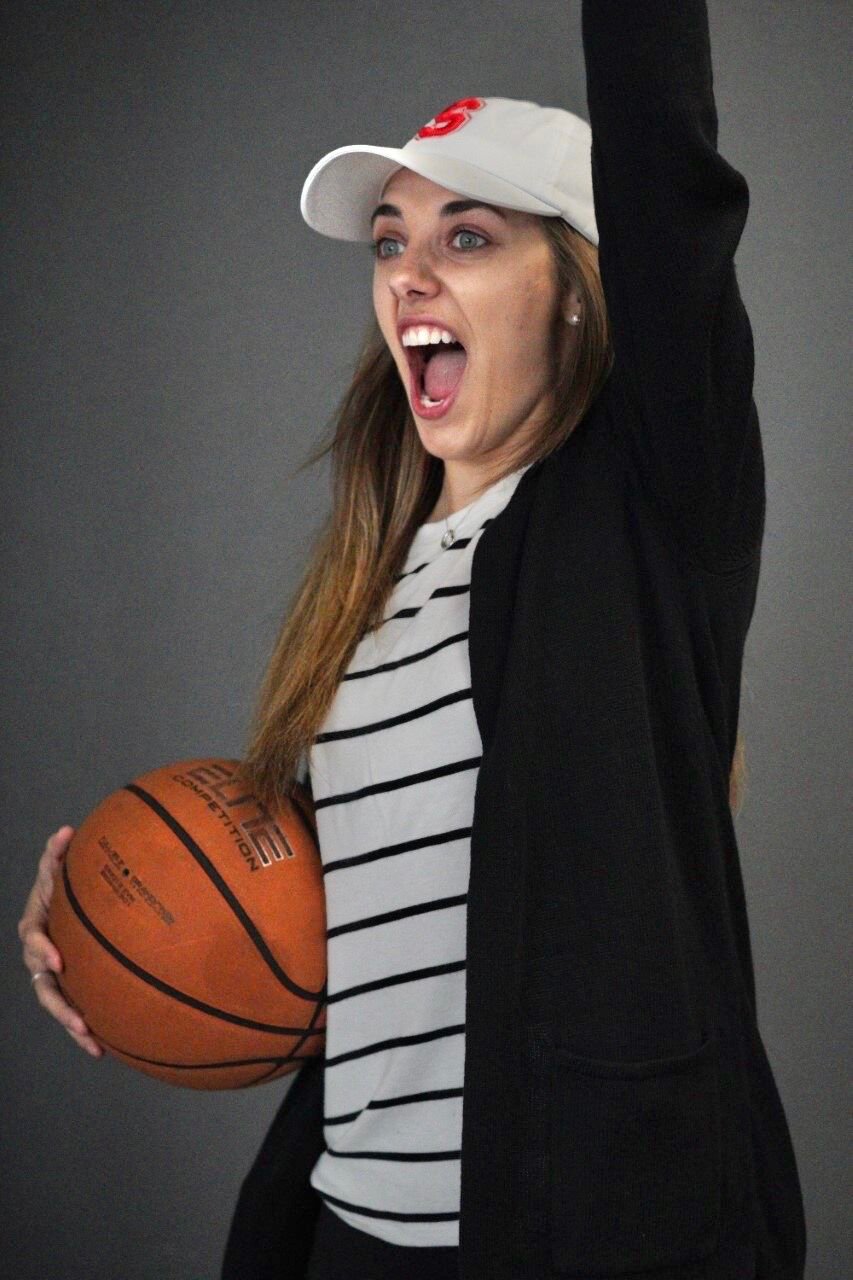 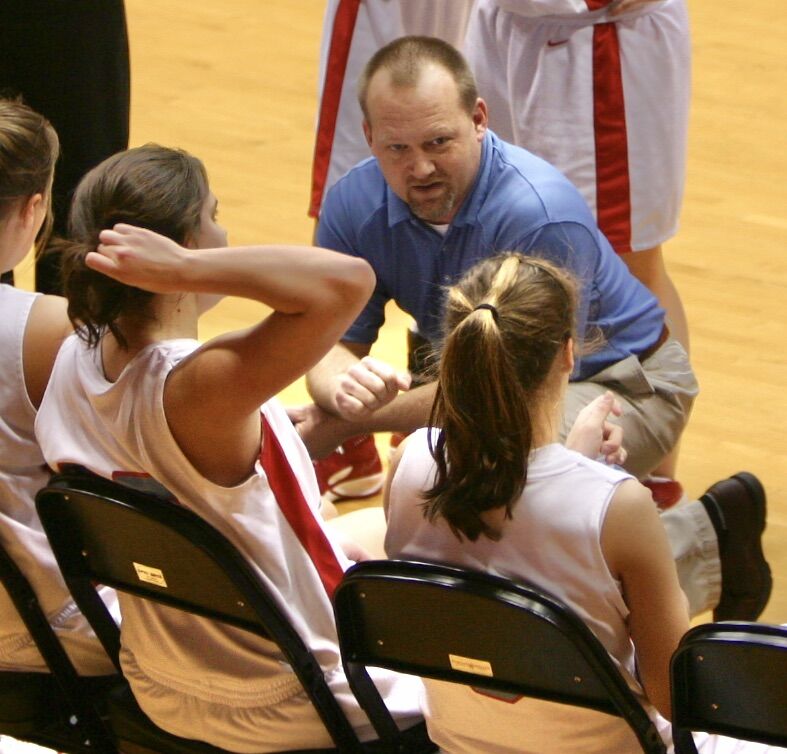 In his days as the Seaside coach, Mike Jacobson talks with Marla Olstedt in a 2008 state tournament game.

Marla Olstedt previously served as an assistant coach for Mike Hawes at Seaside. The girls basketball program now belongs to Olstedt, a former player for the Gulls.

In his days as the Seaside coach, Mike Jacobson talks with Marla Olstedt in a 2008 state tournament game.

In their original revised schedule because of the coronavirus pandemic, the Lady Gulls were set to open their shortened 2021 winter season in a nonleague game against Vernonia. It also would have been the first varsity basketball game in Seaside’s new high school building.

Unfortunately, action on the new court, opening night and Olstedt’s debut will all have to wait for another time.

Everything’s still on hold in the world of Oregon high school sports, but Olstedt and the Gulls will eventually play that first game.

Any delays won’t stop Olstedt from continuing her life’s goal.

“I knew that basketball was always going to play a very big role in my life. What that looked like, I really didn’t know, but I couldn’t be luckier,” she said.

On the bright side, she tells herself, “I’m coaching for my alma mater, our program is supported by a great community and I’ve got a program with great girls.”

The Gulls also would have played a home game Monday night against Knappa. Whenever that first game comes, Olstedt has been well trained for the moment.

“I’ve been very fortunate to have great mentors who have helped me along the way,” Olstedt said. “Between my high school coach (Jacobson) and my college coach Chad Meadors (Lower Columbia College), they’ve been great resources for my growth as a coach.

“Coaching alongside Mike Hawes was a great experience the last couple years, allowing me to help make decisions at the varsity level,” she added.

“Being involved in the (basketball) program the last five-plus years, I have great relationships with the girls at all levels,” Olstedt said. “We will make sure all grade levels continue to be supported from the high school level.”

“Traditions are a big thing in our program. Just last week, I asked the high school girls their favorite memory to date,” Olstedt said. “The majority said our annual Cedar Ridge trip with grade levels four to 12. Three days of having fun with their peers. That won’t change.”

Meanwhile, high school athletes and coaches in Oregon have been through a lot since September — yet none have played or coached in a single game.

“What a wild six months it’s been,” said Olstedt, who keeps herself busy by working in sales and marketing at Lum’s Auto Center. “As for our program, we have been offering voluntary workouts two to three times a week when the weather permits. Due to our county’s risk level, all workouts have taken place outdoors, most often at Broadway Park.”

The winter sports season — basketball, wrestling, swimming — is scheduled to take place the second week of May through June — when high schools are seeing their best weather of the school year.

Winter sports should be getting players who are in great shape, playing their third different sport in three months.

“We’ll be the final sports season of the year, so the girls will be in great shape to get on the court,” Olstedt said. “We just have to make sure they are prepared for each day. A regular season flies. I can’t imagine how quickly these six weeks will go. Whatever it looks like, I’m ready for these girls to get back in the classroom, on the court, field, etc.”

And, “being that our season begins in May, we’ve included more conditioning and injury prevention drills in our workouts for the girls to prepare for their upcoming fall season. My hope is to prepare them the best we can. I’d hate to see any athlete sidelined due to injury in their already shortened season.”

As for basketball, “I look forward to getting back on the court,” she said. “These girls have dedicated a lot of time to extracurricular activities and deserve an opportunity to play. We have a senior in our program who shows up to nearly every workout with great optimism for her final season. That’s refreshing to see.”